In most traditions of the world, there is a series of beliefs about birds.

These meanings have been described in many popular songs or they have been inserted into a multitude of poems or fairy tales.

The stork is considered a holy bird that should not be killed or upset in any way.

In some countries, it is believed that if someone damages its nest, the bird catches fire and sets the house where it built its nest on fire.

The Bulgarians believe that the relatives of the one who ruins the stork’s nest will die.

The Germans have a series of beliefs about the stork as well.

Thus, they believe that storks keep the house safe from evil spirits. Moreover, if you hear a stork singing, it means you’re on the right track in your life.

The swallow is also a bird that must be protected. Spoiling its nest, taking its chicklings, and tormenting it are considered great sins.

The French believe that the swallow brings luck to the house where it builds its nest, and the Germans consider that those who will be inhospitable with the swallow will experience great misfortune.

If you hear a swallow singing, it means luck is on its way.

Hearing a heron signing may predict health problems, especially in your children.

The redbreast is a holy bird to the inhabitants of Romania, where a person who is very thirsty is often told: “You are as thirsty as a redbreast.”

According to Romanian folklore, the redbreast birds are cursed by God to drink water only when it rains.

In Germany, this bird is believed to guard the house against lightning during storms. If you hear a redbreast singing, it means some sufferings are about to end. 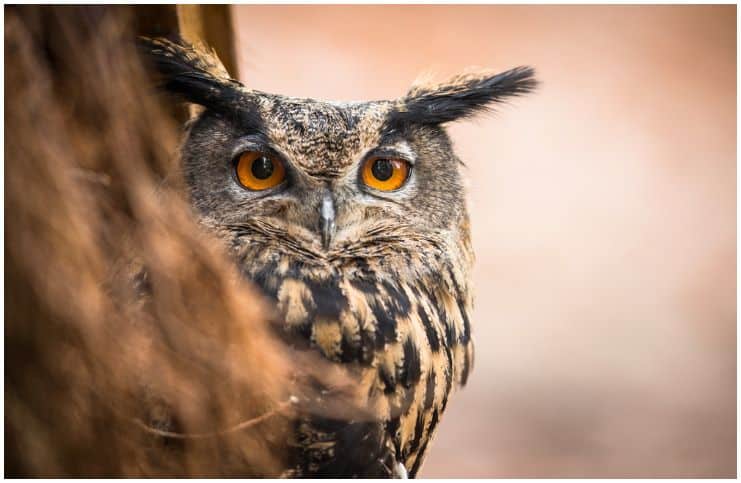 The owl is a nocturnal bird, often associated with death, mourning, and bad premonitions. In many countries, these birds are associated with charms, and witches sometimes use them for spells or disguise themselves as owls.

Although it was generally considered inauspicious, the owl also represented protection against evil. However, in fairy tales and stories, owls are often kind and wise.

Moreover, this bird was very much loved in Greek mythology – the owl belonged to Athens, the goddess of wisdom, and it was her symbol.

It is often said that pigeons bring misfortune. In some areas, it is believed that the house where pigeons grow and dwell will be deserted and many misfortunes will hunt that house.

Because of this, the inhabitants of these areas do not let pigeons stay in their yards.

A singing pigeon may predict important changes in your love life. 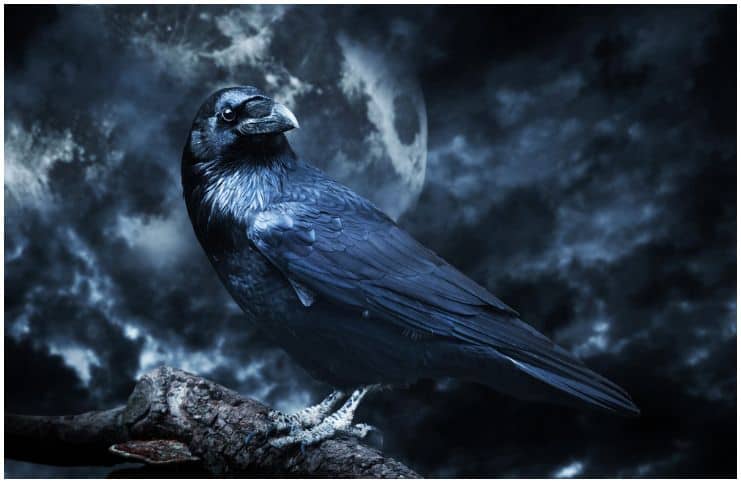 The raven, grimy black, with its strong beak and bright eyes, is mostly regarded as a bringer of death. The supernatural raven, known by the name of ”turnfalken,” is even scarier; it has haunted the Habsburgs, the most powerful dynasty in Europe, for centuries.

However, it must not be killed. “Witches use it for serious illness. The raven’s feathers are also used for good spells. Raven grease is good for deafness.

If you kill or shoot a raven, it won’t rain for three years. (…) For the Romanian people, the raven is droll; it receives various assignments and is sent in various missions. All you have to do is open a book of Romanian fairy tales to see this,” Gheorghe Ciausanu says.

Instead, the Germans believe this bird brings good news. If you hear a raven singing, it means you have to stop a little and consider the messages that are sent to you.

When a magpie sits on the fence or sings next to the house, it is a sign that relatives will come to visit. When there are more birds gathered in one place, then they predict bad times.

In China, the magpie brings good luck, and great misfortune will follow anyone who kills it. In some countries in Europe, it is inauspicious to kill it, as it is said to be the devil’s bird.

It’s bad luck to see a magpie alone or to see a flock of magpies, as it is said they are up to something bad. However, a pair of magpies is a good sign, and one magpie sitting on the roof protects the house.

The crow predicts rainy days and is used in witchcraft. 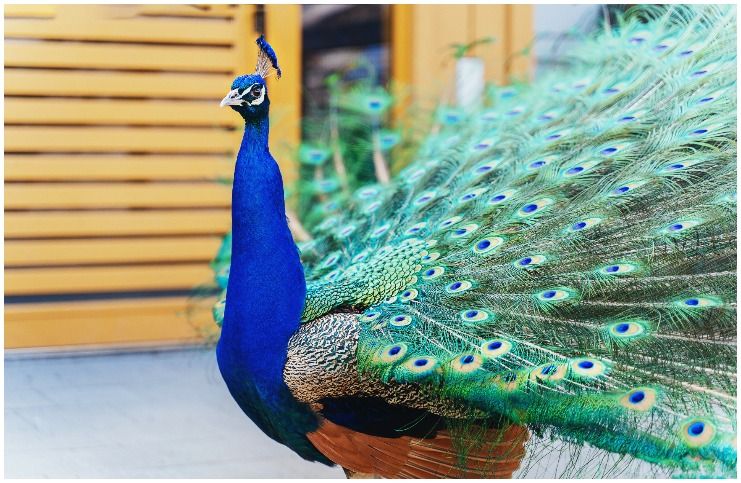 The peacock, native to southern Asia, has a magnificent tail and a shout that could raise the dead.

It is the sacred bird in Hindu mythology, associated with Indra, the god of thunder, and is said to dance, signaling the coming of rain.

In Chinese mythology, it symbolizes dignity and beauty. In Christian art, the peacock represents the Resurrection, because its feathers fall only to grow again. 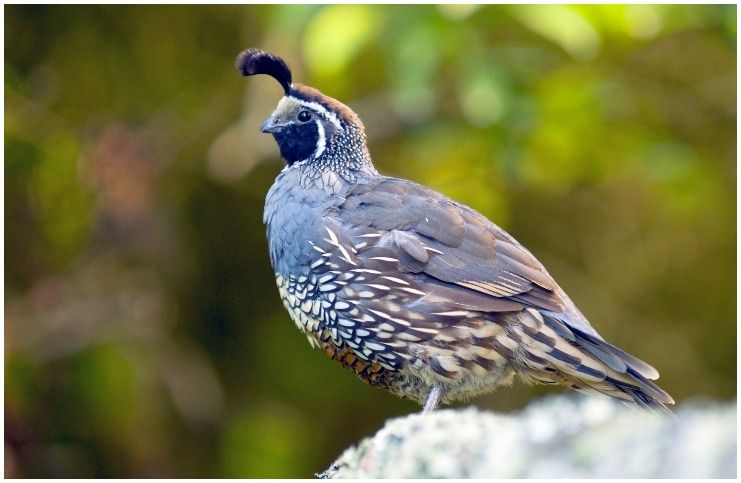 The quail – it is said that when you hear it for the first time in a year and you haven’t eaten, things will go wrong the whole year. 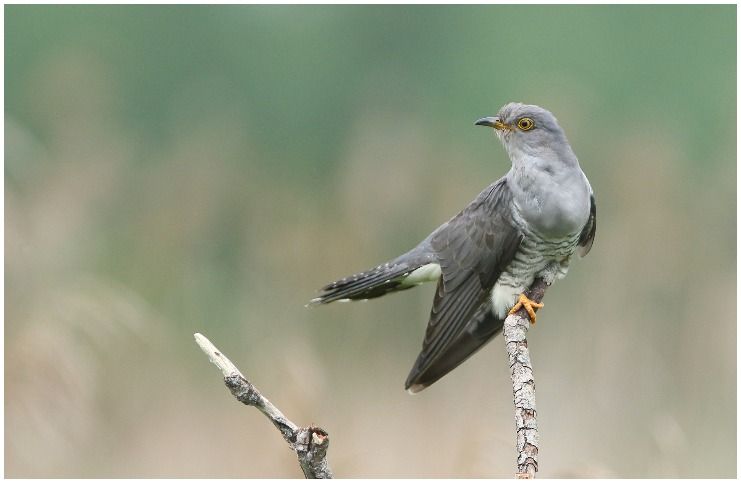 According to German folklore, the cuckoo is a mysterious bird that has strong connections with people’s fate.

The Germans think that the number of times one hears this bird singing “cu-ckoo” reveals the number of years left to live. The cuckoo singing many times brings great joy to those who hear it, for they think they will live for many years; on the other hand, if they hear it singing only once, they will be deeply saddened, thinking they might die soon.

The cuckoo’s song may even predict how soon the girls or the boys will get married. If the bird is silent, it is a sign that they will soon be married.

It is also a strong belief that if you hear the cuckoo singing and you have money in your pocket, you will have money for the rest of the year and you will be healthy. The cuckoo’s song is heard at the beginning of spring and is considered a symbol of abundance.

READ THIS NEXT: Spiritual Meaning of Pearls