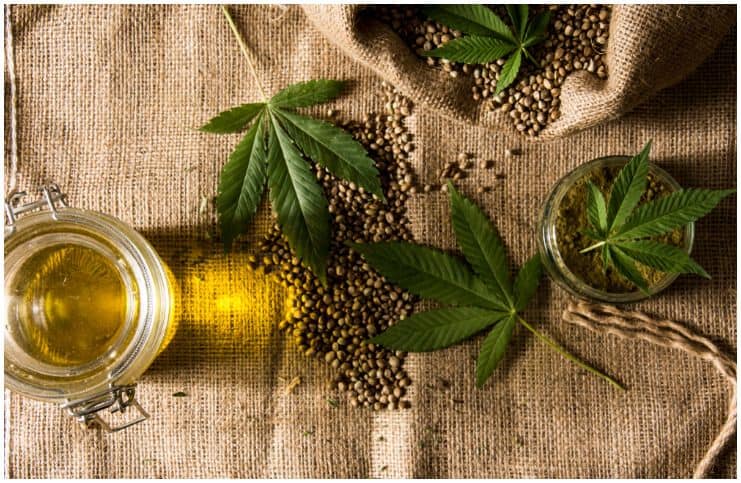 Marijuana is made from the dried buds and leaves of the Cannabis sativa plant.

With a wide variety of health benefits, marijuana has been used for generations to heal and treat common afflictions. From reducing inflammation to decreasing anxiety, marijuana can be used in many ways to improve one’s quality of life.

An estimated 159 million people around the world use marijuana, according to the United Nations. Also, more than 95 million Americans have admitted using it at least once.

Marijuana is often used to reduce nausea in patients prone to vomiting. For example, doctors often prescribe medical marijuana to their chemotherapy patients to help ease their symptoms of nausea.

According to certain studies of chemotherapy patients, cannabis offers a 70% – 100% relief of vomiting and nausea.

Whether it’s for medical reasons or simply personal ones, many people that have difficulty gaining weight turn to marijuana to help stimulate their appetite.

In addition to treating some of the more pervasive symptoms associated with diseases, many people rely on marijuana to decrease their anxiety.

Researchers hold that regular use of marijuana from a mail-order dispensary works to improve one’s mood while acting as a sedative as well. When consumed in smaller doses, marijuana works to actively reduce anxiety, though higher doses are linked to an increase of paranoia.

A reduced level of anxiety is also good for bulimia sufferers since anxiety (especially social anxiety) can trigger bulimia nervosa.

Patients with epilepsy are often prescribed cannabidiol oil. This derivative of marijuana effectively reduces seizure by 39%, according to a study of children with Dravet syndrome.

This CBD oil doesn’t contain THC, which guarantees that its users won’t experience the psychological side effects associated with THC.

Another popular benefit of marijuana is its effectiveness in alleviating chronic pain. While most people use the likes of over-the-counter and prescription medication to handle this pain, marijuana’s effects are comparable in reducing pain.

Multiple studies link marijuana use to a decrease in chronic neuropathic pain that many people experience as a result of some of the most widespread syndromes and diseases.

Marijuana has been regarded as an effective treatment for headaches for years. While most headaches can be treated with the likes of acetaminophen, most people have no luck when it comes to treating migraines.

With the help of marijuana, individuals with migraines can trigger their endocannabinoid system to reduce the inflammatory and physiological components associated with migraine attacks.

Osteoporosis causes an increased risk of bone fractures as a result of a loss of bone density. The cannabinoid receptor in the brain is considered to be a stimulant of bone formation.

As this receptor is activated by marijuana (particularly THC), studies show that marijuana is an effective treatment for fighting osteoporosis and its symptoms.

Lupus is an autoimmune disorder that causes the body to attack itself. Certain chemicals that are present in marijuana helps to calm one’s immune system.

As a treatment for lupus, marijuana helps treat symptomatic pain and eliminate nausea, and similar issues.

As nightmares have a variety of triggers, they can be quite difficult to treat. However, studies show that using marijuana to eliminate nightmares it particularly helpful.

As marijuana works to interrupt REM sleep (the stage of the sleep cycle known for dreams), many people that would otherwise experience nightmares don’t have the opportunity to do so.

PTSD is a complicated issue to treat, but many studies show that marijuana plays an instrumental role in doing so. The cannabinoids in marijuana help to control the way the body experiences anxiety and fear.

Regardless of whether the marijuana is vaporized or smoked, experts hold that it is an effective treatment for PTSD.

Marijuana accounts for 17 percent of admissions to treatment facilities in the United States, second only to opiates among illicit substances. This happens since marijuana has mind-altering compounds which affect both the body and brain.

Some of the effects include:

Additionally, it may increase the effects of other drugs which cause drowsiness, including: