What is the spiritual meaning of colors?

All colors have meaning.

Whether it’s pink, blue, violet, orange, or green, everything has a spiritual connection and otherworldly relation.

They evoke emotions and feelings.

If you’ve ever wondered why people tend to have very strong opinions regarding color preferences, the spiritual connection is undoubtedly the reason.

Color, no matter the specifics, has an impact on our day-to-day lives — even if you don’t believe us just yet!

Ancient traditions and the globe’s fantastic religions all use color as a way to manifest and symbolize both the positives and the negatives in life. So why shouldn’t you tap into this profoundness?

Understanding the Spiritual Meaning of Colors

Once you learn how to decode the spiritual meaning of the colors on our beautiful earth, you will be able to properly set your day’s intentions, reflect on your true self, and outwardly express the things that matter most to you.

Your manifestation efforts become more fruitful once you’ve doused yourself in the knowledge of color spirituality.

It’s about time you learned to live your fullest, color-filled life.

Today, we’re going to teach you all about these meanings. By the end, you’ll have reached a higher level of living. 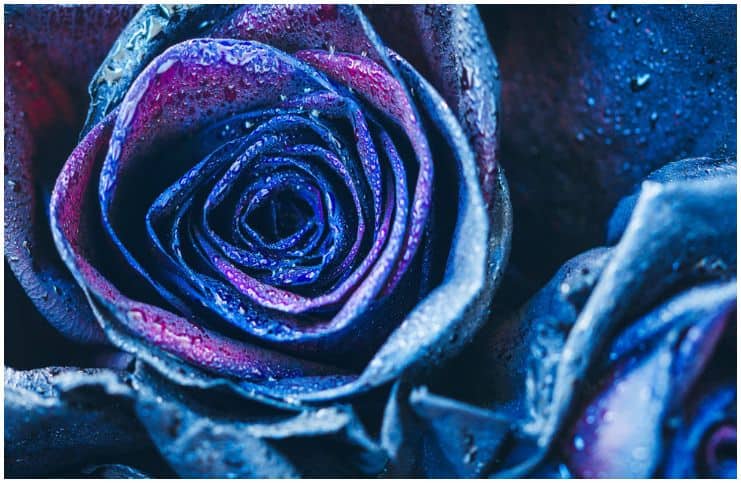 As the lowest color of the rainbow, blue (dark) represents the color of productive function, of the immediate reality, associated with the earth.

Blue has the least amount of substance of all colors, which appears in nature in the translucent and essential form of the sky and waters.

For this reason, spiritually, blue rather symbolizes spiritual power, spirit, and inner peace.

Light blue is the color of meditation, and dark blue is that of dreams.

The conscience surrenders little by little to the subconscious in the same way that the light of the day gradually acquires the dark blue of the night. 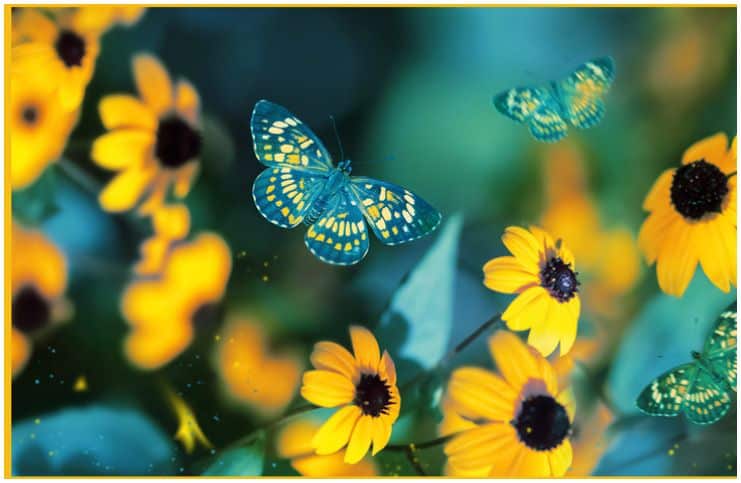 In a worldly sense, yellow signifies in the Hindi tradition the “middle” color associated with the Vaishya caste.

From the spiritual perspective, as the warmest color of the spectrum of light, yellow is connected with the sun and gold, two symbols of spiritual influence, of wisdom.

The transmutation of lead into gold is associated with the rebirth of the being and the resurrection of Jesus.

Located in the middle of the rainbow spectrum, yellow represents the “middle way.”

It symbolizes the channel of communication between heaven and earth, between blue and red.

In ancient China, it was the imperial color. The Emperor ruled over the “Middle Empire” as the sun reigned over the heavens.

Because of its high spiritual characteristics, yellow was often associated with the blackness it came from.

In different traditions of the world, yellow symbolizes the investment of kings and emperors with divine power. 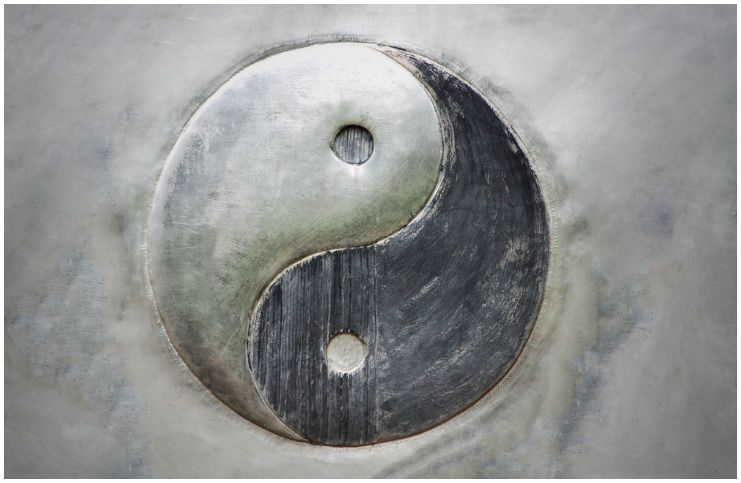 White symbolizes the principle of manifesting the rainbow’s colors and all that exists in the human universe in general. White corresponds to the being reintegrated into the Center of Being, which has surpassed the human stage and has acceded to the superhuman or spiritual one.

White is the color of the druids of the Celtic traditions and the Brahmins (members of the highest caste in Hinduism) of the Hindu tradition. It symbolizes the spiritual and sacerdotal authority/leadership that reigns over the temporal, worldly power.

White also personifies the initiatic path that crosses all spiritual stages and is based on self-confidence and renunciation of the world. Achieving the highest spiritual steps and the Center (of the Being) means returning to the Principle. In contrast to the white color, as the source of the manifestation of what it is, the black color describes the non-manifestation, the absence of color. 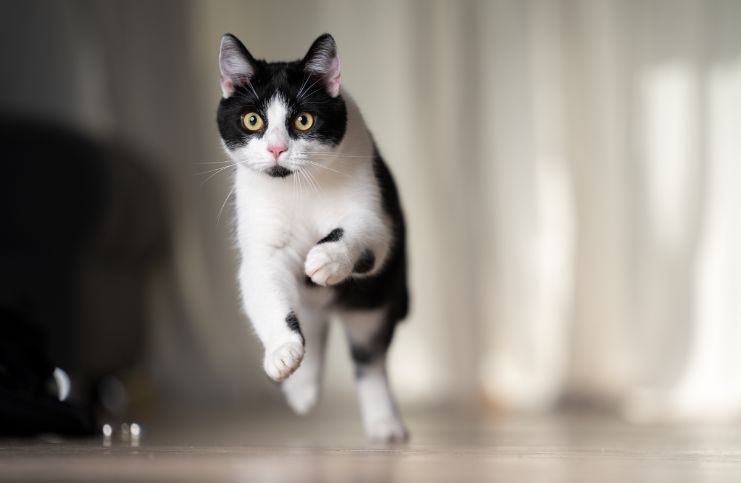 Some initiations of the Islamic tradition include 7 or even 8 steps, the latter being black, a sign of accessing the final step of spiritual fulfillment.

The juxtaposition of white and black symbolizes natural pairs such as light-dark, day-night, yang-yin. Yang’s white and Yin’s black indicate the yang prevalence over yin from the manifestation point of view. This prevalence is accompanied by a profound mutual complement between the two principles, which is reflected in the intertwine between white and black in the yin-yang symbol.

Alternating the white tiles with the black ones on the pavement of Catholic cathedrals has a similar meaning.

The same meaning, found on the chessboard, suggests the constant relationship between the manifestation and non-manifestation by the indefinite number of possible moves. 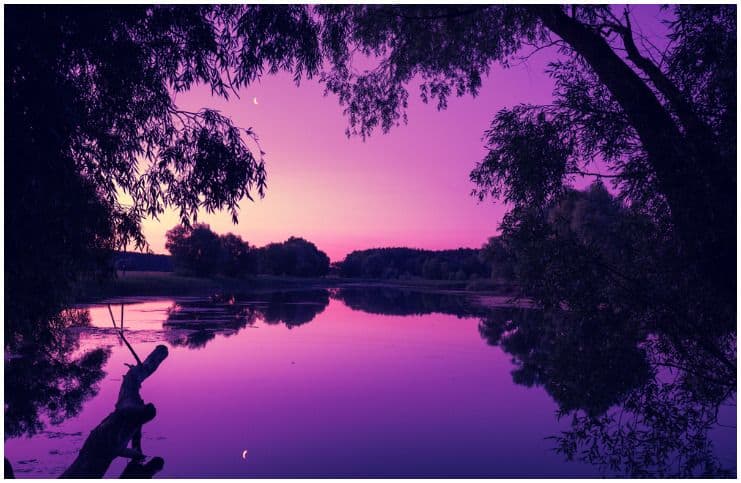 In a worldly sense, violet is the moderation color as it manages to tame the violent red. It is also the meaning of the episcopal vestments (of Catholicism).

The bishop must watch over his flock and moderate the heat of passions.

In the spiritual plane, composed of equal parts of blue and red, purple also defines a balance of colors between heaven and earth.

As opposed to yellow (designating the path from death to rebirth), violet suggests the opposite, that is, the course of life from birth to death. Because of this, Catholic churches are decorated in purple on Good Friday.

Before the Renaissance, many Bibles and other holy books were written in golden letters on a purple background so that the reader always remembers the meaning of the Lord’s passion.

Later, in Western society, purple was designated as the color of mourning. 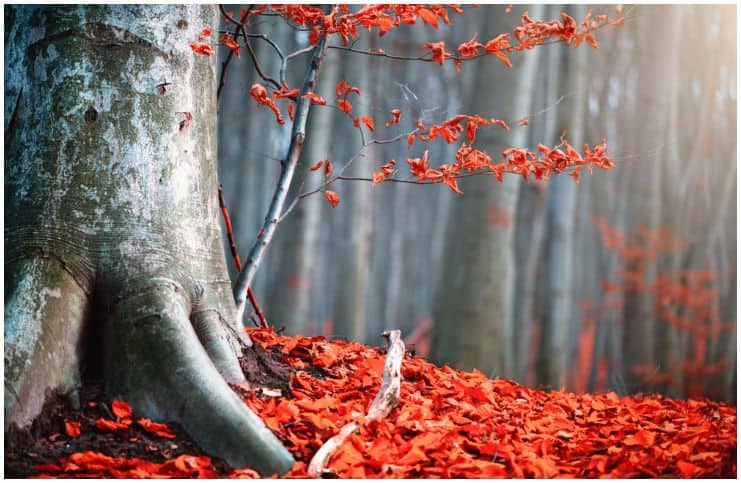 From a worldly perspective, as the color of the arson of the enemy’s fortifications and the bloodshed during the wars, red is the symbol of courage and, in a broader perspective, the power within this world.

As the top color of the rainbow, red corresponds to the highest rank in the temporal or worldly hierarchy, a rank traditionally attributed to the warriors and their ruler, the king. It is the color of Kshatriya, the second in rank after the brahmans in the Hindu tradition.

The red cross of the warrior monks of the Templar Knights has the same meaning.

The Catholic Church considers this color the symbol of the sovereignty of the Cardinals.

From a spiritual perspective, if white symbolizes sacerdotal authority over the principle of knowledge, red represents sacerdotal temporal power. In this sense, red symbolizes love for the divine principle. 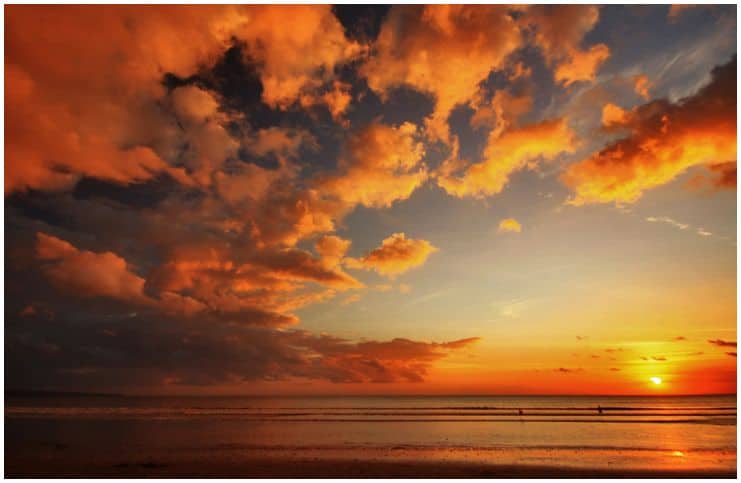 In other words, orange characterizes both the flight to the light and the downward road to the darkness (ignorance).

Spiritually, as a mixture of yellow and red, orange is a combination of spiritual gold and temporal, worldly red, symbolizing the balance between the heavenly world and the terrestrial world, that is to say, a deep justice or harmony.

For this reason, Dionysus is portrayed in orange. 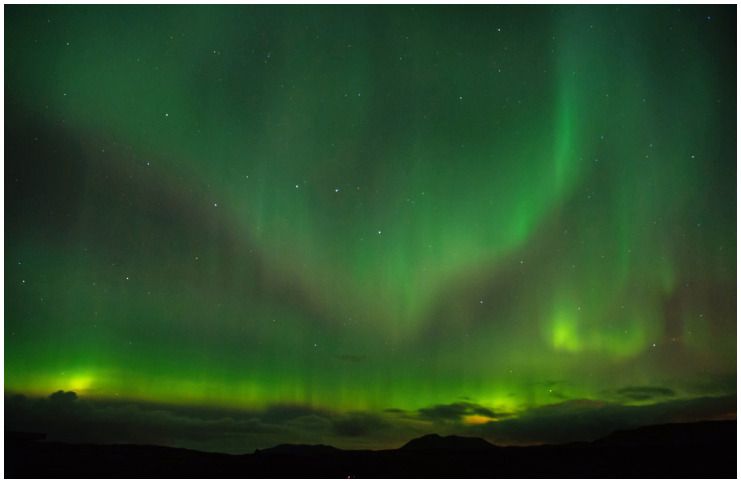 The most common color of the vegetation, green, represents, from a worldly point of view, both the plants’ life and their decomposition. For this reason, green is related to the cycle of death and rebirth.

Moreover, positioned between the so-called warm colors (red, orange, yellow) and the cool ones (blue, purple), green is the color of neutrality, serenity, calm, and hope.

In the spiritual plane, as a combination of blue and yellow, green is the color of awakening, regeneration, and access to spiritual knowledge.

Myths often refer to the way green and red complement each other.

In Egyptian tradition, Osiris’s body (green) was brought back to life by Isis (red).

In the Christian version of the Holy Grail, the emerald vessel (green) contained the blood of the Lord (red) as a human being.

READ THIS NEXT: Spiritual Meaning of Finding Pennies

A recent death of a love on , i was confronted with grief. few after the demised, one night before going to bed, columns of soft green light flashed from the bottom of the headboard upward. stunned by the sight, i was mesmerized and kind of was in a trance . the whole episode last about 5-7 seconds but the feeling of peace and tranquility was indescribable.

@francisco, who was it 7 means directly link with Father and 22 is peace for humanity... 5-7 as you put means change is coming while physically linked/aligned with/to Father...

You can achieve the same Result by envisioning your 3rd eye connecting to the flame of a candle in a dark room and by Focusing on your positive energy radiating from you into the candle. The resulting radiance comes from deep inside you: joy, happiness, spiritual peacefulness all show from the light of the candle if you are in Tune with your spiritual self.