The black cat has been the source of more superstitions than any other animal. In some cultures blamed, in others adored, the black cat has walked on very thin ice through history.

Even nowadays, some people in the countryside still think that there are evil spirits hidden in all black cats.

If we think rationally, then we will realize that the black cat is just another animal that needs attention and affection. There are many black cat owners that will tell you how fascinating and cute these cats are.

But let’s see where these myths come from and how they have influenced the destiny of these cats.

In some regions of the world, there is a superstition that the black cat brings bad luck: when you see it, you have to take three steps back.

In the Christian tradition – and many others – black is the color of funeral ceremonies, and meeting a black cat along your path is considered inauspicious.

The origin of this superstition is, in part, related to the fact that black cats have always been associated with witches and black magic.

There are many stories that say witches could turn into cats to better camouflage in the darkness of the night and reach any place to cast their spells.

A British story says that many witches have gathered in a castle. In the evening, they would turn into big, black cats.

The nearby villagers decided to wait in ambush and kill them. Instead, when entering the castle, they were attacked by dozens of fierce cats.

The villagers hit as many cats as they could. Some of the people were killed, while others returned to the village. The next day, some of the unmarried old women from the village had bruises on their bodies caused by clubs. 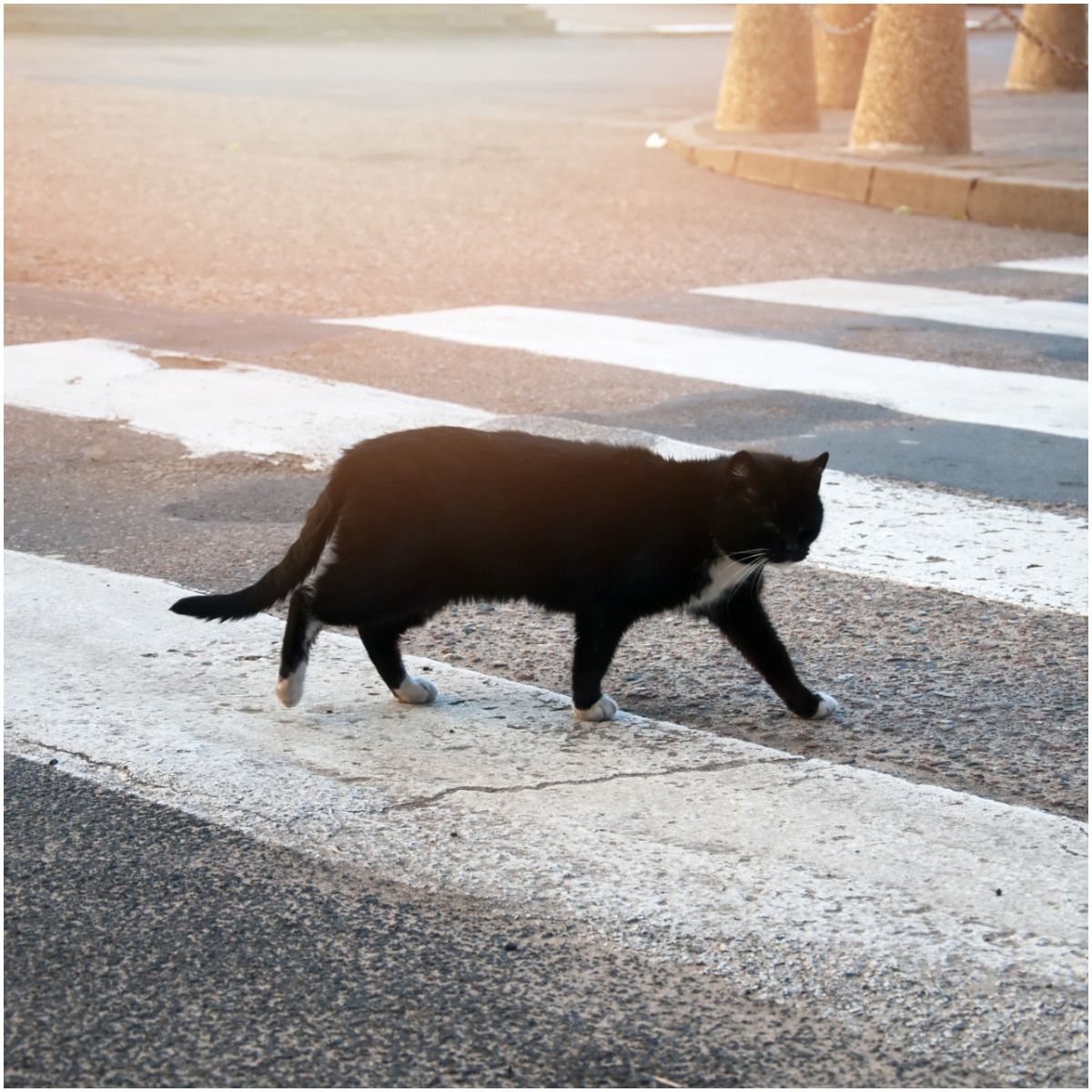 If something bad happened in a village, then the old woman who had a black cat was considered the source of misfortune and was burned on the rug along with her cat.

In China, the black cat brings hunger and trouble to that family. In Italy, if a black cat would sit on a patient’s bed, he would die.

In the US and much of Europe, there is a myth according to which it is unfortunate if a black cat crosses your path; 3 or 13 steps should be taken back to get rid of this curse.

In other countries, this curse is half-believed. If the cat comes to you, it is a sign of good luck. Suddenly changing its direction represents a great misfortune.

Britons in Yorkshire have contradictory feelings about the black cat. They think it’s auspicious to have a black cat, but it brings a lot of bad luck if it cuts your way.

In Germany, meeting a black cat can have two meanings. If the cat passes from right to left, it is not a good sign, but if it passes from your left to the right, it means you will be very lucky in life.

In Christianity, a man’s death and all funeral rituals are dressed in black. That’s why the black cat is a negative symbol for Christians.

In addition, black is considered an elegant, sophisticated color that offers the wearer a black aura of mystery. 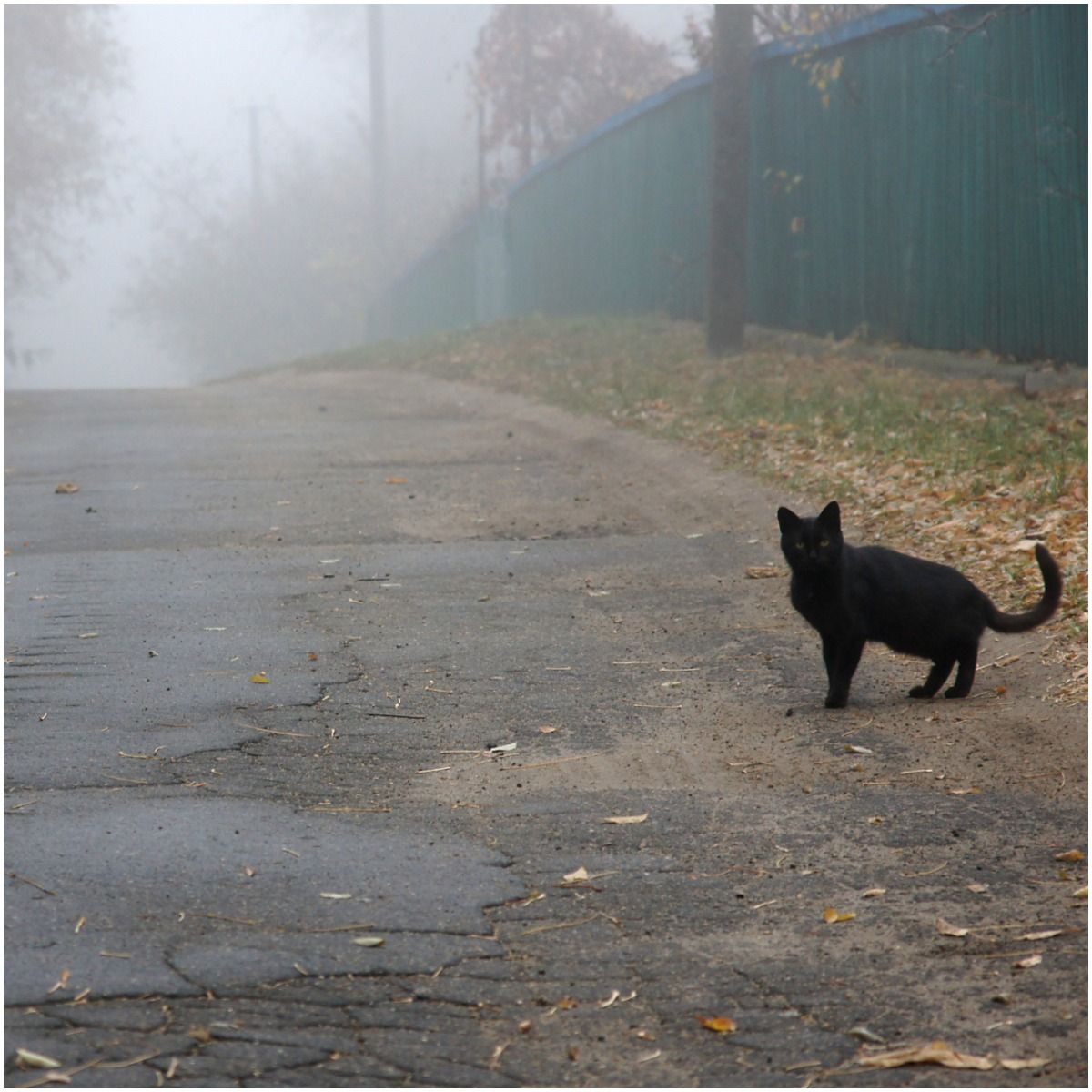 It is said that wearing black clothes sends this message: “I do not want energy from you, and I do not want to give you” – maybe that is why black is worn during the mourning period.

In the US, during Halloween, it is believed that spirits are coming back from the dead as black cats.

Who would have guessed that the black cat’s symbolism has a positive side as well?

In Japan, the UK, parts of Asia and Europe, when a black cat cuts your way, you should smile. It is a sign of great luck and welfare.

Charles I, The King of England, owned a black cat. He was convinced that the cat is his lucky charm, so he had people guarding it day and night. Coincidence or not, just one day after his cat died, the king was arrested, tried, and beheaded.

The Egyptians worshiped the black cats because they considered them the reincarnation of goddess Bast (the goddess was worshipped in Lower Egypt and Bubastis, initially as a lioness goddess, a role shared by other deities, like – Sekhmet). Cats were mummified and buried with their owners. 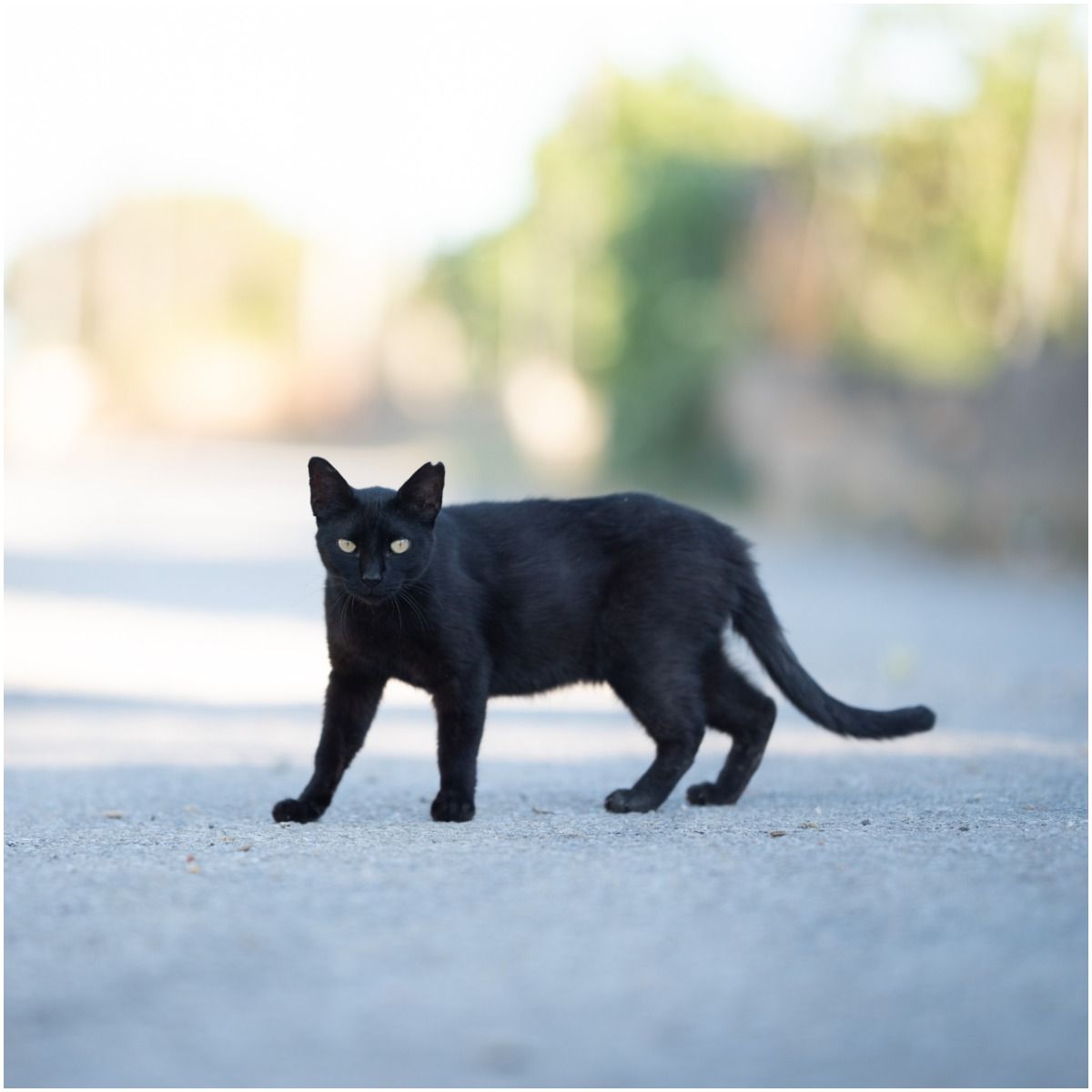 In Latvia, if a farmer finds a black cat in his crops, he will have a rich and high-quality harvest.

In England, fishermen’s wives kept a black cat around the house in the belief that it would protect their husbands in the sea from storms and accidents. The black cats were so coveted that they were often stolen.

Petting a black cat’s coat brings health and well-being. The same thing applies if a foreign black cat comes into your yard and door. If you kick the cat out of the house, you also lose your luck.

The French think that each black cat has a white hair. If you find and snatch it, without being scratched, you have secured yourself a brilliant future.

It is up to you which side of the black cat’s symbolism you want to embrace. Superstitious or not, myths will always surround these cats. It is certain that cats, black or not, are extraordinary, very affectionate, playful, and funny pets.

READ THIS NEXT: Wasp – Spiritual Meaning

I relapsed got on the bus at noon exactly a black cat ran across the path of the bus the first person we picked up was dressed like Little Red Riding Hood she was a very old lady and she had a hoodie was red and her whole suit was read the next person got on looks like he had all black on so I said like death Had..... got on and then the next person that got on looks like the Unabomber he had a gray hoodie on with shades and I had just smoked a joint I had just relapsed and I told the dude in the back of the bus with me oh man this is like too much I got to get off right here