Famous People Who Are Jehovah’s Witnesses:

Jehovah’s Witnesses is a Christian denomination with nontrinitarian beliefs distinct from mainstream Christianity.

In the present day, there are more than 8.4 million active members worldwide in over 110,000 congregations.

“We avoid taking blood not only in obedience to God but also out of respect for him as the Giver of life.”

JWs do not celebrate the classic Christian holidays of Christmas and Easter since they consider to have pagan origins incompatible with Christianity.

Also, JWs do not stand for national anthems, vote, salute flags, or serve in the military.

They believe that Jesus Christ was not divine, and instead see the Holy Spirit as an “active force” and not just a person.

Jehovah’s Witnesses practice door-to-door ministry since they believe it is an effective way to fulfill the Great Commission.

List Of 10 Famous People Who Are (Or Were) Jehovah’s Witnesses: 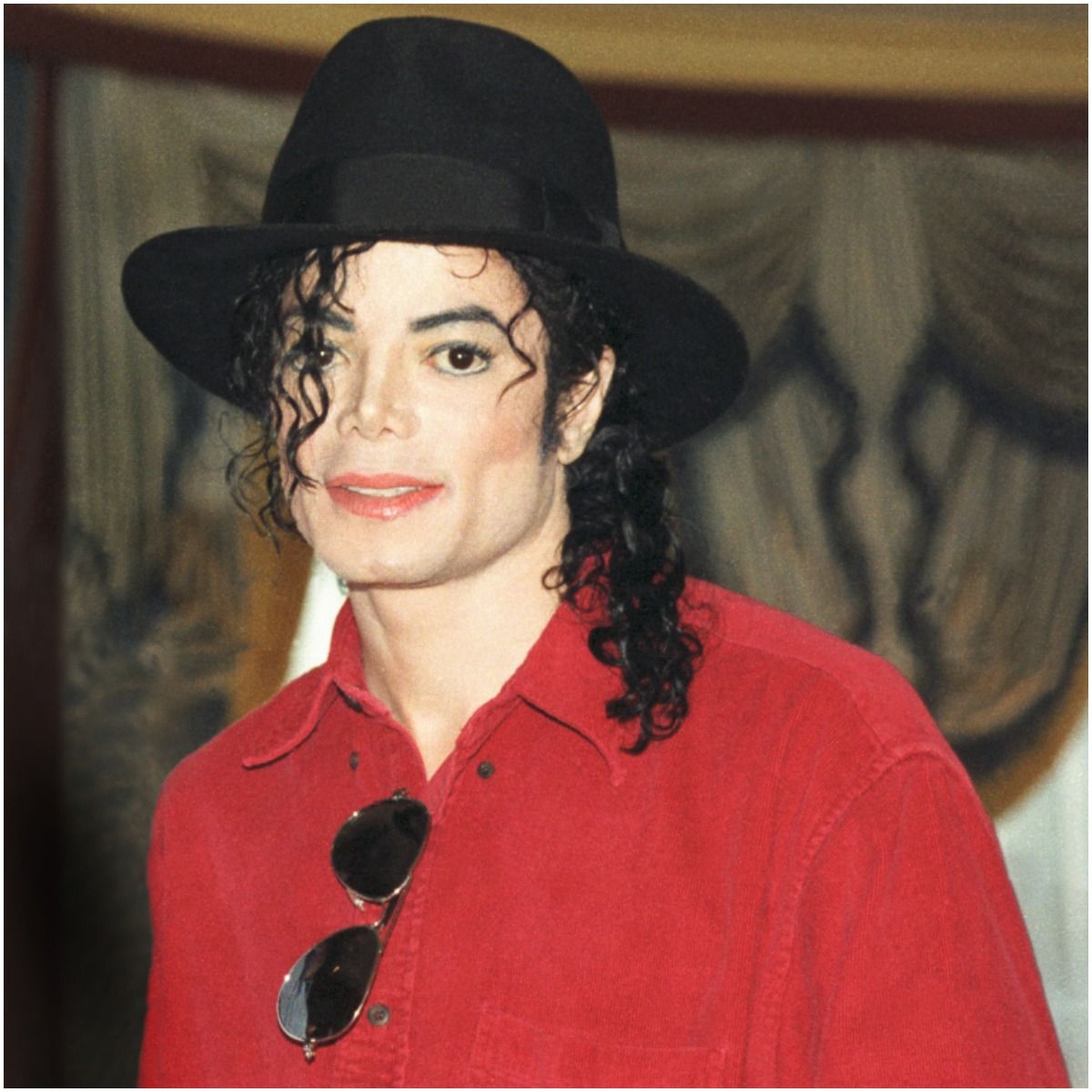 His mother converted to the sect in 1963, when Michael was only five years old. According to La Toya:

“Michael and I were very active in the Jehovah’s Witness faith. … Five days a week the two of us and Mother studied the Bible at home and attended the Kingdom Hall.”

”… Every morning Michael and I witnessed, knocking on doors around Los Angeles, spreading the word of Jehovah. … As my brother’s fame grew, he had to don convincing disguises, like a rubber fat suit he bought years later,…”

Due to his ”Smooth Criminal” video, in which he held a shotgun, Michael Jackson was officially shunned by JWs. 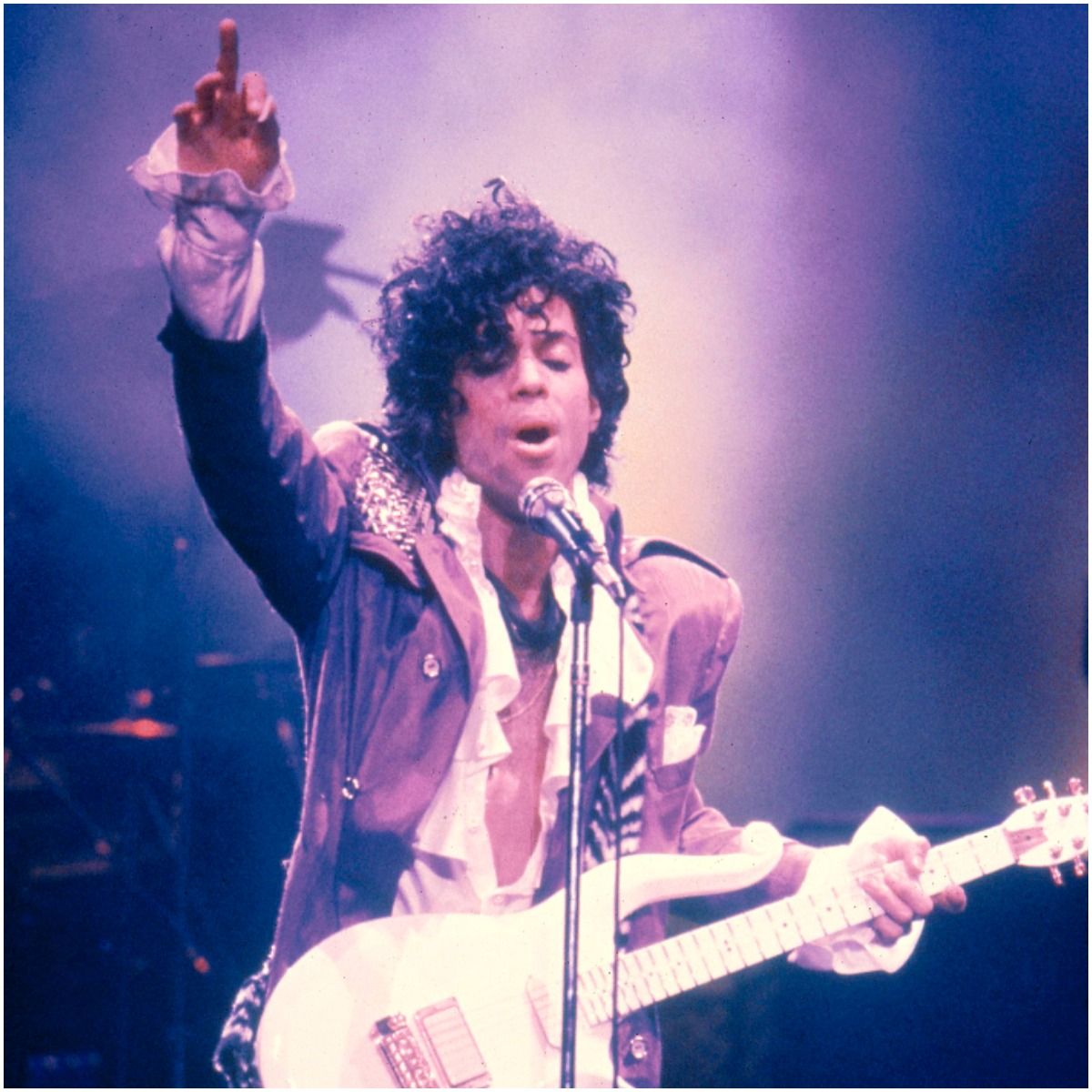 Legendary singer Prince, who passed away in April 2016, was raised as a Seventh-Day Adventist. In 2001, Prince converted to the faith, following the death of his mother. He was introduced to the faith by Larry Graham, the bassist for Sly & The Family Stone, an American band from San Francisco.

In a 2008 interview with The New Yorker, Prince said about his conversion and interest in JWs:

“I don’t see it really as a conversion. More, you know, it’s a realization. It’s like Morpheus and Neo in The Matrix.”

Prince even remixed some JW songs of worship to show his sincere devotion. But the Watchtower Society, the governing body of Jehovah’s Witnesses, sent him a letter explaining that the songs were copyrighted.

According to reports, he would attend meetings at a local Kingdom Hall and would from time to time knock on doors to speak about Jehovah’s Witnesses. During a 2008 interview, Prince quoted: 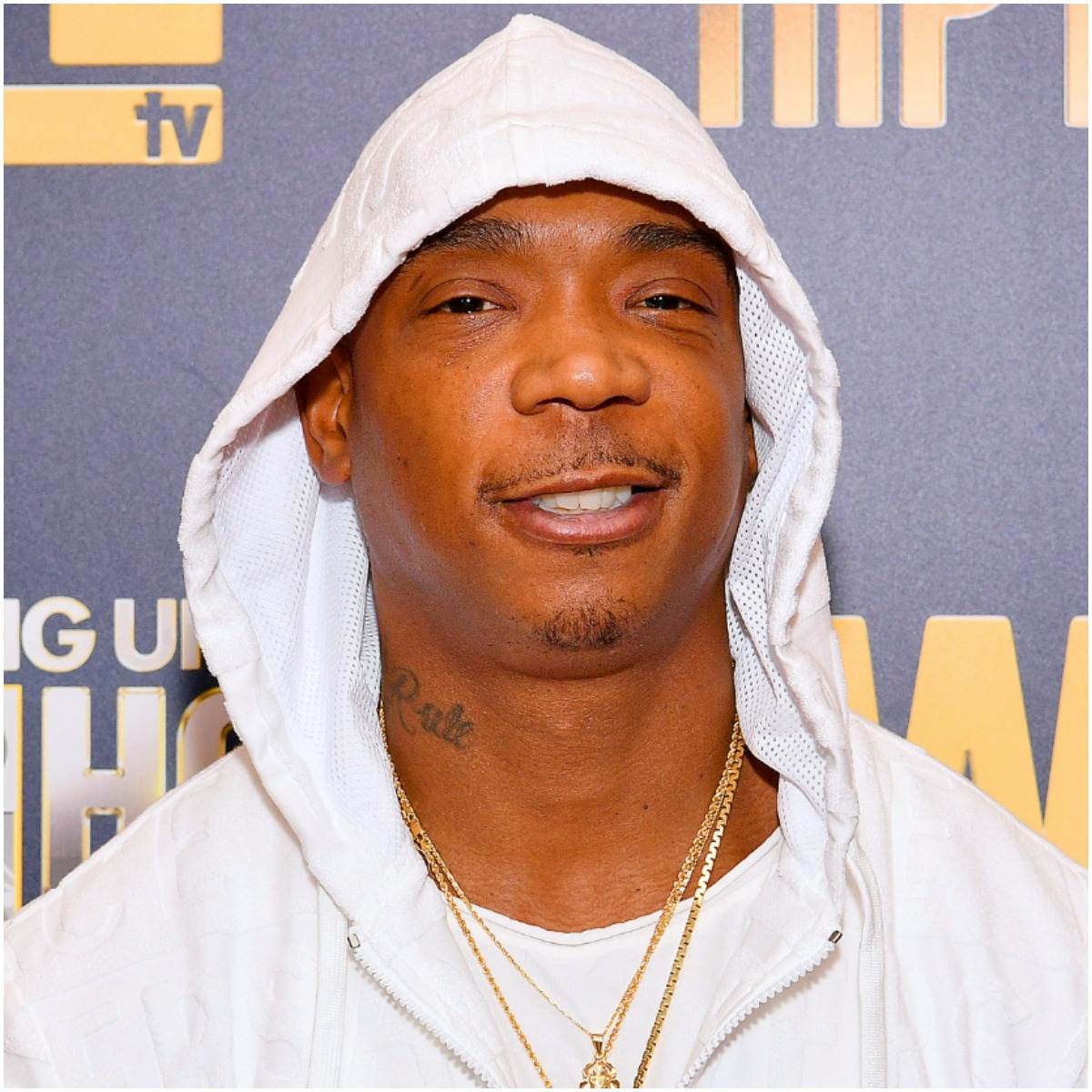 Ja Rule was raised as a Jehovah’s Witness. He said:

“I was living with my grandmother at the time. My mom would get me on the weekends and stuff like that.”

”And then they were like, ‘You’re not gonna be able to go with your mom on the weekends anymore.’ I didn’t understand it like that. And I was like, ‘Well that’s not gonna fly, and I’m leaving here and gonna live with my mother.'”

“We were kinda like the black sheep now. Nobody was dealing with my mother, and that was crazy.” 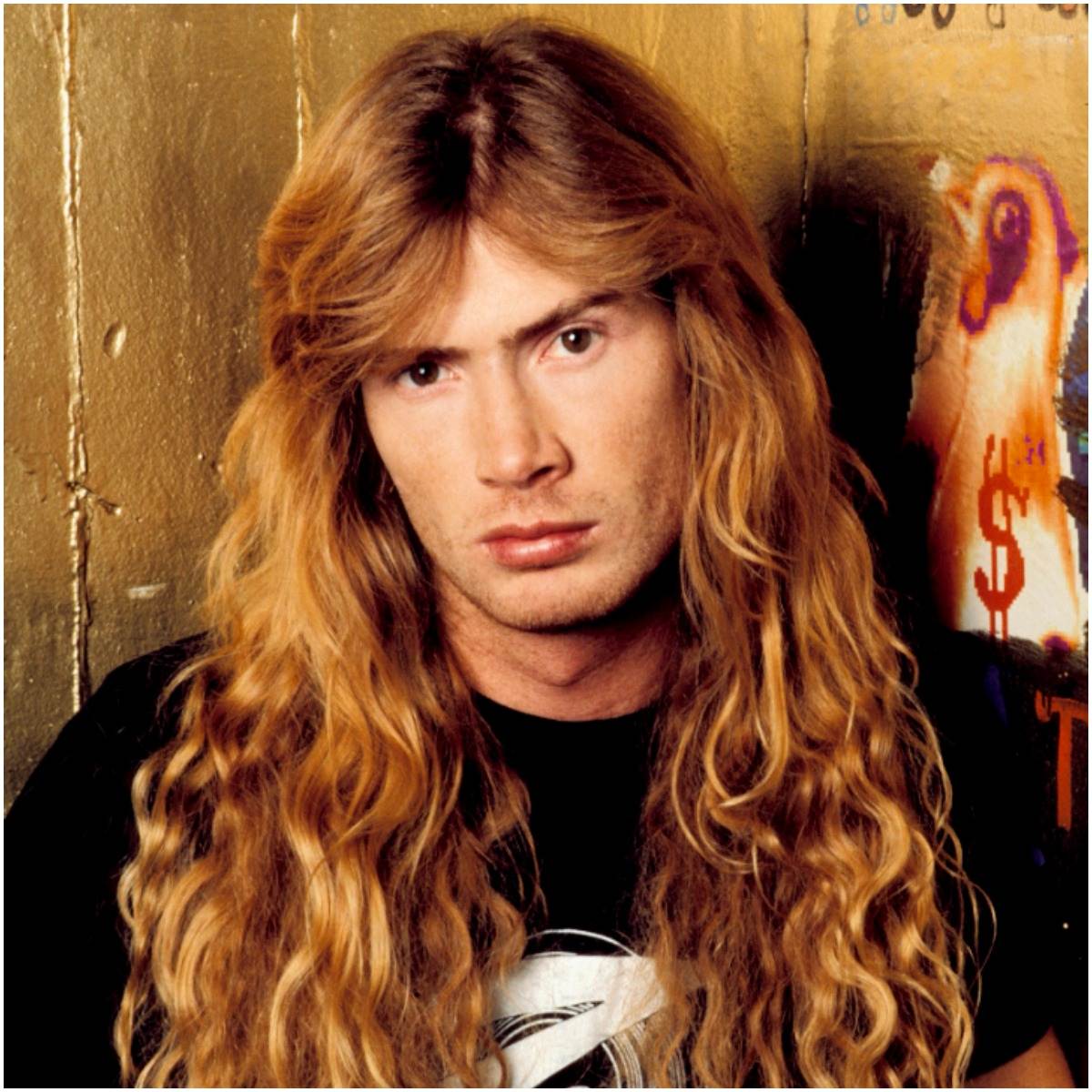 Mustaine is best known as the co-founder, guitarist, lead vocalist, and main songwriter of the heavy metal band Megadeth. Dave was also brought up as a Jehovah’s Witness. Mustaine said:

“My mum became a Jehovah’s Witness when I was seven, and that totally ruined my life.”

”When everybody stands up and does the Pledge of Allegiance, and you’ve got to stand like a dork with your hands at your sides, and everybody’s having birthdays and you’re not, and no Christmas, and you can’t have any friends because they’re all Pagan – that really scared me.” 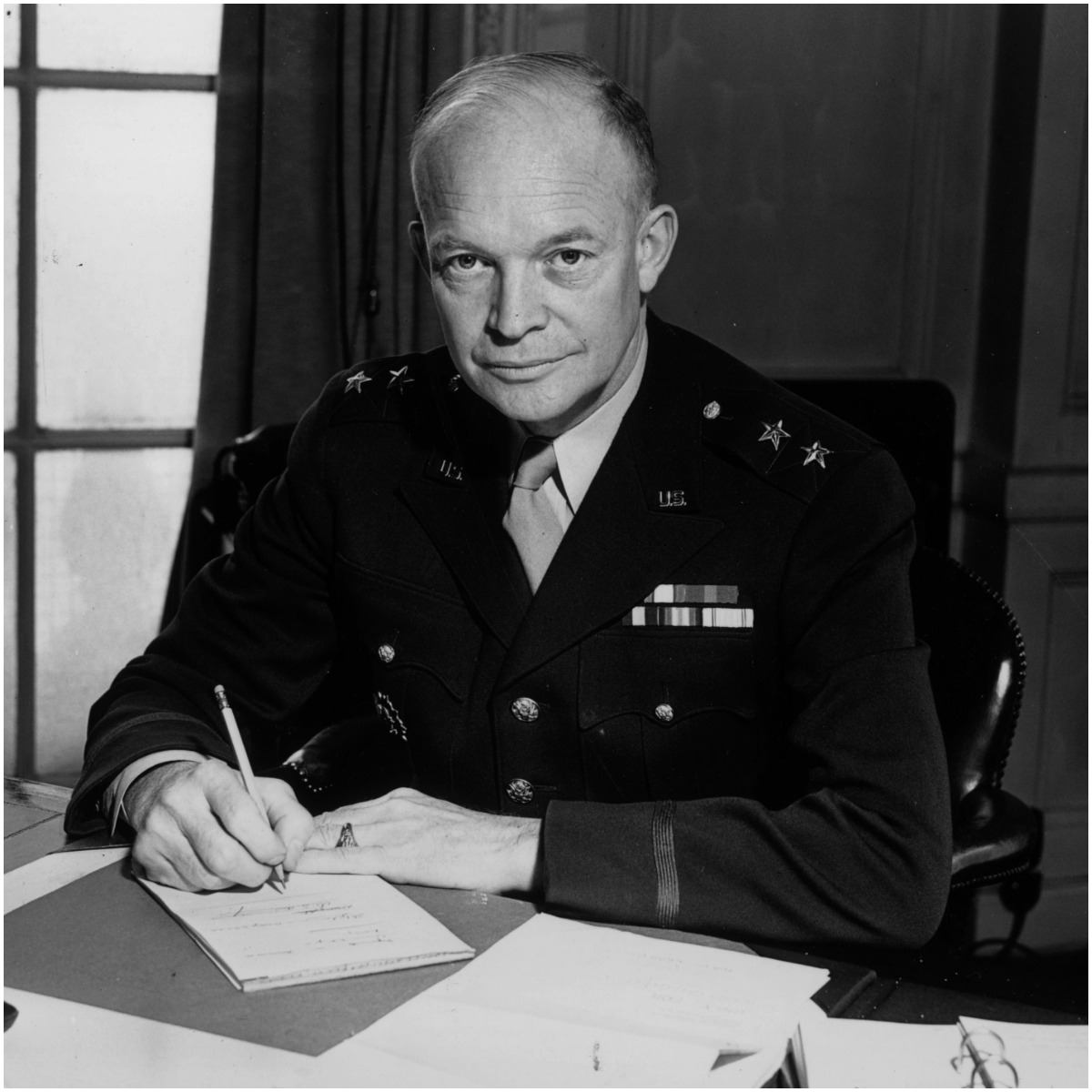 Born on October 14, 1890, in Denison, Texas, Eisenhower became the 34th President of the United States.

Both his parents were active in the Watchtower during most of the Dwight children’s formative years, but, he left the faith as an adult. 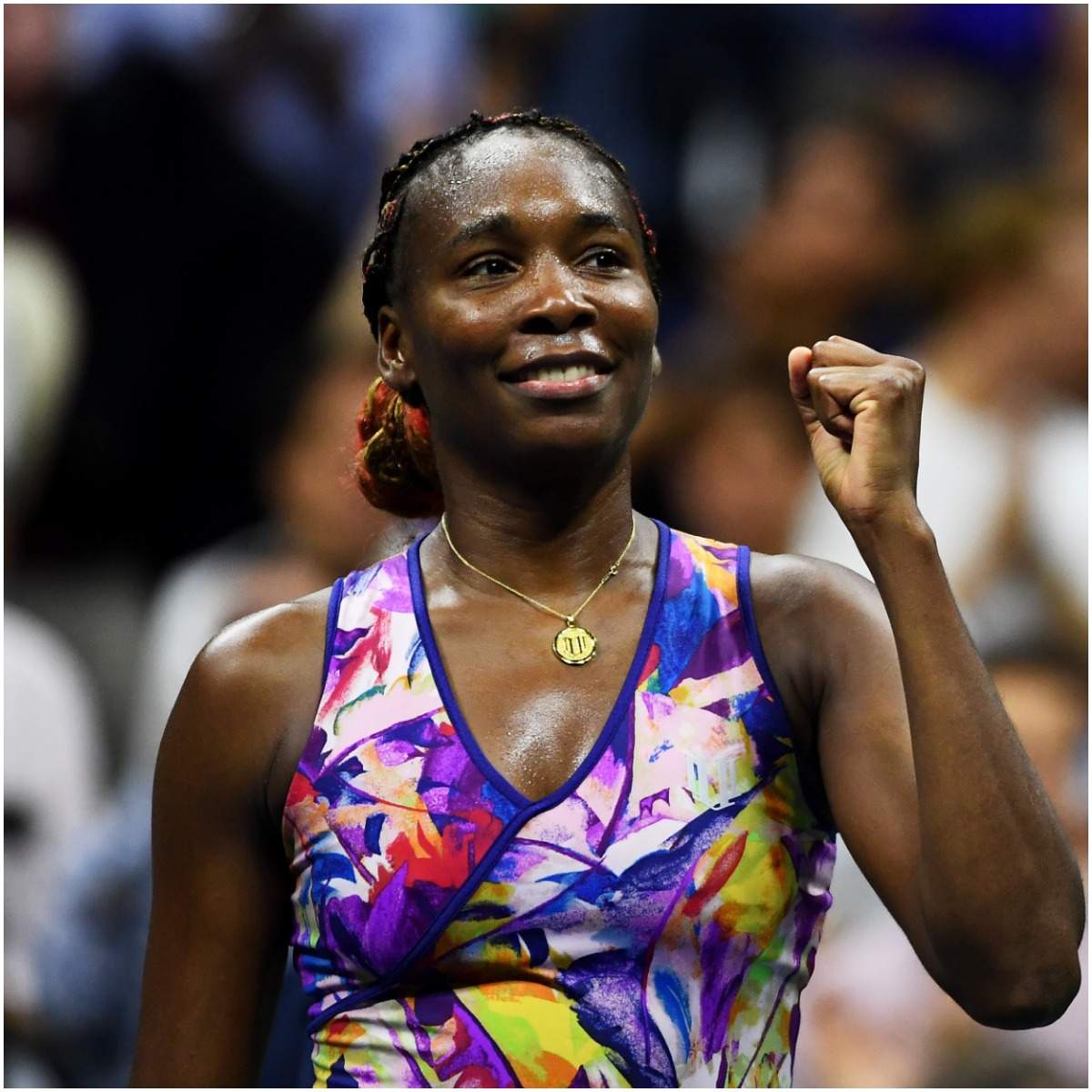 She was raised as JW by her mother Oracene Price, who converted to the religion in the 1980s. 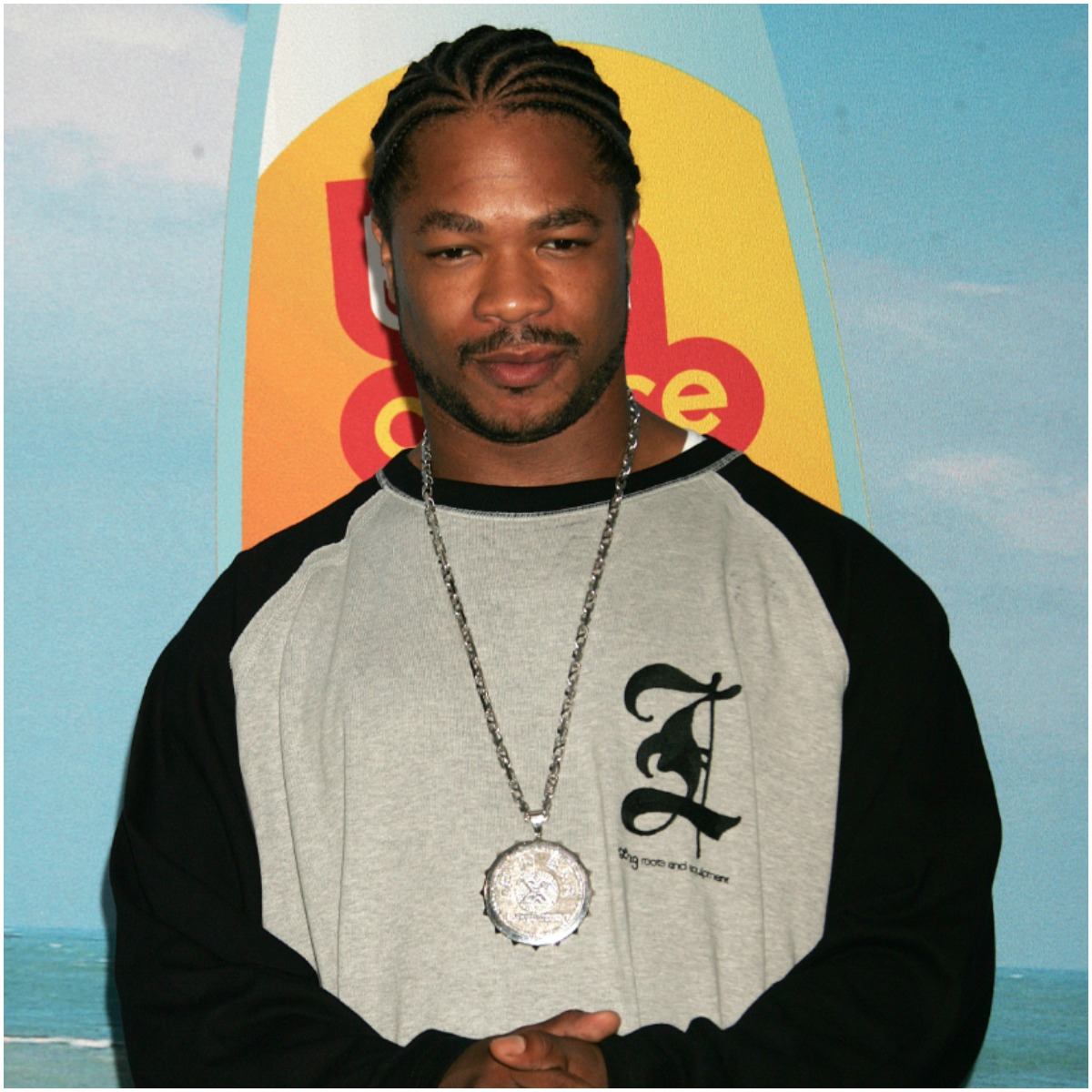 “My parents were Jehovah’s Witnesses and they didn’t particularly care for rap music. I would get my little headphones and sneak and listen to it at night.”

”Every time they would catch me, they would get it and break my tapes. And I’d be mad. Eventually, I got sick of it. So I said, ‘You know what? I can rap my own stuff and they can never take that from me.'” 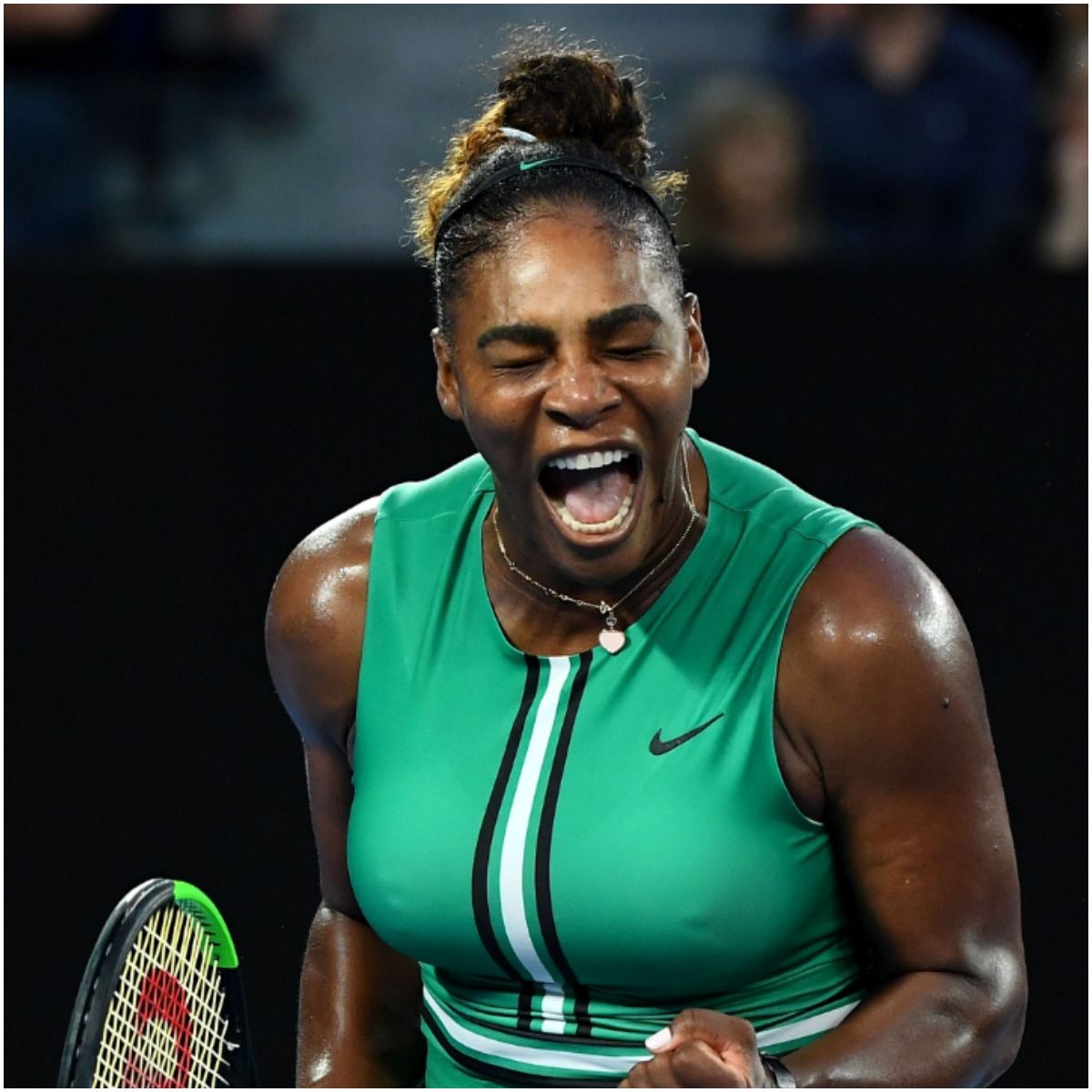 Just like her sister Venus Williams, Serena was raised as a JW by her mother, Oracene Price. But, Serena is more vocal about her faith than her sister. For instance, Serena repeatedly thanked “Jehovah God” after winning tournaments.

Serena has also shared over time that her beliefs have helped her recover spiritually and emotionally, in part, after the loss of her sister, Yetunde, due to gun violence in 2003, and health issues, including pulmonary embolisms.

In 2018, ahead of the U.S. Open, Serena said she wouldn’t celebrate her daughter’s first birthday since she’s a JW.

“We’re Jehovah’s Witnesses, so we don’t do that.” 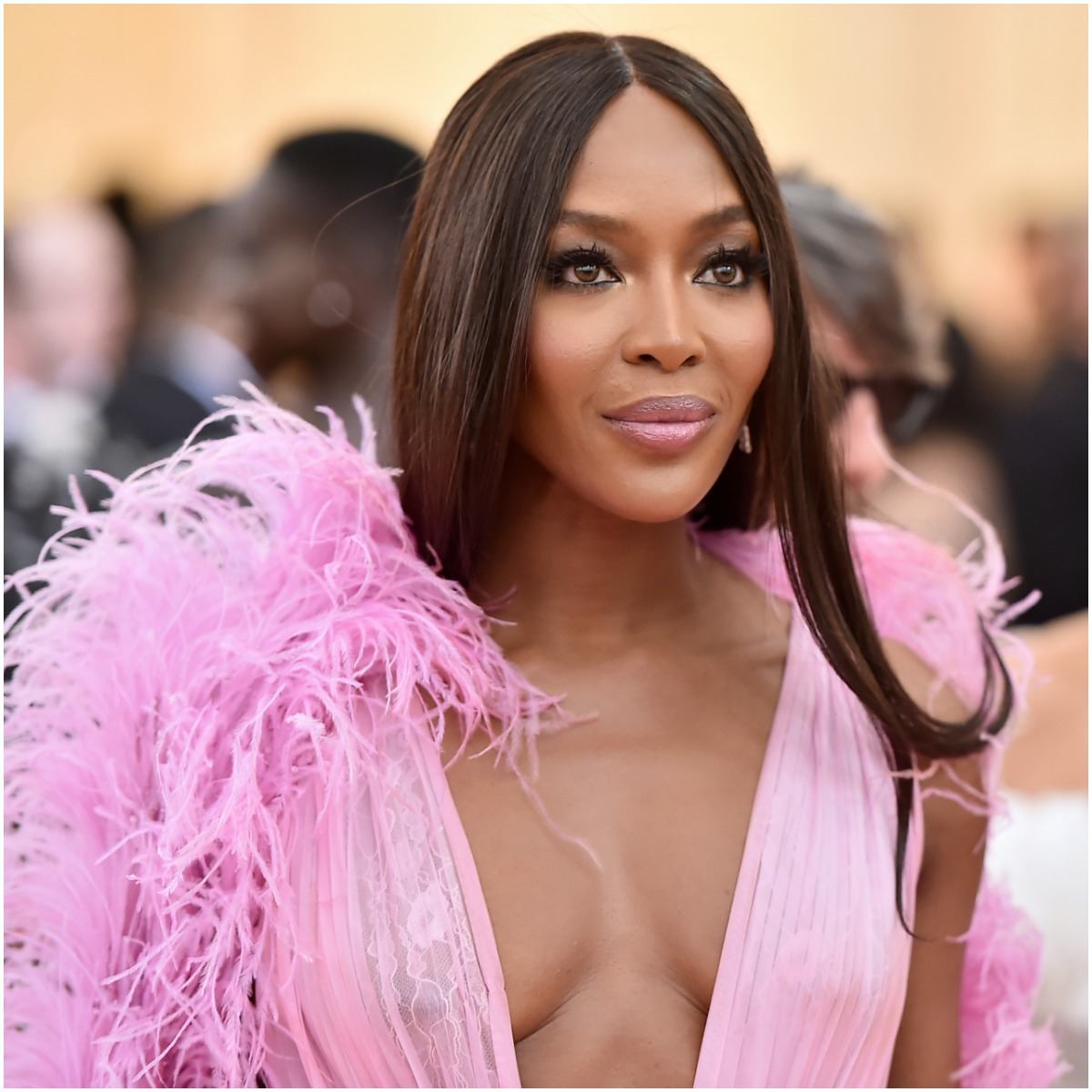 Campbell was raised a JW. Naomi told the Daily Mail:

“I was raised to be a JW, but I let it slip. Now I have found it again, I feel much more at peace with myself and the world around me.” 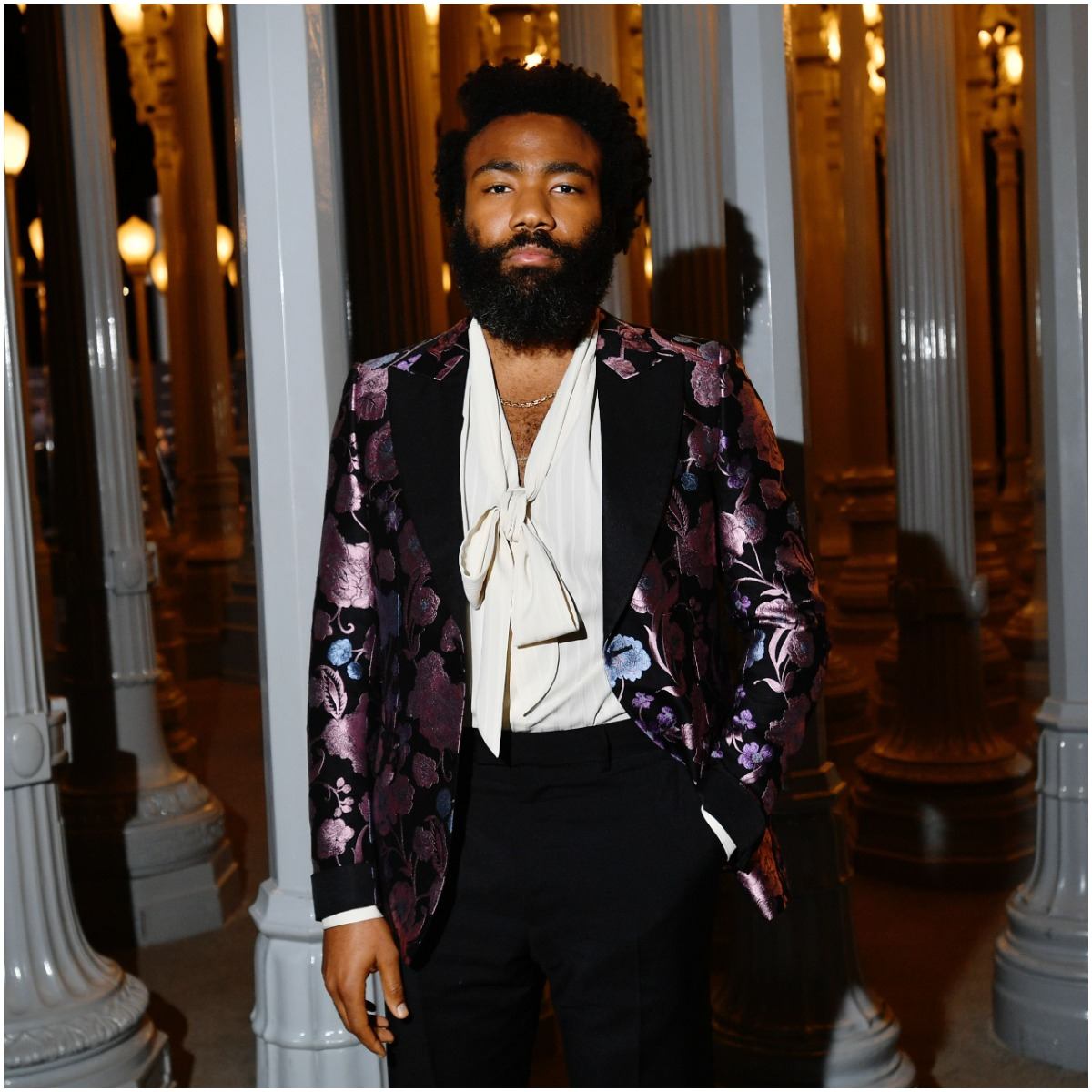 The rapper now identifies as an atheist; however, he spent his childhood as a JW. Donald told Esquire in 2018:

“If people saw how I grew up, they would be triggered.”

Glover also recalled during an appearance on The Late Show with Stephen Colbert:

“I didn’t have a lot of things from the world. I was always taught that the world was kind of a bad place. So, like, whenever things came in, I’d be like, ‘Yo, this is really dope!'”

READ THIS NEXT: Famous People Who Are Atheists

This is Matthew J Prater. I just want to say this, go to the main source to get the information about a specific group or person. This organization on this page says the Jehovah's Witnesses don't consider Jesus as Divine, this is false information. The New World Translation with References 1984 Edition that the Jw's have translated from the Hebrew Scriptures, and the Christian Greek Scriptures In the Appendix in the back of the n.w.t. on page 6A that Jesus is Divine.

Jehovah’s Witnesses do not celebrate Good Friday,Nor do they observe or celebrate any pagan holidays or view.They follow the teachings of the Bible, and observe or worship how Jehovah requires of them.To worship and walk as real Christians means that they live and pray for the things Jesus died for.A new system upon the earth will be gifted to those who follow His teachings,and remain loyal to the end.They are loyal to one God,the creator of all things,and his son Jesus Christ.Therefore they live purely ,and towards a future where all things will be made new and restored to perfection.This system that is upon this earth now will be no more.Jehovah will make everything clean without evil present under the new reigning King His son Jesus.Those who fall short of being a true Christian,will not have a place there.So I say Good for those who refuse to waiver in their faith of Psalms 83:18,Psalms 100:3,Romans 10:13,Danial 2:44,Danial7:14,Mathew,6:10.Finally,I would like to share with you that it is a command and an honor to go door to door to preach this message while we still can ,because the end will come....What side do you want to be on, when it does?

@Michelle, Thank you, Michelle for speaking the truth about our wonderful God, Jehovah.

Truth and thank you for speaking up