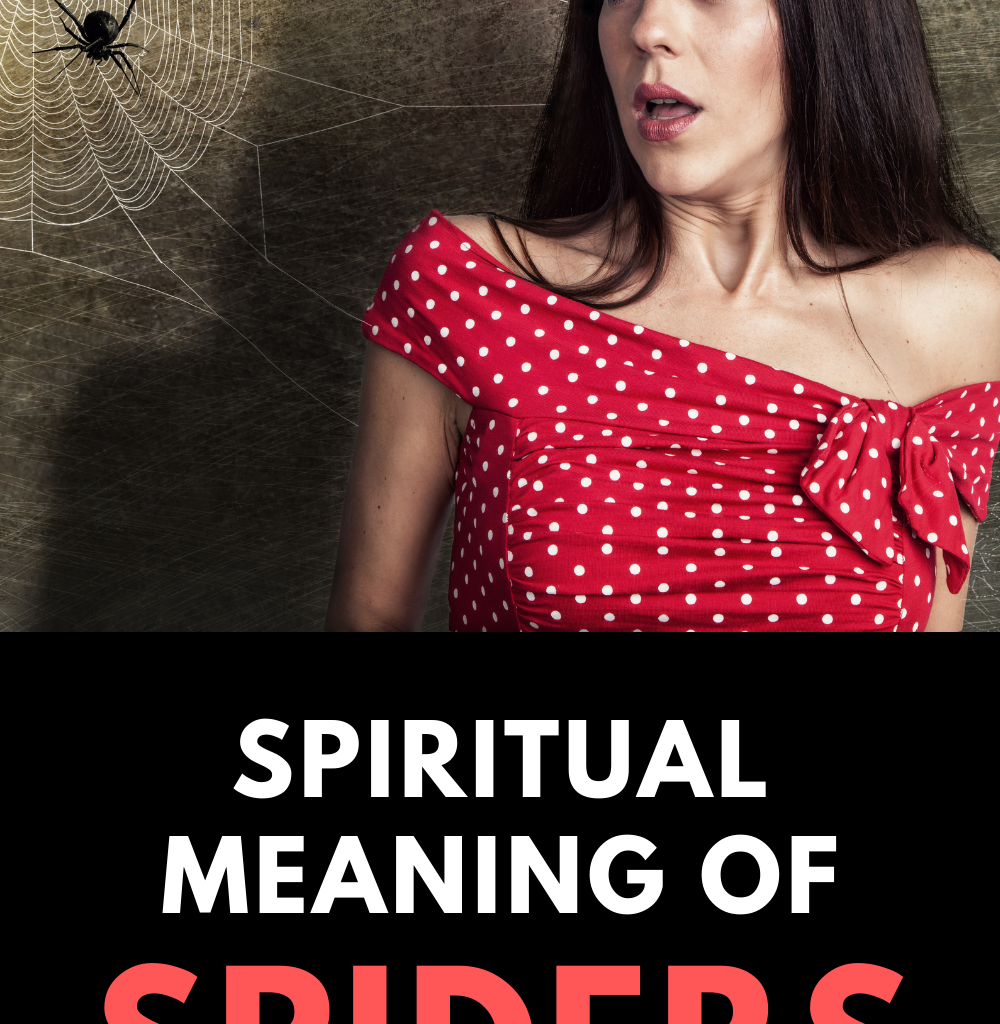 Spiders are fascinating creatures. Without taking into account the fact that they are “hideous,” “disgusting,” “harmful” (which is not at all true!), the image of these arachnids has appeared in many religions and mythologies all over the world.

Therefore, there are ancient writings, objects representing spiders, and stories passed down orally within a community.

As a symbol, the spider represents a virtue, namely the patience that it shows by weaving, infinitely, the web that represents its house, but also the arachnid’s weapon.

Another feature attributed to this animal is the ability to bring the niggling work to an end.

The spider’s web seems to be woven according to a very precise mathematical and geometric algorithm; the first geoglyphic models were inspired by spider webs.

However, most often, this arachnid symbolizes fear, because of its potentially lethal venom.

In mythology, the spider appears in the images of the ruins of Egyptian buildings, being associated with goddess Neith – the one who weaved the yarns of the destiny, later named Ishtar in the faith of the Babylonians, Athens – to the Greeks, and finally Minerva to Romans, although these deities developed other characteristics as well. 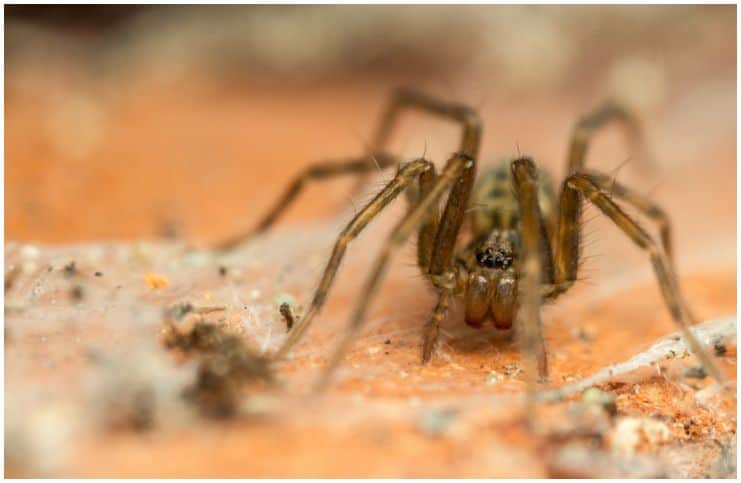 If we head for the African continent, we find the spider named Anansi – a god who likes jokes; at least, this is how it is portrayed in the native folklore.

In West Africa, the name Anansi gets an English name, Aunt Nancy. This deity appears in local stories, a kind of fable, illustrating various morals.

In South America, the spider was a source of inspiration for people in the Nazca culture (flourished from c. 100 BC to 800 AD).

Similarly, in Peru, arachnids were honored animals, as native peoples respected nature very much, portraying it in different ways and forms. 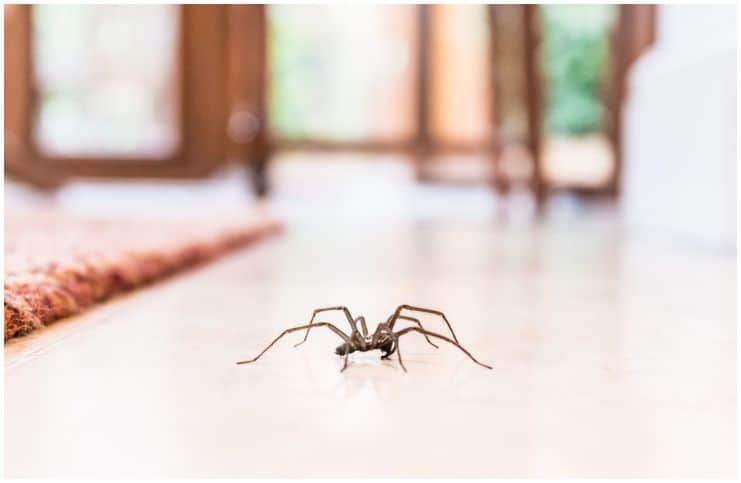 Among the peoples of Australia and Oceania, the spider was often represented in cave drawings, but above all, it represents, even nowadays, a totem, often being exchanged during rituals between representatives of different tribes or communities.

In the Philippines, a popular story explains why the spider hates the fly.

The Kiribati population in Oceania worships Nareau, the creator god, who is portrayed in the form of a spider.

In the religions of the world, the spider was represented as a savior.

In the Islamic tradition, the Prophet Muhammad had to hide in a cave; in order to keep his location undisclosed, Allah ordered a spider to weave a thick web at the entrance and cover it completely.

Thus, the spider is a respected creature in the Muslim faith.

A similar story is also found in the Bible, where David is hidden in a cave covered with spider web. However, in the Christian tradition, this creature remains the representative of evil. 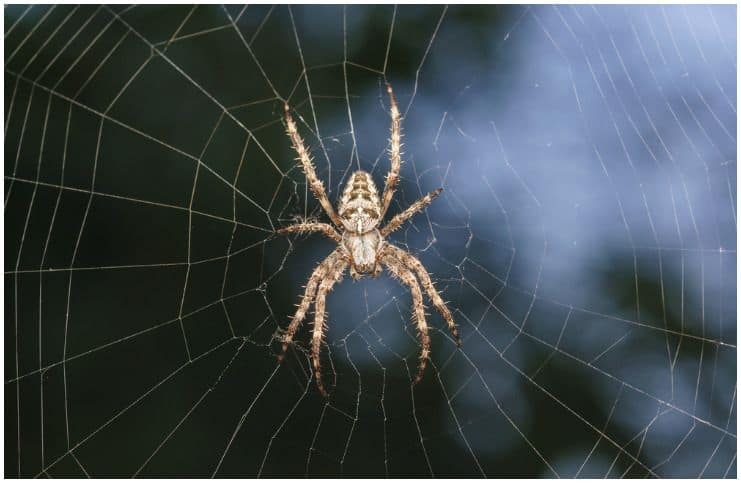 In literature, a popular spider is Shelob of J. R. R. Tolkien’s Lord of the Rings, or Hagrid’s pet in Harry Potter and the Chamber of Secrets, written by J. K. Rowling. Another popular spider is Charlotte from Charlotte’s Web by E. White, where she is portrayed as a positive character.

Cinematography grabbed the opportunity to introduce spiders as a theme in movies: most of them are a subject of horror films, due to arachnophobia, which is a widespread phobia.

However, there are also films that show a different side of the spiders’ reality, such as Charlotte’s Web, or even documentaries showing some fascinating aspects in the life of these creatures.

Nowadays, arachnophobia is more publicized than ever due to the undefined and poorly understood information, the most common being the fear of social spiders – who are able to live in colonies (spiders are generally solitary species) and who are often located near human settlements.

Some urban legends have spread the myth that the bite of these spiders would cause death due to the very strong venom, which is wrong: in some individuals, the teeth are too short to introduce any venom, and other individuals can not transmit the venom, because their bite is superficial.

But most of them either do not produce any venom or they produce it in very small quantities, often incapable of affecting the human body in any way – perhaps causing just a slight irritation.

Other spider-related madness represents the imaginary stories about the black widow who is capable of nesting in a lady’s hair, or mass hysteria linked to an African spider who is supposed to live in people’s bathrooms and attack them while they shower.

Therefore, spiders are portrayed as criminals, creators of the universe, wicked and cruel beings, destined to destroy the human race or, on the contrary, to teach people that appearances can be deceptive.

In essence, everyone creates their own vision of these beings, which, in our opinion, are very interesting and complex.

Spiritual Meaning of Spiders in the House 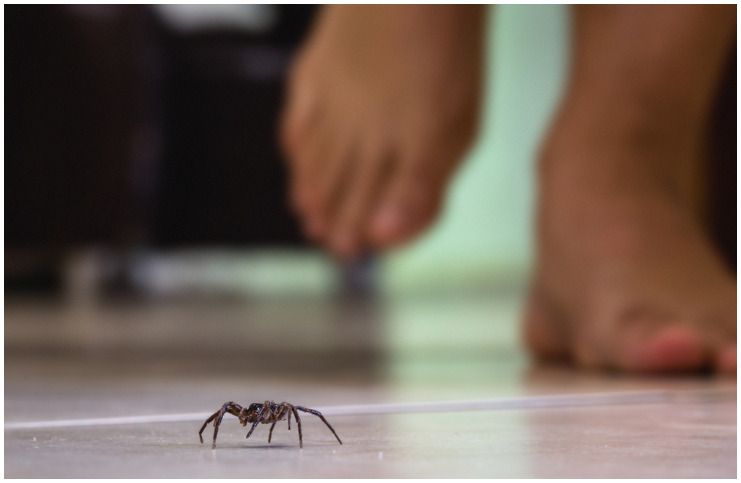 The spider is not necessarily a negative symbol, as we would expect, but it reflects the people that are a necessary evil in our lives: the tough teachers, the unforgiving parents, or the people that help us evolve through the negative experiences they create.

In other words, it represents the mistakes and karmic lessons we have to learn in this lifetime and is closely related to the way we react in certain situations. 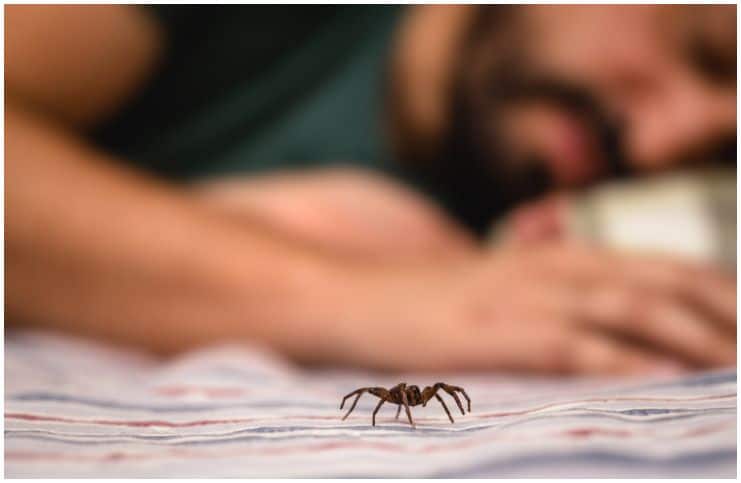 When you dream of getting stuck in a spider web and not being able to escape, it is a sign that you have trouble dealing with your own plans, your own intentions, and actions that you can no longer manage.

Your inner conflicts prevent you from finding a solution to the present problems. On the other hand, if the spider web is in your house – it is a sign that you will experience conflict with someone in your family, possibly with your mother or a close family member.

Spider webs are the symbol of our own creation, endeavors, and the efforts we make every day.

They also reflect our creativity and imagination, and even if you dream that you are entangled in a spider web and you can not escape it, you will still have the power to release yourself and find the perfect solution to get out of trouble.

If you dream of killing a spider, you have the courage to face your problems and implicitly those who try to pull you down. This dream predicts that you will come out victorious from the battle with your enemies.

Dreaming about a spider falling from a height or the roof to you, it may predict bad luck or a disaster.

READ THIS NEXT: Spiritual Meaning of Colors

I often have the illusion of a mother spider (in my illusion she's huge squatting,then standing up on all eight legs with many many baby spiders all around and under her) I have to understand what this illusion is trying to portray to me. When I was younger in my youth due to medication for depression,I had illusions of many.black spiders traveling up the walls to the ceilings spiders such as in australia,not common house spiders at all. However; arachnids are indeed a phobia of mine the bigger the scarier to me.

Some spiders do bite and cause more than irritation. I have a spider bite that popped and had puss. A friend of mine was bit by a brown recluse and her hand turned black and she almost lost her hand as the tissue was dying.

Evening, I wake during the night as my bedroom is not completely dark. I first noticed spider walking between hubby and me. Others observations after I awake the spiders taking in position as if the bow before me with front legs stretched out. One other about 5am in the morning, my sealing as if glyde throuh water until his legs stretched out and I knew it was spider. Or hanging above me. One last incident with spider....

Night after night i dream being cover in spiders i know it means something but dont know what?

People who dream of many spiders are being attacked from all sides. If you're covered with spiders in your dream, it means you're covered in trouble. On the other hand, dreaming of being covered in spider web predicts a lucky marriage.