Hated, despised, and even feared in the dark times of the Middle Ages, birthmarks have been the source of many superstitions and fabulous myths.

Old sayings say they speak of the mother’s unfulfilled desires, but also about the child’s future.

Spaniards and Arabs believed birthmarks are lucky, and if you touch them, they will fulfill your desires.

On the other hand, in medieval France, people believed they were the signs of the devil, and the child touched by demons had to be exorcised.

The Arabs linked the baby’s birthmark to the moon phases or eclipses.

If the pregnant woman had touched a certain part of her body while she was looking at the eclipse, her child would have been marked for life.

From one culture to the other, strange signs appearing on the body of children, often ugly and fearful, have gained various and difficult to explain meanings. 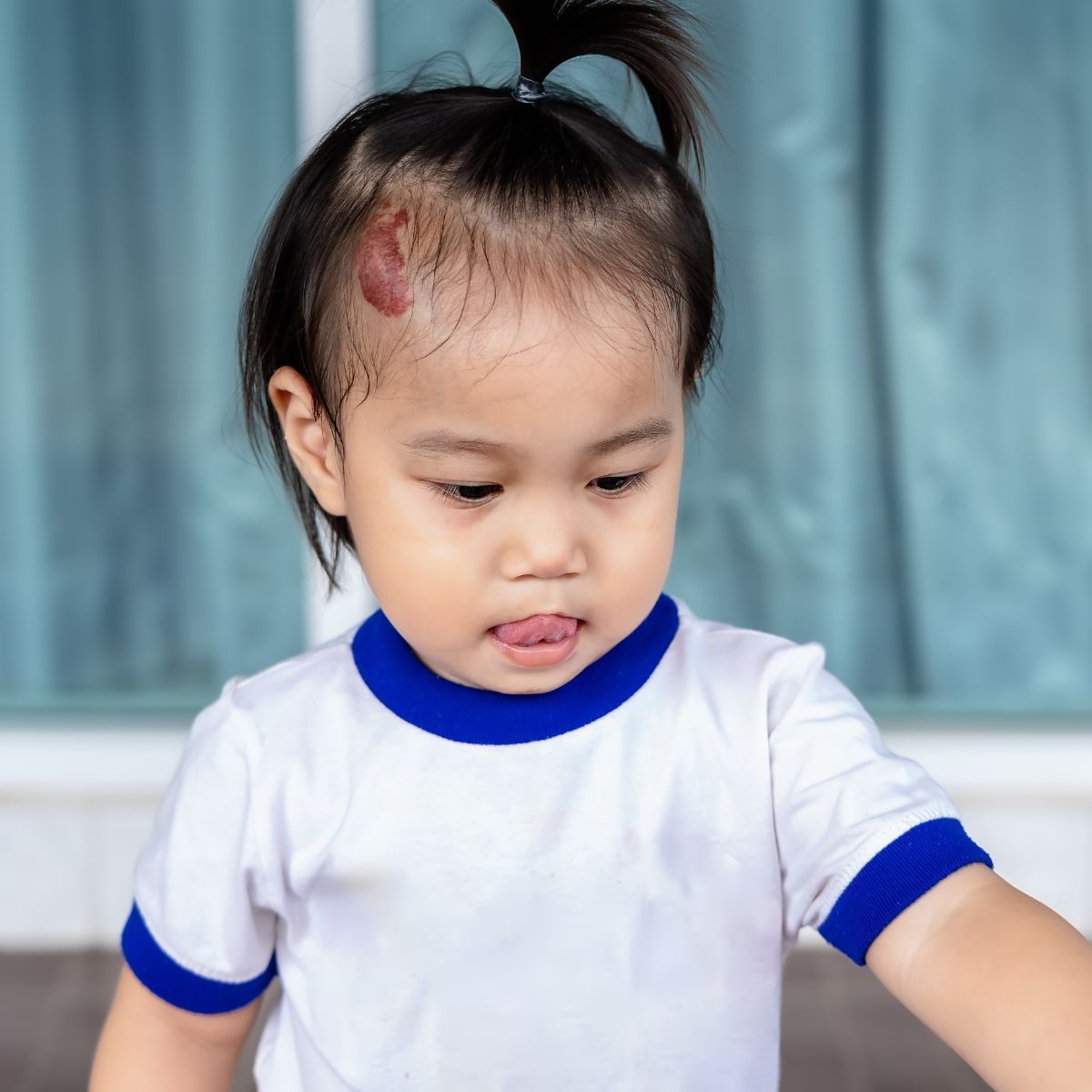 In the Orient and in India, where belief in the soul’s journey from one life to another is a true religion, birthmarks have been linked to experiences from past lives.

Shapeless spots that are strongly colored were associated with past sins, which the soul must expiate in this life.

Superstitions say the marks may be scars of the body from the previous life, but also signs of great spiritual suffering.

Instead, beautiful moles, that give a special charm to facial features are signs of long life, prosperity, and happy marriage.

In Indian culture, women adorn their foreheads with fake moles of golden or henna dust. 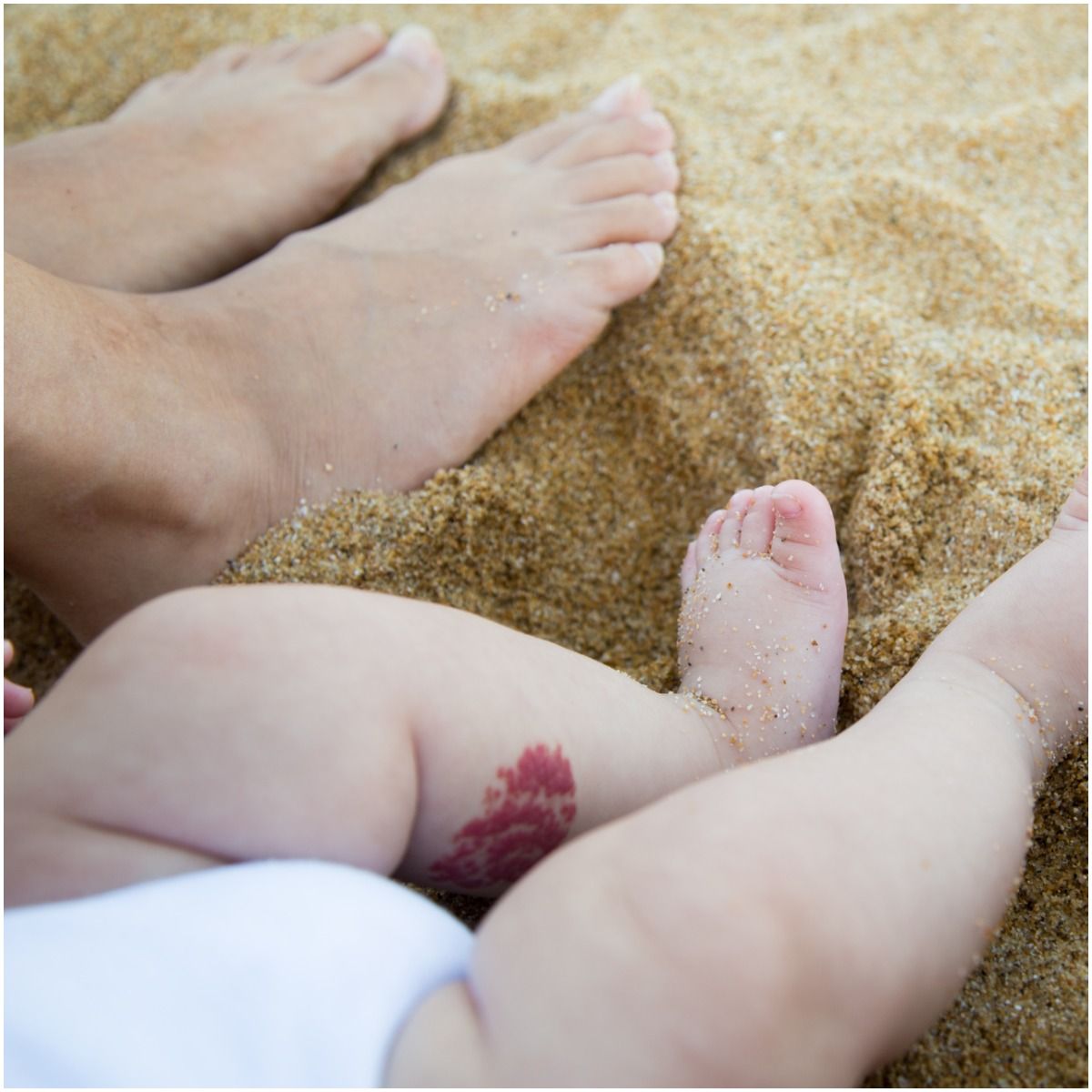 Superstitions related to birthmarks have been preserved for centuries, and have even been enriched in modern times with new symbols.

In Bulgaria, the warning was explicit: no stealing or touching the face, otherwise, the child will wear the mark of the stolen item on the face. The pregnant woman must look away if hump-backed or deformed people cross her path.

If the mother looks at that person’s physical flaw for too long, the baby will get an ugly mark on the body.

Also, it wasn’t recommended to take a bite from someone’s apple either since it may cause a birthmark in the shape of a bite on the child’s face.

In the West, it is believed that babies get café au lait spots on their faces because their mothers consumed too much coffee or chocolate during pregnancy.

In German folklore, there is a belief that all pregnant women should take into account: no matter how much they crave fruit or something sweet, they mustn’t steal it, otherwise, their children will be wrongly “marked.”

The East is the source of “new” superstitions that have spread in other parts of the world.

They are related to the hidden messages carried by birthmarks.

It is said that the spots on the left side of the body speak of a changing destiny, with many chances and material gains, but also with soul loss.

In contrast, the marks on the right side of the body speak of a quiet and lucky life, with great achievements later in life.

Regardless of the birthmarks’ significance described in folklore, specialists claim that birthmarks are linked neither to the destiny of the child nor the mother’s desires.

In very rare cases, they may be the sign of a tumor, but most often, they are just intensely pigmented areas or clustered blood vessels that have not developed normally.

Birthmarks are harmless and can rarely signal danger to the child’s health.

They occur frequently, with over 80% of babies being born with particular marks on the body, but most disappear in the first year of life.

Each mark has a unique shape, and the color can vary from pink to crimson and brown.

The “stork bite” appears on the neck and has pink or purple hues. Usually, this type of mark stays for life. 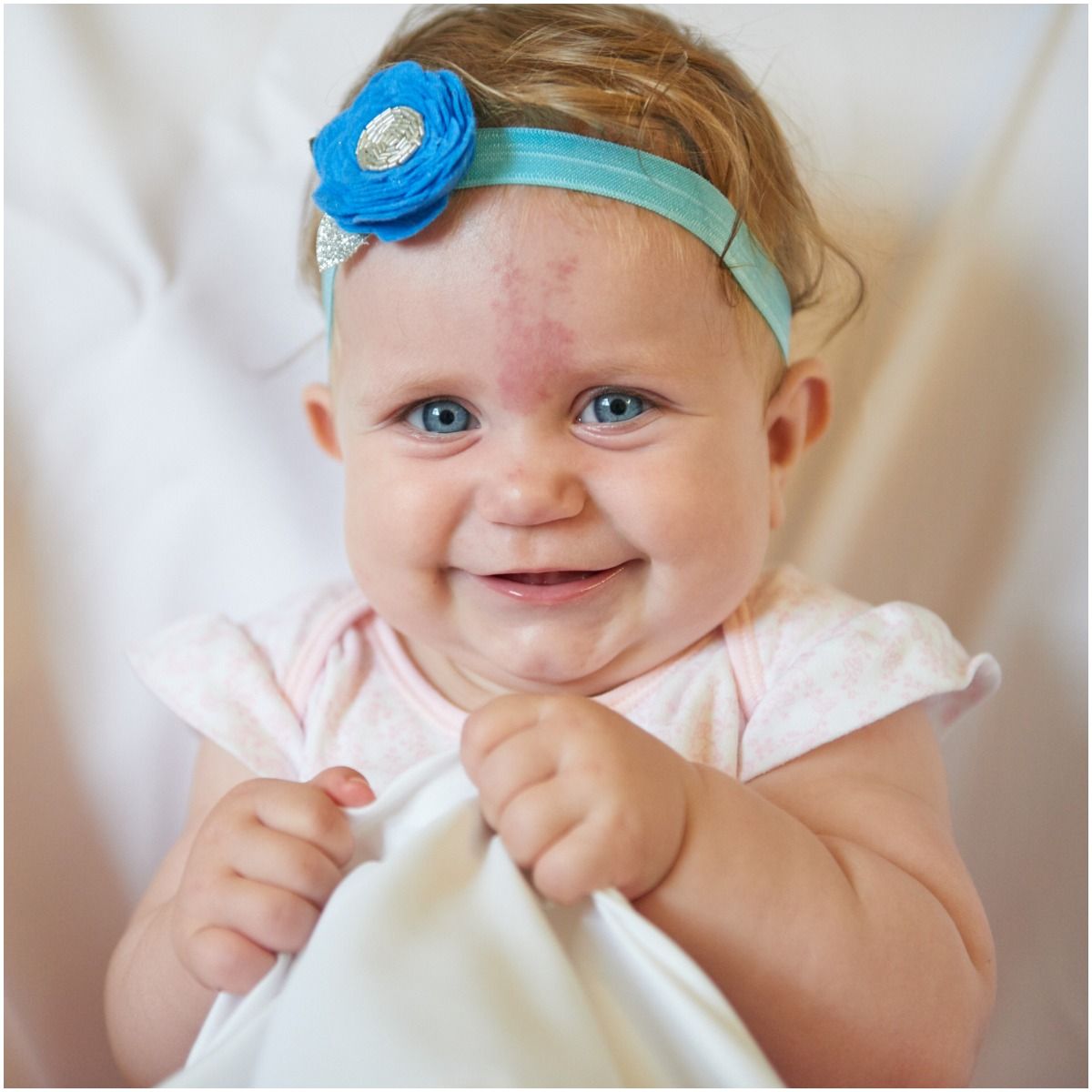 “Angel kiss” is a purple or red spot on the baby’s face, commonly found on the cheeks, forehead, or eyelids. They disappear until the child reaches age 3. Angel Kisses may become darker when the child cries. They don’t cause pain or itching. There are some beliefs that Angel Kiss is a gift from heavenly powers.

Port-wine stains often appear on the head and upper body, on the arms, or on the back. These types of birthmarks rarely disappear over time; most of them become bigger and their color intensifies with age.

Hemangiomas are vascularized excrescences, which increase in the first years of life but withdraw in most cases. Rarely, surgery is required for their removal.

Animal-shaped birthmarks may indicate a special connection with the animal kingdom.

The most common marks resemble snakes, cats, rabbits, or birds.

Other birthmarks may resemble an animal’s paw, a feather, or even wings.

Each of these indicates a certain connection with the spirituality of that animal.

Other Meanings Of Birthmarks Depending On Their Location: 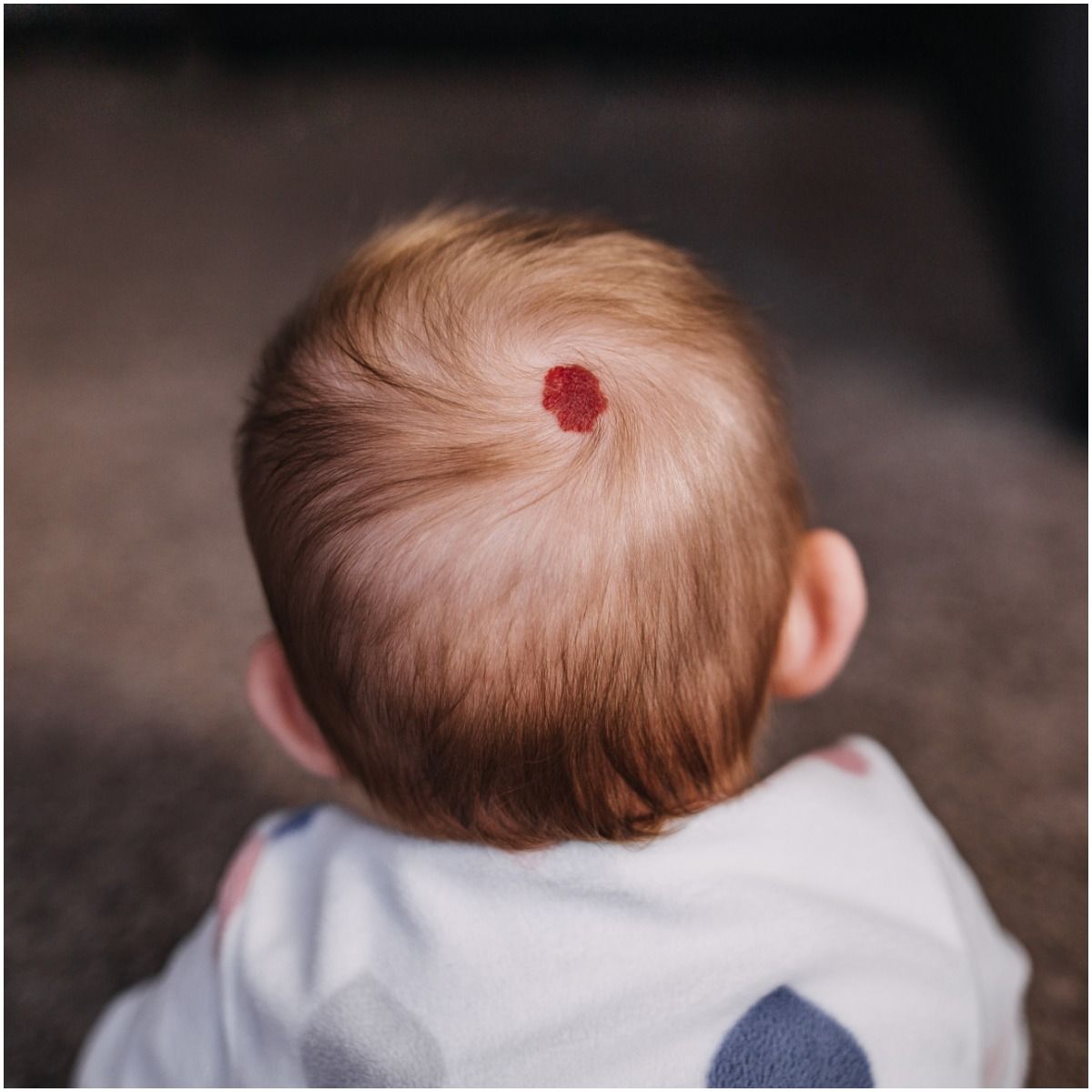 fear of making decisions (both sexes)

In the middle of the forehead

The left side of the forehead

The right side of the forehead 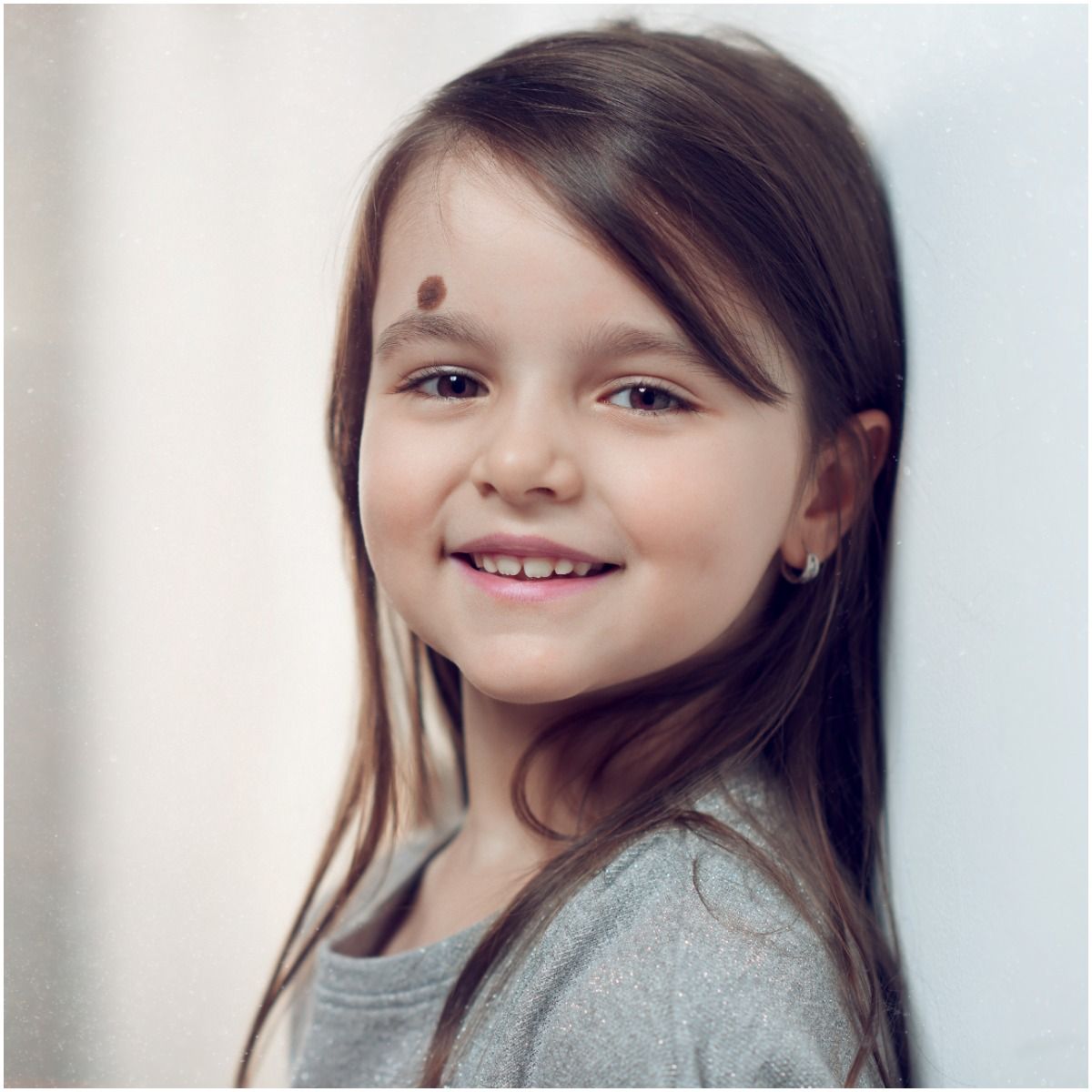 Note – the holder of a birthmark on the forehead can become a great statesman, a wise politician, reformer, and diplomat. Mikhail Sergeyevich Gorbachev had such a birthmark, and his actions speak for themselves and have made him famous worldwide.

great health and happiness (both sexes) 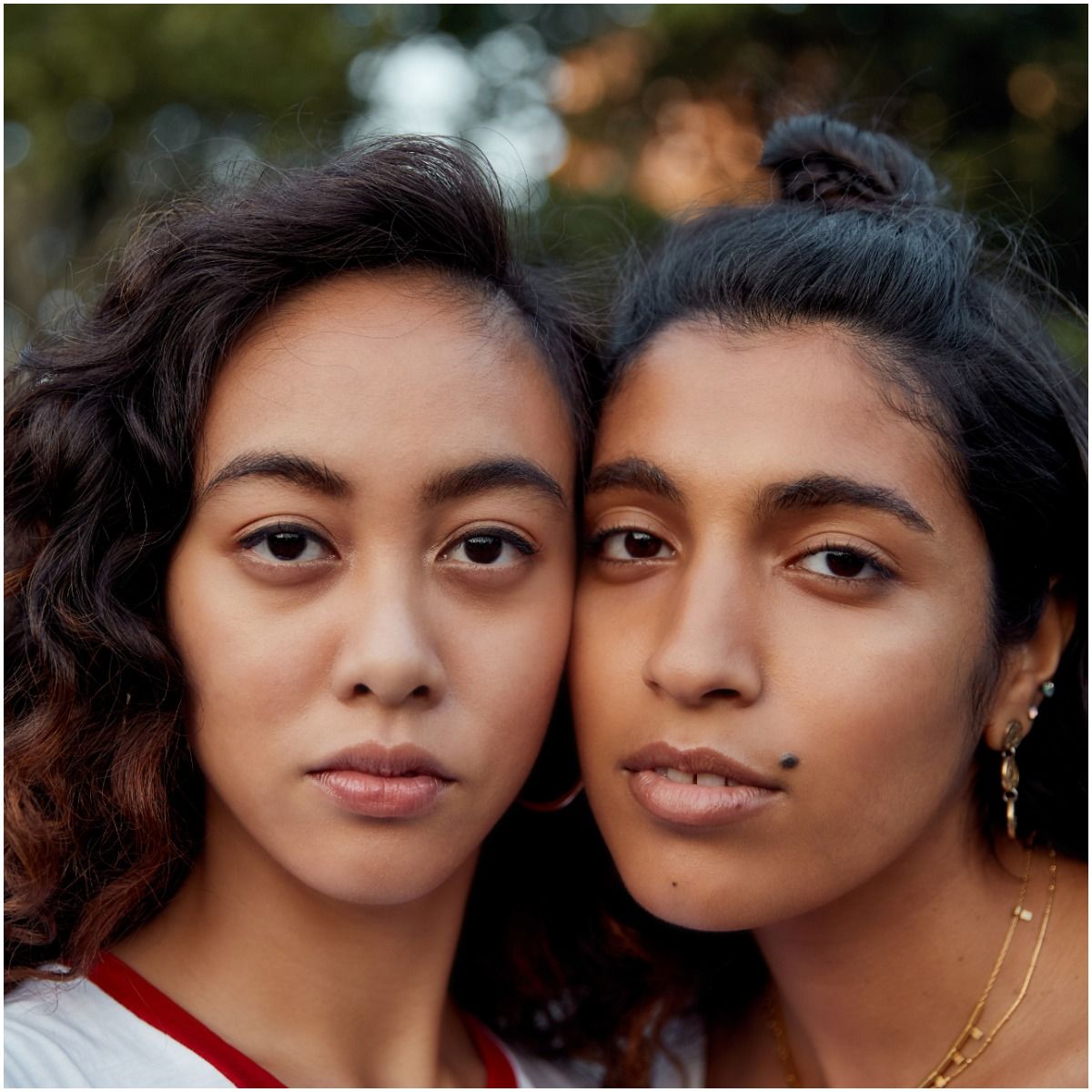 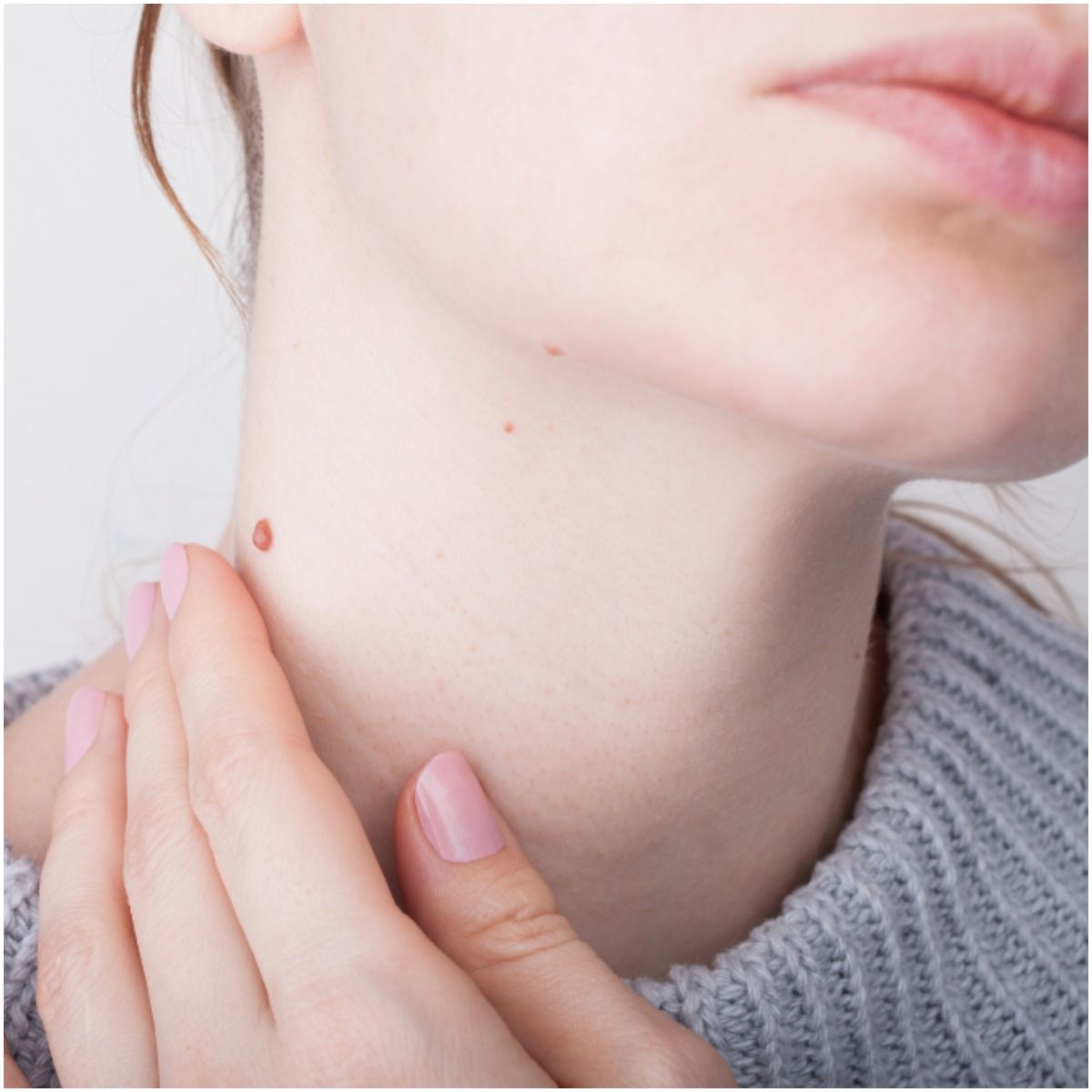 fear of being under control (both sexes) 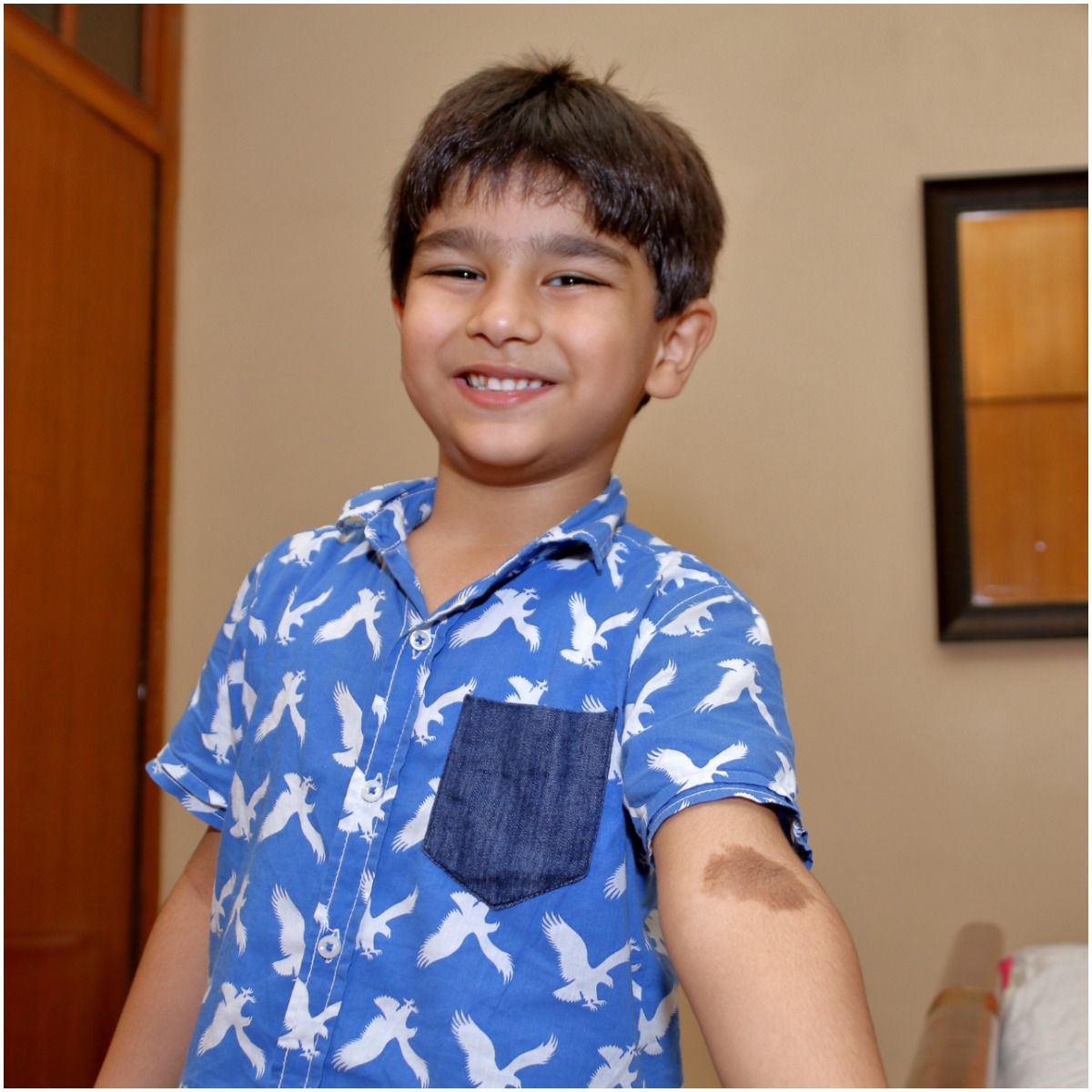 In the middle of the chest

Under the left breast

successes in everything you do, a great sense of humor (both sexes)

Under the right breast 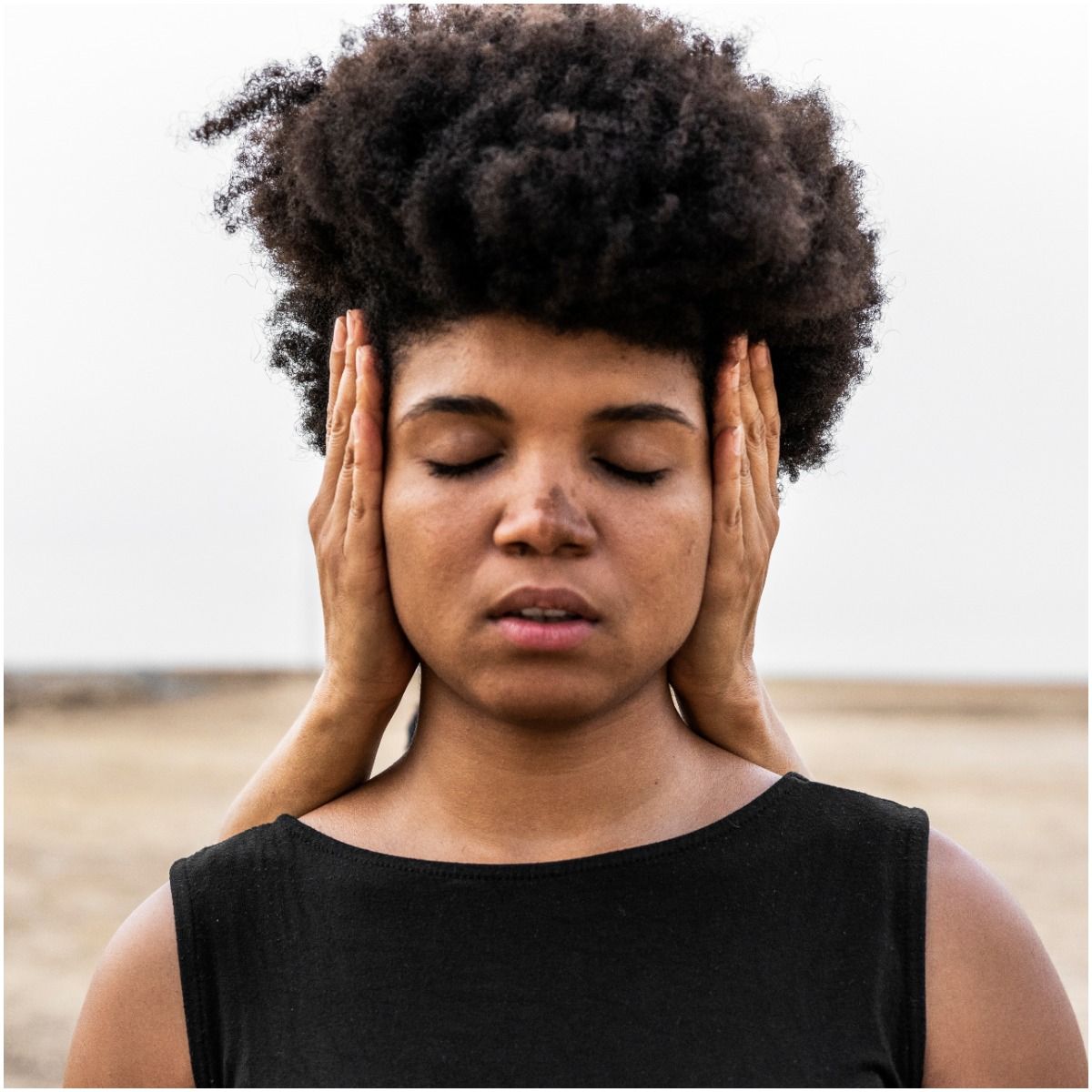 greed and selfishness (both sexes)

READ THIS NEXT: Spiritual Meaning of Butterfly Landing On You

I have a slightly raised orange birthmark on the top of my head about the size of an old six pence . My mother said she had a craving for oranges while pregnant.

My family has different phases of the moon for birthmarks. Some of us even have constellations. I have a waxing crescent moon light brown Cafe` au Liat with a constellation spread across my body. Like someone took a fat brown sharpie and poked one dot in different places. inner left ankle, outer right knee, inner right thigh, top of my *ahem* lady parts, right middle finger, 2 on the right and left arms, back of the neck, top of my tailbone area in my pelvis, base of the spine to the left and the crescent moon in the center of my back. Does having constellation birthmarks have any superstitions following them? I ask because I can't find anything in my searches.

I have a birth mark right above my butt cheeks. Right straight across from side to side

Good Morning, I have my son who was born with a red bright birthmark in the middle of chest in a cross shape is there anyone who has any information of what this could mean? He is 13 years now and still has it as wekk he was born with bright red hicky shapes all over his neck and a V shape in head. I also have 2 of my other kids with a V shape birthmark that only shows when mad or hot infront of their forhead of all 3.