The lizard symbolizes a protective spirit; it is a living being that carries messages to us, humans, messages that are meant to make us remember that we, as children of nature, possess magical gifts that we can use to live as we were meant to: free and happy.

The lizard helps us become more detached from certain situations in our lives; in order to be able to continue, it is necessary to be able to separate ourselves from others, to leave the past behind.

In Shamanism (a practice that involves a practitioner reaching altered states of consciousness), the lizard teaches us how to let go of old patterns, ideas, belief systems, habits, and even lifestyles.

The lizard shows us the need to thoroughly examine the present reality and then, with confidence, to step forward into a new chapter in our lives.

One of the most interesting features of the lizard is the ability to break its tail in order to escape its predators. The tail is left behind, squirming in order to distract the predators so that it can run to safety.

However, they can only do this once, as the new tail that grows is made up of cartilage rather than vertebrates. The lizard’s power lies in the ability to save itself from danger, leaving a part of its body behind. Just like the lizard, we too need to make our choices wisely because the consequences will manifest for a long time.

The lizard has a symbolic significance for many cultures and civilizations. Thus, in Romanian culture, due to the fact that the lizard hibernates during the winter months, it symbolizes death and revival. Throughout the Mediterranean area, it was considered an old family friend.

In Greek and Egyptian culture, the lizard symbolized divine wisdom as well as a bringer of luck. In Egyptian hieroglyphics, it was used to describe the crowd and abundance.

For Christians, the lizard has an ambivalent significance: despite being part of the reptile family and being associated with the snake and automatically with evil, the lizard was at some point considered ‘the soul that humbly seeks Enlightenment.’

At the same time, the lizard symbolizes ecstasy, contemplation, delirium, and … serenity – this symbolism literally comes from the pleasure of these creatures to sit motionless in the sun for hours in a row, as if they are in a deep state of meditation.

The people of the Dogon tribe in West Africa carved lizards on the houses and granary doors to invoke the protective spirits.

On the meadows of Cameroon, the lizard is a fertility symbol for those in the Bamum tribe, while for Babanki, the lizard represents the peace of the home, of the household. 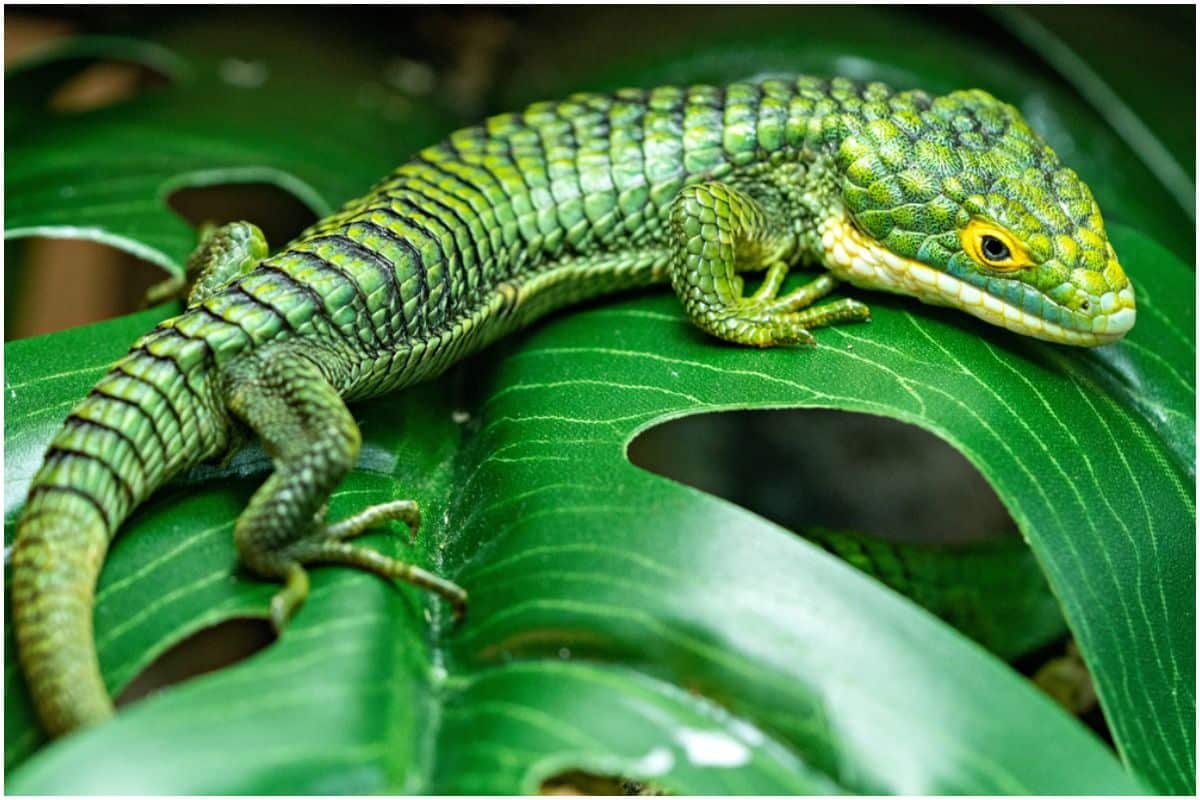 Lizards play a positive role in the folklore of many tribes of American Indians. In American tribes, the lizards are associated with healing, survival, prosperity, luck, protection (especially of children), and also with masculinity.

In some tribes, the baby’s umbilical cord was sewn by a lizard-shaped amulet for the purpose of protection and to provide the newborn with health and strength. Even today, the Cheyenne populations still consider it a bit of bad luck to kill a lizard.

Also, several Native American tribes believed that if a lizard spoke to you, it meant you were about to experience good luck.

In the mythology of some Indian tribes in California, such as Pomo, the lizard was one of the most important figures of creation, in which people would have been created partly by its image.

In Southwestern tribes, horned lizards are considered sacred animals in medicine – for Navajo tribe people, Gila Monster (a poisonous lizard of the desert) appears as the first man of medicine, the most well-known witch doctor, and also a fearsome warrior. It is said to possess the divine power to predict incurable diseases and then heal them. 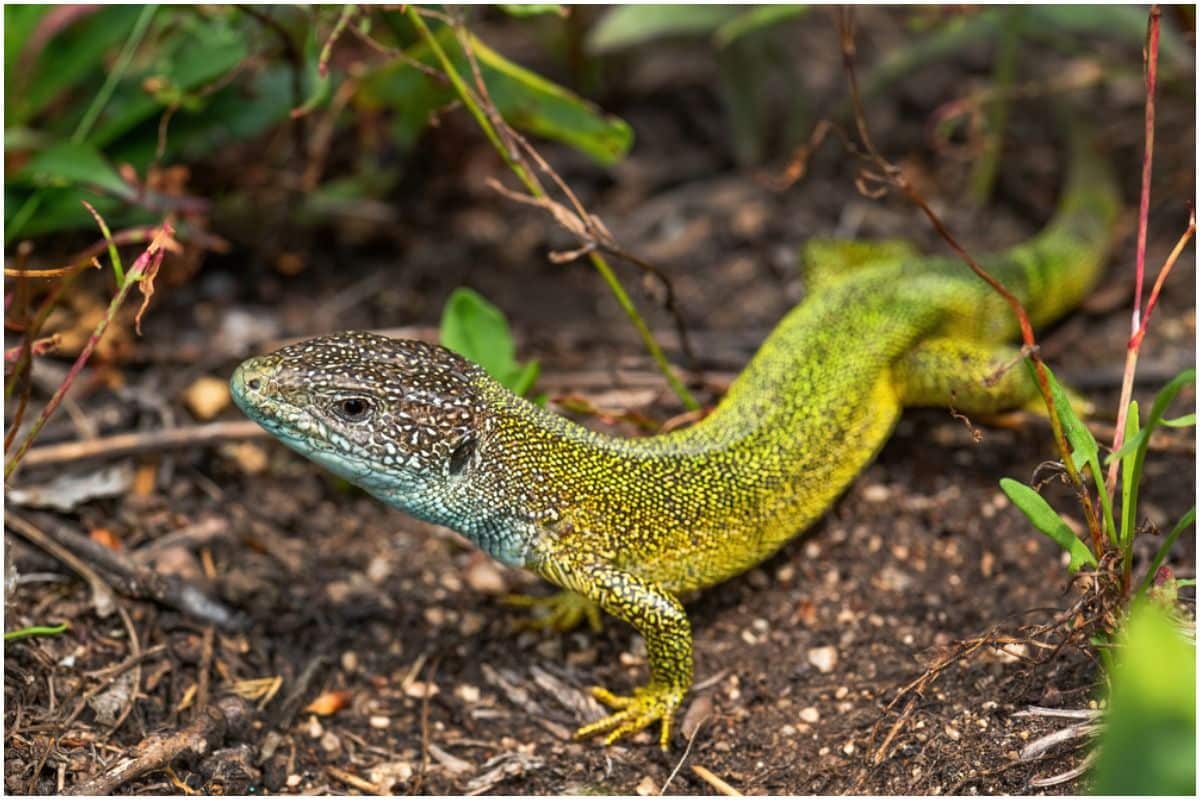 The lizard in a dream seems to warn you about the hidden aspects of your mentality that may resurface in certain circumstances. Such a dream may also suggest that you have a hidden enemy or a fake friend.

If you dream of running into a lizard in your path, then you may soon meet someone who will lie to you; perhaps you already have someone in your life who deceives you.

Symbolically speaking, the lizard in a dream refers to the primary instincts and mechanical urges, to hidden thoughts that can reveal at any moment; it also reflects the emotions you sometimes repress.

Dreaming about a big lizard sitting in front of you and threatening you suggests that in reality, you will lose control in a situation that seems calm at first, and you may even have a fight with certain people.

If a small lizard appears in your dream, then you will experience a passing anger, an indisposition created by someone close to you. Dreaming of a colorful lizard running in front of you is a sign of confusion or deception. Your attention may soon be distracted from the important things; it is as if someone would like to distract you from something important.

Moreover, the dream reflects the fact that you may soon abandon your plans and focus on non-essential aspects that are time-consuming, but eventually, you will finish what you have to do.

Generally, the lizard may also symbolize an instinct of defense or preservation of a situation. If you don’t like a change in real life, then surely your dream predicts the possibility of changing your familiar situation.

READ THIS NEXT: Raven – Spiritual Meaning