We have all seen a dragonfly flying over a lake or a stretch of water.

These wonderful creatures have transparent wings that reflect the sun’s rays in the colors of the rainbow.

Dragonflies have certain qualities that distinguish them from any other insects on the planet.

Because of this reason, they don’t cease to amaze us; a brief look at their symbolism makes us realize that we really have a lot to learn from them.

The dragonfly goes through certain transformations throughout its life cycle and stays in the larva stage for most of its life before it turns into the graceful and colorful insect that we know.

These insects lay their eggs on the surface of the water, and the larva coming out of the egg is a gray-brown aquatic creature feeding on aquatic plants and small insects such as mosquitoes and flies.

At the end of the larval stage, after it molts a few times, it goes out of the water and strips the last casing before it becomes an adult insect.

That is why it is considered a symbol of transformation and renewal, associated with spiritual renewal and achievement. The dragonfly is an insect that symbolizes a free spirit and activity. 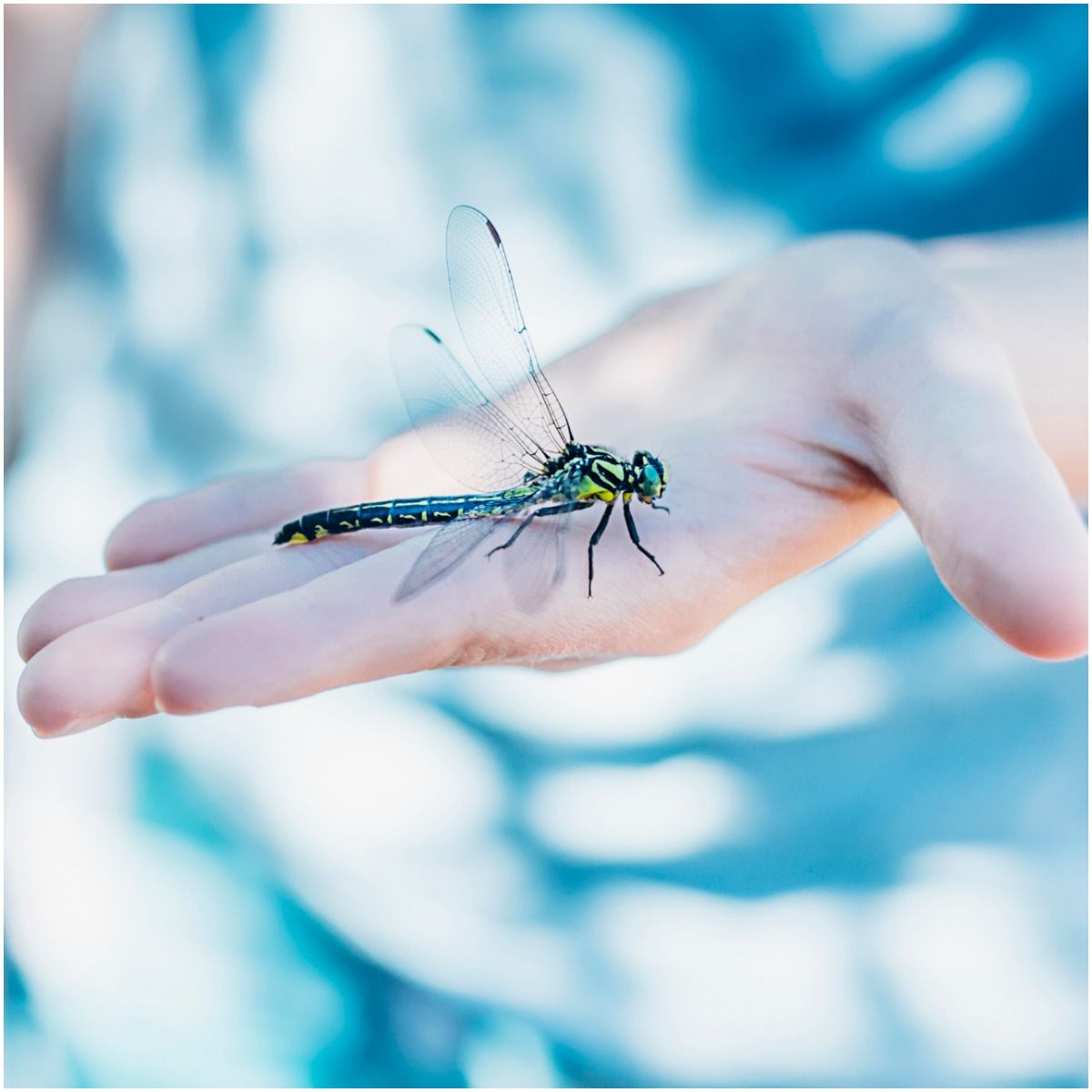 When larvae or nymphs are ready, they take off their last casing and become adults. Even if it represents a change, it can also be a symbol of death, when the soul leaves the body.

Just like the soul leaving the body and going to the other realm, the dragonfly resembles the soul due to the fact that its life is split between two realms.

As we have already learned, the dragonfly spends most of its life underwater during the larval stage. It only spends a few months as a flying insect.

Anyway, when looking at a dragonfly, you’ll see how fabulous its flight is, how it flies in all directions, even backward.

It has very little time to live its adult life, but it seems to be living it to the fullest, without any regrets. Therefore, this small insect can be an inspiration to all people, teaching us to enjoy every moment and live in the HERE and NOW.

Dragonflies are creatures of the water, and every creature that lives in the water symbolizes the subconscious mind and thoughts.

For this reason, it is said that the dragonfly must remind us of our dreams and desires because our concept of life is not influenced only by the environment, but also by our most hidden thoughts. 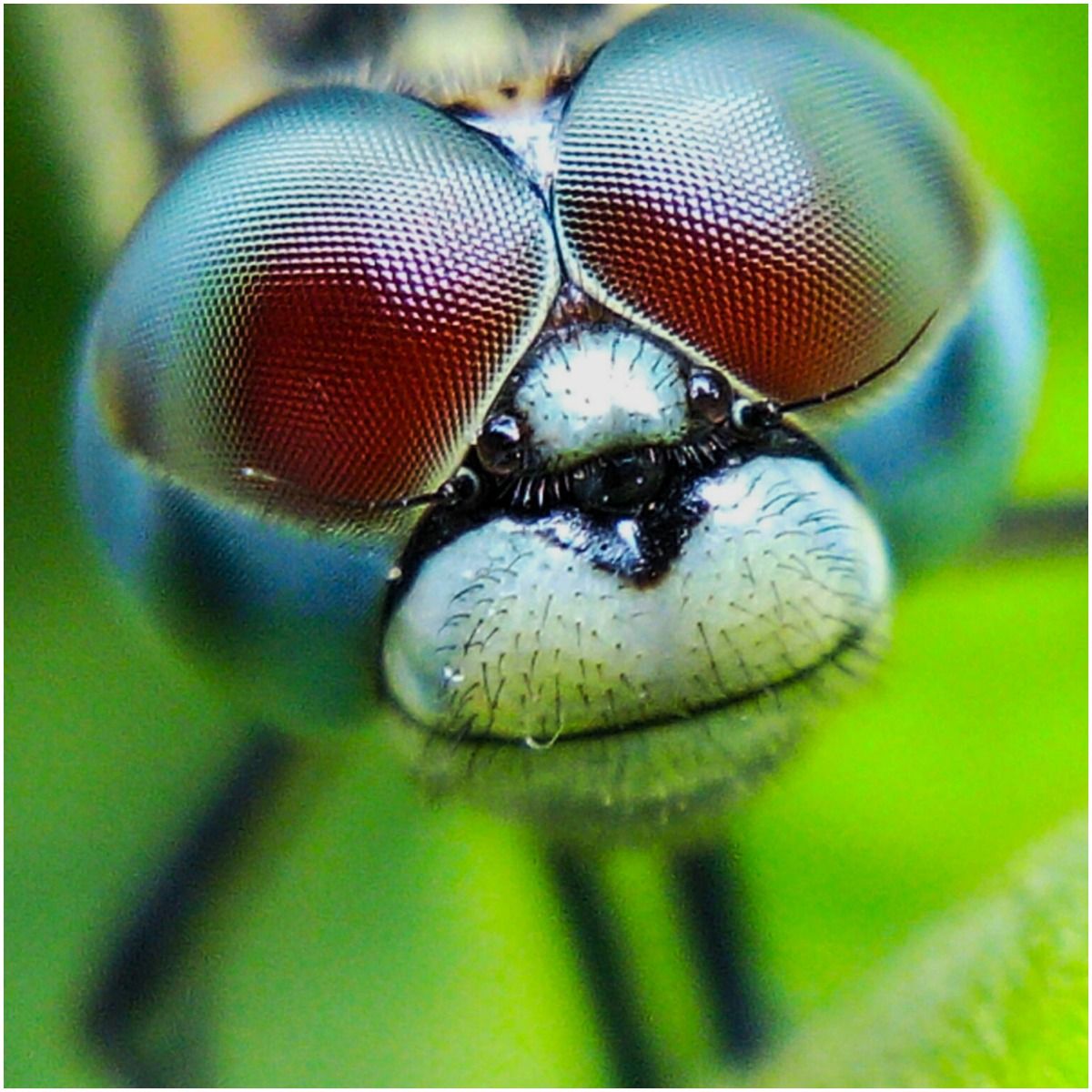 A creature of the wind, air, and water, the dragonfly has been a symbol of freedom and transformation in many cultures. In legends and superstitions, it also embodies prosperity, power, peace, purity, courage, and harmony.

A dragonfly flying over the water can be a symbol of penetration beyond the surface, of looking at the depths of life. The ability of these insects to fly with agility and speed in any direction expresses a force that can only be provided by maturity, aging.

The dragonfly is part of the Odonata family, a Greek word meaning “tooth.” In antiquity, it was believed to be endowed with teeth! In fact, it is equipped with powerful jaws, which help it crush its prey.

In the German tradition, it was called “Teufelspferd” (“the devil’s horse”) and “Wasserhexe” (“the witch of the water”), in France, it was known as the “devil’s needle”, and in Spain, “the devil’s horse”. The Swedes called it “Blindsticka” (“the blind stinger”).

In English, it’s called “dragonfly,” meaning “dragon insect,” probably because of the legend that it was once, in mythical times, a real, enormous dragon.

In English folklore, it is also called “the devil’s sewing needle” because there was a belief that if you fell asleep on a riverbank, the dragonfly would use its long and thin body to sew your eyes.

Also, it was said that this insect would sew the mouths of the lying children, the gossiping women, and the wicked men.

In American folklore, they were called “doctors of the snakes,” because there was a belief that a snake that was cut in two was “sewn,” its body reunified with a needle.

READ MORE: Symptoms That Your Third Eye Is Opening

Norwegian mythology associates the dragonfly with Freya, the goddess of love and fertility, perhaps because of the fact that when they mate, their wings are shaped like a heart.

In a Western superstition, catching a dragonfly meant you would soon marry. According to others, dragonflies guided the good-hearted people who were sailing in search of rich fishing areas.

Dreaming about these insects predicted good news from a person. At the same time, the sight of a dragonfly predicted good fortune in the near future. 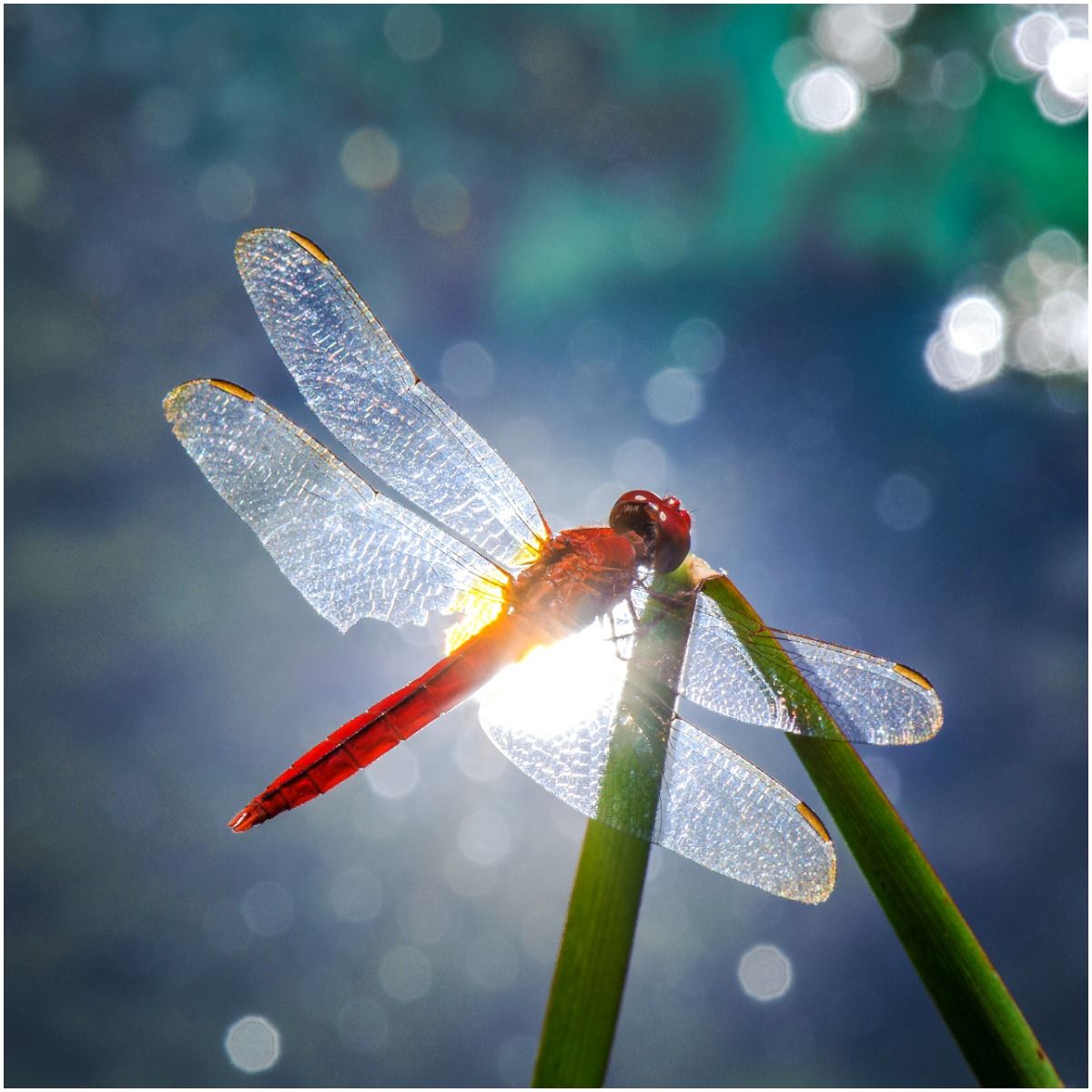 In dreams, the dragonfly symbolizes change and regeneration. It may also indicate that something in your life is no longer what it seems. Alternatively, the dream represents instability, fickleness, or activity. You are always on the move.

Dreaming about eating a dragonfly indicates that you are consumed by a type of passion that may result in hurting someone’s feelings. Dreaming about many dragonflies around you, it indicates your inability to choose companions and friends.

Also, dreaming about a dragonfly means recognizing our need for freedom, but at the same time, we have to admit that it’s short-term freedom.

From a psychological point of view, the image of the dragonfly may suggest that we are following a dream, however, without knowing exactly what the dream is.

READ THIS NEXT: Spiritual Meaning Of Rats In Dreams

My boyfriend and I were tubing down the Shenandoah River six years ago. Many dragonflies began following and surrounding only him. Some were mating and were landing on him attaching themselves to his skin. They did not come near me or try to land on me. A few of them bit him while connected together. We spoke about it to friends and family through-out the following weeks. About a month later I discovered that I was pregnant and had most likely conceived that very weekend. Our daughter is now an amazing and beautiful 6 year old. I just can’t help but see a connection as it was quite a profound event and given the timing. I am curious as to the significance of the dragonflies following and surrounding only him the weekend I conceived.

Thank you for that wonderful information. I have always loved dragonflies and did not know anything about them. Now I know them better. Thank you again.