Whether you’ve seen it in biblical images, in many paintings, embedded in various architectural structures, the pigeon has become, over time, a known symbol that is recognized everywhere.

But the symbol of the pigeon today was influenced by the ages and the degree of civilization of the people that gave it a different meaning than that of a simple bird.

The Pigeon’s Meaning in Antiquity

In Greek and Roman mythology, the pigeon was sacred to Athens, representing the renewal of life. For Aphrodite, the bird was a symbol of love.

The ancient Egyptians considered it a symbol of innocence, and it was believed to sit in the Tree of Life, while in ancient China, it symbolized longevity. Japanese mythology associates the pigeon with Hachiman – the god of war.

In the past, the pigeon was the only bird that the Jews accepted as a sacrifice for the purification of the mother after the child’s birth. Also, the attributes of ancient fertility goddesses, such as Ishtar and Astarte, today’s pigeons embody love.

The Significance Of The Pigeon In Dreams 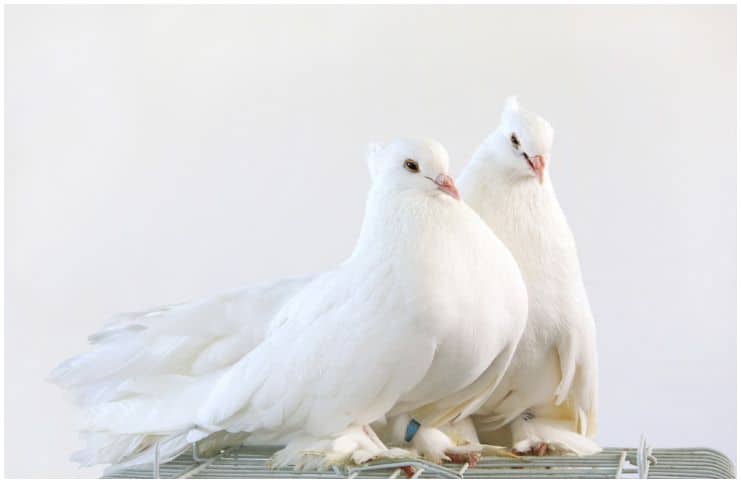 In a dream, the white pigeon symbolizes loyalty, simplicity, gentleness, and friendship. It could also represent a message or a blessing from the Holy Spirit.

Also, the white dove’s appearance in a dream can be a sign of a happy marriage and prosperous business. The arrival of a pigeon in a dream is a good sign as well, as it announces the receipt of important news.

It is said that the dove is the symbol of honest women with a kind heart, and dreaming of a dove that rests may be a sign of happiness and good fortune that will dwell in the house of the dreamer.

Dreaming of a flying pigeon can predict a financial loss, and people who dream of eating pigeons should expect great sorrow.

READ MORE: How to Use Life Force Energy to Heal Yourself

Spiritual Meaning of a Pair of Doves 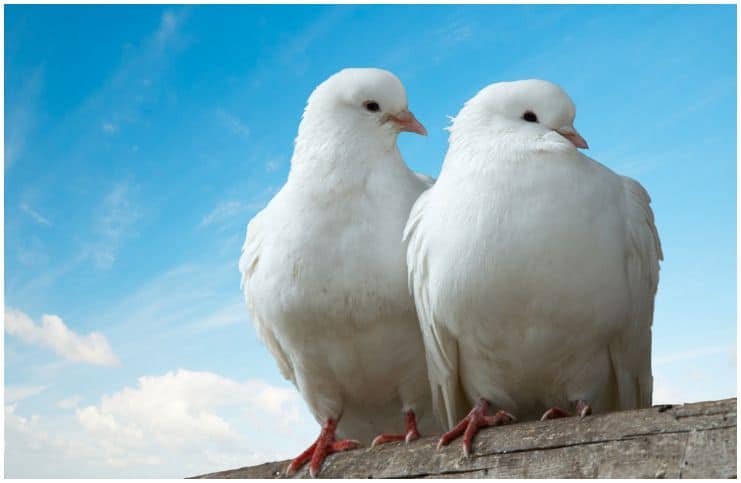 As a stereotype, the pigeon is portrayed as white and delicate, full of love and gentleness. In Christian iconography, the white pigeon is a symbol of the Holy Spirit.

It is said that the white pigeon is so pure that it is the only form that evil spirits can not take.

In the Muslim religion, it is said that a white pigeon has whispered God’s words in Muhammad’s ear.

Today, the white pigeon is a symbol of peace and often appears drawn or sculptured with an olive branch in its beak. This portrayal comes from Noah’s story, who released a pigeon to see if there was any land nearby.

For thousands of years, releasing pigeons is a tradition that embellishes many ceremonies, rituals, and celebrations, giving them value and deep understanding. 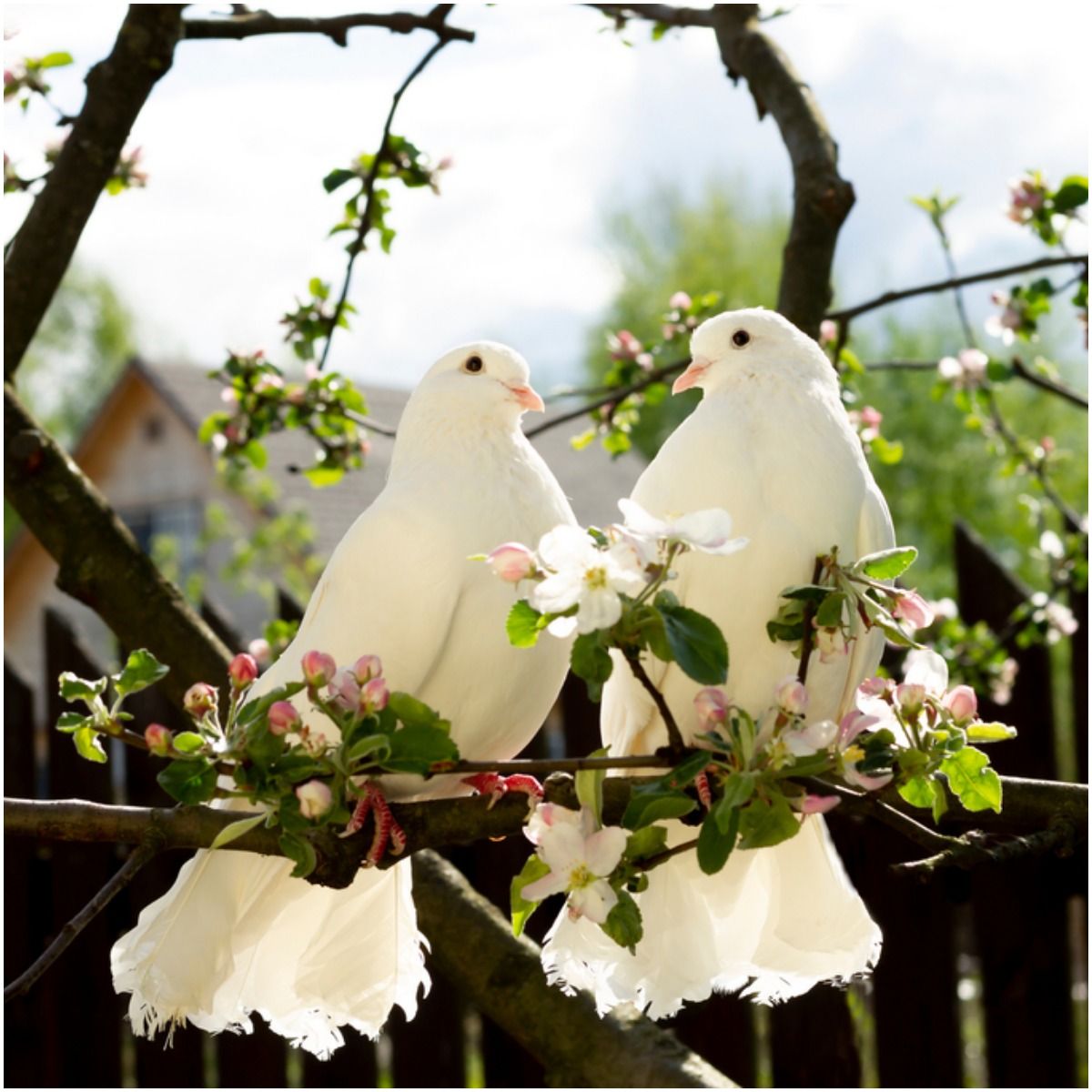 Interesting facts about the white pigeon:

#1 Goddesses Atargatis, Inanna, and Astarte were always described in mythology, along with white pigeons. Legendary Queen Semiramis was raised by white pigeons, thus connecting her with the goddesses.

#2 In Gilgamesh’s poem, the white pigeon was released to look for the end of the flood.

#3 The white pigeon was also the sacred animal of Aphrodite, goddess of beauty in Greek mythology, and Venus, from Roman mythology, two goddesses of love and friendship.

#4 If you see a white dove on your wedding day, you will definitely have a happy home.

#5 God chose the pigeon as a symbol of the Holy Spirit.

#6 Pigeons have always been a symbol of eternal peace.

#7 Pigeons are extraordinary parents who work together to raise their chicks, an extra reason for them to be the symbol of love, fidelity, and fertility. Also, the reason you never see a baby pigeon is due to the fact that they live in the nest for about one month, at which point they look like adult pigeons.

#8 Pigeons choose their partner for life, they are incredibly loyal and build their nest together. Because they are used to nesting where people have access and can see them, there is an idea that pigeons are dedicated, honorable, and quiet.

#10 In Scripture, white pigeons are the most widespread species of all other bird species.

READ THIS NEXT: Interesting Facts About Hinduism

I have always had collared doves in the garden 30 years ago we put up a dovecote but no doves ever inhabited it. My husband died last September and in the months leading up to his death I found he had been unfaithful to me for the last 15 years. A week ago I suddenly had 2 white doves arrive in the garden and they have taken up residence in the dovecote. Is is just pure chance or is there a meaning to it.