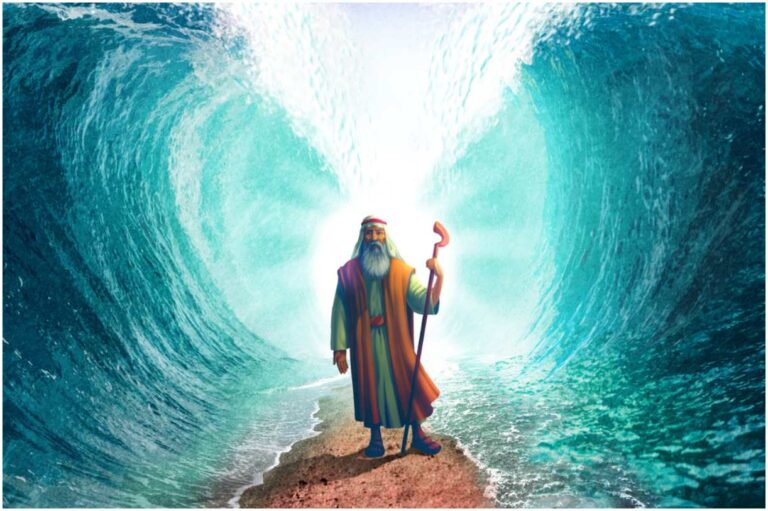 ”Exodus: Gods and Kings” is an epic biblical film inspired by the biblical episode of The Exodus of the Hebrews from Egypt led by Moses.

It grossed over $268 million worldwide at the box office. It was banned in Egypt and the United Arab Emirates for “historical inaccuracies.”

The film was written by Steven Zaillian, Jeffrey Caine, Bill Collage, and Adam Cooper. It was directed and produced by Ridley Scott.

It is Rossini’s re-adaptation of the story of Moses in Egypt.

”The Life of Moses” is a silent epic film that presents the biblical story of Moses. It stars William J. Humphrey, Julia Arthur, and Pat Hartigan.

At the time, the film met great resistance from movie theater owners. The film was produced by the Vitagraph Company and directed by J. Stuart Blackton.

”Patterns of Evidence: Exodus” is a documentary film about the biblical story of the Exodus of the Hebrew slaves from Egypt.

It features interviews with biblical scholars, historians, and archaeologists. The film was released at the Pan Pacific Film Festival in July 2014. It was directed by Tim Mahoney.

”The Ten Commandments” is a silent religious epic film that is written by Jeanie MacPherson and directed by Cecil B. DeMille.

It entered the public domain in the US in 2019.

”Moses und Aron” is a film based on the unfinished opera of the same title by Arnold Schoenberg.

The film was shown at the 1975 Cannes Film Festival. It was shot on location in Egypt and Italy. It was directed by Jean-Marie Straub and Danièle Huillet.

”Wholly Moses!” is a Biblical spoof film that tells the story of two tourists who discover an ancient scroll describing the life of Herschel, the man who was almost Moses.

”The Prince of Egypt” is an animated musical drama film that chronicled the life of Moses. The film grossed more than $218 million worldwide.

The score is composed by Hans Zimmer. The film was produced by DreamWorks Animation.

It is an adaptation of the TV series presented by Rede Record in 2015.

”The Ten Commandments” is a religious drama movie filmed on location in the Sinai Peninsula, Mount Sinai, and Egypt. The film is a partial remake of the 1923 silent film of the same title.

It is selected for preservation in the US National Film Registry by the Library of Congress. The film won the Academy Award for Best Visual Effects.

It was produced, directed, and narrated by Cecil B. DeMille.

”The Ten Commandments: The Musical” is a musical that debuted at the Kodak Theatre in Hollywood on September 21, 2004.

The musical was directed by Robert Iscove.

READ MORE: Movies About Friendship You Have To Watch

”Moses” is a Biblical drama TV miniseries in which performed Christopher Lee as Ramesses II, Frank Langella as Merneptah, and Ben Kingsley as Moses.

It is a part of TNT’s Bible Collection. The film is written by Lionel Chetwynd and directed by Roger Young.

”The Ten Commandments” is a computer-animated film that follows Moses from his childhood, as the adopted son of Pharaoh.

The film stars Elliott Gould as God, Alfred Molina as Ramses, and Christian Slater as Moses. It is narrated by Ben Kingsley and directed by Bill Boyce and John Stronach.

READ THIS NEXT: Movies About The End Of The World