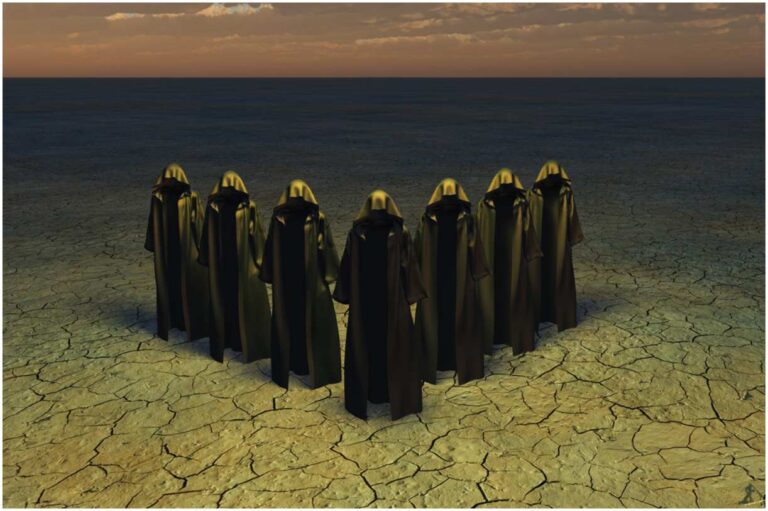 ”The Endless” is a science-fiction horror film that tells the story of two brothers who visit an alleged cult they formerly belonged to.

”Mandy” is a horror art film that follows Red Miller (Nicolas Cage) as he takes revenge on a hippie cult who murdered his wife.

”Ritual” is a horror film about a man who arrives at a motel and finds out that his wife has killed a stranger who is connected to a dangerous cult.

The film stars Dean Cates and Lisa Summerscales. It was written and directed by Mickey Keating.

”Midsommar” is a folk horror film that presents a group of friends who travel to Sweden for a festival that occurs once every 90 years.

It grossed over $47 million worldwide. The film was shot on location in Budapest. Some of the stars are Will Poulter, Florence Pugh, Archie Madekwe, Ellora Torchia, Vilhelm Blomgren, William Jackson Harper, and Jack Reynor.

The film was written and directed by Ari Aster.

”Charlie Says” is a biographical drama film that documents the work of Ms. Faith with the Manson women at the California Institution for Women.

It is based on the books, The Long Prison Journey of Leslie Van Houten, by Karlene Faith, Ph.D., and The Family, by Ed Sanders.

It is a documentary film about Scientology that is based on Lawrence Wright’s book Going Clear: Scientology, Hollywood and the Prison of Belief. The Church of Scientology denounced the filmmakers and their interviewees.

”Going Clear” won the award for Best Documentary Screenplay from the Writers Guild of America.

”The Other Lamb” is a horror film that was released in the US on April 3, 2020, by IFC Midnight. The film stars Denise Gough, Michiel Huisman, and Raffey Cassidy.

It was written by C.S. McMullen and directed by Małgorzata Szumowska.

”The Lodge” is a psychological horror film about a woman and her fiancé’s two children as they become stranded at their rural lodge during Christmas.

It was directed by Severin Fiala and Veronika Franz.

”The Master” is an epic psychological drama film that follows a WWII Navy veteran struggling to adjust to a post-war society. It stars Amy Adams, Philip Seymour Hoffman, and Joaquin Phoenix.

The film was written and directed by Paul Thomas Anderson.

”Martha Marcy May Marlene” is a dramatic thriller film that portrays a young woman suffering from delusions and paranoia.

The film stars Hugh Dancy, Sarah Paulson, John Hawkes, and Elizabeth Olsen. It was written and directed by Sean Durkin.

”Apostle” is a period horror film about a British man who attempts to rescue his sister from an evil cult.

The film was written and directed by Gareth Evans.

”The Heretics” is a body horror film that tells the story of a young woman who is kidnapped.

The film was produced by Breakthrough Entertainment and Black Fawn Films.

”Holy Hell” is a documentary film that follows filmmaker Will Allen who records the time he spent with the Buddhafield. The group has been described by some former members as being a cult.

”Sound of My Voice” is a psychological thriller film that chronicles a couple who make a film documentary about a secretive cult led by a leader who claims to be from the future.

It was written by Zal Batmanglij and Marling, and directed by Batmanglij.

READ MORE: The Most Disturbing Movie Visions of Hell

It is a documentary film that presents interviews with former members of Peoples Temple.

The film was produced and directed by Stanley Nelson.

”Faults” is a psychological thriller dark comedy film that premiered at the 2014 SXSW on March 9, 2014.

The film was written and directed by Riley Stearns. The cast is made of Chris Ellis as Paul, Beth Grant as Evelyn, Lance Reddick as Mick, Jon Gries as Terry, Mary Elizabeth Winstead as Claire, and Leland Orser as Ansel Roth.

”The Sacrament” is a found footage horror thriller film based on the real-life events of the Jonestown Massacre of 1978.

It is written and directed by Ti West.

READ MORE: 20 Haunting Ghost Movies That Will Give You Chills

”Children of the Corn: Revelation” is a horror film that tells the story of a woman who travels to Omaha and finds her apartment building to be overrun with mysterious children.

The film is the 7th installment of the Children of the Corn series.

”Jesus Camp” is a documentary film about a charismatic Christian summer camp.

”The Invitation” is a horror film about a man who accepts an invitation to a dinner party hosted by his ex-wife.

READ THIS NEXT: Movies About Time Travel