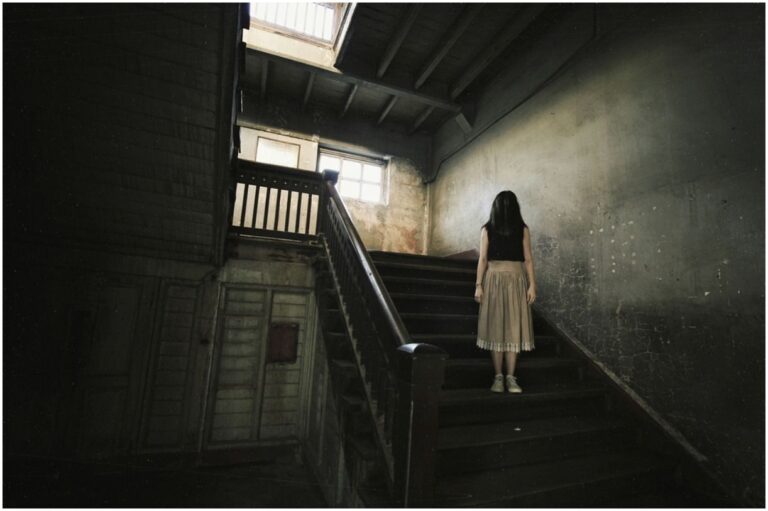 ”Ghost” follows a young woman in jeopardy (Demi Moore), the ghost of her murdered lover (Patrick Swayze), and a psychic (Whoopi Goldberg) who helps him in saving her.

It grossed more than $505 million on a budget of $22 million. It was written by Bruce Joel Rubin and directed by Jerry Zucker.

”Candyman” is about a Chicago graduate student who completed a thesis on the ghost of an artist in the late 19th century.

The film is based on the short story “The Forbidden” by Clive Barker, and it starred Vanessa Williams, Kasi Lemmons, Xander Berkeley, Tony Todd, and Virginia Madsen.

”Ghostbusters” is about four women and their assistant who begin a ghost-catching business in NYC. It is a reboot of the 1984 film of the same name.

The film grossed over $229 million worldwide. Some of the stars in the film are Chris Hemsworth, Leslie Jones, Kate McKinnon, Kristen Wiig, and Melissa McCarthy. Ghostbusters was written by Feig and Katie Dippold, and directed by Paul Feig.

”Pirates of the Caribbean: Dead Men Tell No Tales” centers on Captain Jack Sparrow (Johnny Depp) who searches for the Trident of Poseidon while being pursued by an undead sea captain (Captain Salazar) and his crew. Other stars in the film are Kaya Scodelario, Brenton Thwaites, Javier Bardem, Geoffrey Rush, and Kevin McNally.

In ”Casper,” a “ghost therapist” is asked to exorcise the spectral inhabitants of a haunted house fabled to contain treasures.

”Crimson Peak” tells the story of an aspiring author who travels to a remote mansion in the English hills with her new husband and his sister.

Some of the stars in the film are Jim Beaver, Charlie Hunnam, Jessica Chastain, Tom Hiddleston, and Mia Wasikowska. The film was written by Guillermo del Toro and Matthew Robbins, and directed by del Toro.

”Scary Movie 4” follows Cindy who finds out that the house she lives in is haunted by a little boy and goes on a quest to find out who killed him.

It was produced by Craig Mazin and Robert K. Weiss, and directed by David Zucker. It is the fourth installment in the Scary Movie franchise.

”Scary Stories to Tell in the Dark” is about an aspirant writer and his friends who decide to play a prank on Tommy Milner.

The film grossed more than $105 million worldwide. It is based on the children’s book series of the same name by Alvin Schwartz.

”The Woman in Black” follows a young recently widowed lawyer who travels to a remote village. The plot is set in early 20th-century England.

”The Others” is about a woman who lives in her darkened old family house and becomes convinced that the home is haunted. It grossed more than $209 million worldwide.

”Heart and Souls” chronicles a businessman who is recruited by the souls of four deceased people to help them rectify their unfinished lives.

It stars Robert Downey Jr. as Thomas Reilly. The film was directed by Ron Underwood.

The film tells the story of an architect (Michael J. Fox) who practices necromancy, developing psychic abilities allowing him to communicate with ghosts.

”The Grudge” follows an American nurse who moves to Tokyo and encounters a supernatural spirit who is vengeful and often possesses its victims.

It grossed over $187 million worldwide. The film was produced by Takashige Ichise, Robert Tapert, and Sam Raimi.

”The Curse of La Llorona” is set in 1973 LA and tells the story of a mother who must save her children from a malevolent spirit who is trying to steal them.

It stars Patricia Velásquez, Raymond Cruz, and Linda Cardellini. The film is the sixth installment in The Conjuring Universe franchise.

”The Awakening” follows an author (Rebecca Hall) who works with the police to debunk supernatural hoaxes.

”Beetlejuice” chronicles the spirits of a deceased couple who are harassed by an unbearable family that has moved into their home.

”Gothika” is about a psychiatrist (Halle Berry) in a women’s mental hospital who was accused of having murdered her husband.

The film grossed over $141 million worldwide.

”Bleach” follows a Japanese teenager who can see ghosts.

”Poltergeist” is a reboot of the 1982 film of the same name. It grossed more than $95 million worldwide.

”A Ghost Story” is about a man (played by Casey Affleck) who becomes a ghost and remains in the house he shares with his wife.

READ THIS NEXT: Angel Movies