20 Movies About Heaven & The Afterlife 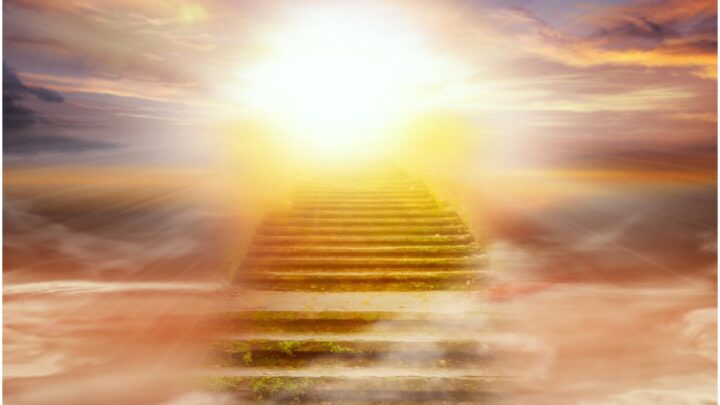 Hereafter tells three parallel stories about three people affected by death in similar ways. The film is produced by Steven Spielberg, written by Peter Morgan, and scored by Clint Eastwood.

It tells the story of an angel (Nicolas Cage) who falls in love with a mortal woman (Meg Ryan) and wishes to become human in order to be with her.

Note – this plot is somehow reminiscent of the story of the Nephilim.

”City of Angels” is directed by Brad Silberling, and it grossed almost $200 million worldwide.

”Dragonfly” is about a doctor being contacted by his late wife through his patients’ near-death experience. The film was directed by Tom Shadyac, and it grossed more than $52.3 million worldwide.

It is a remake of the 1943 romantic drama ”A Guy Named Joe” set during WWII. ”Always” follows the spirit of a recently dead expert pilot who mentors a newer pilot while watching him fall in love with the girlfriend he left behind.

Some of the stars in the film are Audrey Hepburn, Brad Johnson, John Goodman, Holly Hunter, and Richard Dreyfuss. ”Always” was directed by Steven Spielberg.

It tells the story of Andre Luiz, a doctor who experiences an enlightening spiritual awakening after his death. ”Astral City” is based on the best-selling book by medium Chico Xavier.

The film follows Chris Nielsen, who dies in an accident and enters Heaven. There, he finds out that his wife has killed herself out of grief over the loss. Later, Nielsen embarks on an afterlife adventure to reunite with her.

It stars Cuba Gooding Jr and Robin William. The film was adapted by Ronald Bass from the 1978 novel of the same name by Richard Matheson.

The film tells the story of a man who dies and arrives in the afterlife. There, he finds out that he must stand trial and justify his lifelong fears in order to advance to the next phase of existence.

Some of the stars in ”Defending Your Life” are Buck Henry, Lee Grant,  Rip Torn, and Meryl Streep.

”The Lovely Bones” is about a girl who is murdered and watches over her family from “the in-between” and is torn between seeking vengeance on her killer.

”Heaven Can Wait” follows a young man (Warren Beatty) being mistakenly taken to heaven by his guardian angel (Buck Henry).

”Miracles from Heaven” shows the true story of a young girl who had a near-death experience and was later cured of an incurable disease.

It is a 1950 French film directed by Jean Cocteau.

Synopsis – after a fight breaks out between the poet Orphée and a group of resentful upstarts at the Café des Poètes in Paris, another poet, Cègeste, is killed. Later, a princess insists on taking Orpheus and the body away in her Rolls-Royce. However, Orphée soon finds himself in the underworld.

”A Matter of Life and Death” is about a British wartime aviator who cheats death and must argue for his life before a celestial court.

”Heaven Is for Real” is about a father and his son Colton who claims to have visited Heaven during a near-death experience.

”All Dogs Go to Heaven” tells the story of a German Shepherd (voiced by Burt Reynolds) that is murdered by his former friend (voiced by Vic Tayback).

”90 Minutes in Heaven” follows a man who is involved in a car crash and is pronounced dead. After an hour and a half later, he comes back to life, claiming to have seen Heaven.

The film is based on the bestselling novel of the same name. It stars Michael Harding, Michael W. Smith, Dwight Yoakam, Kate Bosworth, and Hayden Christensen.

”The Shack” tells the story of a family man, Mack Phillips (Sam Worthington), who suffers an unendurable tragedy. It is based on the 2007 novel by Canadian author William P. Young.

”The Sixth Sense” is about a boy (Haley Joel Osment) who is able to see and talk to the dead and a child psychologist (Bruce Willis) who tries to help him. It was written and directed by M. Night Shyamalan.

”Down to Earth” tells the story of a comedian (Chris Rock) who is killed before his time on Earth is through.

The action in the film takes place in a world where death has lost meaning due to a breakthrough scientific discovery that there is now definitive proof of an afterlife.

READ THIS NEXT: 20 Spiritual Awakening Movies 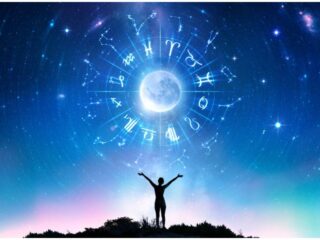