The Best 25 Existential Movies of All Time 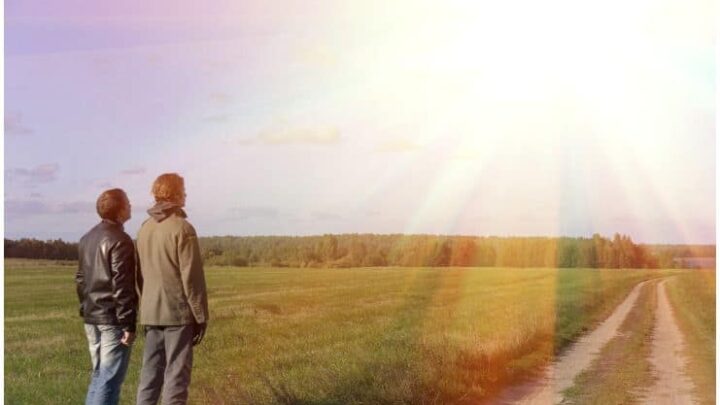 Depending on who you speak to, existentialism will be described in different ways.

It opens up a very difficult can of worms. So, for the purpose of our conversation today, let’s give it a general description instead.

An existential movie relates to a world of life path that has no predetermined meaning, justice system, or rules.

Usually, the characters will go through a complicated struggle to come up with a meaning of life in a world that offers them nothing.

These stories are created to force the audience (us) into delving into our purpose and meaning further, almost goading us to embrace the truth.

While everyone has vastly different opinions on the value and outcomes of watching these films, we’ve put together a list of the best 25 for you to peruse.

We’ll be talking about the following:

Ready to find out more about the storylines of these breathtaking existential movies? Continue reading and make sure to pop some of them onto your “To Watch” list!

The Best 25 Existential Movies of All Time

The movie is about a love story that is forged in the least romantic place in the world: a slaughterhouse.

”Into the Wild” tells the true story of Christopher McCandless, a bright young American college graduate who horrified his parents by sending his $24,000 law school fund to Oxfam. Then, he decided to live off the grid for more than 2 years, culminating in a fatal 4-month solo journey to the Alaskan backcountry.

The movie represents Sean Penn’s most assured and affecting work yet as screenwriter and director, in the wake of The Crossing Guard, The Indian Runner, and The Pledge.

The film tells the life story of Nemo Nobody, a 118-year-old man who is the last mortal on Earth after the human race has achieved quasi-immortality.

”Mr. Nobody” is a 2009 science fiction drama film directed and written by Jaco Van Dormael and starring:

”Flight from Death: The Quest for Immortality” is a documentary film that investigates the relationship of human violence to fear of death, as related to subconscious influences.

In this movie, Mary Kay Place plays a selfless widow burdened by guilt, with Jake Lacy as her drug-addicted son in this 1st narrative feature from director Kent Jones.

”My Dinner with Andre” is an American comedy-drama film that is directed by Louis Malle, and written by and starring Wallace Shawn (Wally) and Andre Gregory (Andre). The plot is about two old friends who meet for dinner – as one tells anecdotes detailing his experiences, the other notices their differing worldviews.

”The Bucket List” is an American comedy-drama film that is produced and directed by Rob Reiner, written by Justin Zackham, and starring Morgan Freeman and Jack Nicholson. The plot is about two terminally ill men who escape from a cancer ward and head off on a road trip with a wish list of to-dos before they die.

In this movie, a sexually frustrated suburban father has a mid-life crisis after becoming infatuated with his daughter’s best friend. Academics have described ”American Beauty” as a satire of American middle-class notions of beauty and personal satisfaction.

”An Elephant Sitting Still” is a 2018 Chinese film directed, written, and edited by Hu Bo. In the movie, 4 people in a Chinese city live through a complicated day as their lives intersect.

”Requiem for a Dream” is an American psychological tragedy film that is directed by Darren Aronofsky and starring Jared Leto, Ellen Burstyn, Marlon Wayans, and Jennifer Connelly. The plot is about the drug-induced utopias of 4 Coney Island people who are shattered when their addictions run deep.

In ”The Pursuit of Happiness,” a struggling salesman takes custody of his son as he’s poised to begin a life-changing professional career.

”Ikiru” examines the struggles of a terminally ill Tokyo bureaucrat and his final quest for meaning. This Japanese drama film was co-written and directed by Akira Kurosawa.

In ”The Shift,” Wayne Dyer explores the spiritual journey in the second half of life when we long to find the purpose that is our unique contribution to the world.

Directed by Ron Fricke, Baraka is a collection of expertly photographed scenes of human life and religion.

”The Tree of Life” chronicles the origins and meaning of life by way of a middle-aged man’s childhood memories of his family living in 1950s Texas.

This American experimental epic drama film was directed and written by Terrence Malick and featured an impressive cast:

It follows an estranged couple who have erased each other from their memories, then re-met and started dating again. Pierre Bismuth created the story with Gondry and Kaufman.

The plot is about a FedEx executive who must transform himself emotionally and physically to survive a crash landing on a deserted island.

Following a motorcycle accident, Assi (Ran Danker), a screenwriter and poet from Tel Aviv, is sentenced to community service as a cinema teacher in a development town in southern Israel.

The film closely follows the real story of foundling Kaspar Hauser, using the text of actual letters found with Hauser.

The movie takes place in a world where human worth and emotional connections are determined by set “frequencies.” The film stars Owen Pugh, Eleanor Wyld, and Daniel Fraser.

The story is about a mathematician and the obsession with mathematical regularity contrasts two seemingly irreconcilable entities: the rigor and regularity of mathematics, specifically number theory, and the imperfect (irrational humanity).

The film follows Marcello Rubini (Marcello Mastroianni), a journalist writing for gossip magazines, over 7 days and nights on his journey through the “sweet life” of Rome in a fruitless search for happiness and love.

La Dolce Vita was directed and co-written by Federico Fellini. The film was a massive box office hit in Europe with 2,956,094 admissions in France and 13,617,148 admissions in Italy.

It won the Palme d’Or at the 1960 Cannes Film Festival.

The story of ”Spring, Summer, Fall, Winter… and Spring” is about the life of a Buddhist monk as he passes through the seasons of his life, from childhood to old age. The movie was directed by Kim Ki-duk and filmed in a Buddhist monastery that floats on a lake in a pristine forest.

READ THIS NEXT: 15 Lucid Dreaming Movies 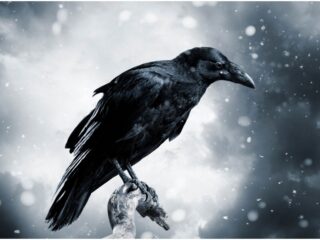 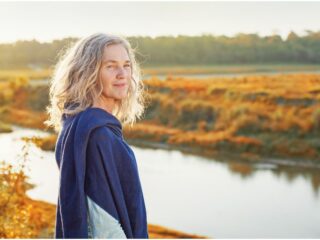 14 Signs You're An Old Soul Though You Don't Appear To Be
Read Next Post →
Click here to cancel reply.