Wilfred Edward Salter Owen MC was one of the leading poets of the First World War. He composed nearly all of his poems in slightly over a year, from August 1917 to September 1918.

Some of his famous works are Anthem for the Doomed Youth, Dulce Et Decorum Est,  Disabled, 1914, Mental Cases, Asleep, and Exposure.

Find Out What Are The Top Fun And Interesting Facts About Wilfred Owen:

1) Wilfred was the son of Susan Shaw and Tom Owen, both from a middle-class family. He had two brothers, Colin and Harold, and one sister, Mary.

2) When he was four years old, his family moved to Liverpool.

3) Raised as an Anglican, Wilfred was a devout believer in his youth. But, he lost faith in the church because of the failure to help those in need.

4) He discovered his poetic vocation in about 1904 during a holiday spent in Cheshire.

5) By 1906, his family had moved back to Shropshire when work commitments caused his father to move to Shrewsbury, where he worked as an assistant superintendent on the railways.

6) He went to school at the Birkenhead Institute and Shrewsbury Technical School.

7) In 1911, Wilfred passed the matriculation exam for the University of London, but not with the first-class honors needed for a scholarship, that in his family’s circumstances was the only way he could have afforded to attend.

8) From 1913, Wilfred worked as a private tutor of French and English at the Berlitz School of Languages in Bordeaux, France. 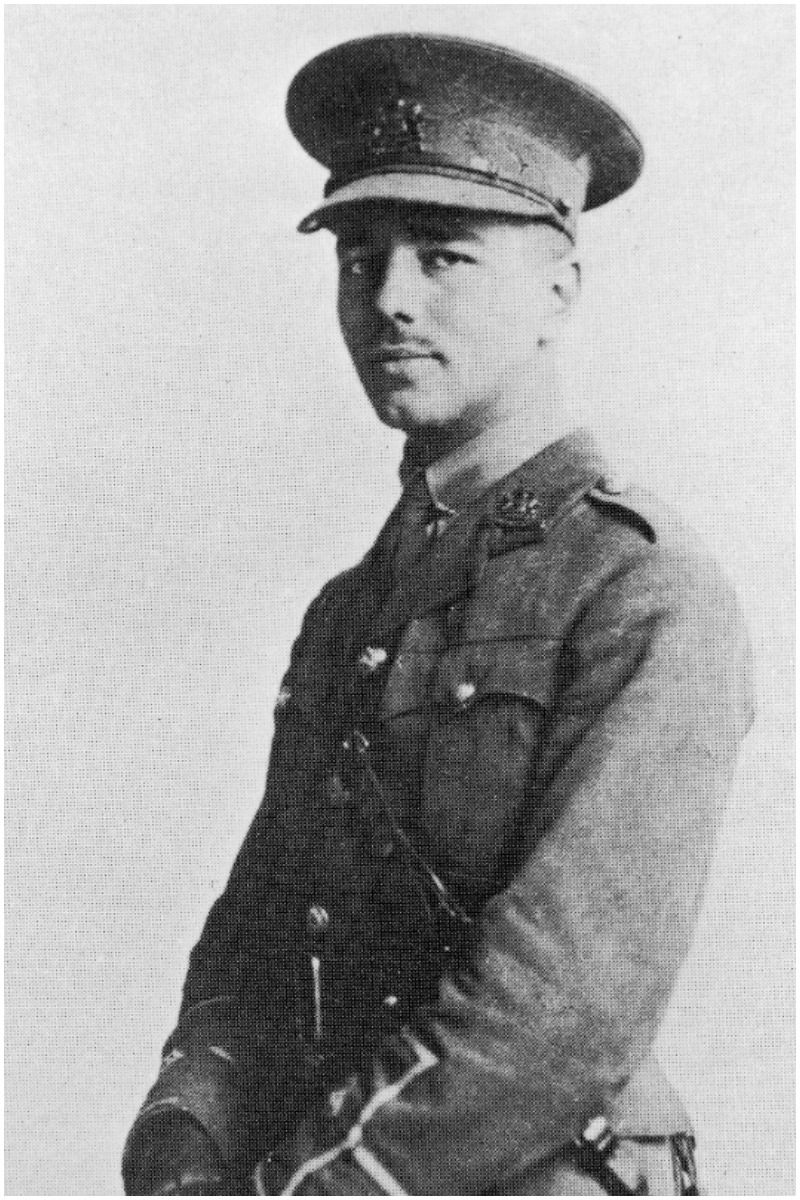 11) His first experience of being under fire came in January 1917, near Serre on the Somme, and left him contemplating suicide. He also visited wounded French soldiers at a hospital at Baignères. He not only wrote about what he saw but also drew in great and graphic details the wounds he observed.

12) In March 1917, he received minor injuries after falling into a cellar in the dark, however, he was back on the front line in April 1917.

13) In May 1917, Owen returned home after a shell-shock incident that made him unfit to lead the troops. In a letter to his mother dated May 2, 1917, he wrote: ”Do not for a moment suppose I have had a breakdown. I am simply avoiding one.”

14) As he wrote in 1918, his motives for enlisting were twofold, and included his desire to write of the experience of war:

15) He was treated at Craiglockhart War Hospital, where he was interested in literature and art after meeting some fellow poets, including Siegfried Sassoon.

16) Reading Sassoon’s poems and discussing his work with Sassoon revolutionized his style and his conception of poetry.

17) In the spring of 1918, he released a short book of the poems he had written. The preface to the collection starts: “This book is not about heroes.”

18) He was discharged from hospital in November and posted to the Manchester’s reserve battalion at Scarborough. 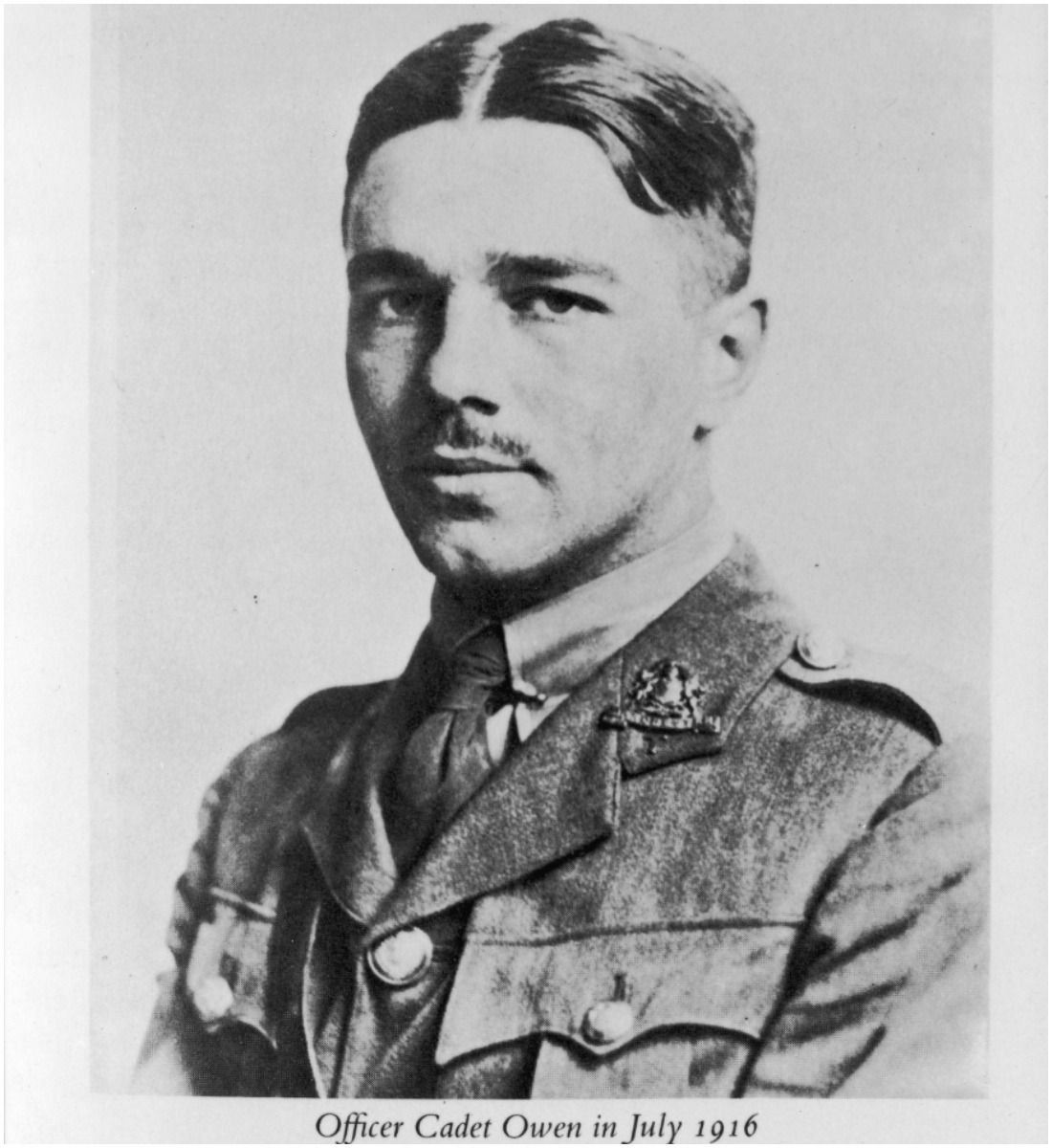 19) On October 1, 1918, Owen led his men in an attack near the village of Joncourt (it was immediately west of the German fortification called the Beaurevoir-Fonsomme Line). It was a victory for England as well as for Wildred, who was recommended for a Military Cross for his fine leadership during the battle.

20) Wilfred was killed in action by the banks of the Sambre-Oise canal near the French town of Ors on November 4, 1918, just seven days before the armistice.

22) As his parents were listening to the bells of the local church celebrating the armistice, the doorbell rang with the news every person dreaded.

23) The inscription on his gravestone is based on a quote from his poetry: “Shall life renew these bodies? Of a truth all death will he annul” W.O.

24) Only five of his poems were published before he died, including “Futility,” “Anthem for Doomed Youth,” “Dulce Et Decorum Est,” “Strange Meeting,” and “The Parable of the Old Men and the Young.”

25) A review of Owen’s poems published on December 29, 1920, read: “Others have shown the disenchantment of war, have unlegended the roselight and romance of it, but none with such compassion for the disenchanted nor such sternly just and justly stern judgment on the idyllisers.”

26) After his death, Owen was awarded the Military Cross.

27) In 1975, Mrs. Harold Owen, sister-in-law, donated his photographs, manuscripts, and letters to the University of Oxford’s English Faculty Library.

28) A film named The Burying Party is currently in its final stages of production, which depicts his final year from Craiglockhart Hospital to the Battle of the Sambre.

READ THIS NEXT: 30 Adyashanti Quotes