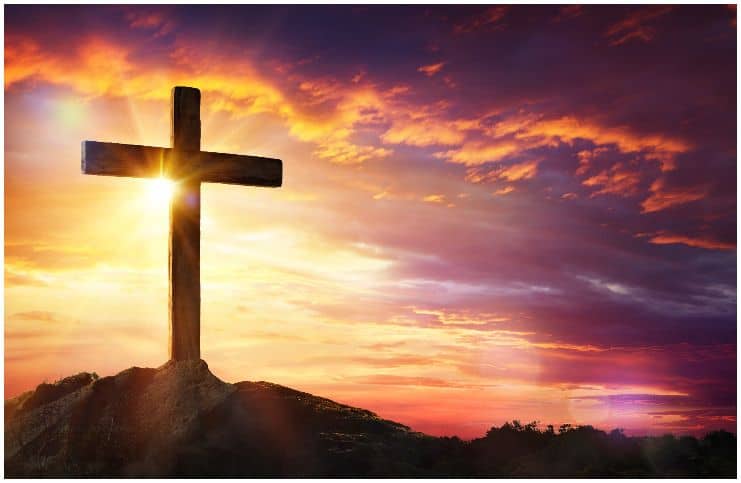 The Christian Cross is one of the earliest and most widely used Christian symbols. The cross is a sign both of the faith of Christian and of Christ himself.

However, the cross is found in both non-Christian and pre-Christian cultures. The cross began to see more common use throughout Christianity, beginning with the fourth Century and Emperor Constantine. 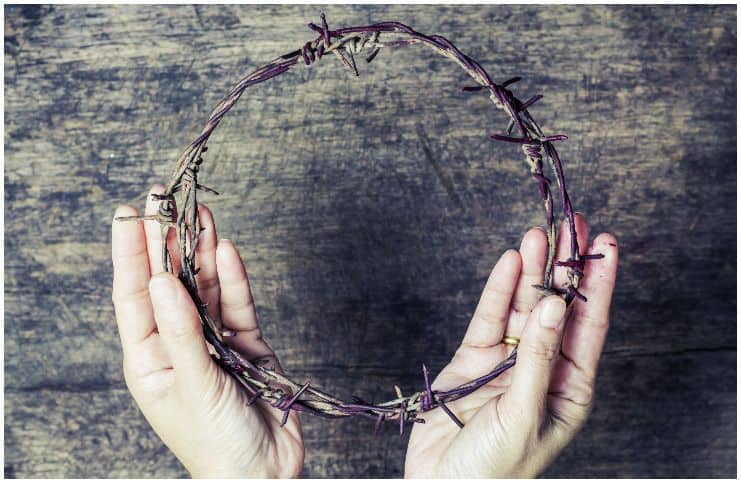 For Christians, the crown of thorns is a reminder that Jesus was willing to endure the shame, the insults, and pain, all on our account. In Matthew 27:28-29, we read, “And they stripped him and put a scarlet robe on him, and twisting together a crown of thorns, they put it on his head and put a reed in his right hand. And kneeling before him, they mocked him, saying, ‘Hail, King of the Jews!'”

The dove has been used among numerous Christian denominations as a general symbol for new beginnings, purity, and peace, as well as a symbol for the Holy Spirit.

Note – the dove became an iconic symbol of the mother goddess in the Ancient Near East and the Mediterranean world. 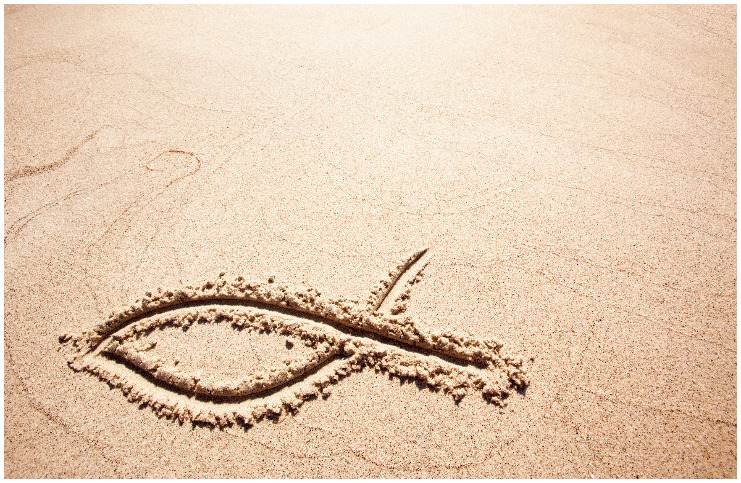 The fish was meaningful to Christians because of the many accounts from Jesus’ life involving fish. Twice, Jesus provided a miraculous draught of fish for His disciples (John 21:4–6; Luke 5:4–7). 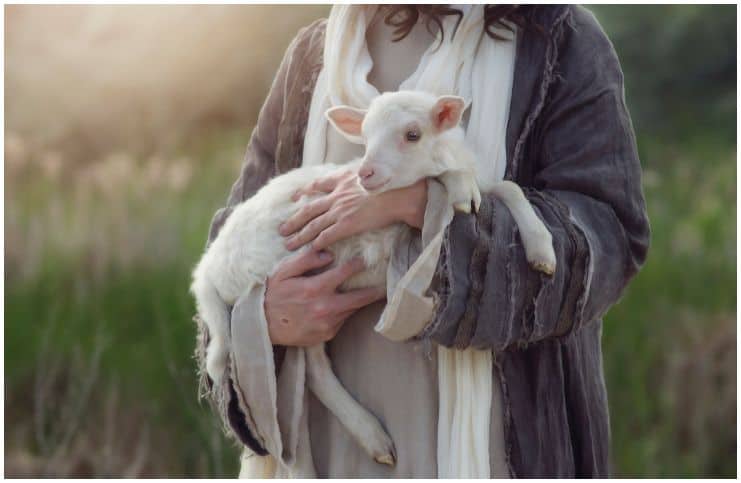 In the Gospels, Jesus is specifically identified as “the lamb of God.” In John 1:29, we read: “Behold the Lamb of God, which taketh away the sin of the world.” 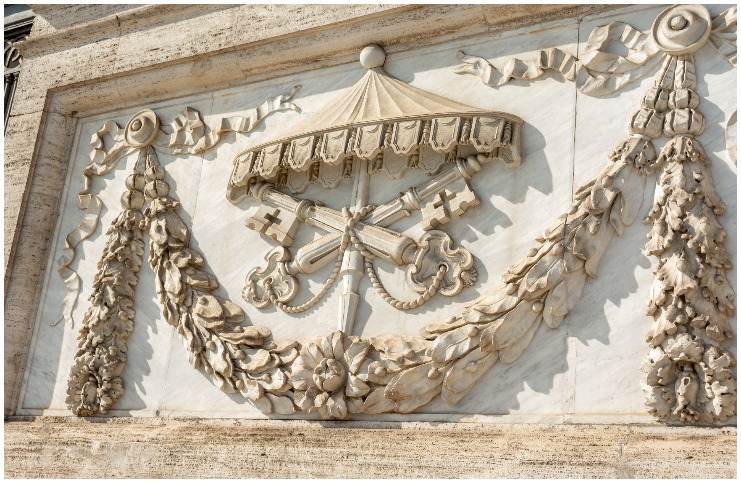 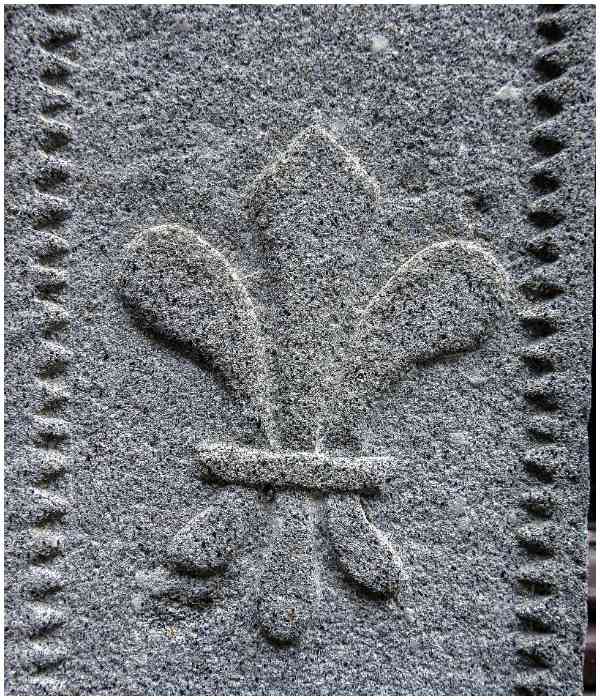 A medieval emblem in France representing the lily as a symbol of purity. 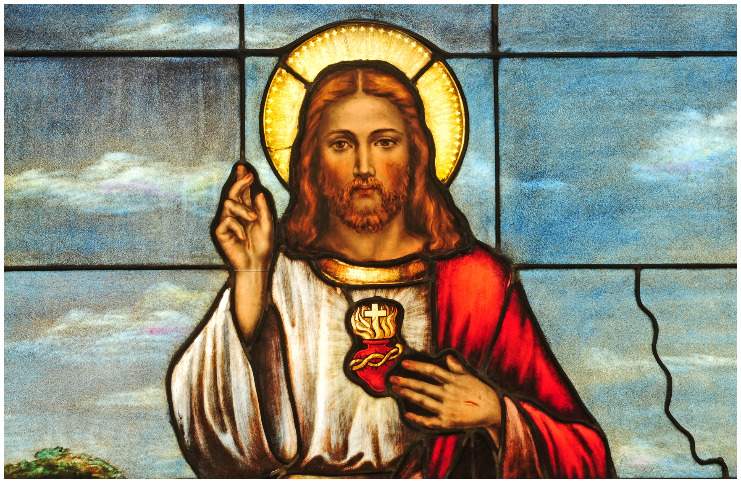 The Sacred Heart represents Jesus Christ’s actual heart as His love for all of humanity. Saint Gertrude the Great was an early devotee of the Sacred Heart of Jesus. 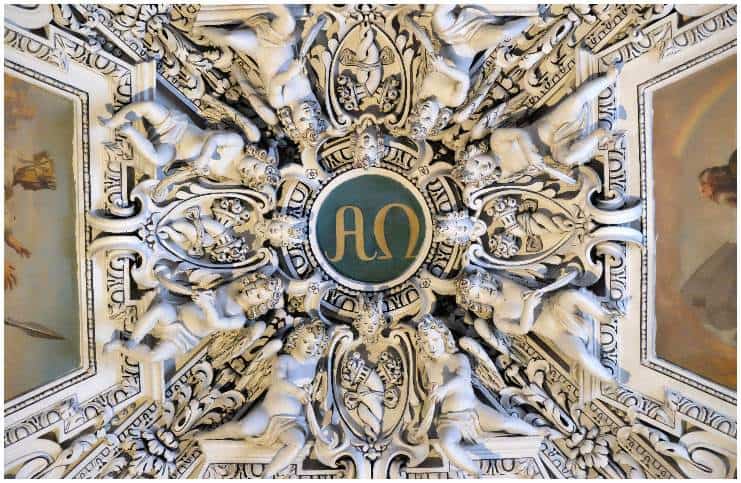 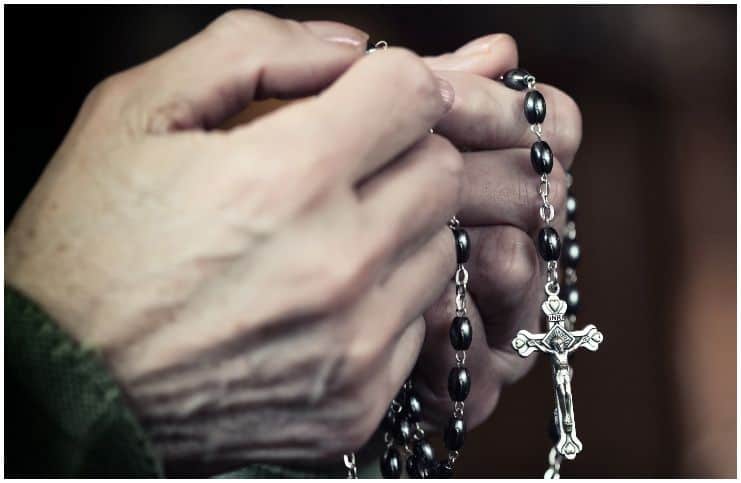 A crucifix is a cross with a depiction of Jesus on it. To Catholics, the crucifix is a symbol that signifies the focal point of their beliefs – that Jesus died on the cross to redeem humanity. 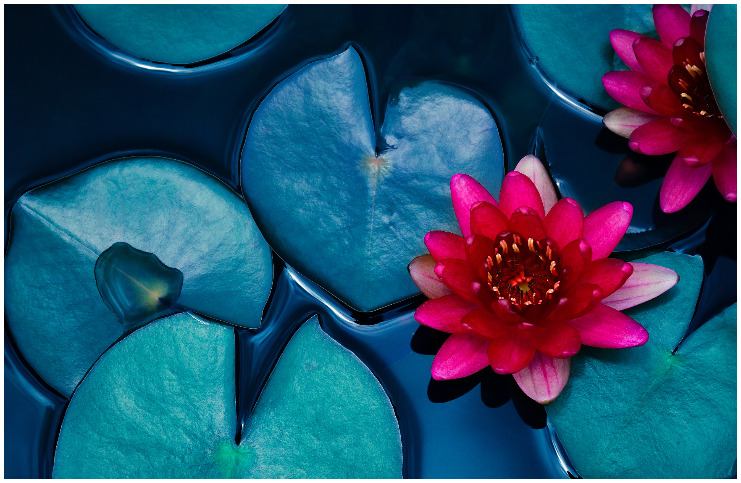 The lotus is the foremost symbol of fertility, prosperity, and beauty. 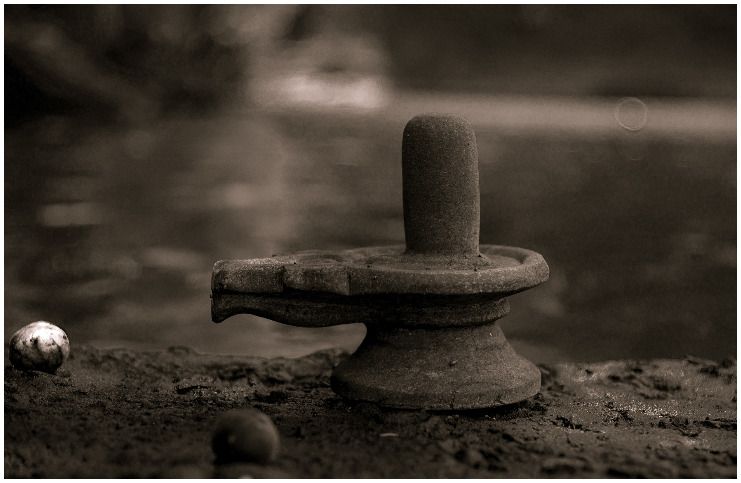 The Shiva Linga is a symbol that represents Lord Shiva in Hinduism.

In Sanskrit, Linga means a “mark” or a ”symbol.” 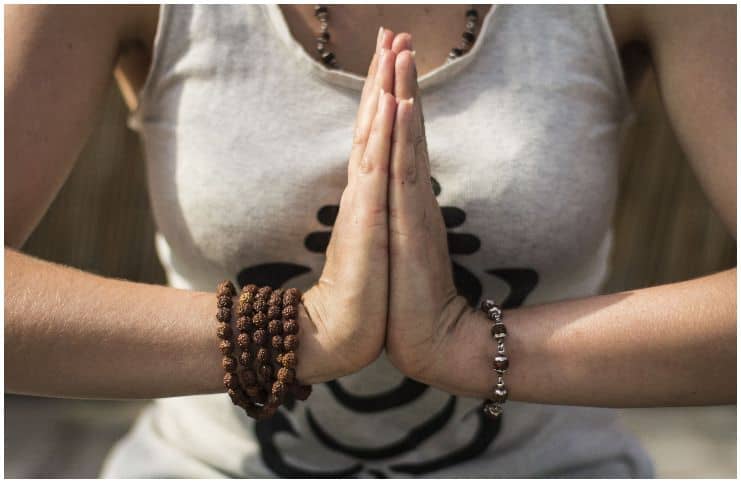 Rudraksha is a seed that is used as a prayer bead in Hinduism. Necklaces made of Rudraksha beads are considered auspicious. 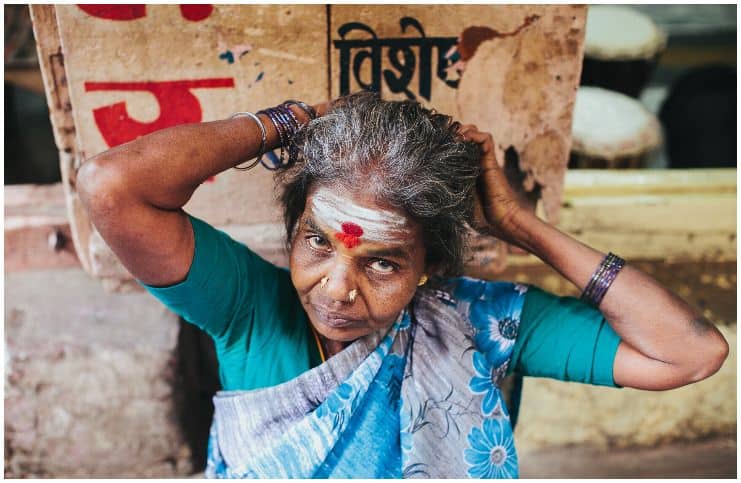 The Tilaka Symbol is an auspicious mark worn usually on the forehead, between the eyebrows. The marks are made with a metal stamp or by hand. 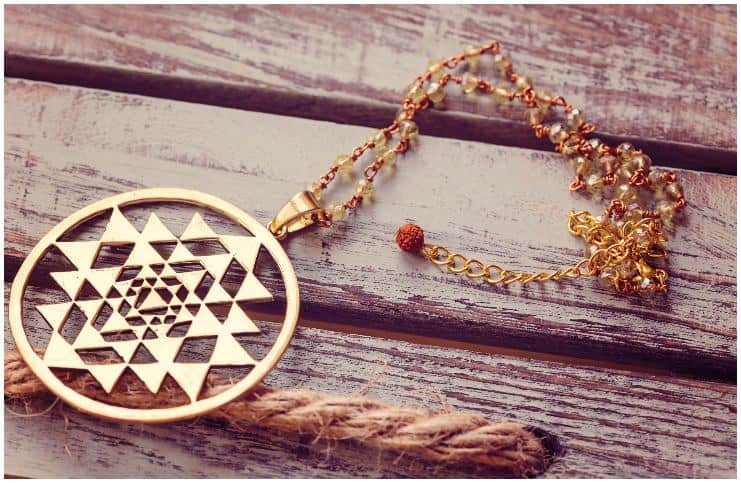 The Sri Yantra is considered the visual equivalent of Sri Vidya, a mantra of 15 syllables. The outside square represents mundane emotions such as worldly desires, fear, and anger, while the outer square represents the earth element. 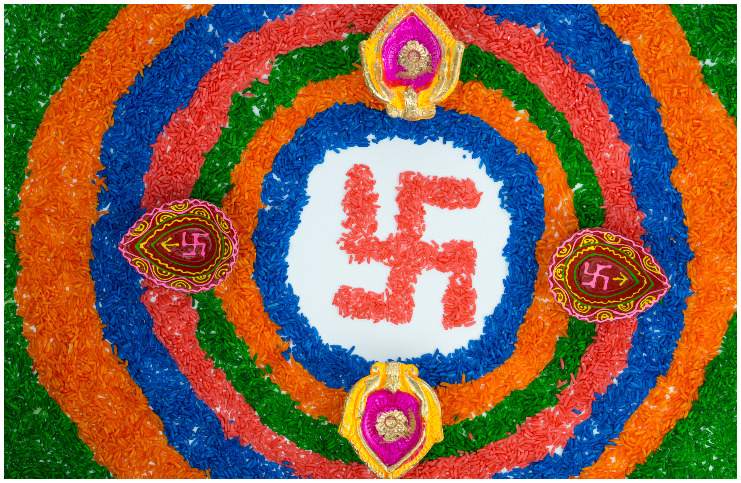 The swastika is a cross with four arms of equal length, with the ends of each arm bent at a right angle. In the ancient Indian language of Sanskrit, swastika means “well-being.” It is also seen as a power symbol and is also the emblem of Ganesha, the elephant-headed Hindu god of beginnings. 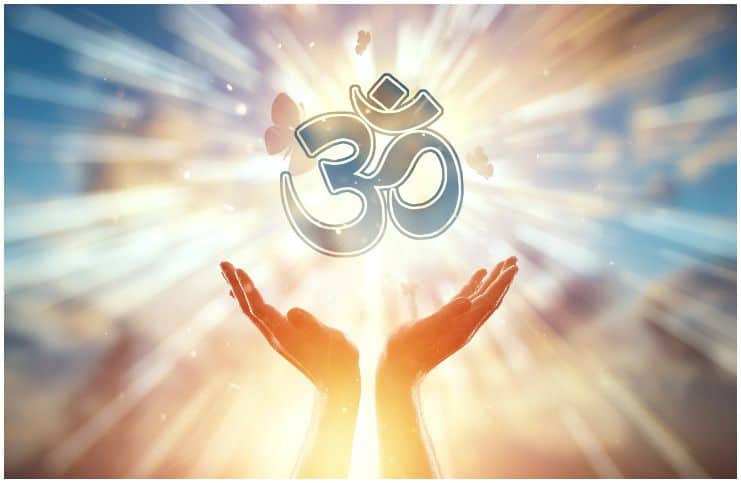 Hindus consider Aum to be the universal name of the Lord and that it surrounds all of creation. 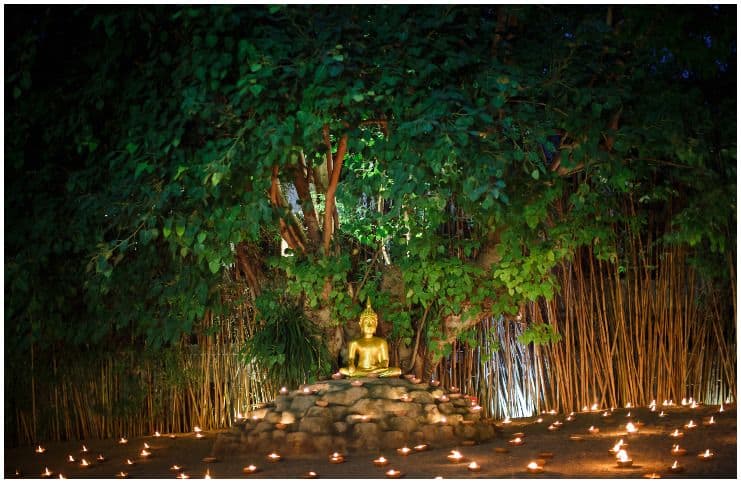 The Bodhi tree is the tree under which Gautama Buddha found enlightenment. 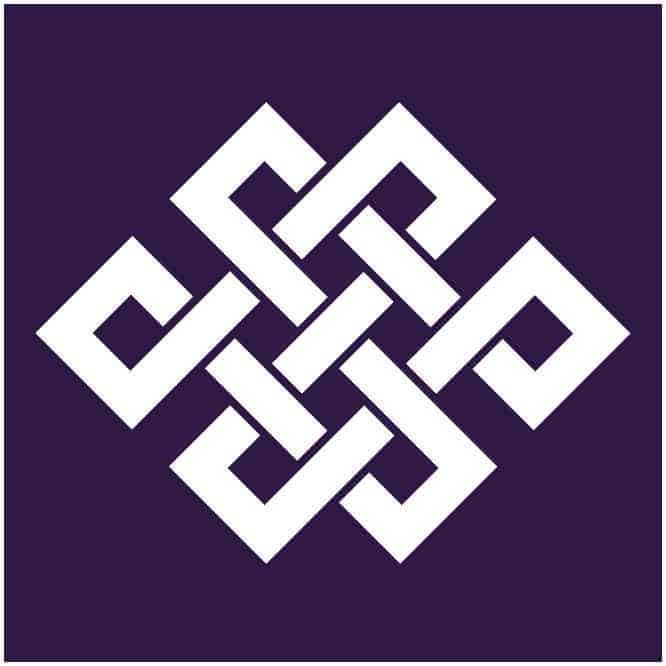 The eternal knot evokes the cyclic nature of rebirth. 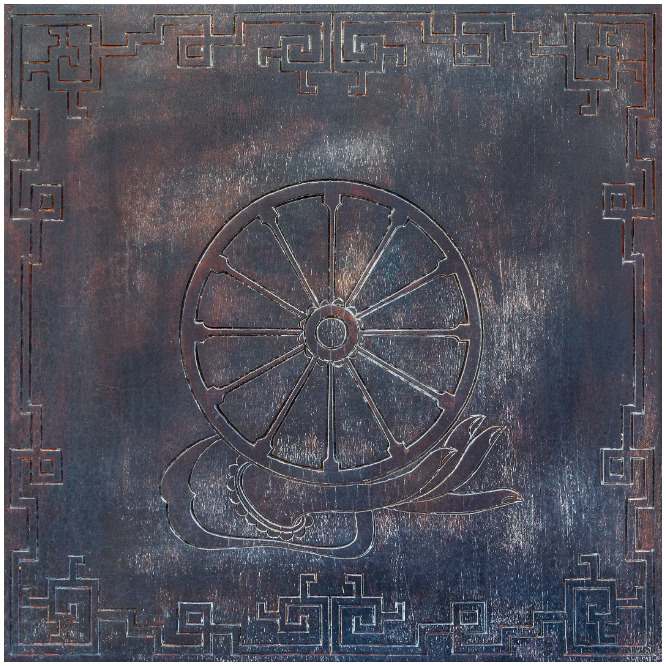 It represents the teachings of Buddha.

The Buddhist treasure vase is a symbol of prosperity and wealth.

The Banner of Victory

It was adopted by early Buddhists to celebrate the enlightenment of Gautama Buddha.

It is associated with truthful speech and strength. 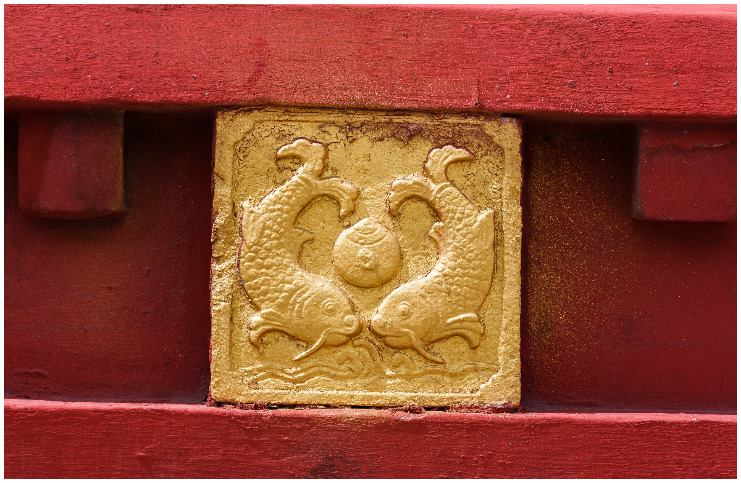 It represents happiness and good fortune. 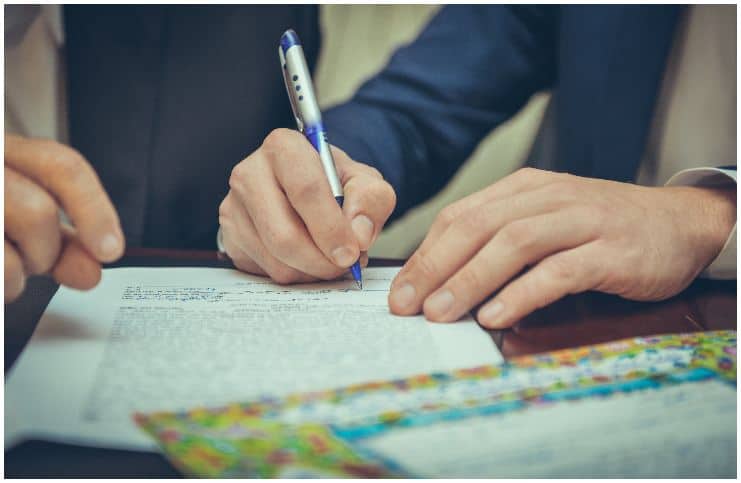 A Ketubah is a formal contract in a Jewish religious marriage. 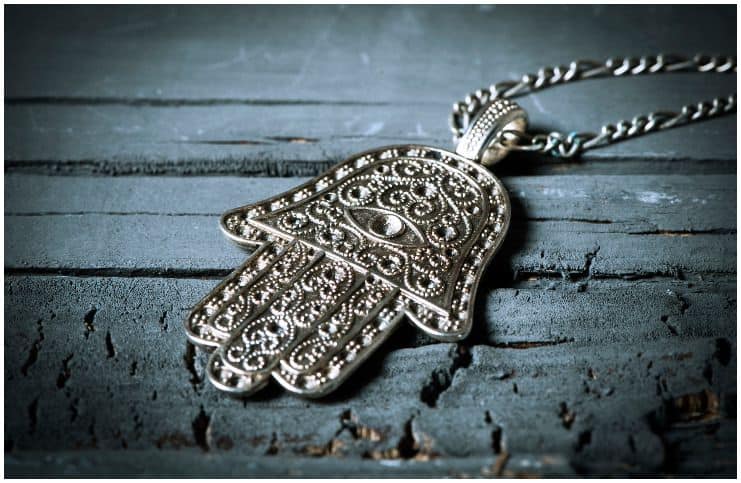 The hamsa symbolizes the “hand of God.” 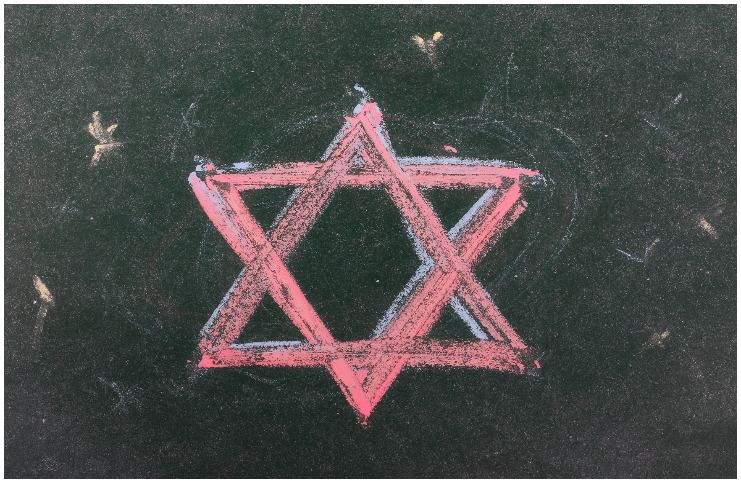 It is composed of two overlaid equilateral triangles, one pointing up and the other pointing down. The Star of David appears on the flag of the State of Israel, Jewish tombstones, and synagogues. 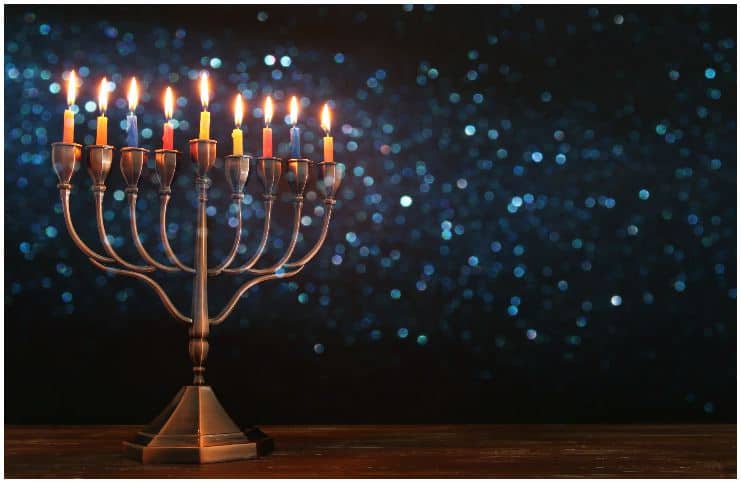 The word “menorah” is Hebrew for “lamp.” It represents the 7 days of creation.

It is used to facilitate the recitation of the Quran.

The Star and Cresent 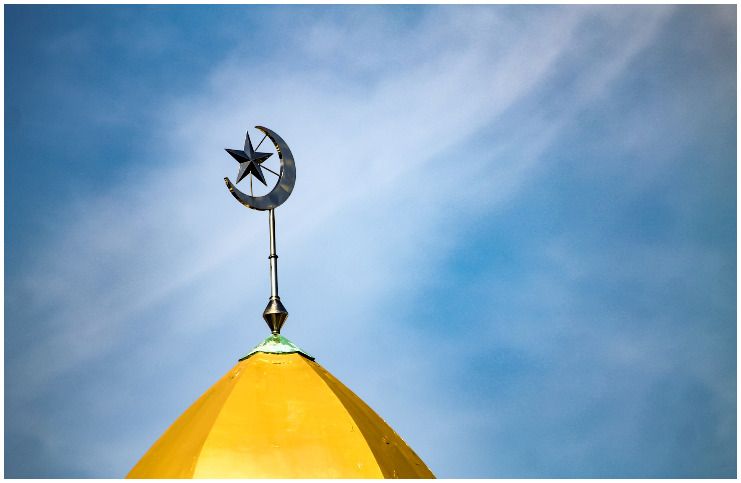 The Star and Cresent is a symbol of the Islamic faith; however, some Muslims consider it un-Islamic and even blasphemous.

READ THIS NEXT: 21 Alchemy Symbols

Thank for indispensable stuffs I obtained. I learned and opened my eyes precious asset.