The Celts were a group of peoples loosely tied by similar religions, languages, and cultural expressions.

Over the 500 or so years leading up to the first Roman invasion, a Celtic culture established itself throughout the British Isles.

Their legacy remains most prominent in Great Britain and Ireland, where traces of their culture and language are still prominent today. 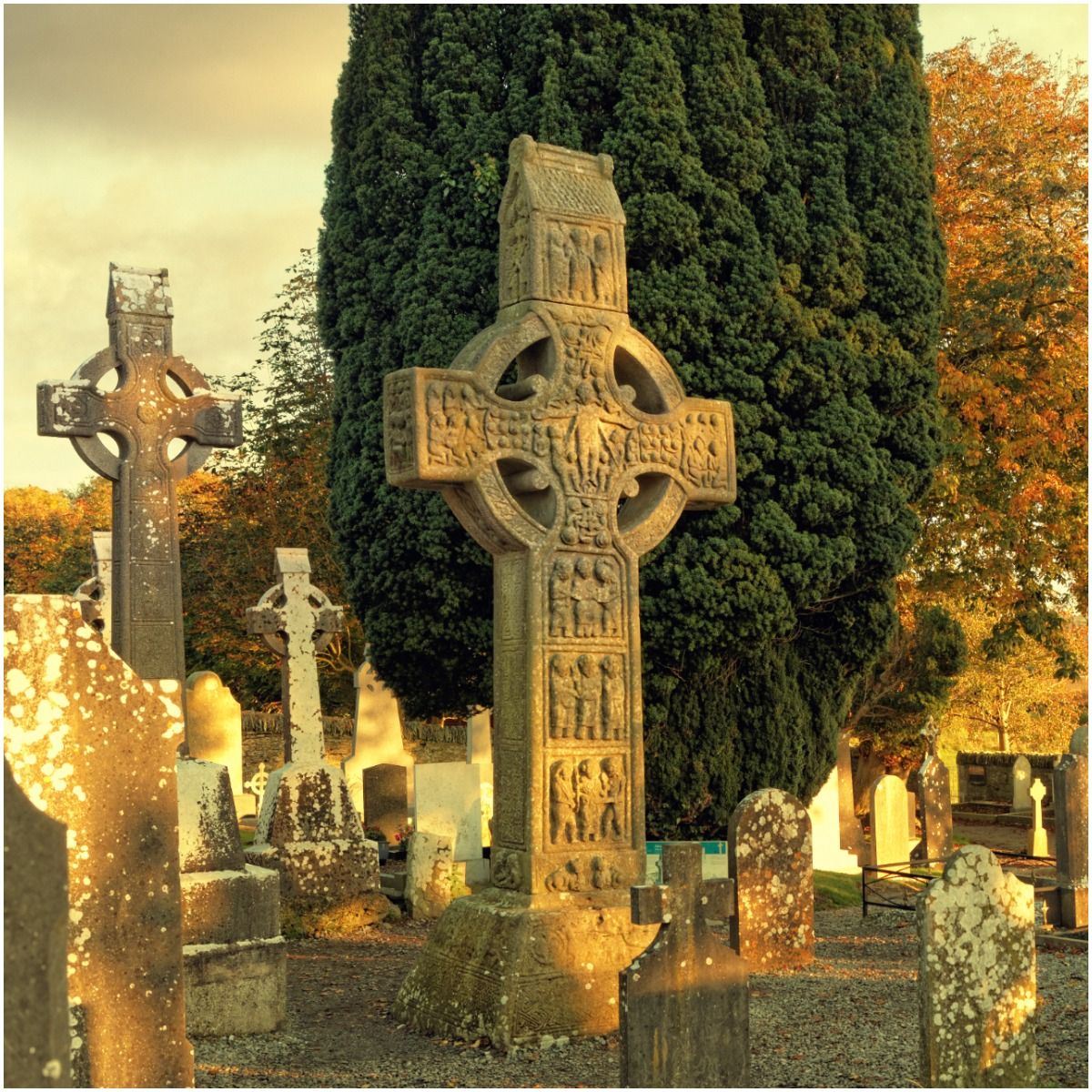 It is a form of Christian cross featuring a ring or nimbus which emerged in Britain and Ireland in the Early Middle Ages. It is thought that St. Patrick (a 5th-century Romano-British Christian missionary and bishop in Ireland) introduced the Celtic Cross in Ireland, during his conversion of the kings from paganism to Christianity.

The 4 arms of the Celtic Cross are thought to symbolize the four elements of Fire, Air, Earth, and Water, the 4 directions of compassion, and as a representation of the soul, mind, heart, and body.

In the present day, the Celtic Cross is typically used on gravestones and in funerary monuments, however, it has also become a symbol of national pride.

The shamrock is a small plant made up of three heart-shaped leaves. It is the national flower of Ireland.

The word ”shamrock” is derived from the Irish ”shamróg” that in turn comes from ”seamair óg” and this translates into English as “young clover.”

St. Patrick used the shamrock to demonstrate his passion for the Christian faith to the people. In Celtic folklore, the shamrock is said to bring the bearer good luck and was a charm against evil.

Note – the rare 4-leaved shamrock (“four-leafed clover”) is thought to be a sign of great good luck to the individual who finds one.

It is a sculpture or other representation of a face made from or surrounded by leaves. The Green Man is most frequently associated with the society of the Celts, sequestered especially in today’s France and Britain, due to the high number of images found in these regions.

The most common interpretations of the Green Man are:

Awen has the same root as the Welsh word ”awel” meaning ”breeze.” The three lines relate to:

Some scholars believe that the outside lines are symbolic of both woman and man while the inside line signifies balance.

It consists of a woven straw square in the center with 4 radials tied at the ends. Brigid’s cross is associated with Brigid of Kildare, one of Ireland’s patron saints, along with Columba and Patrick. Saint Brigid’s cross represents goodwill, peace, and friendship.

READ MORE: What Is An Empath? 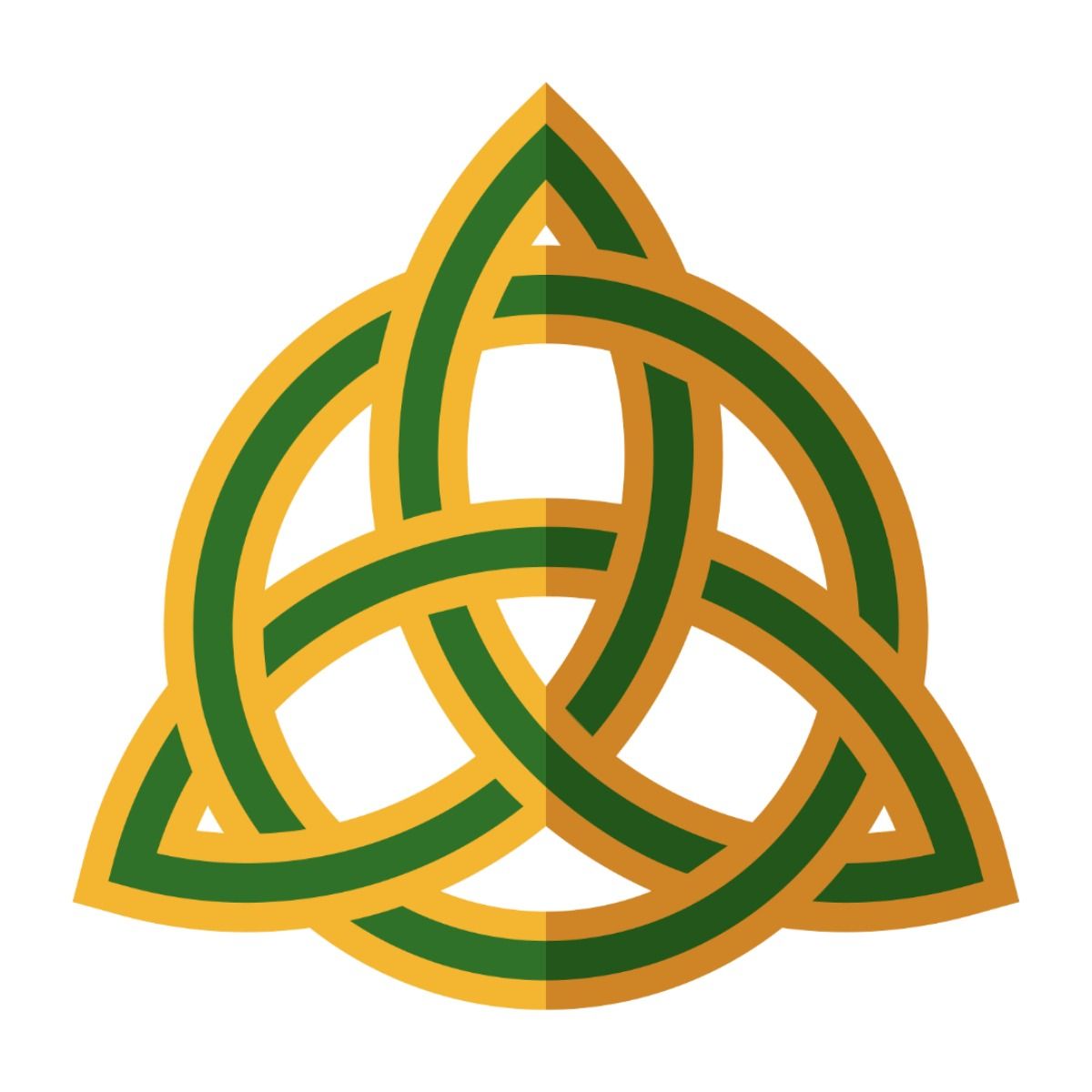 The triquetra is considered one of the oldest symbols, dating back to as early as 500 BC when it was used to represent the triple goddess.

It is made in a continuous line interweaving around itself representing eternal spiritual life, with no beginning and no end. In addition, the triquetra can symbolize concepts such as: 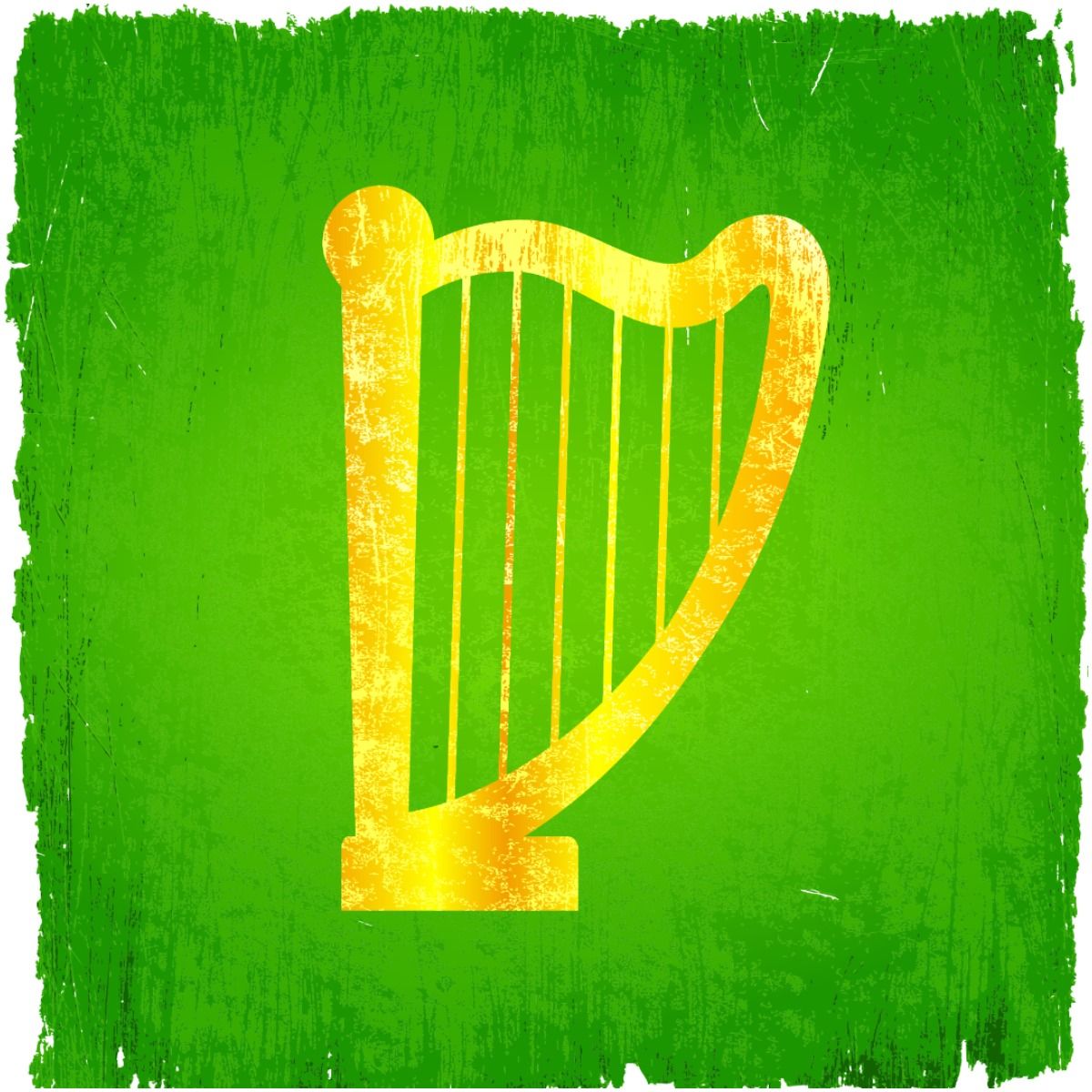 The harp is most commonly regarded as the instrument of angelic choirs and the sound it produces is memorable and haunting. It is known as telenn in Breton, telyn in Welsh, clàrsach in Scottish Gaelic, and cláirseach in Irish.

The harper, along with the reacaire (reciter) and the file (poet), was the epitome of Gaelic aristocratic culture. The Celtic harp stands for the immortality of the soul. In many traditions, harps symbolize the connection between earth and heaven.

The Claddagh ring is a traditional Irish ring that symbolizes loyalty, love, and friendship. More exactly:

The first Claddagh Ring was made in Galway over 400 years ago in a small village called Claddagh. The ring can be worn on different fingers or hands, depending on status. For instance:

Without a beginning or an end, the Quaternary knot demonstrates cyclical paths and the link between eternity and all that is natural.

Other meanings for a Quarternary knot are: 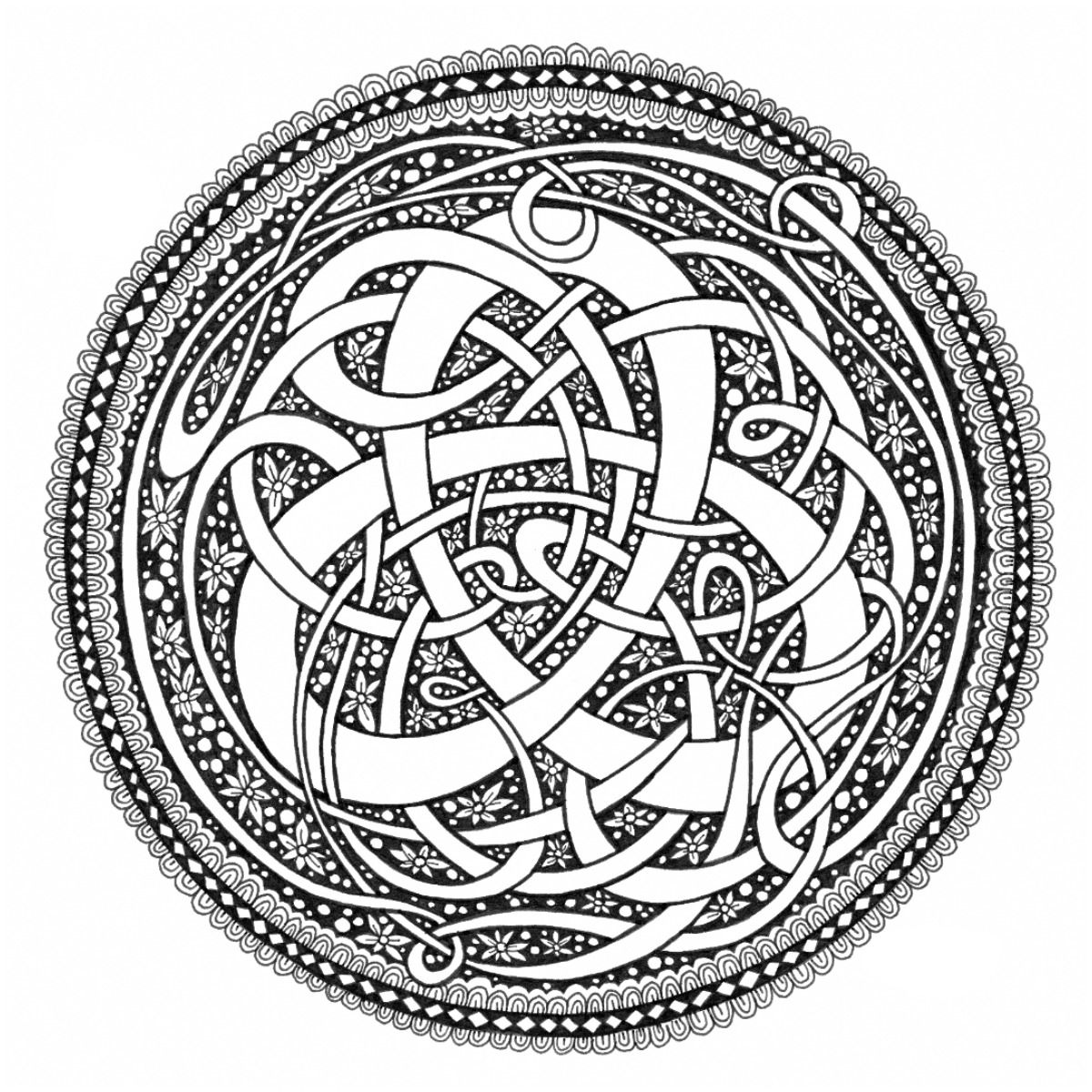 A triskelion or triskele is a motif consisting of a triple spiral exhibiting rotational symmetry. The Greek term ”triskelion” literally means “three-legged.” Earliest examples of the triskelion come from Malta.

In Celtic Christianity, the triskele took on new meaning, as a symbol of the Trinity (Father, Son, and Holy Spirit). Hence, it is a symbol of eternity. Additionally, the symbol is thought to symbolize the three worlds: 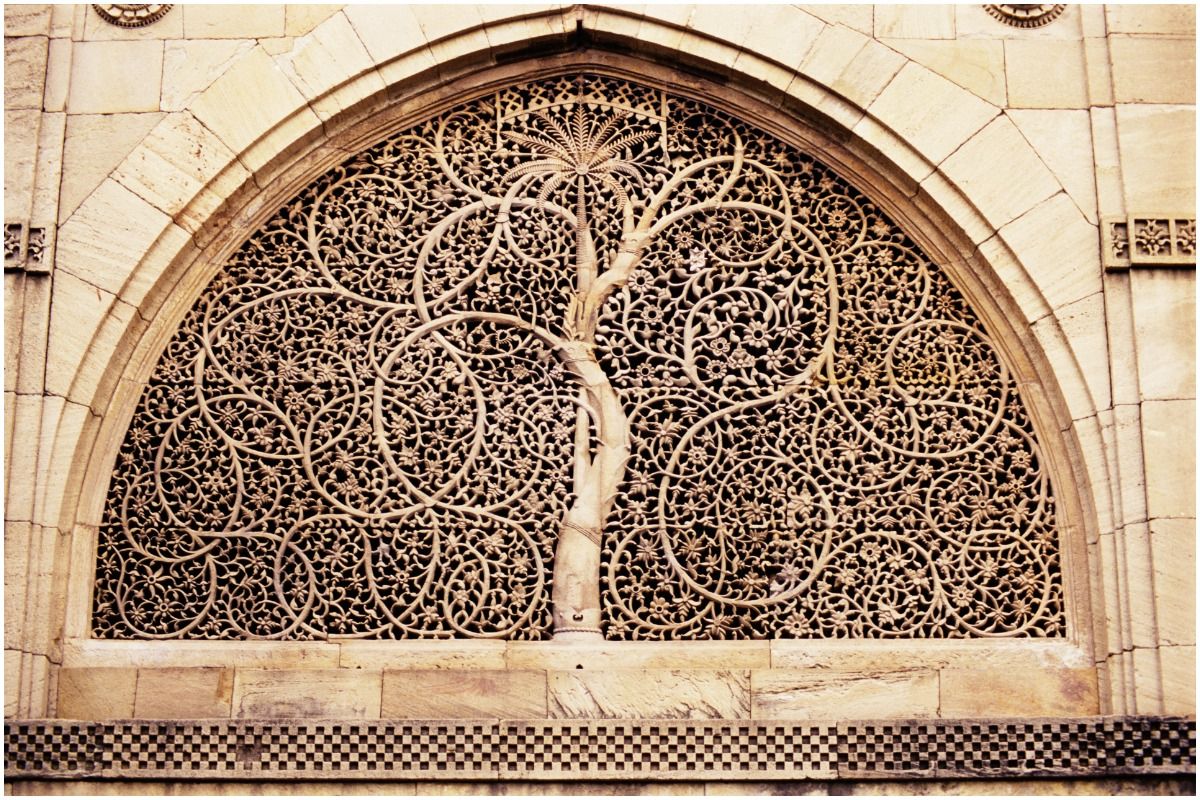 The Celts venerated trees and their Druids had ritual centers within oak groves. The most sacred tree of all was the Oak tree, which symbolized the axis mundi, the center of the world.

Moreover, the Celtic Tree of Life represents balance and harmony. For the Celts, trees were living connections to the spirits, gods,  and ancestors.

READ THIS NEXT: 10 Yoga Symbols And Their Meaning