What does the blood moon mean spiritually?

It is well-known that the moon has a direct impact on what occurs here on Earth.

The moon brings light in the dark, moves the tides and water, and goes through phases in an endless cycle.

The moon is intensely connected to spirituality in all of its phases, particularly that of the full moon.

The moon can impact your emotions, behavior, and goals on a regular night.

What happens when the moon goes through an additional change?

That is where the Blood Moon comes in: a well-known but misunderstood phenomenon that impacts spirituality and relationships.

If you have ever wondered what a blood moon symbolizes and how it impacts you, this article is for you!

What is a Blood Moon? 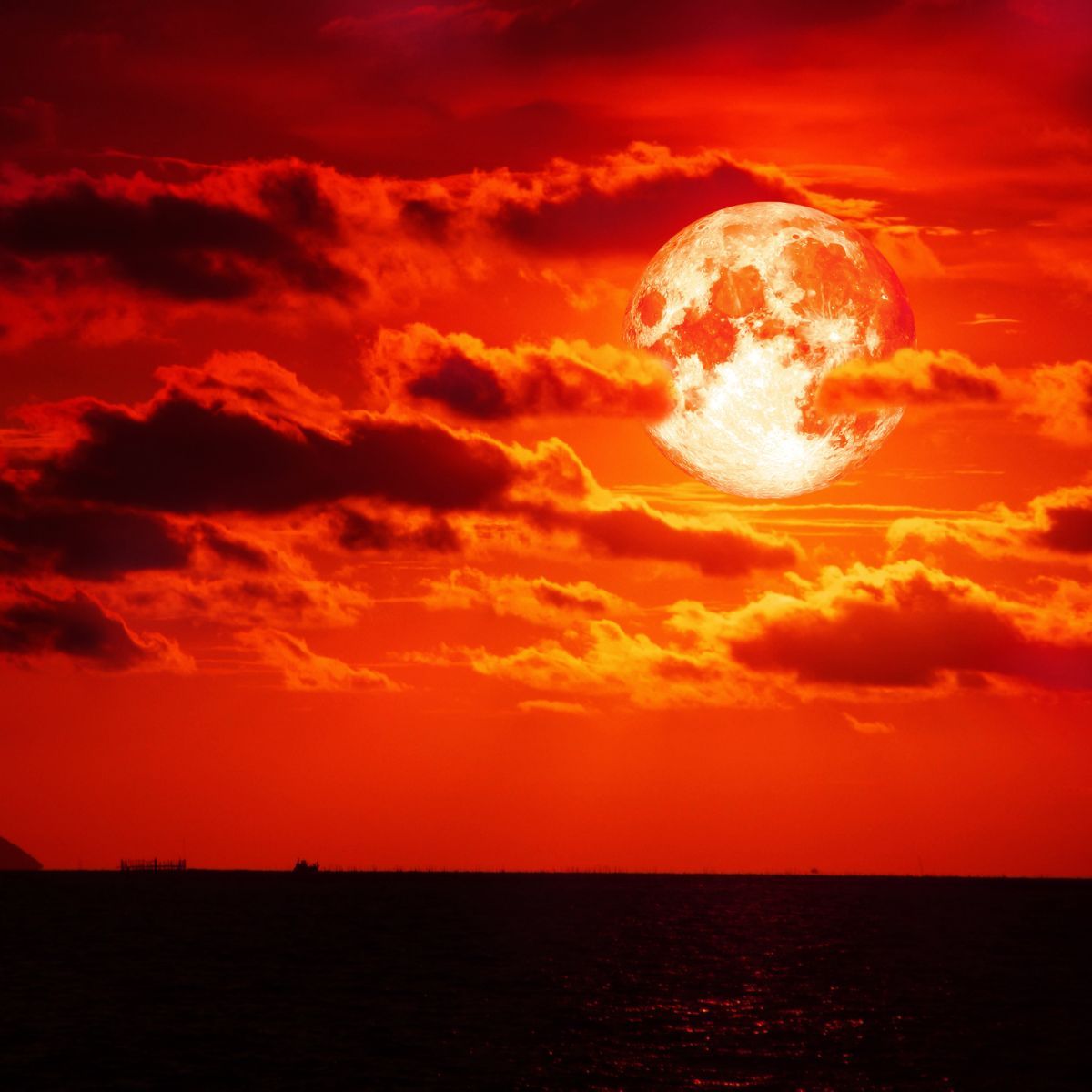 To begin, we must understand what a blood moon actually is.

Contrary to some myths and popular culture, it does not symbolize anything harmful or scary.

While some people may be influenced to act in such a way, the blood moon is a completely natural process.

It is a lunar phenomenon that has occurred for thousands of years!

A blood moon occurs when our moon is in a total lunar eclipse, which is amazing!

A total lunar eclipse means that the Earth has moved fully between the sun and the full moon.

The sun’s light is blocked from reflecting off the moon, giving us the striking red color that has been known for hundreds of years as the blood moon.

The blood moon is also unique because it does not last for the entire night.

A total lunar eclipse can last for nearly 2 hours, but not much longer.

As the Earth, Sun, and Moon continue to move, the sun’s rays once again hit the moon, and the blood moon slowly vanishes.

Blood moons only occur about twice a year, each time for less than 2 hours.

That makes the blood moon rare, which only increases the mystery and intrigue surrounding it.

We have covered why exactly a blood moon occurs and laid out the scientific reason for its color, appearance, and length of time that it remains.

Remember that just because it occurs naturally, that doesn’t mean it has no intense spiritual connection!

Now, let’s dive into understanding the spiritual meaning of the blood moon.

READ MORE: Is breaking up because of religious reasons for the best?

What does the blood moon mean spiritually 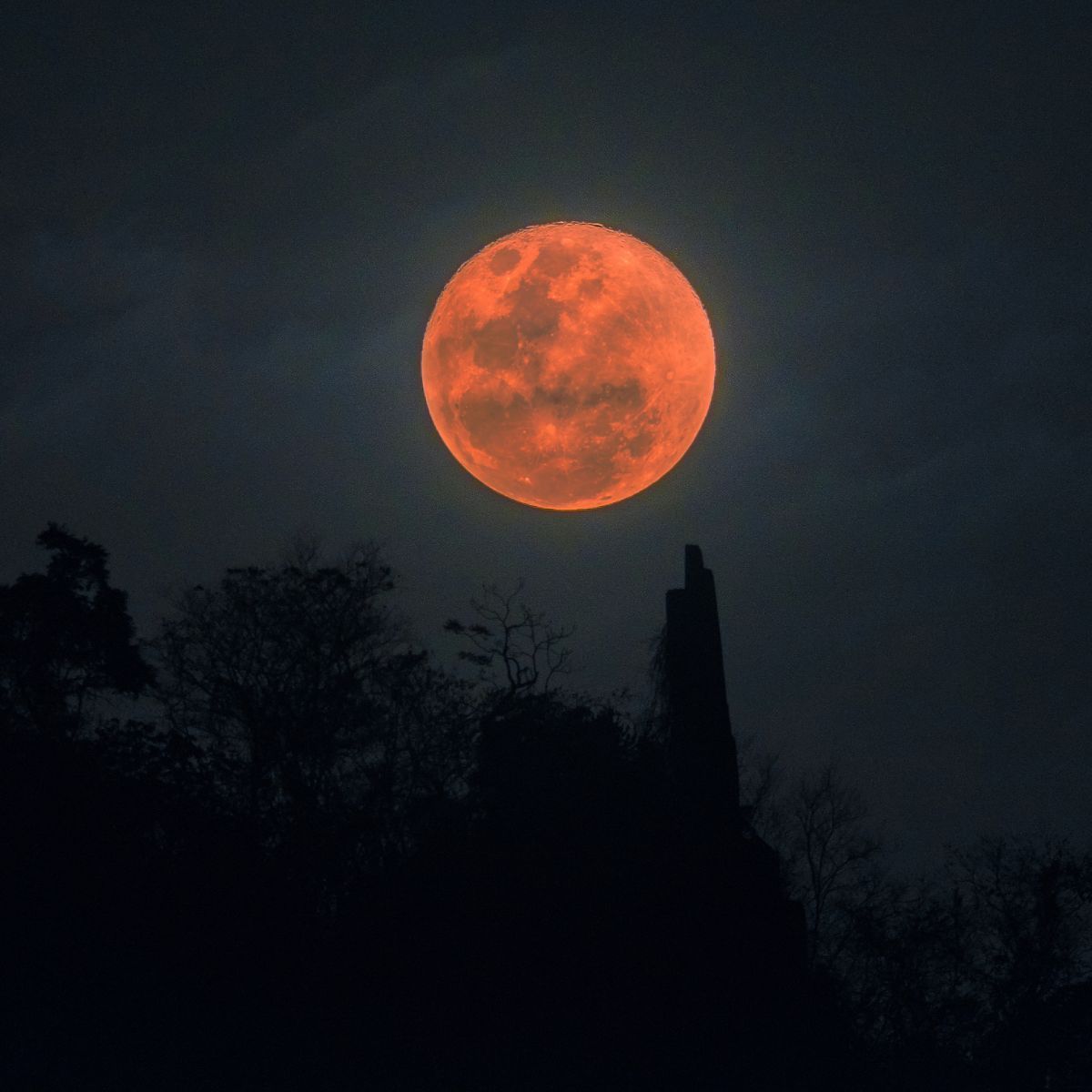 Since the blood moon is connected to a lunar eclipse, it naturally speaks to new beginnings, definite endings, and intense culminations.

A lunar eclipse is a great time to do something you are afraid of or come to an important decision, and a blood moon only heightens this effect. A lunar eclipse is less intense than a solar one, but it is still a symbol of manifesting your new goals.

Eclipses can be highly emotional and bittersweet.

They represent something coming to an end, but also a new beginning coming from that very closure.

Cosmic energy and forces are incredibly powerful during the blood moon, so spirituality and the potential for spiritual connection are at an all-time high.

The fleeting nature of the blood moon is also symbolic of taking chances and pursuing what you want before it slips away.

Those who conduct rituals and ceremonies during the blood moon highly value the slight window that the blood moon has, as it increases the importance of the rituals that require it.

Of course, it must be mentioned that there is some worry and caution associated with the blood moon due to its mention in the Bible and the Christian religion.

The Book of Revelations, the last book in the Bible, mentions the end times and a “whole moon turned blood red.”

This belief is referred to as The Blood Moon Prophecies and is popularized by some preachers based in the United States.

How Does a Blood Moon Impact My Life? 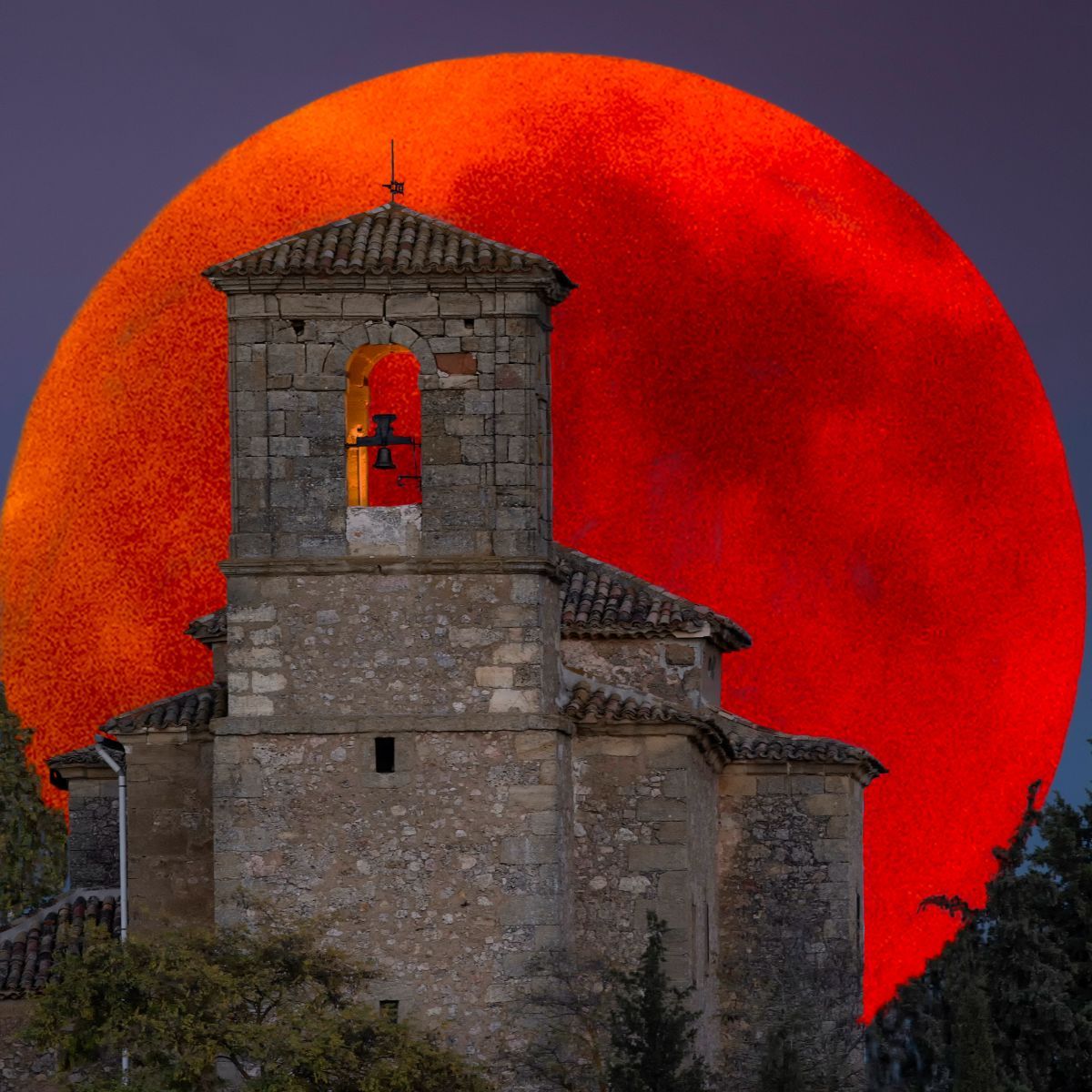 The spiritual meaning of the blood moon is important and powerful, so using it in your own life can have a great impact. As we’ve covered, eclipses symbolize ends, beginnings, and a general wiping of the slate.

The blood moon represents the pursuit of a fleeing want, as well as taking advantage of the time you are given.

During a blood moon, the ability to manifest and visualize your path is heightened.

When connected spiritually to the blood moon, you should take the time it is visible to think about your own goals and how you can accomplish them.

The sense of transformation is strong with the blood moon, so perhaps a path that was not clear before will open up and let you see a whole new way to live!

Depending on the time of year, the astrological alignment of the planets will change.

This astrological alignment heightens emotions and the pursuit of fun and connection.

Therefore, if you are a follower of astrology it will be good to research your Zodiac sign and how it will interact with the moon in various positions.

Since the blood moon heightens these traits, you do not want to get caught unaware.

Outline your intentions and what you wish to reflect on and learn more about during the blood moon.

Meditation during this time can provide clarity and enhance your spiritual connection with not only the blood moon, but all of the cosmos.

If you are inexperienced with attempting to feel the impacts of the moon (particularly the blood moon) don’t be afraid to reach out for help or do research to prepare!

As you can tell, the blood moon is a great time of transformation and manifestation that only occurs twice a year!

Take advantage and use your knowledge of the spiritual meaning of the blood moon to impact your own life for the better!

READ THIS NEXT: Spiritual Meaning of Dreadlocks