Balloons are everywhere! Birthday parties, hospital rooms, and everything in between.

Historically, balloons have been around for about 200 years and have developed a rich and storied meaning and symbolism.

If you are wondering about the spiritual meaning of balloons, welcome!

We’ll be covering what balloons represent, their spiritual meaning, and how you can embrace it.

The first question to ask is a good one: why balloons?

To some, they may not seem very spiritual.

Seeing them at a children’s birthday party or having to pick up the remains of a water balloon fight may not seem very spiritual.

In actuality, balloons can represent so many different things!

Balloons stand out as a spiritual symbol because they are widely available and can be used by anyone.

Even with the huge variety of ways to use balloons, they still invoke a general feeling and emotion within someone. Balloons can be happy and carefree as well as bittersweet and nostalgic. What a spectrum!

The simple answer to the question of why balloons are spiritual is that they are both symbols of connection and of letting go. If you’re curious or confused about what balloons exactly represent, let’s dive into some explanations. 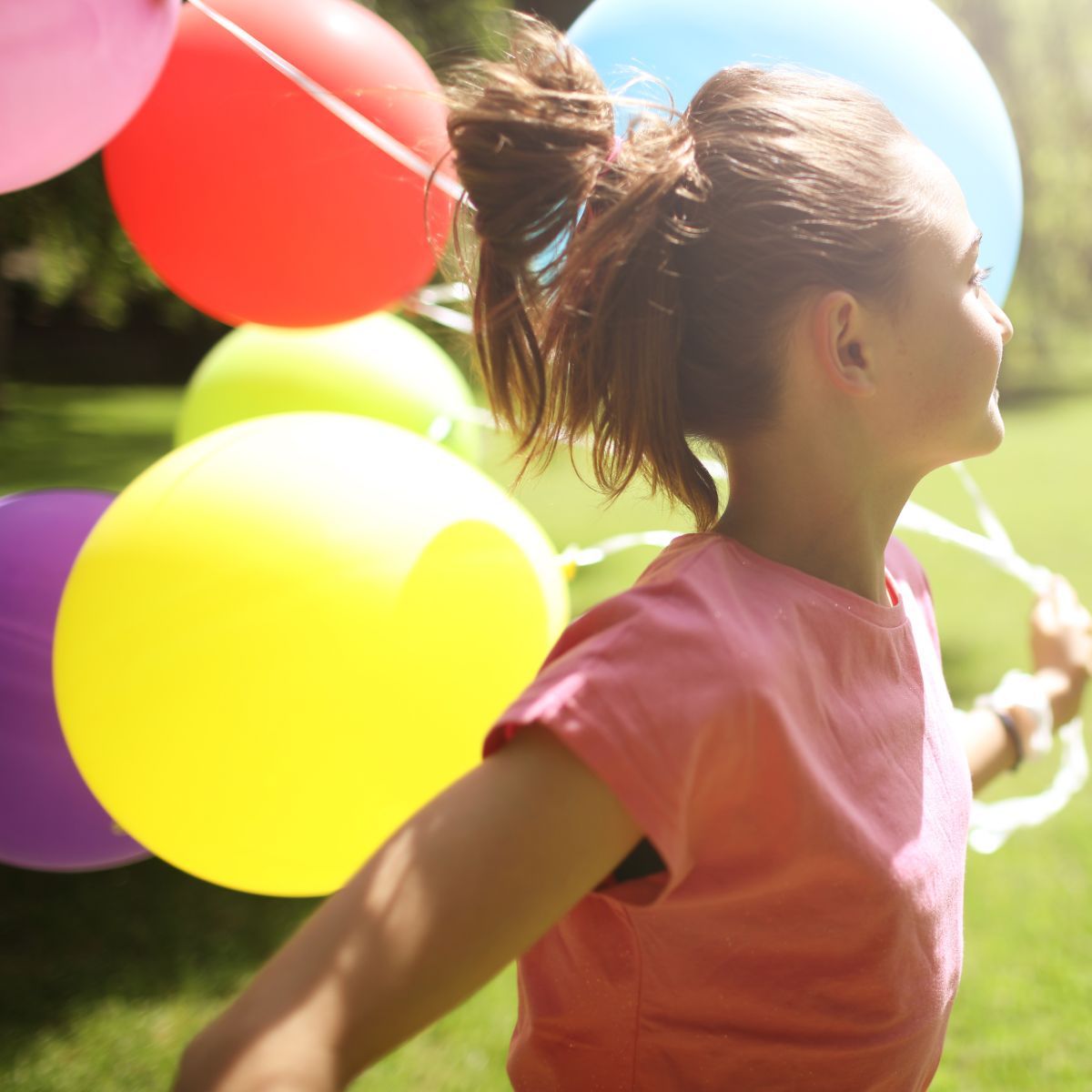 It is important to recognize that balloons may represent different things for different people. However, there are certainly some common themes that play into their most recognized spiritual meanings.

Much like birds, balloons are symbols of soaring high and being independent! When filled with helium, they must be tied down, or they will simply float away.

This flighty and inevitable nature means that balloons are often seen as symbols of freedom and independence.

Free as a bird is undoubtedly a saying, but free as a balloon is one that could catch on!

The freedom that balloons represent does not just have to be about independence and self-reliance.

Think about releasing a balloon into the sky as finally setting down a heavy burden and being free to move forward.

Like holding down the string of a balloon to keep it from flying away, we often hold on to stress that weighs us down. Release that stress, and you will understand why balloons represent freedom.

In connection to finally releasing the stress that keeps you from being free, balloons represent letting go of your sorrow and burdens.

You’ve most likely seen what happens when a child or someone coming home from a fair accidentally lets go of their balloon – it flies away instantly, soaring so high it eventually disappears.

Balloons often represent our fears, concerns, and burdens. By holding the string of the balloon or tying it to your wrist, you chain your worries and fears directly to you.

There is a common ceremony wherein people write their secrets, worries, or fears on a piece of paper and place that paper inside the balloon. The balloons are filled with helium and released, and you get to watch and feel those burdens flying away from you.

Connection to the heavens 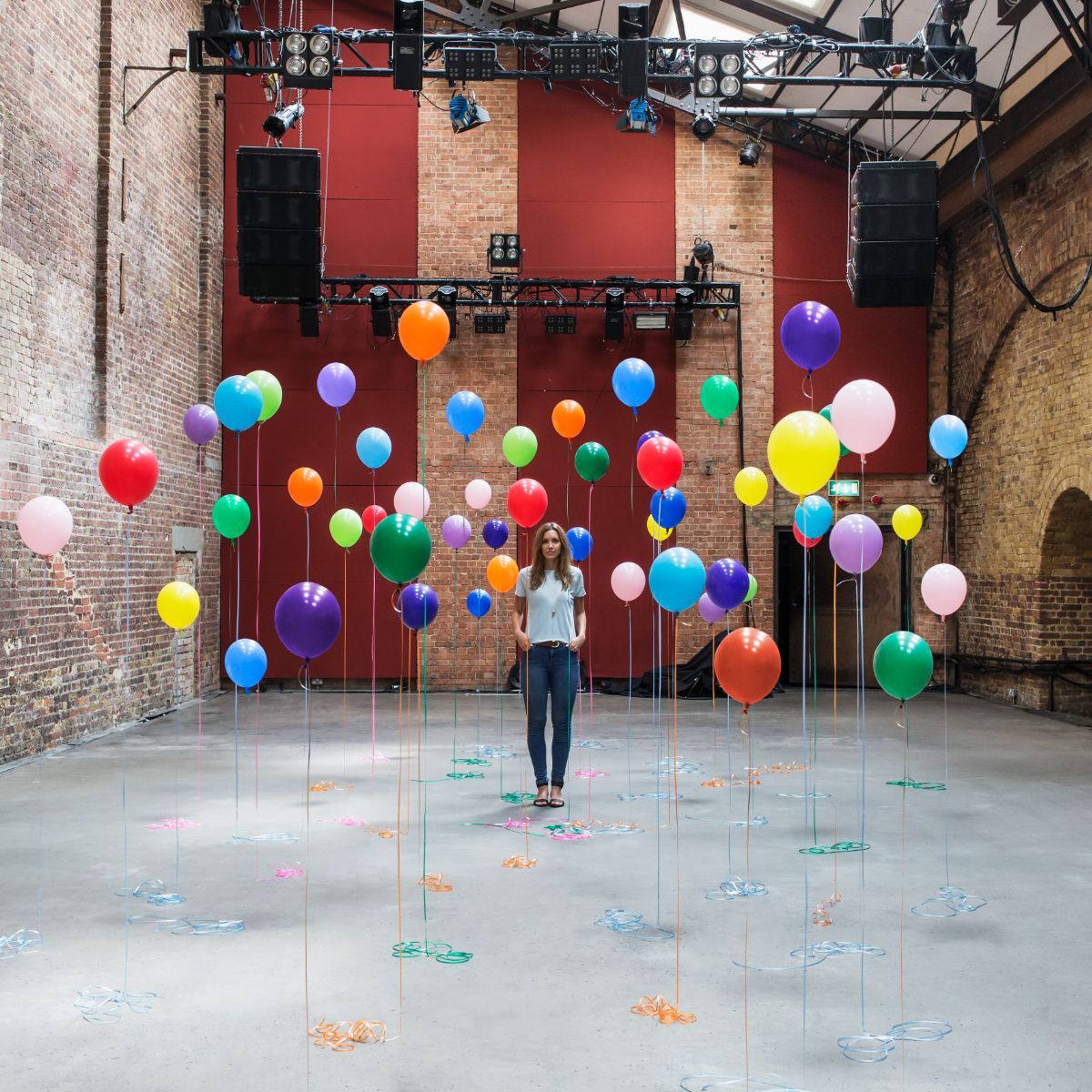 Another thing that balloons symbolize is a connection to the heavens and the afterlife. Letting go of a balloon and watching it soar upwards can be a profoundly healing experience for people who have lost someone or something they care about.

Balloons are often sent to celebrate a release from the hospital and also to give condolences for a longer stay.

The potential that balloons have to fly up to the sky as soon as they are released represents the potential people have to heal and get better. If they are not able to heal, at least they can be released from pain and suffering.

Releasing balloons often feels satisfying or bittersweet depending on the occasion, but watching many of them fly off into the sky is doubtlessly a memorable time for anyone who sees them.

Because of all that balloons can represent, they have the possibility to be used for any ceremony or occasion.

There is also symbolism attached to seeing balloons in your dreams, whether you are the one holding it or somebody else it. As we have covered, balloons represent freedom, letting go of burdens, and a connection to the heavens.

But do they still have these meanings when they appear in your dreams?

If you dream about holding a balloon, it most likely symbolizes a goal you are hoping to attain.

Perhaps it is a promotion, a relationship, or a dream you want to realize.

The balloon shows how you hold onto your goals and hope to attain them. If you have trouble holding onto the balloon, perhaps you are subconsciously worried about being able to attain your goals.

If you dream about somebody else holding a balloon, try to remember if they are a stranger or a person you know in your life.

To summarize, balloons are common in our lives and often overlooked.

They actually have a deep spiritual meaning and connection to the heavens, freedom, and releasing yourself of your burdens.

Be aware of balloons that cross your path, both randomly and expected.

This is also true for balloons from dreams, as they can often symbolize goals to be attained or actions that must be taken.

Keep in mind that you do not need to wait for balloons to show themselves to you! You can use them yourself to let go of your burdens or feel a deeper connection with someone.

READ THIS NEXT: Breaking Up With Someone You Love Because Of Religion