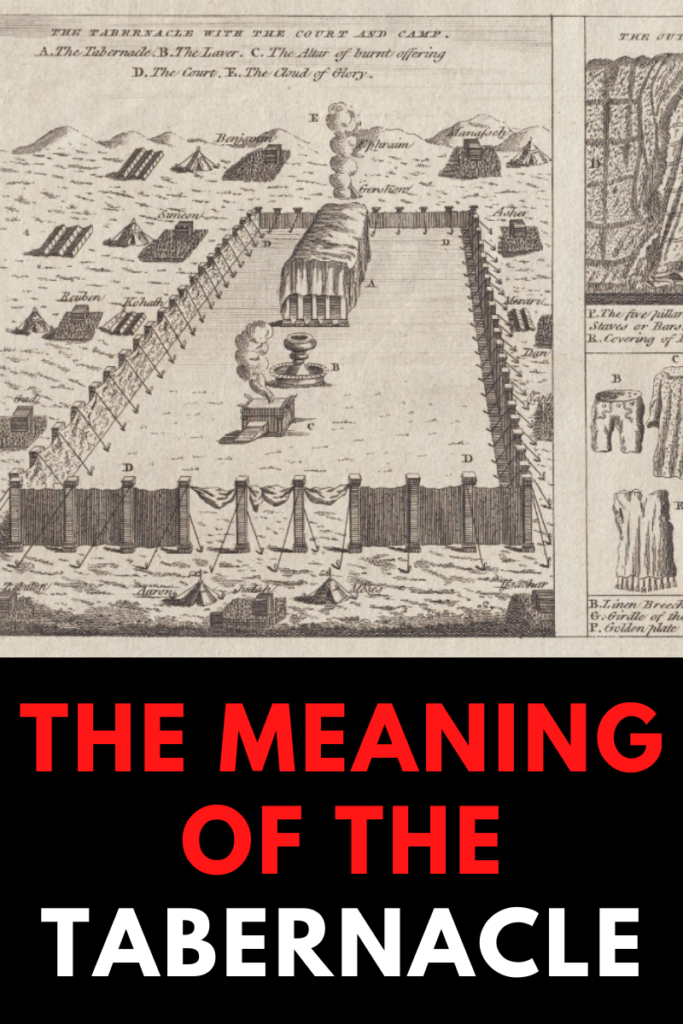 If you have been in church or visited a church in the past, you may have heard reference to the “tabernacle.”

Depending on your affiliation or religion, the tabernacle may refer to an enclosed box with a container of communion wine, or it can refer to a giant structure that the Hebrews constructed to worship God.

What is the tabernacle, and how does it connect to the physical tabernacle found in the Old Testament of the Bible? Let’s take a closer look!

What was the Old Testament Tabernacle?

The tabernacle was a portable temple where those outside of God’s family, His Chosen People Israel, could come to the true and living God and ask for forgiveness.

Because all of humanity is fallen because of Adam’s sin (Romans 3:23; Romans 5:12), we cannot approach a holy God without being cleansed.

The “tent of meeting” was a specific place where God dwelt with His people Israel.

Because it was erected (Exodus 33:7) on an appointed site by Moses, the deliverer of His people from Egyptian captivity (Exodus 40:34; Exodus 33:7).

It also was called “the tabernacle of the congregation” because it was a place where the Lord met with His people.

But Wasn’t There a Temple? 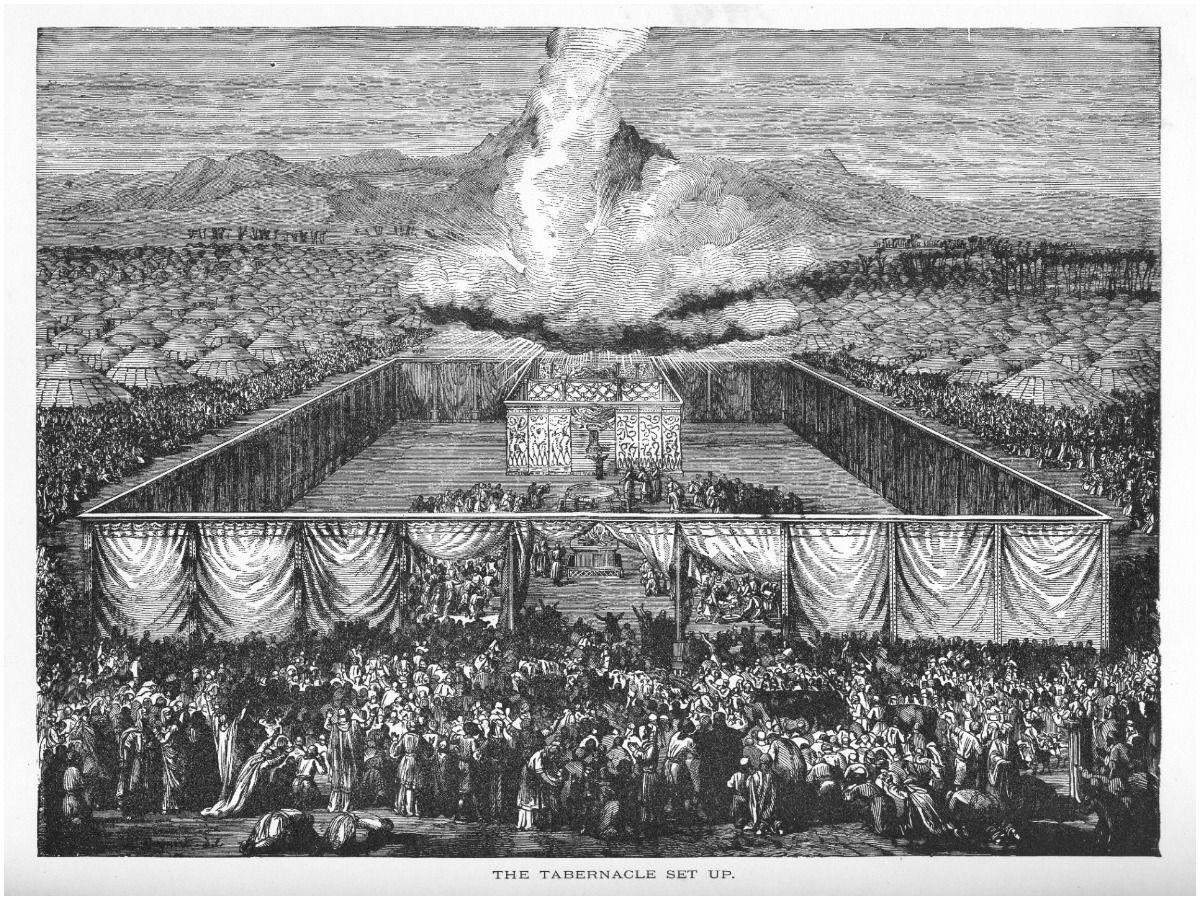 Later this tent was replaced with a stone temple built by Solomon and then rebuilt even more magnificently by Zerubbabel after the Jews returned from Babylonian captivity.

However, God never meant for artificial temples to substitute His Presence in these unique structures (2 Samuel 7:6; 1 Kings 8:13).

How was the Tabernacle Constructed?

The tabernacle and later the Temple had an outer courtyard with an altar and other rooms.

What was going on there?

The outer courtyard is where the priests washed their hands and feet (in preparation for service in the Holy Place) and offered sacrifices before entering the sanctuary.

The altar of sacrifice was for animal sacrifices only; it could not cleanse sin but merely made a way for forgiveness, which Christ’s sacrifice on the cross would replace.

Other rooms were storerooms for holy garments and other equipment used in services and living quarters for the priests.

How much did all this stuff cost? Why does it seem that money was no object to the Lord?

The building of the tabernacle and all its furnishings and accessories were carried out by skilled craftsmen who were paid for their services (Exodus 35:30; Exodus 39:43-48).

But no amount of money can bring back a lost soul.

READ MORE: The Book Of Enoch

How could God dwell in a tent? How is this like Christ’s incarnation? 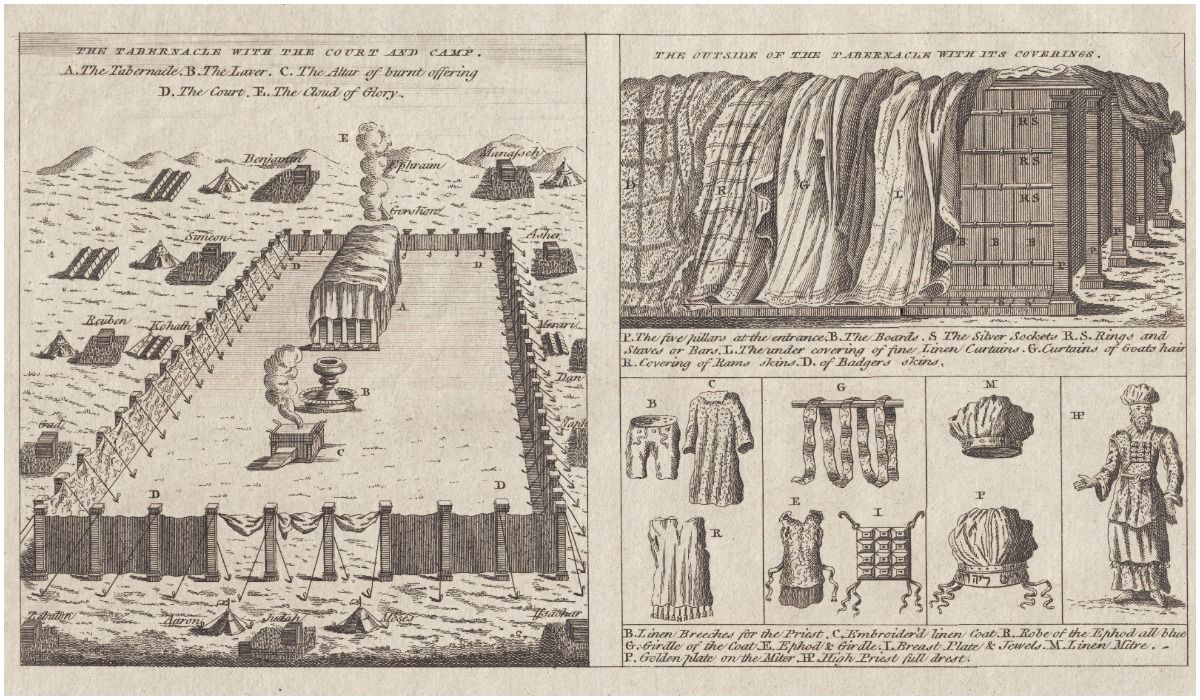 He came to dwell among us, but the price was high—He had to leave His throne in heaven and take on human nature, even though it meant being rejected and killed by His own creation (John 1:14).

However, Christ’s Incarnation is not comparable to the tabernacle in one respect: He was God Himself, not just a “tent.” Christ did it all for us when He died on the cross (1 John 4:9).

Why was the tent moved?

The tent was moved from time to time because it needed to be placed to receive the morning sun.

The Bible says that only the priests were allowed to enter certain rooms in the tabernacle, and they had to pass through various doors to show respect.

What Does the Tabernacle Mean for Us Today?

The Lord wants to dwell among us.

He loves us and wants fellowship with us.

We, too, are to live in love and have peace with one another, just like the priests of old (Leviticus 19:18).

When we do this, we can say that “our lives or a tent which is our earthly home” really belongs to God.

God calls us to leave the old ways of living in sin and come into His wonderful, loving presence.

We can tell Him, as David did in Psalm 27:4-5, “One thing I ask from the Lord, this only do I seek; that I may dwell in the house of the Lord all the days of my life, to gaze upon the beauty of the Lord and to seek Him in His temple.”

READ THIS NEXT: What Is The Spiritual Meaning of Dream Catchers?