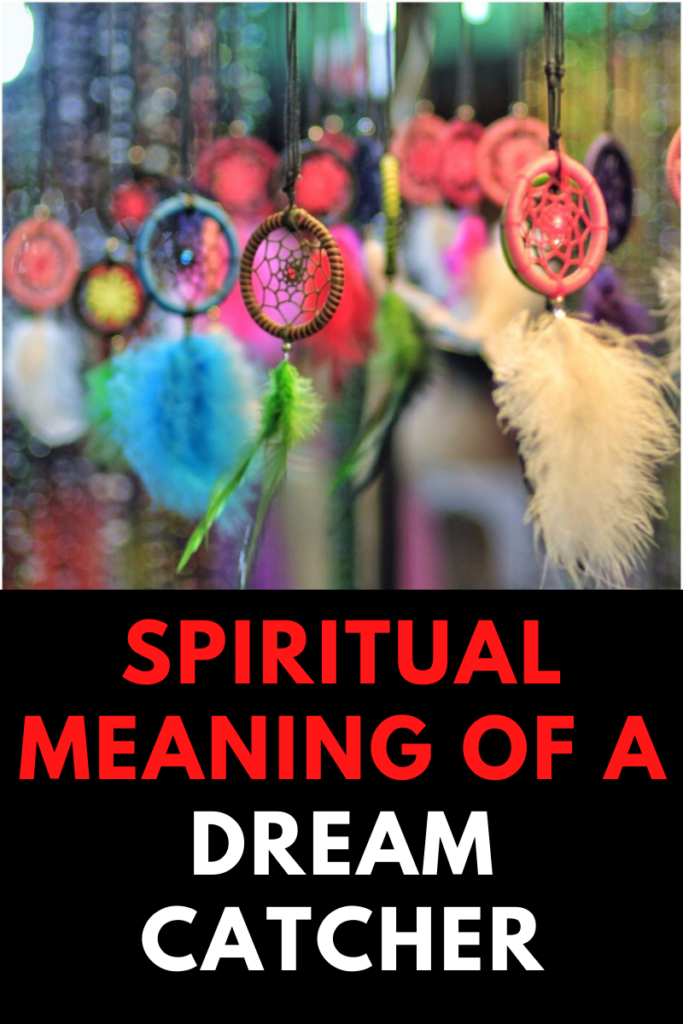 Dream catchers have become increasingly popular over the past few decades, especially among those who enjoy incorporating them into their décor.

Many people find that they help create a more soothing and pleasant atmosphere in their bedrooms, and it’s not hard to see why.

They also symbolize health, wealth, and protection from negative energy.

Dream catchers are typically hung from the ceiling or another overhead structure to take full advantage of the airflow around them.

It’s also important to note that while there is something very mystical about dream catchers, they are not always used as spiritual tools or charms.

Many people who do not subscribe to the myriad Native American beliefs regarding dreams and the night sky enjoy having a dream catcher on hand for its aesthetic appeal.

They can be quite beautiful to look at, and they are often complemented by other pieces of décor in your room.

The Spiritual Backgrounds of Dream Catchers

Dream catchers have several different meanings depending on your cultural background and spiritual tradition.

Some Native American tribes believed that dream catchers protected the sleeper from nightmares in much the same way as amulets or talismans are supposed to work in other cultures.

These were often woven by mothers for their children and made from sacred materials that the Native Americans felt provided spiritual protection and healing properties to the wearer of such dream catchers.

In other tribes, they were thought to provide a safe passage through dreams so that the sleeper might experience an easy transition into their next incarnation.

To the Lakota tribes, dream catchers represented a spider web in which good dreams were captured, and bad dreams were destroyed.

Some Native American tribes held the belief that they could not only protect people from nightmares but also capture lost souls so that they might be returned to their proper resting place.

Why Dreamcatchers Are So Popular 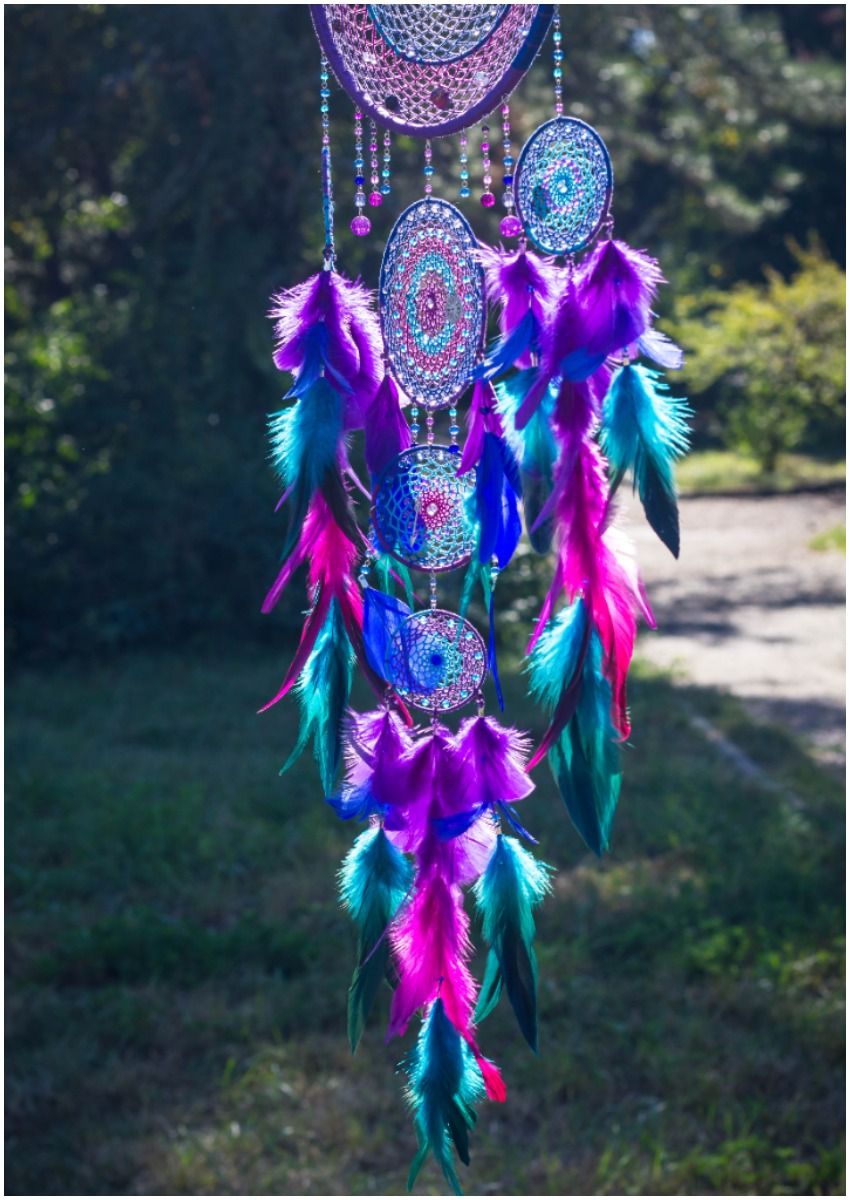 Most people who buy dream catchers do so because they’re interested in such devices’ spiritual and magical applications.

They are also popular as school projects for kids, but it’s fascinating to consider why they’ve become so popular in the past twenty years or so.

There is a particular element of mystery and enchantment about dream catchers that many other belief systems simply do not possess.

There’s something exotic about them, and the fact they don’t have to be worn on your person or even kept with you at all times to work makes them seem even more mystical.

How to Build A Dream Catcher 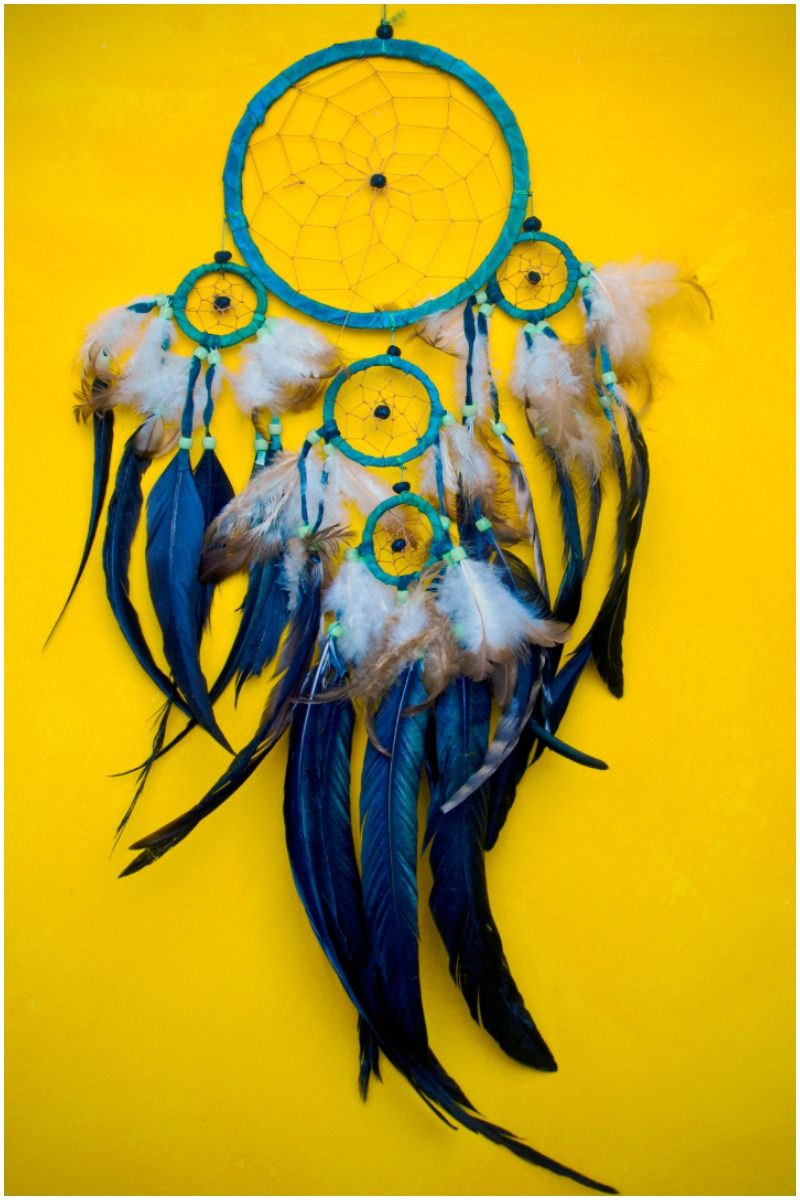 To make a dreamcatcher, you’ll need to find a flexible, thin branch about five inches in diameter and at least three feet long.

Often the best ones can be found on old apple trees or other deciduous varieties of trees that have withered bare for the winter months.

The branch is tied into a space enclosed by four struts so that all but a small hole is blocked off.

The space that remains in the center of the dream catcher must be just large enough to fit around a sleeping person’s head, so it doesn’t cause any discomfort while they sleep.

The circular webbing on this wireframe should be about four inches across and should have a gap running through it similar to a web so that it can capture dreams.

It is traditionally made of sinew and painted in red and white designs, symbolizing the sun and moon respectively.

In addition to its use as a sleeping aid, many people also say that dream catchers are useful when placed over doors or windows in order to ward off evil spirits or negativity from entering the house.

The use of dream catchers to repel bad dreams is a relatively modern adaptation, but one that has been embraced by people who find comfort in the idea that they might be protected from harm and danger while sleeping.

How Do You Use A Dream Catcher? 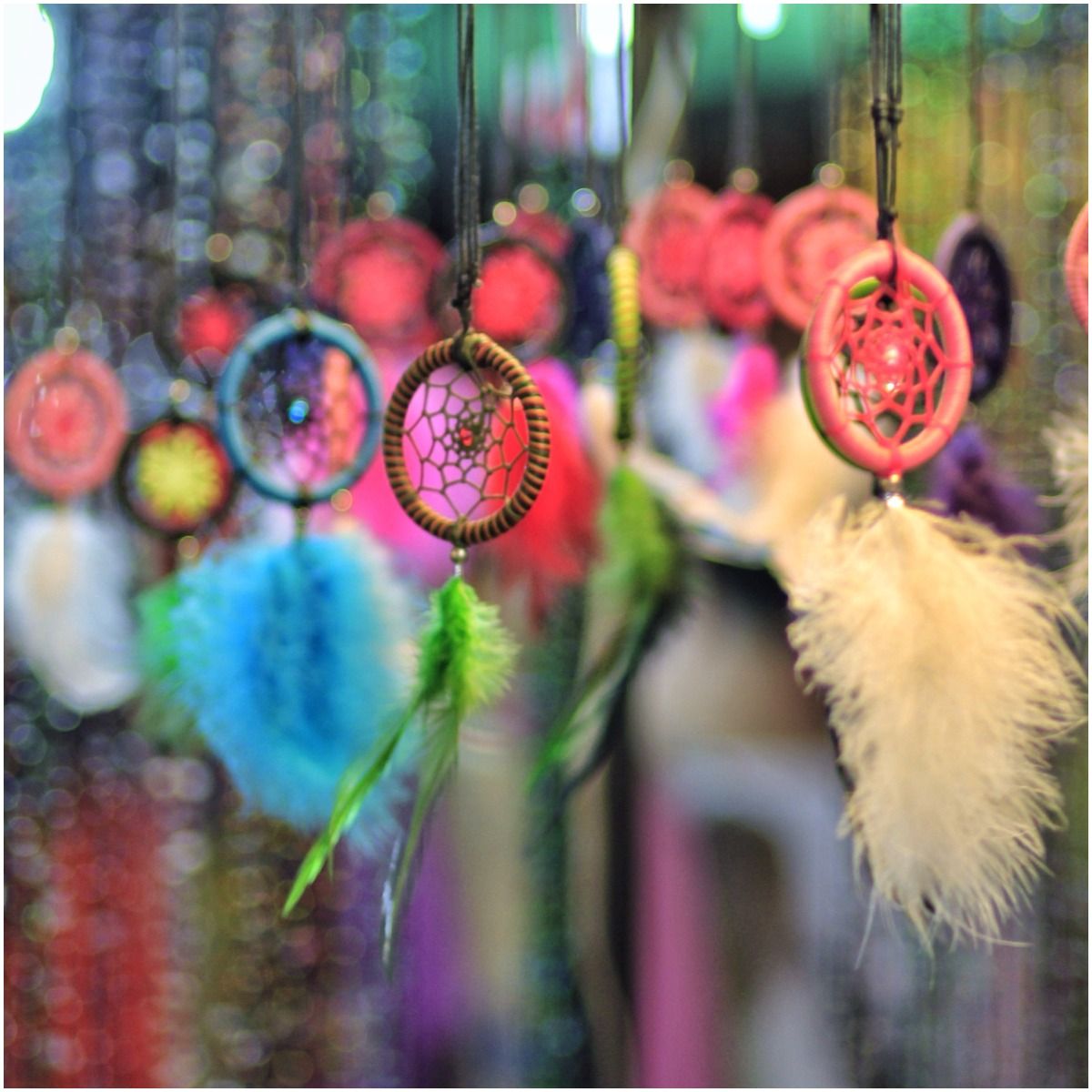 Dream catchers can be hung over your bed or anywhere else where you are likely to sleep.

The most important thing is that it has unobstructed access to the air around it so that it can function properly and do its job adequately.

If you’re not sure whether it needs a bit more space in any one direction, consider taking a strip of fabric or paper and tying it over the hole for a few hours to see if it needs a bit of adjustment.

If you’re looking for a good night’s sleep, place your dreamcatcher somewhere where it catches the gentle wind from time to time throughout the night.

If possible, try to position it so that it will catch as much air as possible without collecting dust and other particles in its webbing.

Sometimes blinds or curtains can be helpful in providing a gentle breeze to your dreamcatcher as well.

READ MORE: What is the Spiritual Meaning of Seeing Crows?

Dream catchers are a rather old and traditional form of sleeping aid, so it’s not surprising that there haven’t been many studies conducted to verify their efficacy.

The concept seems relatively simple and appealing in theory, but whether or not it works will depend on your own personal experience.

Still, if you’re looking for a way to get better sleep and feel more refreshed when you wake up in the morning, there is no harm in trying out a dream catcher. After all, what do you have to lose – except maybe a few bad dreams?

READ THIS NEXT: The Rarest Zodiac Signs: Is It You?

I was given a Dream Catcher in Red. I was told by my friend that it was blessed by a Navajo Marine Veteran, I consider him a Brother because I am a Marine Veteran. Semper Fi