In the Bible, angels are heavenly beings commissioned by God for special jobs both in heaven and on earth. Their primary duty is to be intermediaries between God and man.

Angels are usually identified in Christian artwork with divine light, halos, and bird wings. So, what does the bible say about angels?

8 Facts About Angels in the Bible

#1 They were created by God.

Colossians 1:16: ”For by him were all things created, that are in heaven, and that are in earth, visible and invisible, whether they be thrones, or dominions, or principalities, or powers: all things were created by him, and for him.”

#2 Three Angels Are named In Scripture: Michael, Gabriel, and Raphael.

Michael is an archangel. The Greek word for “archangel” (archággelos) means ”chief messenger” or ”chief angel.” The Archangel Michael is portrayed with a spear or a fiery sword in his hands, casting out the devil. 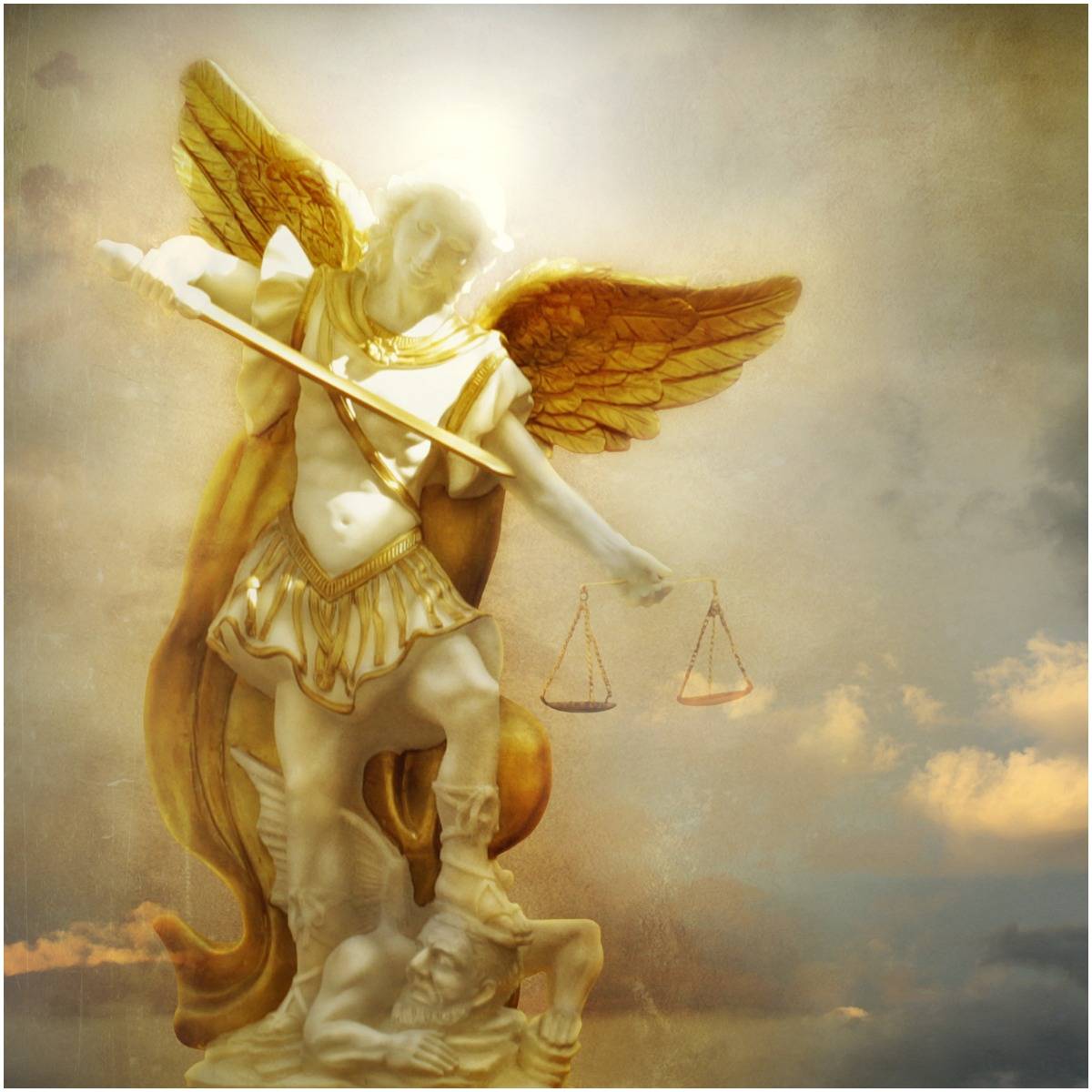 Jude 9: ”But Michael the archangel, when he disputed with the devil and argued about the body of Moses, did not dare pronounce against him a railing judgment, but said, The Lord rebuke you!”

According to the Bible, Gabriel delivered important prophetic messages to faithful servants of God.

Luke 1:19: ”The angel answered and said to him, ‘I am Gabriel, who stands in the presence of God, and I have been sent to speak to you and to bring you this good news.’”

Raphael means “God heals.” He often appears in paintings holding a fish. Raphael is mentioned in the Book of Tobit — a book of scripture that is part of the Orthodox and Catholic biblical canons.

Tobit 12:15: ”I am Raphael, one of the seven holy angels who present the prayers of the saints and enter into the presence of the glory of the Holy One.”

The Bible also mentions the seraphim. The word “seraphim” is the plural form of the Hebrew root word “saraph,” which means, “to burn.”

A Cherub, or known in the plural form as Cherubim, is a symbolical angelic figure described as performing divine duties in the earthly realm.

Psalm 18:10: ”He mounted the cherubim and flew; he soared on the wings of the wind.”

#5 They are not to be worshipped

Revelation 22:8-9: ”I, John, am the one who heard and saw these things. And when I had heard and seen them, I fell down to worship at the feet of the angel who had been showing them to me. But he said to me, “Don’t do that! I am a fellow servant with you and with your fellow prophets and with all who keep the words of this scroll. Worship God!”

Colossians 2:18: ”Let no one cheat you of your reward, taking delight in false humility and worship of angels, intruding into those things which he has not seen, vainly puffed up by his fleshly mind.”

#6 Angels in heaven do not marry

Matthew 22:30: ”At the resurrection people will neither marry nor be given in marriage; they will be like the angels in heaven.”

#7 There are “myriads of myriads, and thousands of thousands” of angels

Revelation 5:11: ”And I beheld, and I heard the voice of many angels round about the throne and the beasts and the elders: and the number of them was ten thousand times ten thousand, and thousands of thousands.” 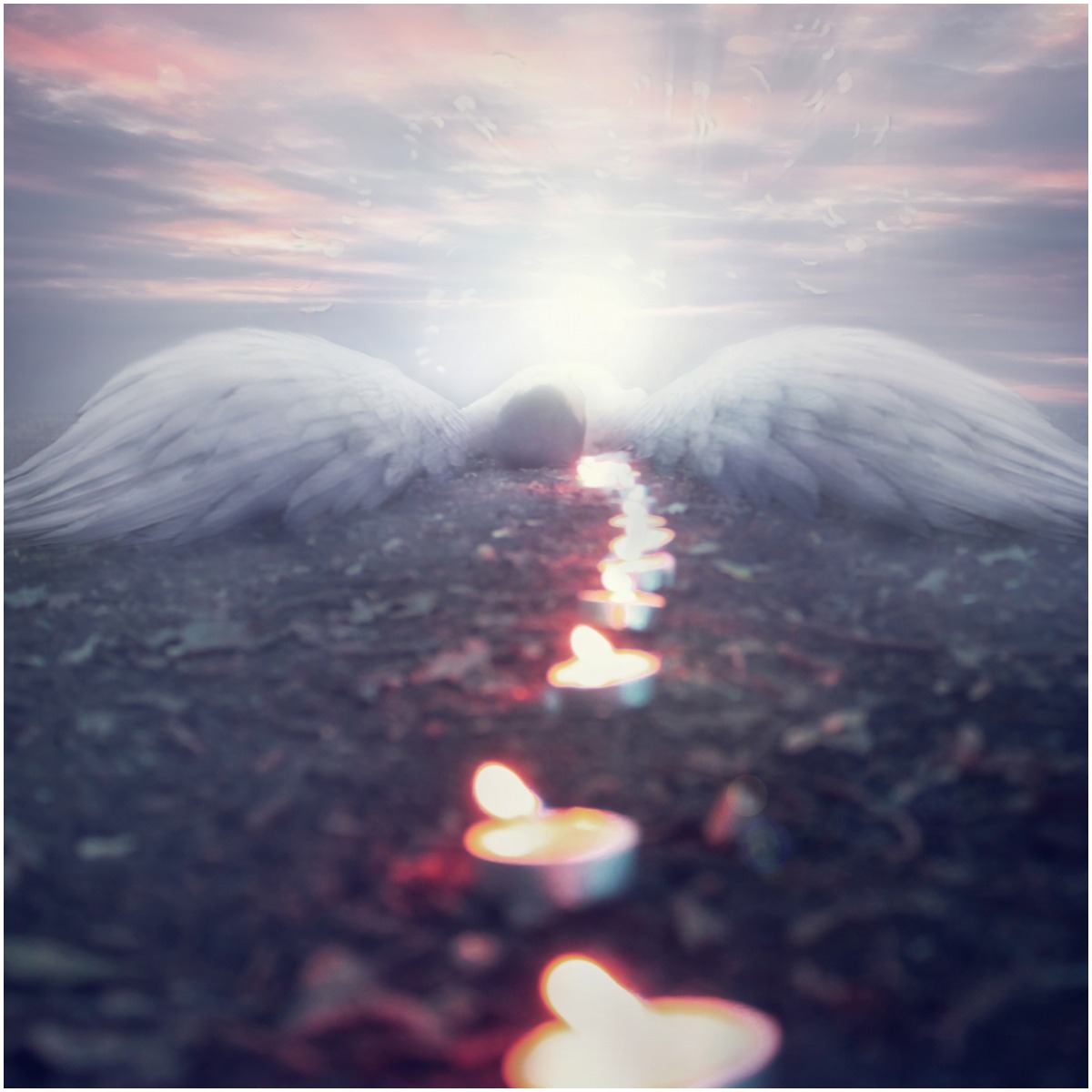 Fallen angels are angels who were expelled from heaven.

2 Peter 2:4: ”For if God did not spare angels when they sinned, but cast them into hell and committed them to chains of gloomy darkness to be kept until the judgment.”

There are three fallen angels mentioned by name in the Bible, Lucifer/Satan, Beelzebul, and Apollyon/Abaddon.

Lucifer was formerly a “covering cherub,” a title that indicates he had great responsibility at God’s throne. He rebelled against God and was thrown down from heaven along with the angels who followed him.

Luke 22:3: ”And Satan entered into Judas who was called Iscariot, belonging to the number of the twelve.”

READ MORE: 20 Movies about the Devil, Hell, and Demons

Beelzebub, also called Baalzebub, is the prince of the devils.

Matthew 12:24: ”But when the Pharisees heard this, they said, “It is only by Beelzebul, the prince of demons, that this fellow drives out demons.”

Mark 3:22: ”The scribes who came down from Jerusalem were saying, ‘He is possessed by Beelzebul,’ and ‘He casts out the demons by the ruler of the demons.’”

The Greek title “Apollyon” literally means “The Destroyer,” while in Hebrew, the name “Abaddon” means “place of destruction.”

Revelation 9:11: ”And they had a king over them, which is the angel of the bottomless pit, whose name in the Hebrew tongue is Abaddon, but in the Greek tongue hath his name Apollyon.”

READ THIS NEXT: Fallen Angels & The Book of Enoch

It's at the very least unclear if Abaddon/Apollyon is fallen or faithful.

i have seen three angels today