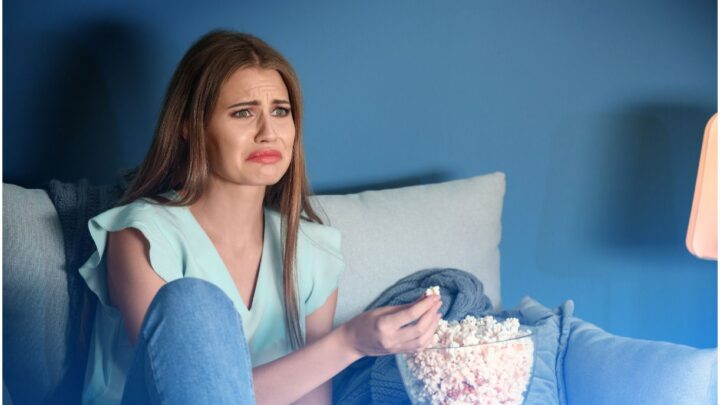 In the mood for a good cry?

Then you can’t go wrong with a sad yet romantic movie.

From The Notebook to Boys Don’t Cry and everything in between, there are thousands of tear-jerking movies that you can watch right now to make you weep.

Sure, people have different film tastes. But some things are a crowd-pleaser for a reason.

All of the movies listed here are guaranteed to make you hug your loved one closer and appreciate the little things in life.

What’s not to love?

To give you a taster of what’s to come, here are the titles of the movies we’re going to be discussing throughout this article:

Why are you still waiting?

It’s time for an hour crying session over these beautiful creations. Jump right into the heart-wrenching sadness.

List Of 20 Sad Romantic Movies That Make You Cry:

It is an adaptation of William Shakespeare’s tragedy Romeo and Juliet. The film stars Claire Danes and Leonardo DiCaprio in the roles of two teenagers who fall in love.

The film is based on accounts of the sinking of the RMS Titanic. It stars Bill Paxton as Brock Lovett, Billy Zane as Cal Hockley, Kate Winslet as Rose DeWitt Bukater, and Leonardo DiCaprio as Jack Dawson.

The film grossed over $2.1 billion, and it was the first film to reach the billion-dollar mark. ”Titanic” was the most expensive film ever made at the time.

It is a dystopian romantic tragedy film directed by Mark Romanek. It is based on Kazuo Ishiguro’s novel Never Let Me Go.

The film follows Tommy, Ruth, and Kathy who spend their childhood at an English boarding school. As adults, the three must prepare for the haunting reality awaiting them.

”Ghost” is a romantic fantasy thriller film about a young woman in jeopardy and the ghost of her murdered lover. It stars Whoopi Goldberg as Oda Mae Brown, Demi Moore as Molly Jensen, and Patrick Swayze as Sam Wheat.

The film was written by Bruce Joel Rubin and directed by Jerry Zucker.

It is a fantasy romantic drama film that follows Benjamin Button (Brad Pitt) who springs into being as an elderly man in a nursing home and ages in reverse.

The storyline is loosely based on a 1922 short story by F. Scott Fitzgerald. It is directed by David Fincher.

It is a romantic tragedy film that follows a sixteen-year-old cancer patient who falls in love with a similarly afflicted teen from her cancer support group. It stars Willem Dafoe, Nat Wolff, Sam Trammell, Laura Dern, Ansel Elgort, and Shailene Woodley.

”The Fault in Our Stars” is based on the novel of the same name by John Green.

It is a romantic drama film that grossed $208 million worldwide. ”Me Before You” stars Brendan Coyle, Charles Dance, Janet McTeer, Sam Claflin, and Emilia Clarke. The plot is set in the United Kingdom.

It is a romantic musical drama film about a hard-drinking musician who falls in love with a young singer. ”A Star Is Born” stars Sam Elliott, Andrew Dice Clay, Dave Chappelle, Lady Gaga, and Bradley Cooper.

The film is the third remake of the original 1937 film.

It is a romantic drama film that follows a British exchange student who falls in love with an American student.

”Like Crazy” stars Jennifer Lawrence, Felicity Jones, and Anton Yelchin. It is written by Doremus and Ben York Jones and directed by Drake Doremus.

It is a romantic science-fiction drama film that tells the story of a librarian with a paranormal genetic disorder that causes him to randomly time travel.

”The Time Traveler’s Wife” stars Ron Livingston, Rachel McAdams, and Eric Bana. It is directed by Robert Schwentke and is based on Audrey Niffenegger’s novel of the same name.

It is a romantic drama film about Rachel McAdams and Ryan Gosling as a couple who fall in love in the 40s.

”The Notebook” is based on the 1996 novel by Nicholas Sparks. It was written by Jan Sardi and Jeremy Leven and directed by Nick Cassavetes.

The film grossed over $115 million worldwide. It won an MTV Movie Award.

The film is co-written by Peirce and Andy Bienen and directed by Kimberly Peirce.

It is a musical drama film directed by Joel Schumacher and produced by Lloyd Webber.

”The Phantom of the Opera” stars Miranda Richardson as Madame Giry, Patrick Wilson as Raoul de Chagny, Emmy Rossum as Christine Daaé, and Gerard Butler as Erik, The Phantom.

The film grossed over $154 million worldwide.

It is a romantic period comedy-drama film about an imaginary love affair involving playwright William Shakespeare and Viola de Lesseps.

It is a romantic comedy-drama film presented in a non-chronological format.

”500 Days of Summer” is based on a screenplay written by Michael H. Weber and Scott Neustadter.

It is a musical romantic drama film that follows a young English poet who falls in love with the star of the Moulin Rouge.

”Moulin Rouge!” is the third part of Luhrmann’s “Red Curtain Trilogy.” The film is directed, co-produced, and co-written by Baz Luhrmann.

”Her” is an SF romantic drama film about a man who develops a relationship with an artificially intelligent virtual assistant.

READ MORE: Spiritual Bypassing: What It Is

”The Lucky One” tells the story of a US Marine who finds a photograph of a young woman while serving in Iraq. He and later tracks down the woman.

”P.S. I Love You” grossed over $156 million worldwide. The screenplay is based on the novel of the same name by Cecelia Ahern.

READ THIS NEXT: Types of Energy Vampires 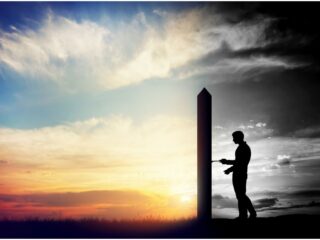 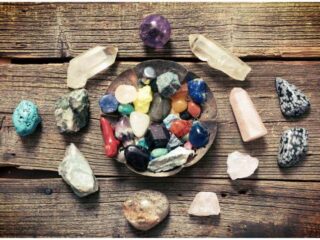