Here Is A Complete List Of Egyptian Gods And Goddesses:

Amun is the ancient Egyptian god of the air and sun. The worship of Amun first appears in ancient Egypt’s Old Kingdom (2686 – 2181 BC), where he is regarded as a relatively minor god.

When Amun was combined with the sun god Ra, he was even more powerful. He was then called Amun-Ra.

Amunet is a primordial goddess in ancient Egyptian religion. This deity was without gender but divided between Amun and Amunet for male and female aspects.

The Egyptian god Anhur was initially worshiped as a war god in the regions of Thinis. Anhur was described as wearing a headdress of 2 or four tall feathers.

Anput was the personification of the 17th nome of Upper Egypt. She is the goddess of mummification and funerals, as well as the mother of Kebechet and probably Ammit. 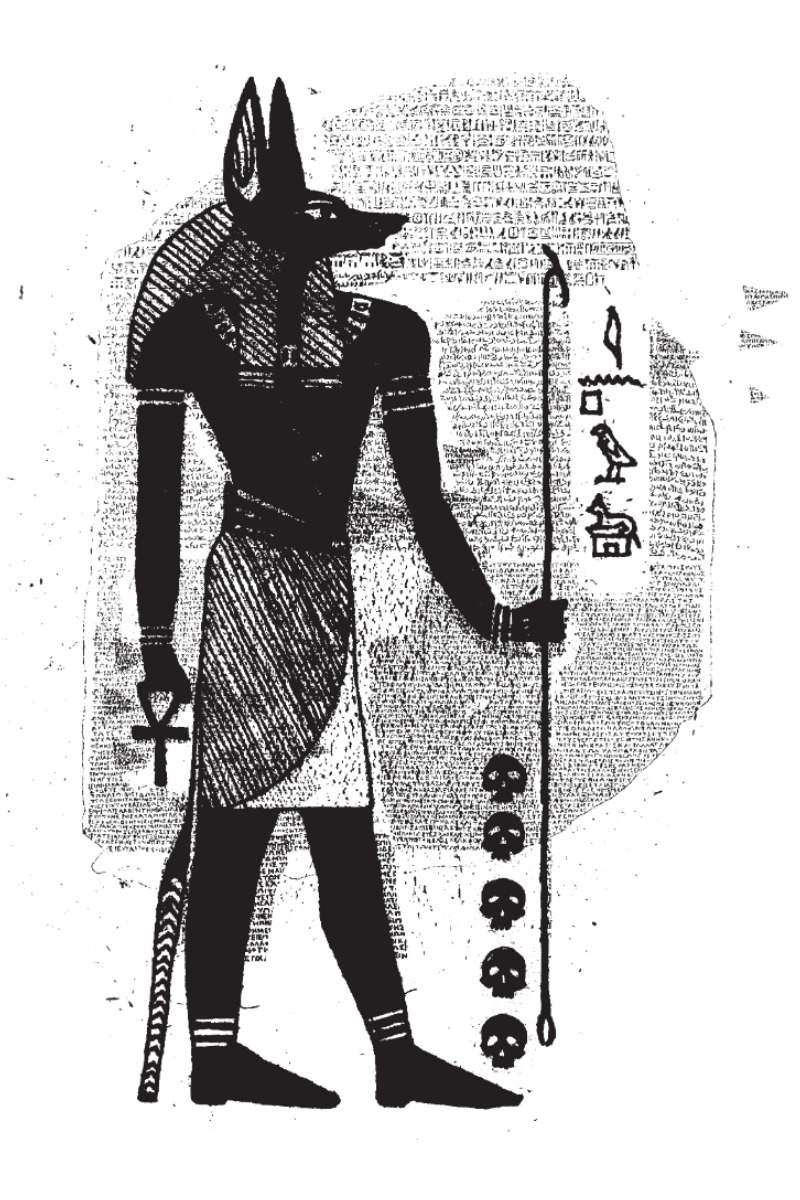 Anubis is the inventor and god of mummification and embalming.

Anubis was commonly depicted by the ancient Egyptians as having the head of a jackal and the body of a human.

Apis is the bull deity who renewed the life of Egyptians. Apis served as an intermediary between humans and other powerful deities.

Apophis is the Great Serpent, an enemy of the sun god Ra.

Aten was the disk of the sun in ancient Egyptian mythology. Aten is an aspect of the god Ra.

In Egyptian mythology, Babi was a god in the form of a baboon. His name is normally transformed as Bull of the baboons and roughly translates as ”Alpha male of all baboons.” 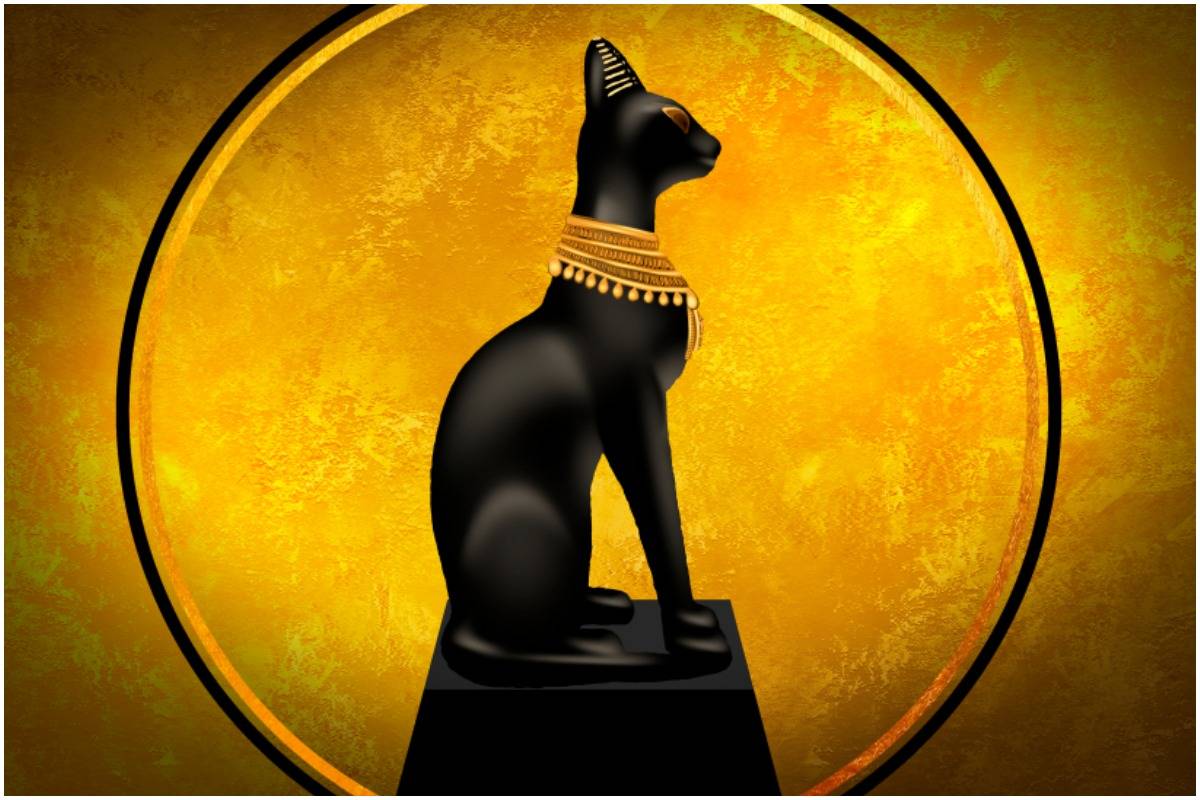 Bastet was the Egyptian goddess of cats. Her name could be translated as “Devouring Lady.”

Bes was an ancient Egyptian dwarf god. He was a god of war, yet he was also a patron of childbirth and the home.

Moreover, Bes was associated with humor, sexuality, dancing, and music.

In ancient Egypt, Geb was a god of the Earth and a member of the Ennead of Heliopolis.

Geb had a viper around his head and was thus considered the father of snakes. He was the husband and brother of the sky goddess Nut.

Hapi was the god of the annual flooding of the Nile in ancient Egyptian religion. Hapi was a personification of the Nile River and thus a god of fertility.

Hathor, in Egyptian mythology, was a sky goddess, the patron of joy and love.

She was a goddess of fertility and childbirth in ancient Egypt.

Horus was said to be the sky. He was typically characterized as a red and white crown, as a symbol of kingship, or a falcon-headed man wearing the pschent.

Isis is part of the Ennead of Heliopolis, a family of 9 gods descended from the creator god Ra. She was the ancient Egyptian goddess of healing, fertility, love, the moon, and magic.

In the Pyramid Texts, Kebechet is referred to as a serpent who “refreshes and purifies” the pharaohs. She is the daughter of Anubis and his wife Anput.

Khepri was a god of the movement of the sun, creation, and rebirth. Khepri is usually depicted as a scarab holding aloft the morning sun.

Khnum is associated with water and procreation. He was one of the most worshiped gods throughout Egypt, however, his popularity was eventually surpassed by Ra.

READ MORE: Signs Of A Bad Spirit In Your House

Khonsu was an ancient Egyptian god of the Moon since the earliest times of Egyptian Mythology.

He was seen as the son of the Creator god Ptah, as well as the feline goddess.

Ma’at was the Egyptian goddess of justice, truth, balance, and morality. Sometimes, Ma’at is represented as a woman with an ostrich feather on her head or with wings on each arm.

Her name means (she who) runs swiftly. Mafdet protected against scorpions and snakes and was frequently shown as either a mongoose or a feline.

Mehit was the consort of Anhur, a hunter god who was worshipped in Thinis. In the Early Dynastic period, Mehit was represented as a reclining lioness with 3 bent poles projecting from her back.

Nephthys was the goddess of mourning in the ancient Egyptian religion. She is the daughter of Geb and Nut.

Nekhbet is the vulture goddess as well as the protector of Upper Egypt and especially its rulers.

As the goddess of the sky, Nut swallowed the sun in the evening and gave birth to it again in the morning. 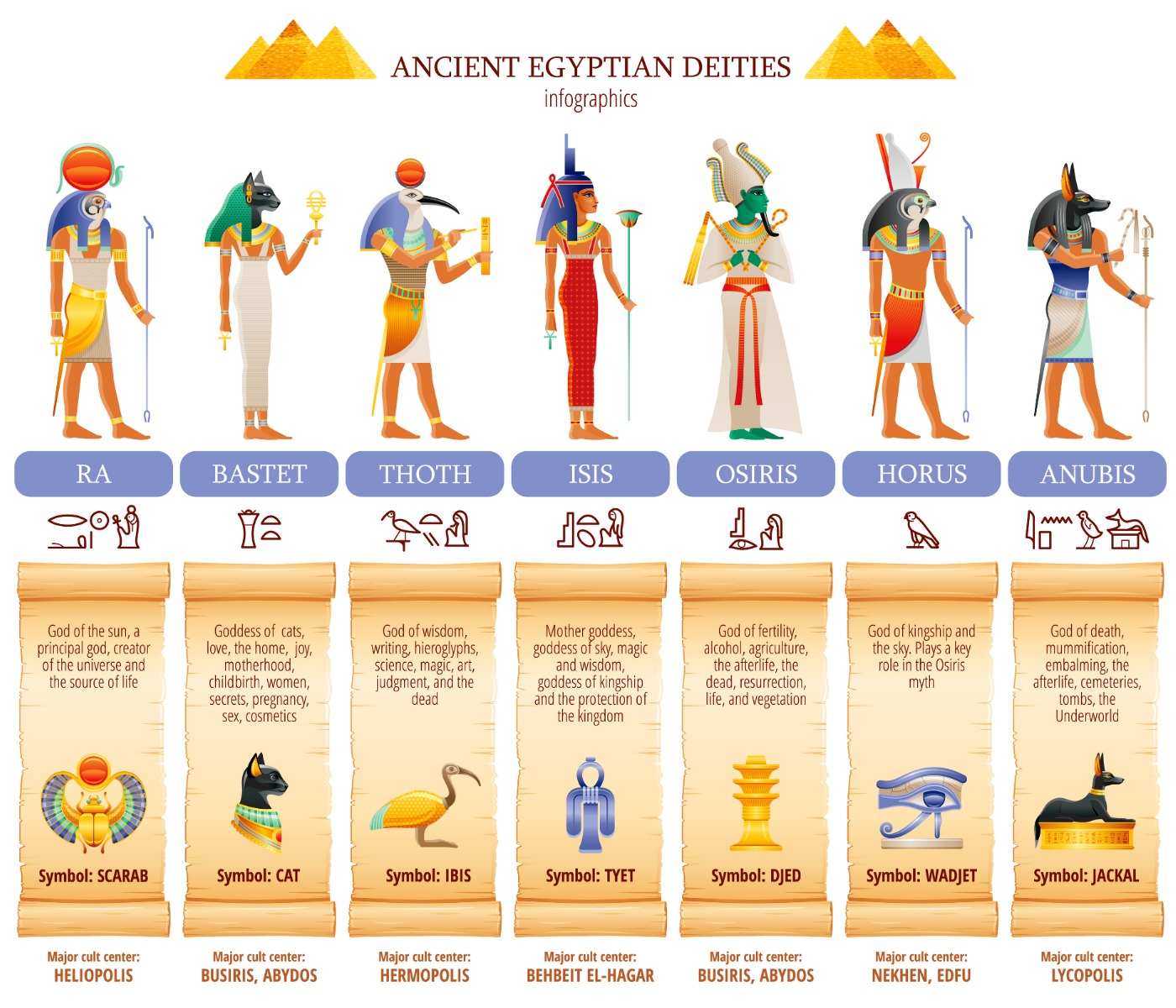 Osiris was the ruler of the underworld and the god of the dead. Osiris was considered the brother of Set, Isis, Horus the Elder, and Nephthys, and father of Horus the Younger.

She was a lioness-goddess worshipped in particular at the capture of a wadi in the eastern desert near Beni Hasan. Pakhet is believed to be a combined form of Sekhmet of Upper Egypt and Bastet of Lower Egypt.

In Egyptian mythology, Ptah was the chief deity of the ancient city of Memphis.

Qebui is the Egyptian god of the North Wind.

She was a fertility goddess of sacred ecstasy and sexual pleasure who became a popular deity. 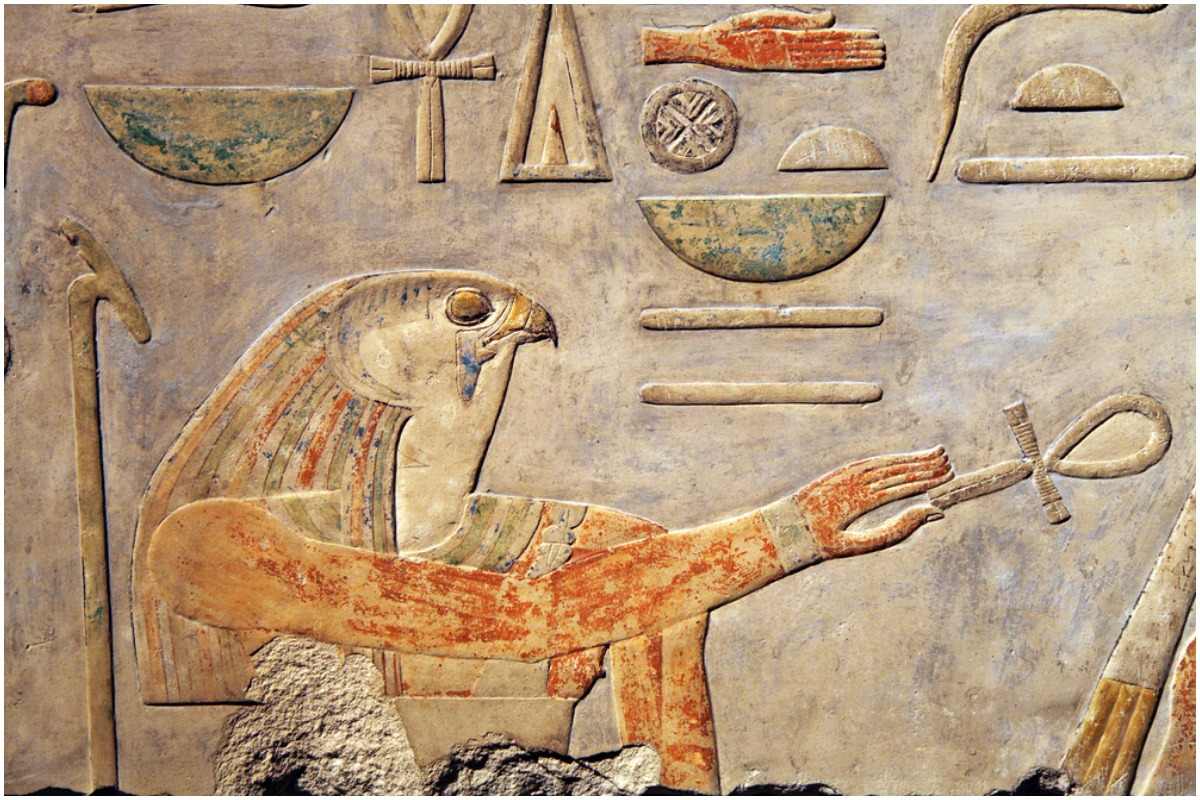 In Egyptian mythology, the sun god Ra was the supreme power in the universe.

It was said that Ra was born each morning in the East and died each night in the West. He was described with a falcon head and crowned with a sun disc.

She is an ancient Egyptian solar goddess.

Sekhmet is the Egyptian goddess of war, sun, plagues, destruction, and healing. Sekhmet was the companion of the god Ptah and was worshipped principally at Memphis.

Her name is derived from the Egyptian word “Sekhem” which translates as “power” or “might.”

Seker is a falcon god of the Memphite Necropolis. Seker is most often found depicted on royal tomb walls.

Serket is an Egyptian goddess of protection associated with the scorpion. Serket was usually viewed as a protective goddess.

Seshat was the ancient Egyptian goddess of knowledge, wisdom, and writing.

Set (also known as Seth) is a god of the desert, chaos, disorder, storms, foreigners, and violence.

In the Osiris myth, Seth is described as the usurper who killed his own brother Osiris.

Shu was the god of wind, dry air, and the atmosphere.

Sobek was the ancient god of crocodiles.

Sopdu was a god of the sky and of eastern border regions.

Taweret is the protective ancient Egyptian goddess of childbirth and fertility.

Tefnut was the lunar goddess of humidity, moisture, and water. 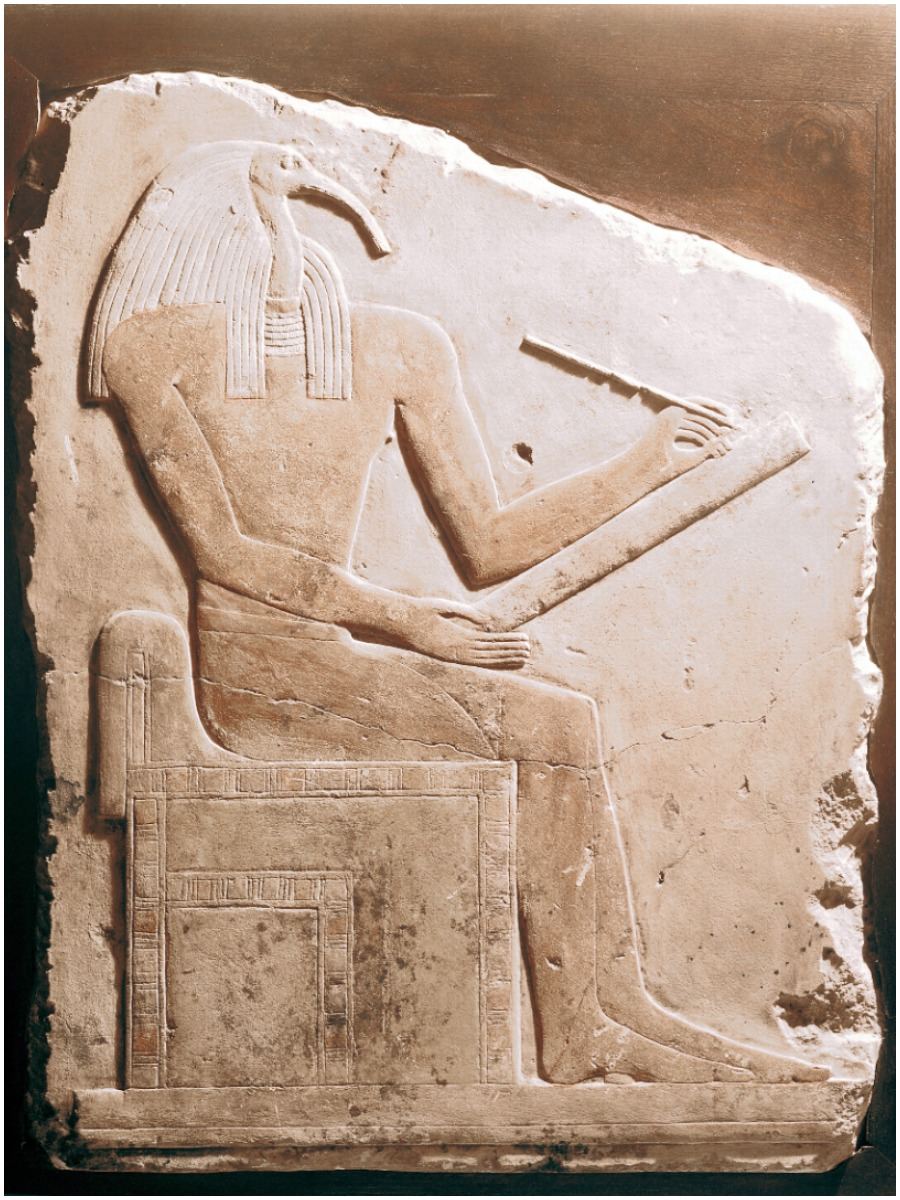 Thoth was the god of justice, wisdom, and writing, patron of the sciences. He was also the messenger of Ra. Thoth’s chief temple was located in the city of Hermopolis.

Wadj-wer was a fertility god whose name means “Great Green.”

READ THIS NEXT: Egyptian Zodiac Signs

Anubis may be related to the constellation Ursa Minor or the star Kochab. He seems to be depicted as such in the Zodiac of Dendera.

My favorite is Baset!

Hmmmm ... very interesting learned something as well,about my favorite egyptian god,"Anubis" i had always thought that he was a god of the underworld after death and was pretty much like the grim reaper the one who would guide u after death to the alter of judgement!!!!

he is my favorite too