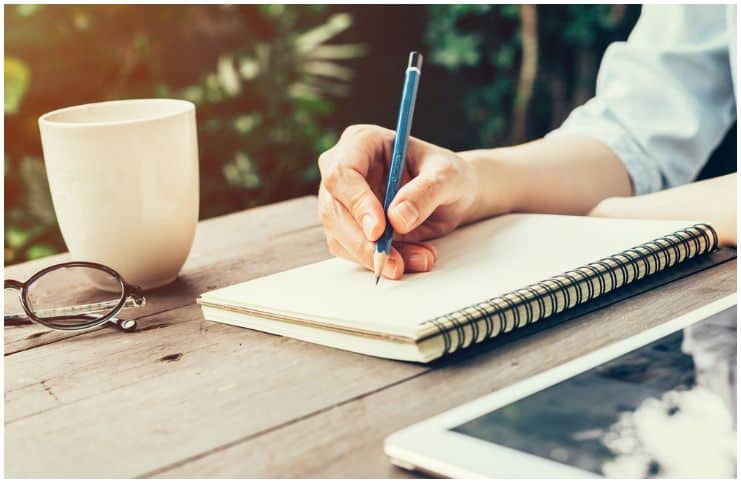 Graphology is a very controversial subject. However, most experts say that handwriting can reveal thousands of hidden personality traits, expose introverts and extroverts, and even show the blood pressure of the person writing.

There are many insights in the field that are being published regularly. For instance, there is a piece about how several employers use handwriting analysis to recruit people for job positions. Others, like detectives or police officers, can identify useful information from the handwriting that could suggest motives and help officers solve crimes.

In this article, we are going to take a closer look into how handwriting can reveal your personality traits.

People who use big letters in their writing are the most outgoing personalities. They are more likely to be people-oriented and with great social skills. Large letters can also be attributed to wanting to be understood and noticed out of the bunch.

Meanwhile, small letters have a bit of a different effect. The small text suggests high levels of concentration. While big letter writers can be outgoing and impulsive, small letters indicate focus and forethought. They can also suggest an introverted personality; one who’d rather work at home than be at a loud social gathering.

Heavy pressure reflected in one’s handwriting can suggest impulsiveness. Tension, anger, and other dynamic feelings can also be revealed through pressure levels.

Light pressure indicates high levels of empathy and sensitivity. Sensitive writers are more caring and have greater control over their lives. Those who prefer taking things slowly will most likely fit into this pressure category.

A defining element in graphology is line spacing. Big writers who use up most of the paper with large spaces are free and independent thinkers. They prefer social interactions and traveling more compared to those who squeeze words together.

Compact writers are known to enjoy companies in which they feel safe and relaxed. But if words are too mashed up against each other, it can suggest an intrusive personality or wanting to crowd people.

Loops are mostly present in cursive writing, as letters like L or E create them. If an L loop is narrow or small, the person might be restrictive. This means not giving oneself enough space for freedom, and can also suggest tension.

More open and wider L loops are a trait of spontaneous people, who are talented in self-expression, relaxed, and often more spontaneous than their narrow L counterparts.

In the letter E, narrow loops suggest skepticism. These people aren’t the biggest empaths and will not be swayed by the emotions of others. However, wider E loops are again associated with open-mindedness, a person who is willing and courageous enough to try new experiences in life.

Dotting presupposes a more intricate analysis because there are more than five ways you could dot your “i” letters. Dotting indicates several personality traits, including a capacity for imagination or self-criticism.

Speed writing has grown as many young people have become impatient through their use of smartphones. That’s why most of us write quickly.

But quick writing can also be associated with impatience or disliking delays. People who write quickly have no time to waste.

Slow writers, so, show the opposite results. If you are a methodical person, like to keep your wardrobe tidy and are self-reliant, then you probably take time with your writing. Slow writing gives more space to think, to develop ideas before jotting them down.

Speaking of space to think – if you’re a college student and overwhelmed with tedious essays, you can easily avoid them and free up your time. Thousands of online writers complete write my essay requests every day. The best result is https://essaypro.com/write-my-essay.html. So if speed is of the essence, don’t waste time scribbling essays on your own.

The t’s are a big revealer in the handwriting game. The higher is usually the better, as crossing the very top of T shows strong ambition and optimism as well as self-esteem. Those who poetically cross their T’s with a long line are determined and enthusiastic people. The downside of that is that high T crossers can be very stubborn and have problems with letting things go. If thoughts of your ex still torture you, you’re definitely that Long T person.

Now for folks who cross down the middle. Geometric precision in most handwriting traits is a sign of confidence, being comfortable in your skin. However, if the middle t cross is short or lazy, guess what: you’re lazy too. Short crosses indicate a small level of determination like you’ve just crossed that t reluctantly before pondering at the meaning of life.

This wobbly letter is many people’s favorite one to write, although not as pleasing as the o. Your S could be well rounded, which signifies one who avoids confrontation and likes pleasing people. A well-rounded S shows that you’d rather talk than jump into a fistfight.

The pointy S is a sign of intellectuality and ambition. While other letters associate with negative traits if messy, the S is quite different. Point S people enjoy learning new things and spiritual conversations about the future of humankind.

This leaves us with signatures. One of the best ways to identify some traits of a wealthy or successful person is to look at how they sign. If the name is difficult to read or unclear, it’s usually a sign of privacy. Illegible signature people are hard to read and often have a lack of self-confidence, which is the reason they mostly stay private.

Perfectly legible signatures are signs of the opposite. If you can adequately read the name in the signature, it means that one is confident, honest, and trustworthy. It’s also a sign of a relaxed, socially confident person.

Other types of signatures include:

Fewer people are writing, and more are typing nowadays. Who can blame them – it’s much more comfortable. But those who stick to the old school pen and paper can reveal interesting personality traits about themselves.

Indeed, many artistic personalities and writers still stick to the traditional pen and paper method. This helps with planning, creativity, and makes you feel like you’ve done something.

The results are visible on the page, as opposed to a lifeless smartphone screen. So write more and don’t be shy!