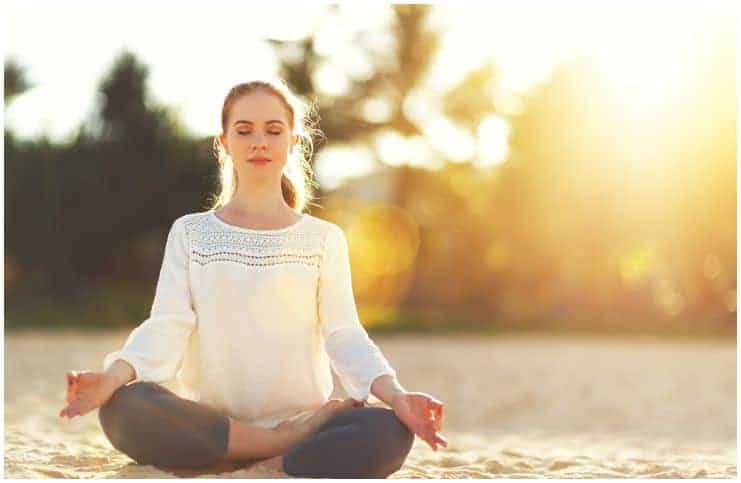 #1 You Speak Less And Listen More

You don’t mind listening to others and letting them take the spotlight they crave. The need to impress everyone with how much you know becomes lesser as you become wiser.

You speak only when your words are better than your silence. Also, you know your value is not in what you show but in what you are as a person.

Moreover, they tend to be open to new ideas and concepts, that contributes to their intelligence.

#3 You Tend To Be Quite Self-Critical

Although someone might not be actively trying to impress, the ability to acknowledge one’s own faults and the willingness to work on correcting them can be a sign that he is an old soul.

If you’re quick-witted and enjoy making others laugh, chances are you’re an old soul.

#5 Deeper Connection To An Inner Self-Reliance

You know yourself, but do you know your Self? In the east, there’s a big distinction between the self and the Self.

It’s actually the difference between thinking you’re a personality with dislikes and likes and thinking you are a spark of the Universe.

That kind of distinction will completely change the way you view yourself and the world and give you a new sense of confidence and strength.

If you’re getting a calm, clear feeling that the world is completely open to you and your potential is limitless, this is a sign you’re identifying more with the Self and connecting to the third eye.

#6 You’re Not On Your Phone All The Time

In 2017, the University of Texas-Austin conducted a study to observe how distracting our phones really are.

Scientists gave the study participants 1 of three instructions – leave the phones where they normally put them, place phones face down on their desk during the test, or leave all belongings in a separate room before entering the test area.

All were told to turn their phones to silent mode.

Study participants who left their phones in a different room performed better on the task at hand than their peers. Scientists concluded that having our phones near us makes it more difficult for us to remain focused without feeling the constant need to check our devices.

They concluded that our phones are dumbing us down and draining our abilities to stay present.

If you can process information relatively quickly, that’s another sign that you’re an old soul.

This skill is another mechanical skill which works with your abstract reasoning capabilities to give a clearer picture of your overall wisdom and intelligence.

#8 You Have Lots Of Self-Control

Old souls tend to have strong self-control and can resist making impulsive decisions. This is also thought to go hand in hand with their intelligence.

A group of psychologists from Yale and other universities tested this in 2009 with a study that was issued in Psychological Science. The psychologists tested how self-control relates to intelligence by giving the study participants intelligence tests and offering them reward money.

The study participants could choose to wait longer and be paid a higher amount, or be paid immediately. The individuals who chose to wait for the money tended to have better scores on the test.

Therefore, if you have a strong tendency to weigh all of your options, and can resist making impulsive decisions, it might be time to embrace your inner genius.

#9 You Face Your Problems

You may find yourself facing a bunch of difficult problems, however, an old soul won’t let those bring them down. Also, he will know how to prioritize and deal with problems as they arise before things even get a chance to start spinning out of control.

If you are the type of person who welcomes challenges and faces problems, always dancing on the edge of your comfort zone, chances are that you are an old soul.

You’ll find plenty of misconceptions about old souls, e.g. being labeled as socially awkward, introverts and so on. This isn’t unquestionably true, and while not all old souls are necessarily smart, they will commonly refrain from speaking if they are accessing a situation.

Usually, they will take some time to think about what was said and prepare an adequate response. Additionally, old souls find silence better than pointless small talk.

#11 You Do Not See The Worst In Every Situation

Old souls realize that no matter what is happening in one’s life right now, it’s going to pass eventually.

That nothing lasts forever, not even the bad times. Also, they try to focus on what they can do to move forward, rather than questioning why something is happening to them in the first place.

#12 You Meditate Several Times Per Week

According to French philosopher Blaise Pascal:

“All of humanity’s problems stem from man’s inability to sit quietly in a room alone.”

Meditation is essential to having self-awareness.

Old souls are able to read people like a book. They are extremely sensitive to the energy of others.

Also, they are able to pick up on body language very well.

You prefer one-on-one time, where it’s more intimate. If spending time around a lot of people is inevitable, you can’t wait to go home and recharge your batteries.