The astral plane, regularly designated as the fourth dimension, has not been created out of the 4 elements, but it is a density – degree of the akasha principle, consequently of all that up to now, I the material world occurred, is actually occurring and will occur, and has its origin, regulation, and existence.

As said before, Akasha, in its most subtle form, is the ether, well known to all of us, in which, amongst other vibrations, electric as well as magnetic ones are propagating.

Consequently, this vibration – sphere is the origin of light, sound, color, rhythm, and life in all things created.

As Akasha is the origin of all existing things, all that ever was produced, is being produced and will be produced in the future is reflected in it.

Therefore, in this plane, there is to be seen an emanation of the eternal, having neither a beginning nor an end, as it is timeless and spaceless.

The adept who sees his way about this plane may find everything here, no matter if the point in question is in the past, the present, or the future.

How far this perception will reach depends on the degree of his perfection. Mystics and spiritualists and most of the religions name it the World beyond.

However, the adept knows very well that there is no such thing as Hence and Beyond and feels no fear of death, which concept is quite strange to him.

If, by the disintegrating work of the elements or a sudden breakup, the astral matrix which is connecting matter between the grossly material body and the astral body has got loose, then will happen what we commonly call death, which, however, in reality, is nothing else but a passage from the terrestrial world to the astral world.

Backed up by this law, the adept knows no fear of death, being convinced that he will not approach uncertainty. Through his control of the elements, besides many other things, he also can achieve a slackening of the astral matrix, which will result in a spontaneous separation of the astral body from the mortal frame. 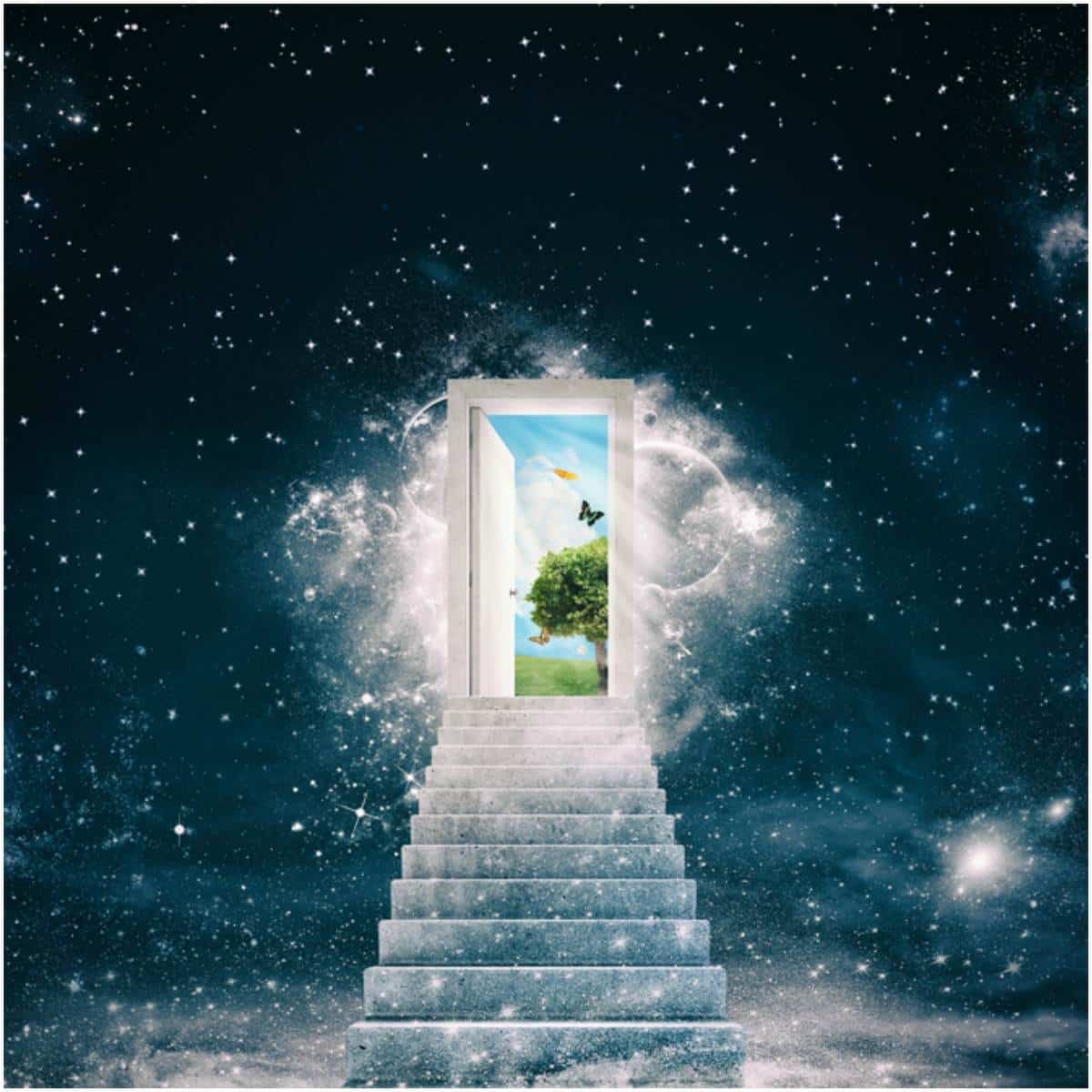 Thus, he will be able to visit the remotest regions, transfer himself into various planes in the form of his astral body. This is the positive explanation of so many tales in which saints have been seen at the same time in different places and even have been working there.

It has various kinds of inhabitants. First of all, there are the deceased ones who have left the earth are abiding in the corresponding density – degree, according to their spiritual maturity, which is designated by different religions as heaven or hell, the adepts seeing only symbols therein.

The nobler, purer, and the more perfect an entity happens to be, all the purer and finer will be the density – degree of the inhabited astral plane.

Little by little, the astral body is dissolving until it has become suitable to the degree of vibrations of the respective step of the astral level or identical with it.

As you see, this identification depends on the maturity and the spiritual perfection the entity concerned achieved on this earth. Besides, the astral plane is inhabited by many other beings, of which I am mentioning only some species here.

There are the so-called elementaries, entities with one or only very few qualities, according to the dominant vibrations of the elements. They are living on similar vibrations proper to man and transmitted by him into the astral plane.

Among them, there are some who have already reached a certain degree of intelligence, and some magicians are utilizing these low-powered beings for their selfish purposes.

Another type of being is the larvae, which have been brought into life consciously or unconsciously, by intense sensorial thinking, through the astral matrix. They are not real beings, but rather just forms thriving on the passions of the animal world, on the lowest step of the astral level.

Their sense of self-preservation carries them into the sphere of those men whose passions are responsive to them. They will try, directly or indirectly, to raise and kindle the passions slumbering in man.

If these forms are succeeding in seducing men to give into their suitable passion, they are feeding and thriving on the emanation of this passion produced in man. Man laden with many passions will attract a host of such larvae in the lowest sphere of his astral plane.

A great battle takes place and, in the problem of magic, this fact plays an important role. More about it is to be founding the chapter dealing with introspection. There are also different elementaries and larvae, which can be produced in an artificial magic way.

Another kind of being the adept often has to deal with in the astral plane must not be overlooked, namely the beings of the 4 pure elements:

These beings represent, as it were, the connection between the astral plane and the earthly elements.

Besides, there is a large group of other beings such as satyrs, wood maidens, water goblins, who could be specified. Regardless of the fact, all this sounds like a fairy tale, on the astral plane, the previously described beings are the very same realities as all the other earthly beings.

The adept’s clairvoyant eyes can see all of them, if he desires so, and is able to establish the connection with them, so excluding any doubt of the existence of these beings right from the beginning. That is why the adept has to first and learn to examine before being able to judge.

Source – Franz Bardon, a Czech occultist and student and teacher of Hermetics (an esoteric tradition which is based mainly upon writings attributed to Hermes Trismegistus).

READ THIS NEXT: 11 Best Herbs For Astral Projection

Fascinating truth! Very educative.Good to know this before embarking on astral projection from this plain