Sleep apnea is a common sleep disorder in which a person’s breathing stops and starts during sleep.

An estimated 1 in 15 adults has moderate-to-severe symptoms, whereas 20 percent of adults have mild symptoms of obstructive sleep apnea. In the United States, over 22 million people suffer from sleep apnea.

Most people have the condition for years before being diagnosed.

There are 3 forms of sleep apnea:

Common signs and symptoms of sleep apnea include:

If untreated, the condition may contribute to other medical conditions, like: 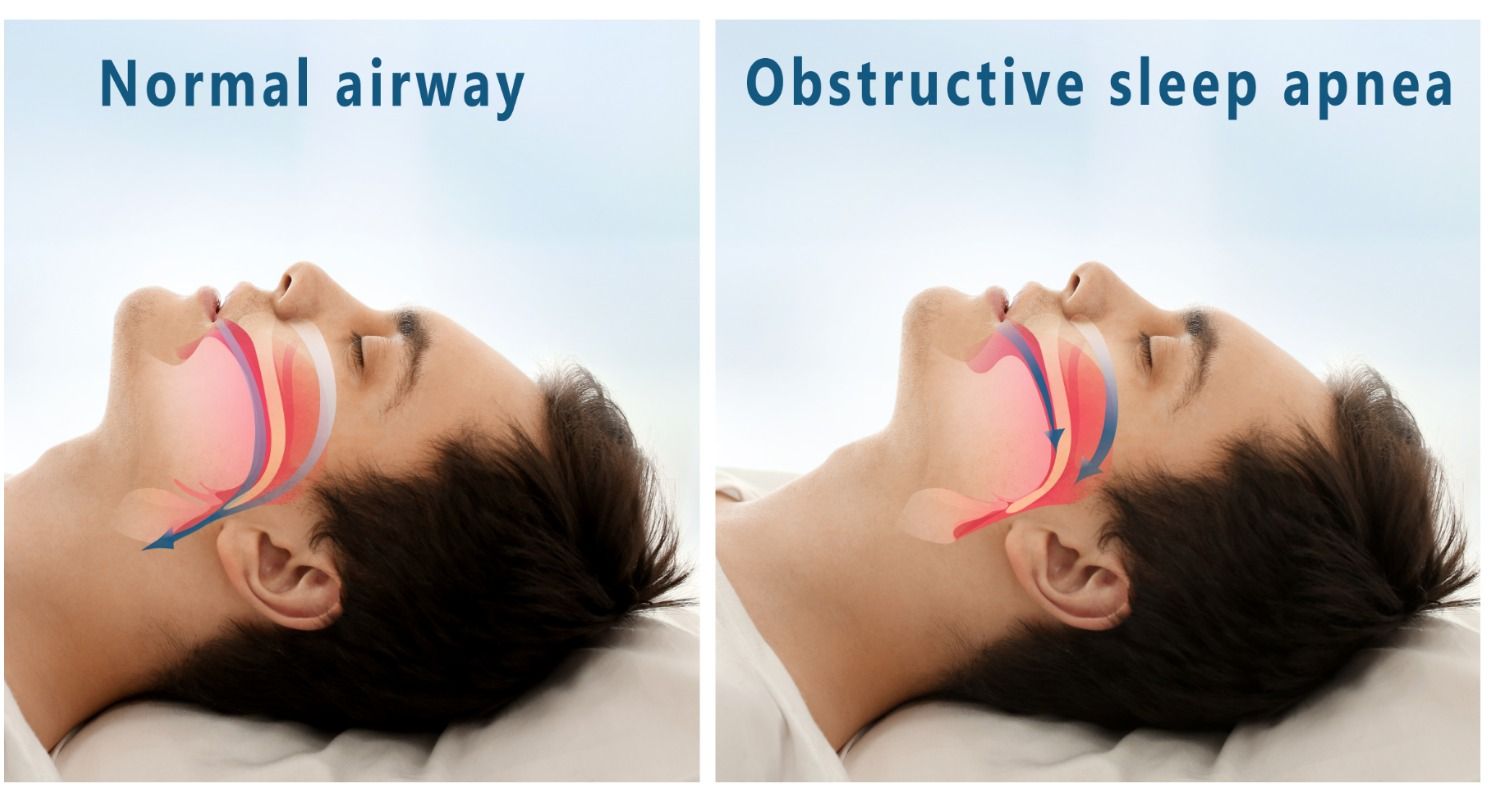 Possible causes of sleep apnea include:

Common treatments for the condition include lifestyle changes (like weight loss and avoiding smoking and alcohol) and breathing devices like CPAP (continuous positive air pressure).

Another treatment is the use of a mouthguard. 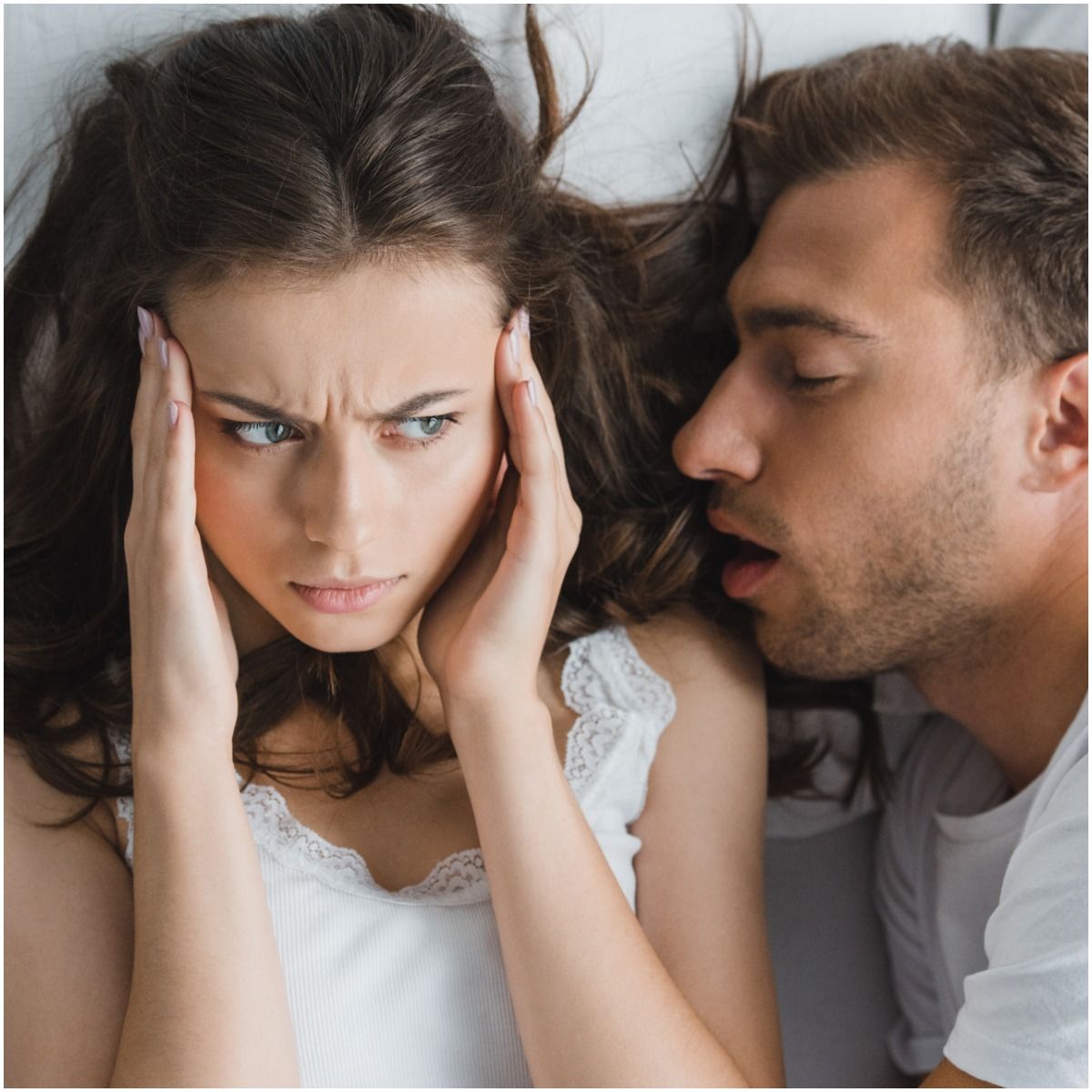 It is the harsh or hoarse sound that occurs when air flows past relaxed tissues in the throat, making the tissues to vibrate during breathing.

Around 45% of adults in the United States snore, according to the American Academy of Otolaryngology.

It is a problem for both genders, however, it is possible that women do not present with this complaint as often as men. Interestingly, men become less likely to snore after the age of 70.

If you regularly snore, you may be at risk for other complications, such as:

Snoring is caused by vibrating tissues within the airways of the throat and nose.

Risk factors that increase the likelihood of snoring include:

Difficulty exhaling indicates a withdrawal into yourself; you no longer have deep aspirations and, in some way, you are waiting for death, waiting for your “last breath.”

This is true especially if you suffer from sleep apnea.

In this case, you feel there is something in the air that does not “smell good.” You feel in danger, even if you can not identify its source and you want to feel safe, like when you were in your mother’s womb.

Give up on things that are not good for you.

Accept that your life changes in many ways and some of your dreams may shatter. It’s time to look forward to the future and confidently take your rightful place in life. 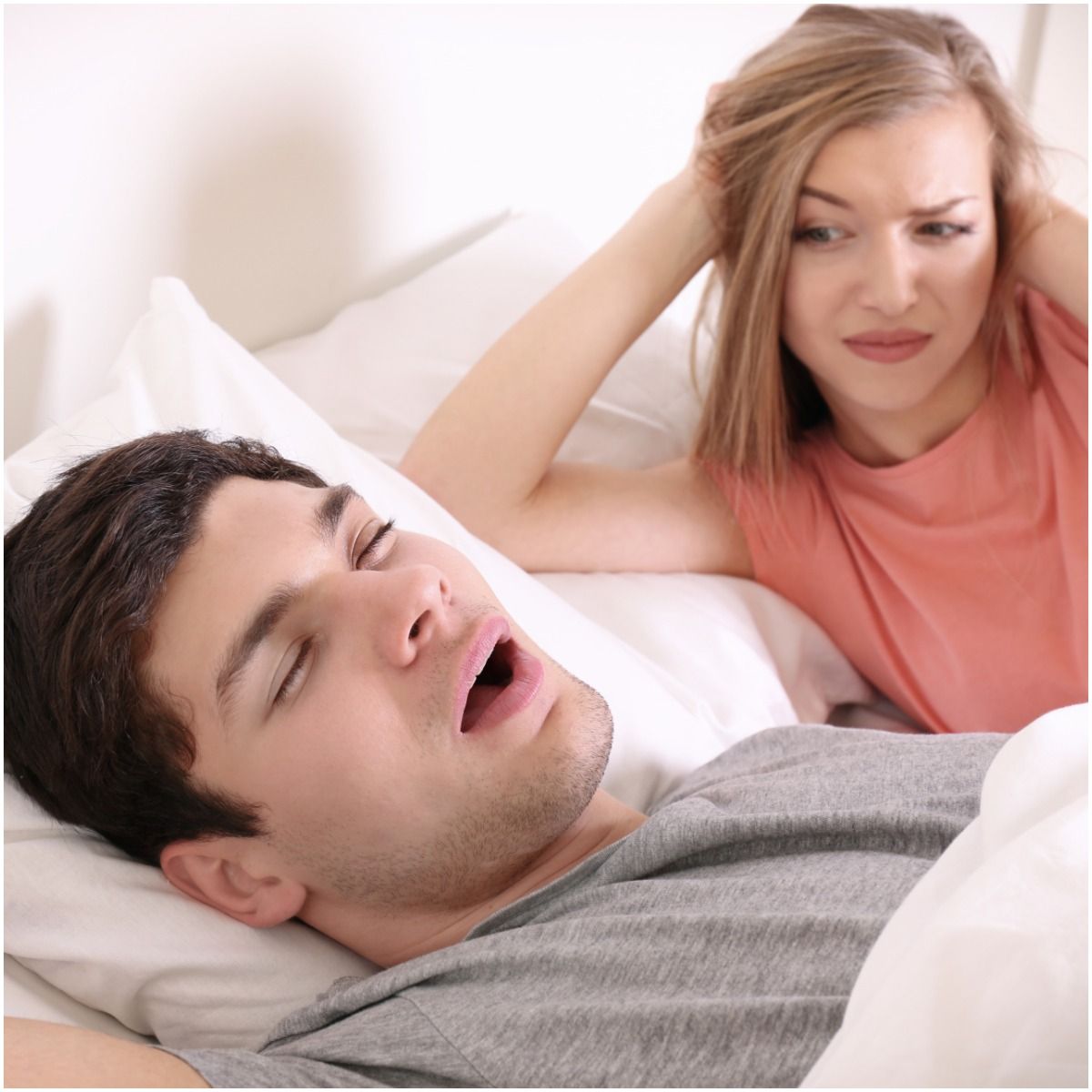 A snorer is a conservative person who has difficulties adapting to new requirements and who doesn’t want to give up anything that she has experienced in the past (ideas, behaviors, clothing, home, etc.).

This individual keeps everything that he has accumulated over time, including old habits which have now become everyday habits.

Therefore, he can not move freely in his current activities.

What this person would like to say during the day and can not, she loudly expresses during the night. She is also dissatisfied with the relationship she is in but does not want to give up her partner.

She thinks she is in danger, and she is convinced that by snoring she can ask for help.

READ THIS NEXT: Spiritual Meaning of Sneezing