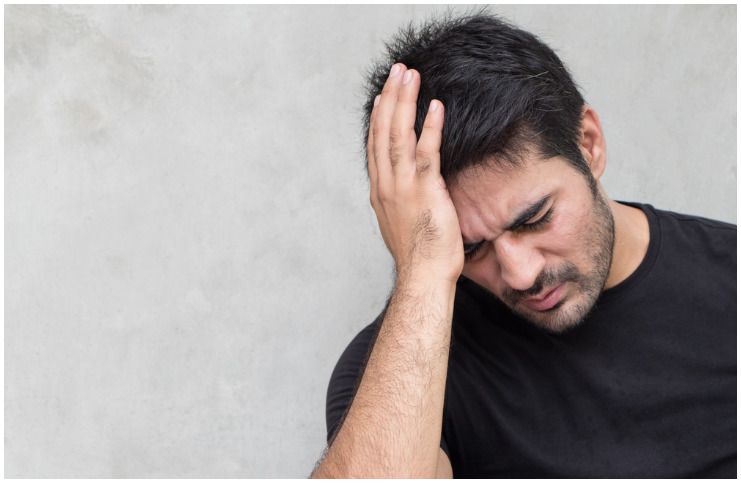 Caffeine is the most widely consumed mood-altering substance on the planet. Natural sources of caffeine include coffee, cocoa beans (chocolate), and tea. There is even a small amount in decaffeinated coffee.

In addition, manufacturers add caffeine to many drinks, foods, supplements, and medicines.

Although there’s plenty of evidence to suggest that a morning cup of coffee can boost productivity and positively influence your health, some people find that caffeine becomes something they need, rather than something they enjoy. It becomes an addiction.

This happens since once you’ve become tolerant to caffeine, you need more and more caffeine to get its strong stimulating effects, and if you don’t consume it, your body goes into withdrawal mode.

Actually, caffeine withdrawal and caffeine intoxication are classified as mental disorders in the American Psychiatric Association’s Diagnostic and Statistical Manual of Mental Disorders.

Note – As little as 100 mg of caffeine per day, the amount in about 12 ounces of coffee, can lead to symptoms of caffeine withdrawal.

If the body becomes dependent on caffeine, eliminating it from the diet can cause withdrawal symptoms which usually begin 12 to 24 hours after stopping caffeine consumption.

Constipation is thought to affect around 20 percent of people in the US, resulting in about 8 million doctor visits a year.

The medical definition of constipation actually requires an individual to have just one of many symptoms which include:

Constipation may occur after halting caffeine intake since caffeine stimulates contractions in the intestines and colon. These contractions help move waste material and food through the gastrointestinal tract.

Individuals who are constipated are frequently told to increase their dietary fiber intake.

This is because increasing dietary fiber intake is thought to increase consistency and the bulk of bowel movements, making them much easier to pass.

Examples of high-fiber foods include:

Being dehydrated regularly can also make you become constipated. To prevent this, it is essential to drink enough water and stay hydrated.

Caffeine withdrawal can cause some individuals to lose their sense of equilibrium and experience vertigo.

The number one complaint from anyone withdrawing from caffeine are headaches which can be disabling. Concentration is impossible, light is suddenly too bright to bear,  and all one wants is relief. Depending on the severity, these headaches can be painful and debilitating, or they can be a mild nuisance.

Many people reach for an over-the-counter drug like Excedrin, Midol, or Anacin (Caffeine 30 MG+Aspirin 400 MG), but this is not recommended since they all contain caffeine.

As you decrease your coffee consumption, take ginseng supplements or add ginseng to your drink. This may be effective in reducing the severity of your headaches since the caffeine headaches you are suffering from are the result of swollen blood vessels, that is why ginseng works as a natural remedy for coffee withdrawal.

Caffeine decreases our perceived exertion during physical activity and increases energy availability. As a result, a cup of coffee can significantly improve physical performance and make you feel like you can do more.

Hence, there is no surprise that the previous energy levels provided by morning coffee are no longer present, giving rise to a lack of energy and feelings of drowsiness.

Blocked sinuses, a stuffy nose, and sinus pressure have all been reported by individuals withdrawing from caffeine.

This symptom manifests between 24 to 36 hours after your last caffeine intake. This happens because when you quit caffeine, your serotonin (a neurotransmitter which helps regulate appetite and digestion, social behavior and mood, and sexual desire) levels will drop and this will have an immediate impact on your mood and consequently, depression sets in.

After several hours without caffeine, everything and everyone seems to be getting on your nerves. It’s best to isolate yourself for a while. Also, you may feel miserable, with diminished contentedness.

The symptoms of caffeine withdrawal should only last between 2 and 9 days, with a peak intensity of the symptoms occurring 24 to 52 hours after caffeine is cut out.

An estimated 50% of people experience caffeine withdrawal symptoms when they eliminate caffeine.

How to Reduce Symptoms

Although many individuals prefer to quit their bad habits suddenly, it is not recommended for caffeine elimination, as quitting caffeine suddenly tends to worsen caffeine withdrawal symptoms notably.

Instead, a good method to taper down your caffeine consumption is by reducing it by about 15% every 14 days.

The advantage is that you shouldn’t have noticeable caffeine withdrawal symptoms while cutting back, and you can slowly replace your caffeinated drinks and foods for decaffeinated or un-caffeinated versions.

In this way, in time, you will completely stop your caffeine consumption, however, it will take several months.

To maintain the proper levels of hydration, it is recommended to drink at least eight 8-oz. glasses of water a day.

Making sure that you get plenty of quality sleep as you get off caffeine can help fight the fatigue you may be feeling.

No doubt, caffeine withdrawal can cause several bad days. But, caffeine does not cause the severity of harmful drug-seeking behaviors or withdrawal as alcohol or street drugs.