#1 “No one is more dangerously insane than one who is sane all the time: he is like a steel bridge without flexibility, and the order of his life is rigid and brittle.”

#2 “To put is still more plainly: the desire for security and the feeling of insecurity are the same thing. To hold your breath is to lose your breath. A society based on the quest for security is nothing but a breath-retention contest in which everyone is as taut as a drum and as purple as a beet.”

#3 “How is it possible that a being with such sensitive jewels as the eyes, such enchanted musical instruments as the ears, and such fabulous arabesque of nerves as the brain can experience itself anything less than a god.”

#4 “Zen does not confuse spirituality with thinking about God while one is peeling potatoes. Zen spirituality is just to peel the potatoes.”

#8 “Every intelligent individual wants to know what makes him tick, and yet is at once fascinated and frustrated by the fact that oneself is the most difficult of all things to know.”

#10 “We are living in a culture entirely hypnotized by the illusion of time, in which the so-called present moment is felt as nothing but an infinitesimal hairline between an all-powerfully causative past and an absorbingly important future.”

#11 “I have realized that the past and future are real illusions, that they exist in the present, which is what there is and all there is.”

#12 “You are an aperture through which the universe is looking at and exploring itself.”

#13 “The only way to make sense out of change is to plunge into it, move with it, and join the dance.”

#14 “Muddy water is best cleared by leaving it alone.”

#15 “The meaning of life is just to be alive. It is so plain and so obvious and so simple. And yet, everybody rushes around in a great panic as if it were necessary to achieve something beyond themselves.”

#16 “This is the real secret of life — to be completely engaged with what you are doing in the here and now. And instead of calling it work, realize it is play.”

#17 “Man suffers only because he takes seriously what the gods made for fun.”

#18 “We seldom realize, for example, that our most private thoughts and emotions are not actually our own. For we think in terms of languages and images which we did not invent, but which were given to us by our society.” 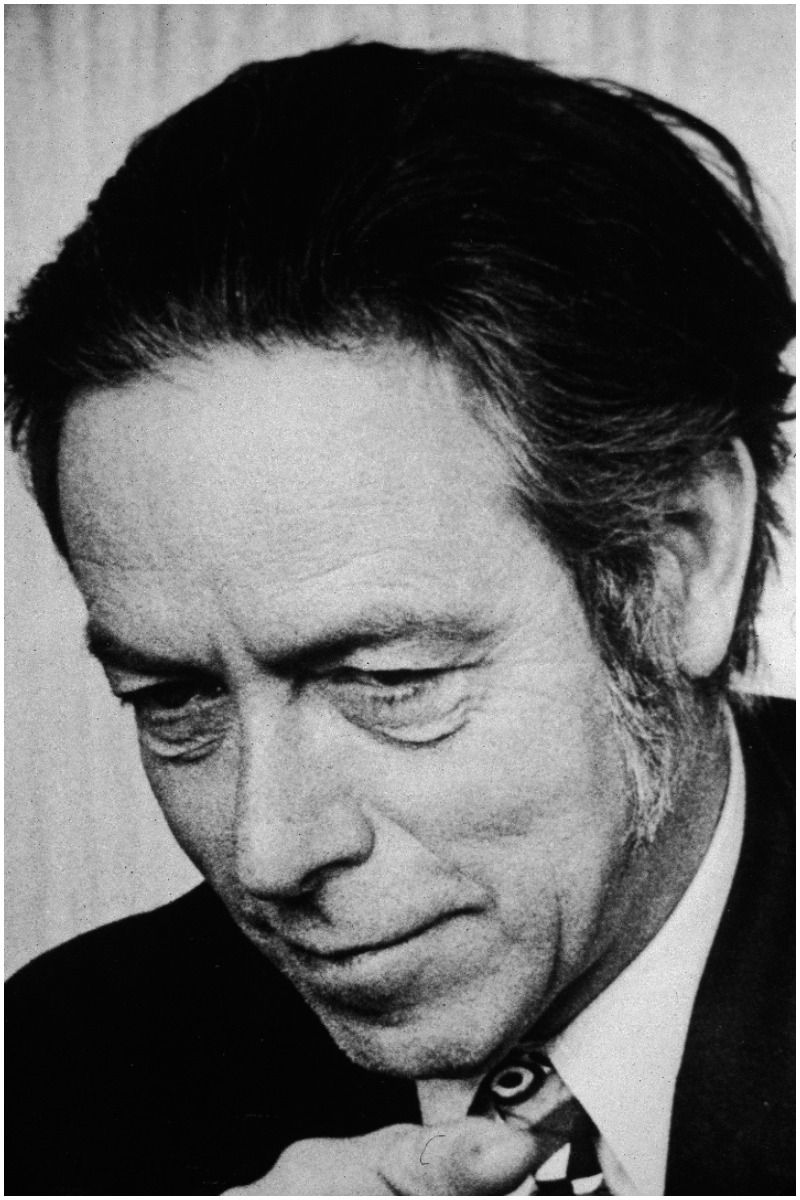 #19 ”The style of God venerated in the church, mosque, or synagogue seems completely different from the style of the natural universe.”

#20 ”So the bodhisattva saves all beings, not by preaching sermons to them, but by showing them that they are delivered, they are liberated, by the act of not being able to stop changing.”

#21 ”In other words, a person who is fanatic in matters of religion, and clings to certain ideas about the nature of God and the universe, becomes a person who has no faith at all.”

#22 ”And although our bodies are bounded with skin, and we can differentiate between outside and inside, they cannot exist except in a certain kind of natural environment.”

#23 ”The difficulty for most of us in the modern world is that the old-fashioned idea of God has become incredible or implausible.”

#24 ”Religion is not a department of life; it is something that enters into the whole of it.”

#25 ”If you study the writings of the mystics, you will always find things in them that appear to be paradoxes, as in Zen, particularly.”

#27 ”Technology is destructive only in the hands of people who do not realize that they are one and the same process as the universe.”

#28 ”A myth is an image in terms of which we try to make sense of the world.”

#29 ”In known history, nobody has had such capacity for altering the universe than the people of the United States of America. And nobody has gone about it in such an aggressive way.”

#32 “A priest once quoted to me the Roman saying that a religion is dead when the priests laugh at each other across the altar. I always laugh at the altar, be it Christian, Hindu, or Buddhist, because real religion is the transformation of anxiety into laughter.”

#33 ”Trying to define yourself is like trying to bite your own teeth.”

#34 ”The reason we want to go on and on is because we live in an impoverished present.”

#35 ”The moralist is the person who tells people that they ought to be unselfish, when they still feel like egos, and his efforts are always and invariably futile.”

#36 ”What the devil is the point of surviving, going on living, when it’s a drag? But you see, that’s what people do.”

#38 ”You are that vast thing that you see far, far off with great telescopes.”

#39 ”We identify in our experience a differentiation between what we do and what happens to us.”

#40 ”The myths underlying our culture and underlying our common sense have not taught us to feel identical with the universe, but only parts of it, only in it, only confronting it – aliens.”

#41 ”So then, the relationship of self to others is the complete realization that loving yourself is impossible without loving everything defined as other than yourself.”

#42 ”But at any rate, the point is that God is what nobody admits to being, and everybody really is.”

#43 ”Omnipotence is not knowing how everything is done; it’s just doing it.”

#44 ”But I’ll tell you what hermits realize. If you go off into a far, far forest and get very quiet, you’ll come to understand that you’re connected with everything.”

#45 ”Never pretend to a love which you do not actually feel, for love is not ours to command.”

#46 ”No valid plans for the future can be made by those who have no capacity for living now.”

#48 ”Things are as they are. Looking out into it the universe at night, we make no comparisons between right and wrong stars, nor between well and badly arranged constellations.”

#49 ”No work or love will flourish out of guilt, fear, or hollowness of heart, just as no valid plans for the future can be made by those who have no capacity for living now.”

#51 ”To have faith is to trust yourself to the water. When you swim you don’t grab hold of the water, because if you do you will sink and drown. Instead, you relax, and float.”

READ THIS NEXT: Quotes About Dreaming Big