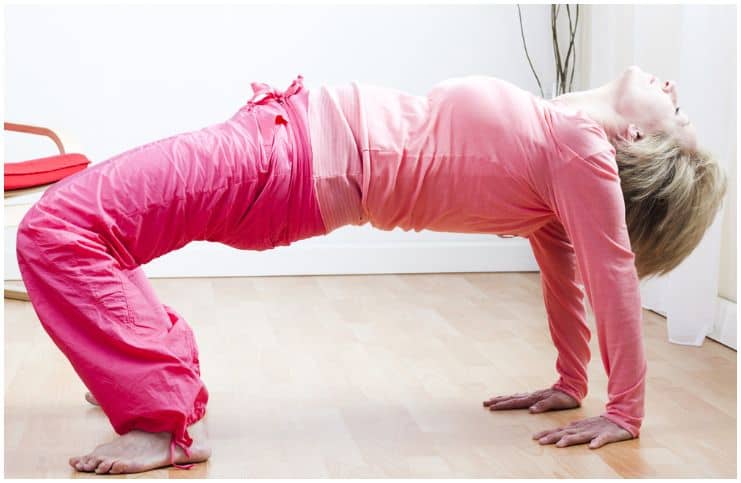 It was first published in the west by Peter Kelder in a small book called The Eye of Revelation (1939).

More than 2 million copies of various versions of Kelder’s book have been published.

“a genuine form of yoga and were originally taken from an authentic Indo-Tibetan tantric lineage, namely a cycle of yantra-yoga associated with the Sadnadapadadharma.”

Also, The Five Tibetan Rites seem to originate from Kum Nye (system of exercises from Bon tradition) which, like the Rites, are more than 2,500 years old.

“The issue at hand, though, is not the lineage of the Five Tibetans. The point is their immense potential value for those who will clear 10 minutes a day to practice.”

Some practitioners also recommend taking caution before performing the Rites due to the possibility of aggravating certain health conditions such as any type of heart problem, multiple sclerosis, severe arthritis of the spine or uncontrolled high blood pressure.

Problems may also be caused if you are taking drugs that cause dizziness.

There are no contraindications in colonel book.

“Since I know of no studies or research that makes a compelling argument to avoid inversions (Rite No 5) during menstruation, and since menstruation affects each woman differently and can vary from cycle to cycle, I am of the opinion that each woman is responsible for making her own decision.”

”The bottom line is that hatha yoga is full of contradictions and varied opinions, leaving each of us ultimately responsible for our own choices. Pay attention to your body and discover what works and what doesn’t — not just during your period but every day.”

This also applies to women who want to do The Five Tibetan Rites during pregnancy (I don’t recommend doing T5T in the last three months).

About Performing The Five Tibetans

More recently, Chogyal Namkhai Norbu – one of the great living masters of Dzogchen & Tantra – started sharing this profound yoga in the seventies. His book “Yantra Yoga: The Tibetan Yoga of Movement” is available from snowlionpublications.com.

On page 12 of the introduction to this book, it says:

“The Yantra Yoga of Vairocana comprises 108 exercises. The principal section is divided into five series, each with its own breathing technique …”

This is very interesting because The Five Tibetan Rites are 5 movements repeated 21 times each – a total of 105 movements + 3 repetitions of Rite No 6 (if you are practicing it) = Total of 108. A coincidence?

However, once again Vairocana’s text does not explain the significance of the number 108.

The Five Tibetans 21 repetitions should take an average time of 10 minutes (some can do it faster, some can go up to 20 minutes).

“In either event, he should not neglect the other Rites, and above all, he should never strain himself. If he goes about performing the Rites in an easy, interesting manner it will not be too long before he finds everything working out satisfactorily, and that he is doing the Rites the required 21 times a day.”

“Of course, one must practice them every day in order to keep one’s robust vitality. You may skip one day each week, but never more than that. The use of the Five Rites is no hardship at all; it requires less than 10 minutes a day to practice them. If necessary one can get up ten minutes earlier or go to bed ten minutes later.”

“Stand erect with arms outstretched, horizontal with the shoulders. Now spin around until you become slightly dizzy. There is only one caution: you must turn from left to right.”

“Lie full length on rug or bed. Place the hands flat down alongside the hips. Fingers should be kept close together with the finger-tips of each hand turned slightly toward one another. Raise the feet until the legs are straight up. If possible, let the feet extend back a bit over the body toward the head, but do not let the knees bend.

Hold this position for a moment or two and then slowly lower the feet to the floor, and for the next several moments allow all of the muscles in the entire body to relax completely. Then perform the Rite all over again.”

It is very important to connect the breath with the flow of the exercises. During the second rite the breathing should be:

Cause the head to move still further backward. The toes will prevent you from falling over backward. The hands are always kept against the side of the legs. Next, come to an erect (kneeling) position, relax as much as possible for a moment, and perform Rite all over again.”

During the third rite the breathing should be:

“Sit erect on rug or carpet with feet stretched out in front. The legs must be perfectly straight — back of knees must be well down or close to the rug. Place the hands flat on the rug, fingers together, and the hands pointing outward slightly. Chin should be on the chest — head forward.”

“Now gently raise the body, at the same time bend the knees so that the legs from the knees down are practically straight up and down. The arms, too, will also be vertical while the body from shoulders to knees will be horizontal.

During the fourth Rite breathing should be:

Breath in raising your body, breath out returning back to sitting position.

“When the body is pressed up to complete horizontal position, tense every muscle in the body.”

“Place the hands on the floor about two feet apart. Then, with the legs stretched out to the rear with the feet also about two feet apart, push the body, and especially the hips, up as far as possible, rising on the toes and hands. At the same time, the head should be brought so far down that the chin comes up against the chest.

Next, allow the body to come slowly down to a ‘sagging’ position. Bring the head up, causing it to be drawn as far back as possible.”

During the fifth Rite the breathing should be:

Breath in deeply raising your body, breath out as you lower your body.

“The muscles should be tensed for a moment when the body is at the highest point, and again at the lowest point.”

The sixth Tibetan Rite is recommended only for advanced practitioners only.

The Five Tibetans benefits include:

According to Peter Kelder:

„What the Rites actually do is this: They start the seven Vortexes spinning at a normal rate of speed; at the speed which is normal for, say, a young, robust, strong, virile person of twenty-five years of age.”

The body has seven centers, which, in English, could be called Vortexes. These are kind of magnetic centers. They revolve at great speed in the healthy body, but when slowed down – well that is just another name for old age, ill-health, and senility.

These spinning centers of activity extend beyond the flesh of healthy individuals, but in the old, weak, senile person, they hardly reach the surface, except in the knees. The quickest way to regain health, youth and vitality is to start these magnetic centers spinning again. There are but five practices that will do this. Anyone of them will be helpful, but all five are required to get glowing results.

More About T5T, But Only For Advanced Practitioners

If you want to do more then 21 repetitions/rite, here is a quote from colonel book The Eye of Revelation:

“However,” continued the Colonel, “we do not carry the whirling exercise to excess. While the Whirling Dervishes may spin around many hundreds of times, we find that greater benefit is obtained by restricting it to about a dozen or so times, or enough so that Rite Number One can stimulate all the Vortexes to action. After several months it can be increased to 20 revolutions. Later to 30, 40, and eventually, after many months, to 50.

When I spoke to one of the Lamas about this he informed me that while this whirling movement of the Dervishes did have a very beneficial effect, yet it also had a devastating one. It seems that a long siege of whirling stimulates into great activity Vortexes ‘A’, ‘B’, and ‘E’. These three have a stimulating effect on the other two – ‘C’ and ‘D’.

But due to excessive leg action, the Vortexes in the knees ‘F’ and ‘G’ are over-stimulated and finally so exhausted that the building up of the Vital Forces along with this tearing down causes the participants to experience a kind of ‘psychic jag’ which they mistake for something very spiritual.”