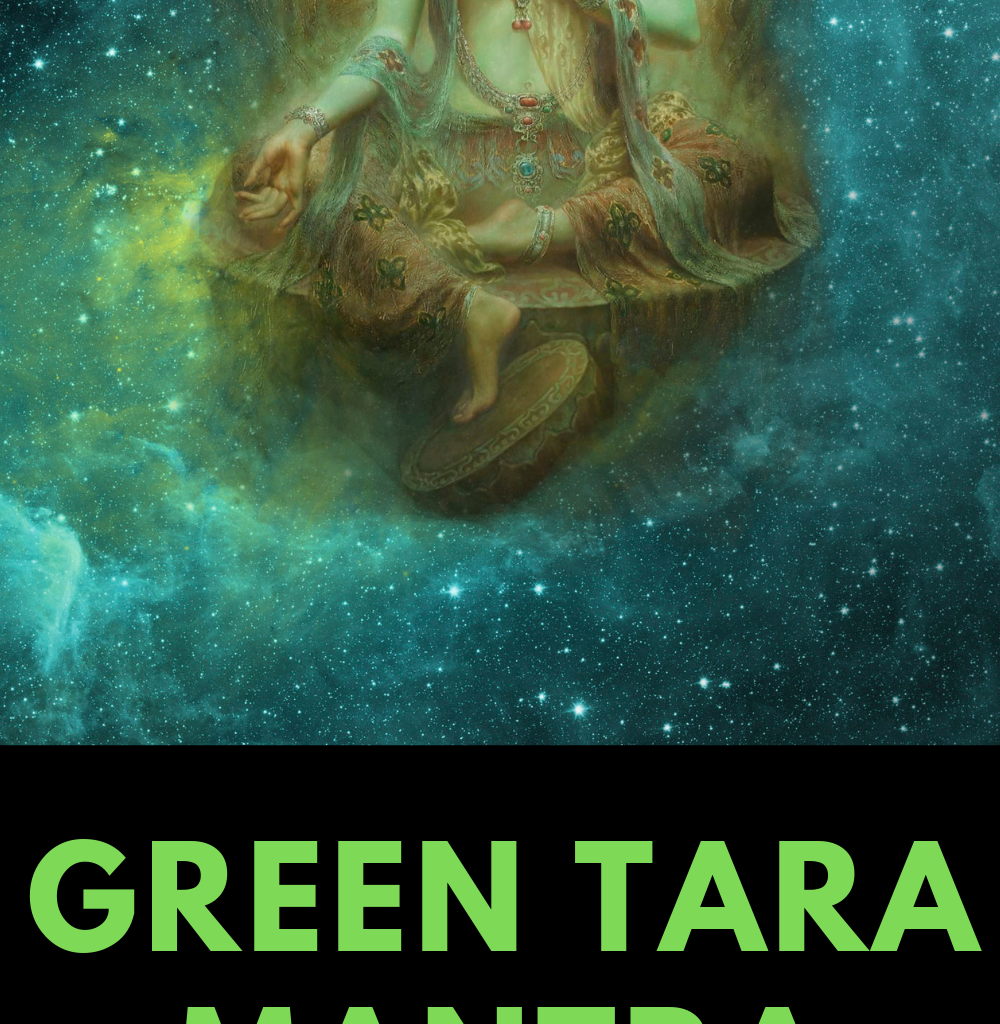 I prostrate to the Liberator, Mother of all the Victorious Ones.

Covered in mystery, revealed in splendor, the Great Goddess was worshiped for millennia. Sculptures found in prehistoric caves dated 30,000 years ago have shown that Tara has been worshiped since ancient times.

The original bronze statue, which is dated to the 7th or 8th century AD, was found in the northeastern province of Lanka between Trincomalee and Batticaloa. The total height of the statue is 143.75 cm.

Before Buddhism adopted the Goddess, She was worshiped in Hinduism as a manifestation of the Goddess Parvati, which is one of the many forms of Shakti, the unknowable but enlivening feminine force.

The feminine principle was not venerated in Buddhism until the fourth century CE, and Goddess Tara probably entered Buddhism around the 6th century CE.

A Taranatha Tibetan treatise mentions that long before, in a universe called the Divided Light, there was a princess named Jnana-candra who was extremely devoted to Buddha.

Every day she would bring offerings to the Dundubhisvara Buddha and the Sangha community, thus reaching a high level of Bodhicitta.

Absolute Bodhicitta, according to Gampopa (Milarepa’s disciple), is emptiness, inseparable from compassion – bright, firm, and impossible to define by concepts.

Relative Bodhicitta appears through a glimpse of the absolute one. It consists of the inner impulse to follow the Path to Enlightenment and work through compassion for the release of all beings from Samsara. Full of compassion, she aspired to obtain enlightenment for the benefit of all beings. 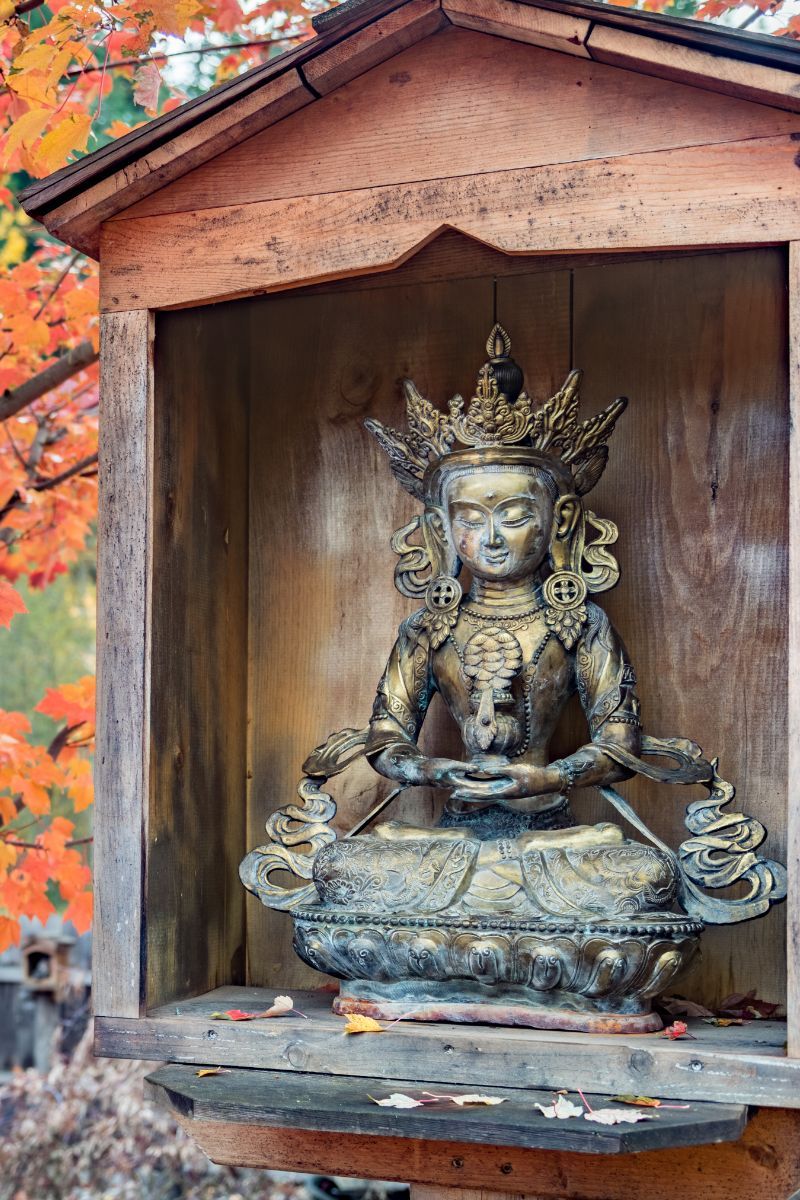 Disciples suggested her to pray for reincarnation as a man so that she would progress as a Bodhisattva and possibly become a Buddha. Finally, princess Jnana-candra says:

Nor ego, nor individual and nor conscience.

The name “man” or “woman” has no consistency,

But brings confusion into the ordinary human mind.” 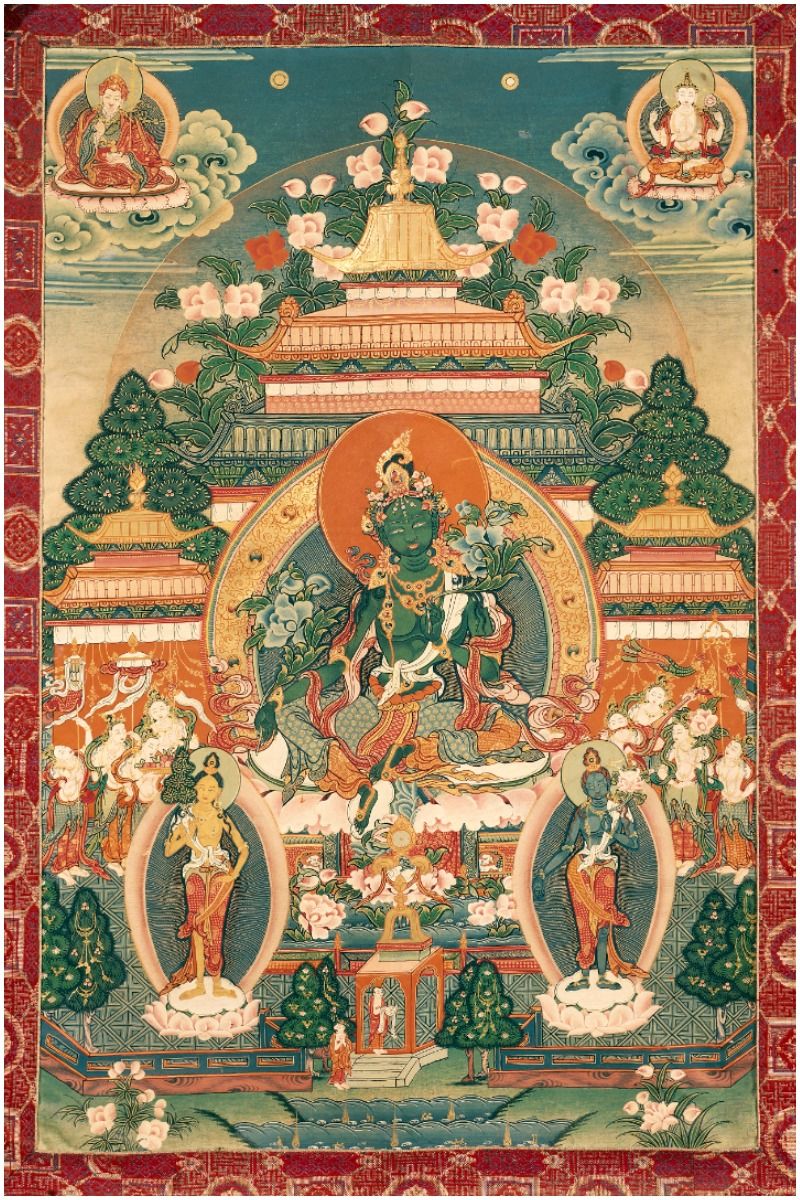 The symbols of Tara are interesting for a few reasons. Green Tara is seated on a white moon-disk. Her green coloring symbolizes the active function of the fully-enlightened being.

The moon is resting upon a lotus. The moon represents her peacefulness. The lotus represents her freedom from any defilement, just as the lotus rises out of the mud of the swamp, but the blossom itself is undefiled and pure.

In her right hand, the Goddess is illustrated holding a blue lotus, at chest level. This hand, holding the blue lotus, is also in the teaching mudra.

The blue lotus is a flower that blooms only at night, which is thoughtful of the idea that Goddess Tara offers the greatest protection during heightened times of darkness and fear.

The left hand is held up, again with the palm facing outward, and grasping the uptala lotus. This is Abhaya Mudra, which is the gesture of refuge and fearlessness, which dispels fear and accords bliss and divine protection.

Her left leg is withdrawn in the Lotus pose, to signifies her mastery of Insight and detachment from the five emotional defilements.

Her right leg is in the euro-posture in front of her body, somewhat bent, with her foot on a lotus blossom. This position signifies her ability to spring into action, to act quickly for the compassionate protection of all sentient beings.

She makes the following covenant:

“There are many beings who want Enlightenment
in a man’s body, but no one wants
to be helpful to the sentient beings
in a female body.

So, until Samsara will be empty,
I will help sentient beings
Remaining in a woman’s body!”

The significance of the word ”Tara.” 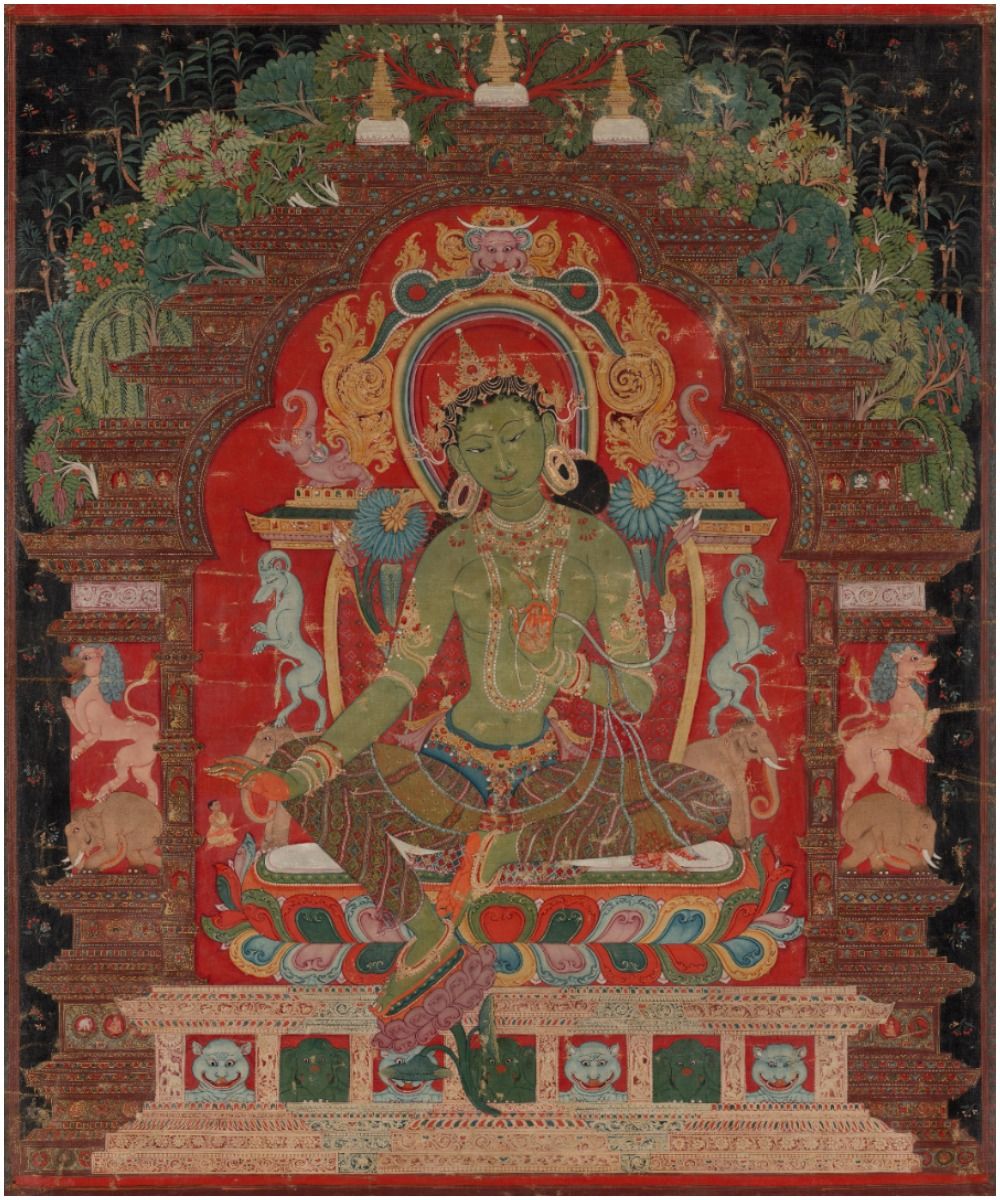 Etymologically, the word Tara means “savior” or “liberator,” and it derives from the Sanskrit root “tri,” which refers to the crossing (over something), such as: to cross a river, a sea, or a mountain or to overcome any difficult situation.

Therefore, in an esoteric approach, we can say that the great goddess Tara is always invoked when faced with dangerous situations, sometimes on edge or when we must decide in favor of one out of other possibilities we have available (for instance, when we are at a crossroads and we are not sure in which direction we need to go further, or when we have to decide on a destination from several options, etc.).

On the other hand, in esoteric terms (initiation, occult), Tara represents the knowledge that saves. So, the deep significance of the goddess as a Savior is that she gives the deserving disciples boundless divine wisdom, which frees them from the chains of samsaric suffering.

Another meaning of the word Tara is that of “star,” in the sense that this Great Cosmic Power is a star of our frantic aspiration to God. Therefore, she is both the one that inspires us and our guide on the complicated path of spiritual perfection.

Tara has 21 forms (or aspects), and Green Tara is one of the two main forms (alongside White Tara). Tara of the Teak Forest (Khadiravani Tara) appeared to Nagarjuna and is considered to be the 22nd Tara. All of Tara’s manifestations share one primary characteristic – compassion. Green Tara (or Buddha of enlightened activity) in Tibetan Buddhism is always ready to come to our rescue. 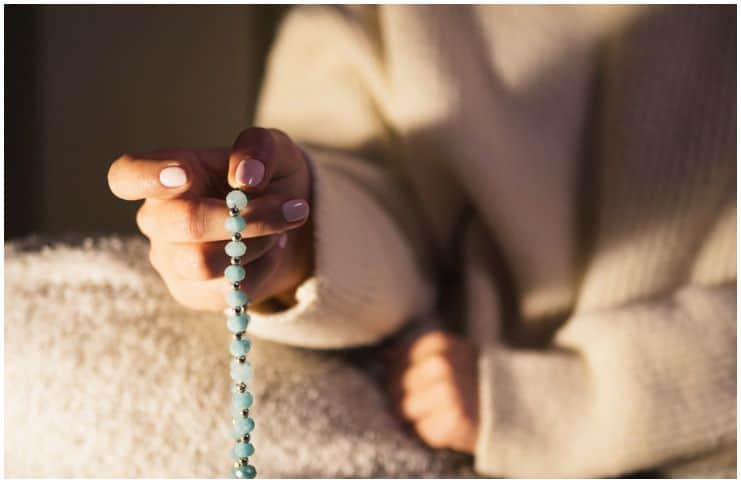 Daily chanting of this mantra benefits you by encouraging you to receive and give loving energy. Raises your level of consciousness, open your heart (Anahata) chakra, also eliminates fear, disease, and anxiety brings peace of mind and prosperity. Still, the main attribute of this mantra is the help we get to overcome unpleasant situations.

According to Tibetan lamas, if we chant Green Tara Mantra with positive and pure intentions, it can help us fulfill our wishes. Connecting with Goddess Tara each day will increase the love and compassion you give to others, and in turn, bring an abundance of blessings and love into your life.

Furthermore, this potent mantra can be chanted to remove obstacles and worries. The Goddess Tara works swiftly to assist you.

Connecting with Goddess Tara is a practice that takes time through sadhana and leads to an enlightening personal experience. If one practices for a long time with a sincere heart and true devotion, then it can happen that tears come to one eye.

We shouldn’t think that the Goddess will throw her blessings our way and help us overcome hindrances only for the asking.

This mantra delivers spiritual benefits faster than any other tantric practice, which is why it is so popular. Sadhanas (spiritual practice) in which Tara is the yidam (meditational deity) can be extensive or quite brief.

Additionally, there may be extra prayers of aspirations and a long-life prayer for the Lama, who originated the practice. Many of the Tara sadhanas are seen as beginning practices within the world of Vajrayana Buddhism; however, what is taking place during the visualization of the deity actually invokes some of the most sublime teachings of all Buddhism.

READ THIS NEXT: White Tara Mantra