Instead of thinking of wealth as selfish (or feeling guilt about its accumulation), believers are said to instead consider the Buddhist concept that wealth can be a virtuous means to help others.

The Buddhist money mantra, “Om Vasudhare Svaha,” is a prayer to the earth goddess, Vasudhara.

Vasudhara, whose name means “stream of gems” in Sanskrit, is the Buddhist Bodhisattva of wealth, prosperity, and abundance.

She is popular in numerous Buddhist countries and is a subject in Buddhist legends and art.

The chant should be repeated 108 times in order to be blessed by deities who will shower them with abundance.

Vasudhara is the embodiment of the divine female, an earth goddess also known as the Bearer of Treasure.

Many practitioners believe that anyone who chants Om Vasudhare Svaha 108 times between sunrise and sunset will be blessed with prosperity.

According to practitioners, on several occasions, the All-Compassionate Buddha shared with us spiritual practices that will enhance our wealth and prosperity, so that His devotees may pursue their spiritual goals with less physical and mundane distraction.

One of the wealth deities introduced by the Gautama Buddha is the Bodhisattva, Vasudhara.

The literally meaning of Vasudhara is „Stream of Treasure” in Sanskrit. 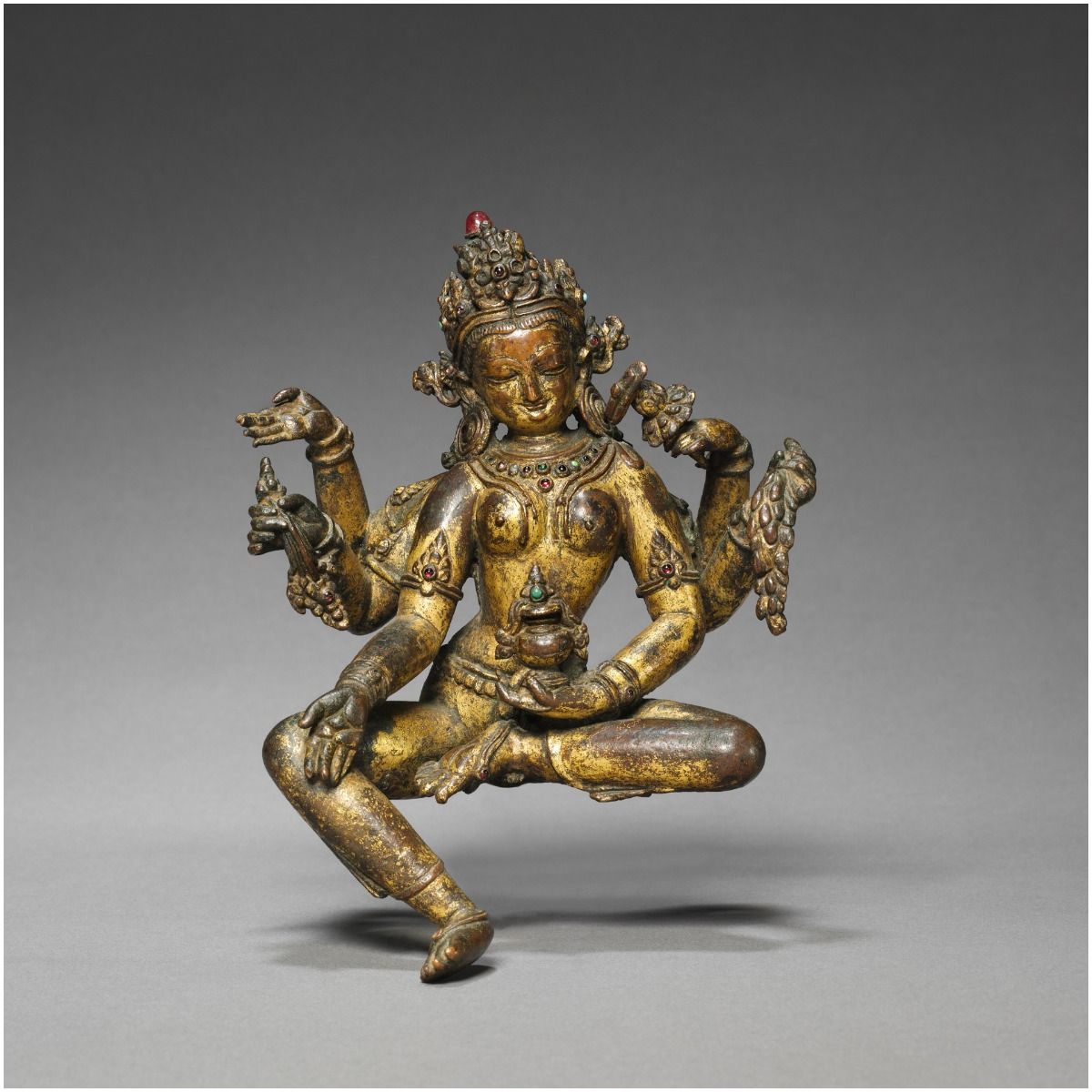 She is also mentioned in the Mahayana sutra, the Vasudhara Dharani.

In Tibetan Buddhism, Bodhisattva Vasudhara (known as Norgyun or Norgyunma in Tibet) is believed to be a primary “Wealth Deity.”

The Tibetan Buddhism Kagyu, Gelug, and Sakya schools include the Bodhisattva in their daily spiritual practices and perform Vasudhara-related pujas mainly for believers.

In Buddhist art, Bodhisattva Vasudhara has a consistent iconography.

She can easily be described as a Bodhisattva by the elaborate headdress and the extensive amount of jewelry she wears.

Her skin has a golden hue in bronze and painted images.

Bodhisattva Vasudhara’s popularity, however, peaks in Nepal where she has a strong following among the Newars of the Kathmandu Valley and is thus a central figure in Newar Buddhism.

The Bodhisattva is given the name Shiskar Apa in the Indian districts of Spiti and Lahul.

She is frequently compared to the Hindu Goddess Lakshmi. As goddesses of wealth, Lakshmi and Vasudhara have a similar iconography and are worshiped and adored for their role in an abundant harvest.

This money mantra should be chanted 108 times in order to be blessed by deities who will shower them with abundance and prosperity.

Its purpose is also to remove obstacles to your practice, such as poverty which might prevent someone from dedicating the time for practice.

The theory is that if we can’t afford to take time off for retreat, or we’re so worried about our bills that we put off our daily practice, we will find practice blocked.

Another theory is that if we’re so poor we have nothing to give to others, how can we practice generosity?

If we can’t even help ourselves, how can we selflessly help others?

Is the Money Mantra Good or Bad?

Many Buddhists may point to monks who renounce the world to defend the notion that poverty is a merit to practice.

For anyone who is at the stage of the path where renunciation is beneficial, some experts say this is certainly of great merit.

Another point made is that these monks depend on the charity of lay followers.

Especially in countries with robust Sanghas of monks, these communities rely on the generosity of others who have the means to give.

It is also said the giving is a practice, but how much more beneficial is it to help as many beings as possible?

The monks give followers a chance to accumulate the positive karma of giving.

Ultimately, it is believed that wealth practice supports dharma practice generally, helps dharma centers, and removes obstacles that arise when followers do not have enough time, money, or other resources.

One teacher of Buddhism, Zasep Rinpoche, asked if there were any dangers to this wealth practice. Rinpoche answered, “There is no danger if the motivation is pure.”

it is very good to me

Thank you! Much needed guidance.