Mantra Of Light – Lyrics in Sanskrit: 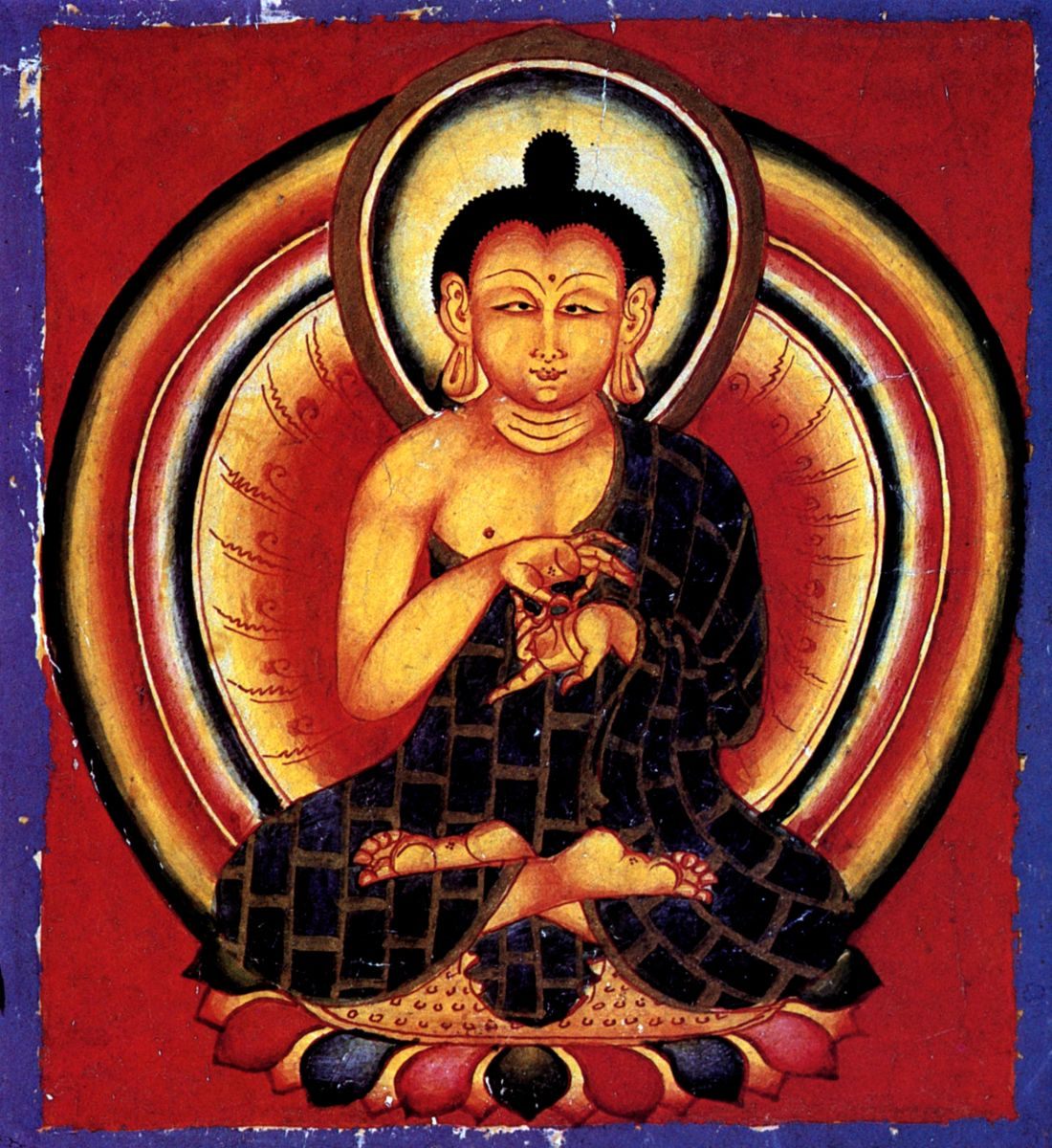 Vairocana (also knows as Vairochana or Mahavairocana) is a celestial Buddha who is often interpreted, in spiritual texts like the Flower Garland Sutra (Avatamsaka Sutra), as the Dharma Body of the historical Gautama Buddha. He is frequently referred to as “the great illuminating one” or ”the all-encompassing Buddha.”

In Chinese, Korean, and Japanese Buddhism, he is also seen as the embodiment of the Buddhist concept of Emptiness.

In the conception of the Five Wisdom Buddhas of Mahayana and Vajrayana Buddhism, Vairocana is at the center and is viewed as a Primordial Buddha. The element of the Buddha is water, and He is associated with the crown (Sahasrara) chakra.

As Chinese Buddhism developed, Vairochana became especially important to the T’ien-t’ai and Huyan schools. He is also mentioned as an epithet of the Gautama Buddha in the Sutra of Meditation on the Bodhisattva Universal Virtue, who resides in a zone called “Always Tranquil Light.”

His importance in China is illustrated by the prominence of Vairocana in the Longmen Grottoes, a formation of limestone rock carved into elaborate statues during the Northern Wei and Tang dynasties.

The large (17.14 meters) Mahavairocana is regarded to this day as one of the most beautiful representations of Chinese art.

In Tibetan tantra, Vairocana represents a kind of omniscience and omnipresence.

“Vairocana is described as the Buddha who has no back and front; he is a panoramic vision, all-pervading with no centralized notion. So Vairocana is often personified as a meditating figure with four faces, simultaneously perceiving all directions.

The whole symbolism of Vairocana is the decentralized notion of panoramic vision; both center and fringe are everywhere. It is the complete openness of consciousness, transcending the skandha of consciousness.”

The doctrinal foundation for the meaning of the Vairocana Buddha is found in the Mahayana Buddhist teaching of the Trikaya (signifying “Three Bodies of the Buddha”).

The Dharmakaya (lit. Truth Body or Reality Body) is a central concept in Mahayana Buddhism (one of two main existing branches of Buddhism) forming part of the Trikaya doctrine that was first expounded in the Saddharma Pundarika Sutra (The Lotus Sutra), composed in the first century B.C.E.

It constitutes the unmanifested, inconceivable aspect of a Buddha according to which all ‘phenomena’ arise and to which they return after their dissolution.

Unlike ordinary unenlightened persons, Buddhas (and arhats or Bodhisattvas) are said not to die (though their physical bodies undergo the cessation of biological functions and subsequent disintegration).

In the Lotus Sutra, Gautama Buddha explains that he has always and will always exist to lead beings to their salvation. This aspect of Buddha is the Dharmakaya, which may be considered the most sublime or truest reality in the Universe.