In contemporary society, many people, including doctors and scientists, are becoming increasingly receptive to completing allopathic medicine with alternative healing methods.

Traditional therapies like acupuncture, Reiki, and traditional Chinese medicine (including Qi Gong) are some of the most famous ancient methods and gaining in popularity.

In recent years, pranic therapy joined these certified methods from the range of holistic therapies.

Prana or ki is the vital energy that maintains life and health in the body.

In Greek, it is called pneuma, in Hebrew ruach, in Polynesian mana, in Japanese ki, in Sanskrit prana, and all mean vital breath.

There are three main sources: 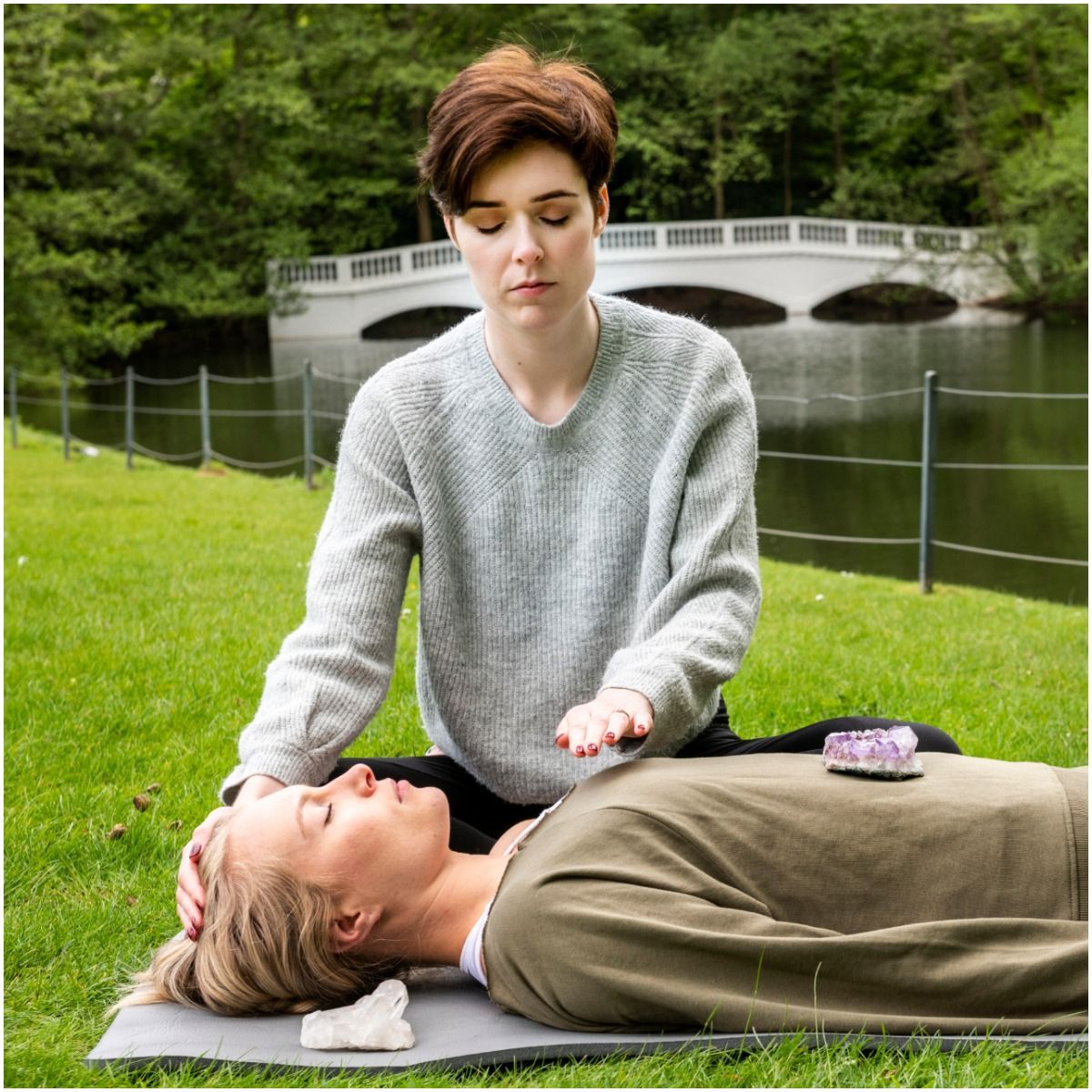 This technique was created by a Chinese-Filipino master in bio-energy, called grand-master Choa Kok Sui.

He has developed this healing method after a careful study of Qi Gong, Kabbalah, Yoga, and Asian martial arts esoteric systems, as he was a fervent practitioner.

Studying these practices, in which there are more or less elaborated healing systems using bio-energy, he has concluded that healing essentially means purification and energization, cleaning impure vital force (energy) from the aura and replacing it with fresh, clean energy.

“Vital energy or prana is everywhere around us.

It is omnipresent, we are actually in an ocean of vital energy. Based on this principle, a healer can attract inward Pranic energy or vital energy from the environment.”

What is this method?

This technique is the science and ancient art of healing the whole body with the help of pranic energy or ki. This involves the manipulation of the patient’s vital energy (prana or ki).

It also involves the transfer of vital energy from the therapist to the patient.

What we call miraculous healing is nothing but increasing the speed of the body’s self-healing.

There is nothing paranormal or supernatural in pranic healing, which is based on simple natural laws, known for thousands of years and now brought into actuality.

Pranic healing is based on the following fundamental principles:

Note – the method is not intended to replace conventional medicine but rather to complement it.

Who can learn and practice?

Any healthy person of average intelligence, with an average concentration power, with an open mind, able to discern, can learn pranic healing in a short time.

This healing method is easier to learn than playing the piano. The basic principles and techniques can be learned in a matter of hours.

How To Manipulate Vital Energy?

Prana or vital energy can be directed through the chakras of hands and fingers.

The learning stages of working with prana are:

Elementary and intermediate pranic healing technique consists in absorbing white prana through one hand’s chakra and passing it to the patient through the chakra of the other hand or fingers.

What are the advanced techniques in this method?

This step is preceded by elementary and intermediate levels. Basically, the steps are the same, except for the fact that the treatment is done with colored prana.

At this level, the absorption of prana can be made using the major chakras (see chakras) dependent on the prana’s color.

Each colored prana has different healing characteristics and is used depending on the condition being treated. Moreover, there are various combinations possible between the colored pranas using different shades of the basic colors.

What can we do with this technique?

“In antiquity, this method was practiced only by a few people from the elite. My job was to develop a highly effective healing system, something that common people could learn in a short period of time.

Anyone can now practice pranic healing. The necessary knowledge to cope with simple illnesses gives power.”

READ THIS NEXT: 14 Energy Healing Techniques You Can Learn

Hello. It is a different technique, aiming the same results.

could you emphasize or detail any connection with Polarity therapy?