#1 ”Women have always ruled my life, be it my mother, my wife, my assistant, or my daughter, so I don’t really fight with them. I relinquished control years ago.”

#2 ”Women rule the world. It’s not really worth fighting because they know what they’re doing.”

#3 ”Benjamin Franklin is credited with so many inventions: the postal system, lightning rods, the constitution. He was a rock star before there was such a thing.”

#4 ”I see the glass as half-full: the internet and social networking are new avenues for the next Bob Dylan to be born on.”

#5 ”I always think I’m the Tom Cruise of music – a lot of success and fans, but no critics, darling.”

#6 ”I pray every day, several times. It soothes me. I don’t ask for anything, except for health.”

#7 ”I try to explain that to my kids – the experience of going to a record store, flipping through racks and finding that album cover that intrigues you – but my kids don’t want to know about it. They download the one song on the album they like, and pay their 99 cents.”

#8 ”Falling in love is painful on the knees.”

#9 ”Find an independent woman-who loves you for you and will be your best friend.”

#10 ”It’s easy to say, ‘I love you,’ to someone, but it’s more meaningful to thank someone for loving you.”

#11 ”There’s not a chance on earth that I’d put on a pair of ripped jeans now. I spent the early years aspiring to make money so I didn’t have holes in them any more.”

#12 ”Just because someone has fancy sneakers doesn’t mean they can run faster.”

#13 ”You better stand tall when they’re calling you out, don’t bend, don’t break, and don’t back down!”

#14 ”Jersey girls have this inner glow that makes them more beautiful than any other girls.”

#16 ”If you wanted to torture me, you’d tie me down and force me to watch our first five videos.”

#17 ”All I have is this guitar, these chords and the truth.” 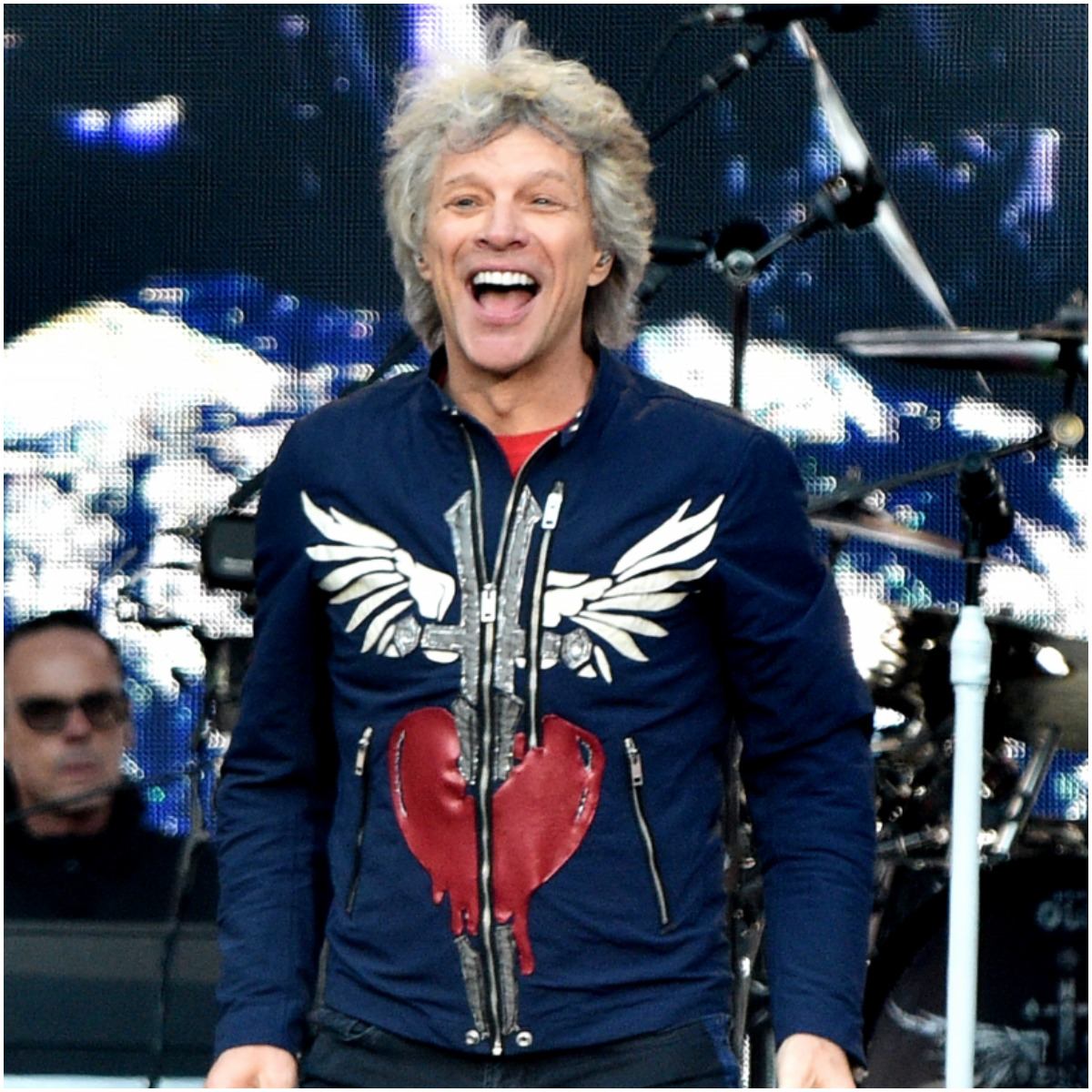 #18 ”My background’s working class. My parents had to work to make ends meet. We don’t come from any sense of privilege.”

#19 ”I don’t work well outside the lines; my report card once read, ‘doesn’t play well with others.’”

#20 ”The gold-mining years of music are dead. The days of selling 30m albums are long gone. I wouldn’t want to be a young, upcoming musician now.”

#22 ”Success is falling nine times and getting up ten.”

#23 ”There’s a vintage which comes with age and experience.”

#24 ”I have many major issues with the church.”

#25 ”Miracles happen everyday, change your perception of what a miracle is and you’ll see them all around you.”

#26 ”The thought of Trump becoming president is distressing. Any horrible reality is possible right now. Did you ever think Brexit would happen?”

#27 ”I’ve spent not only years and millions of dollars but hours and hours and hours of my time doing what I do, and that’s very different from what anyone else is doing.”

#28 ”My philanthropy and what we do at the foundation speaks for itself and has no relation to anyone’s.”

#29 ”I went to a radio station on Long Island in 1982, and thank goodness for me, it was so new that there was no receptionist. So the DJ opened up his booth, and took my tape and listened to it and thought it was a hit song.”

#31 ”I’m not a blood relative of Frank Sinatra, but I’ve always loved that rumor. Who wouldn’t want to be related to the man?”

#32 ”I feel that as a politician, fifty percent of people would hate you before you even left the house.” 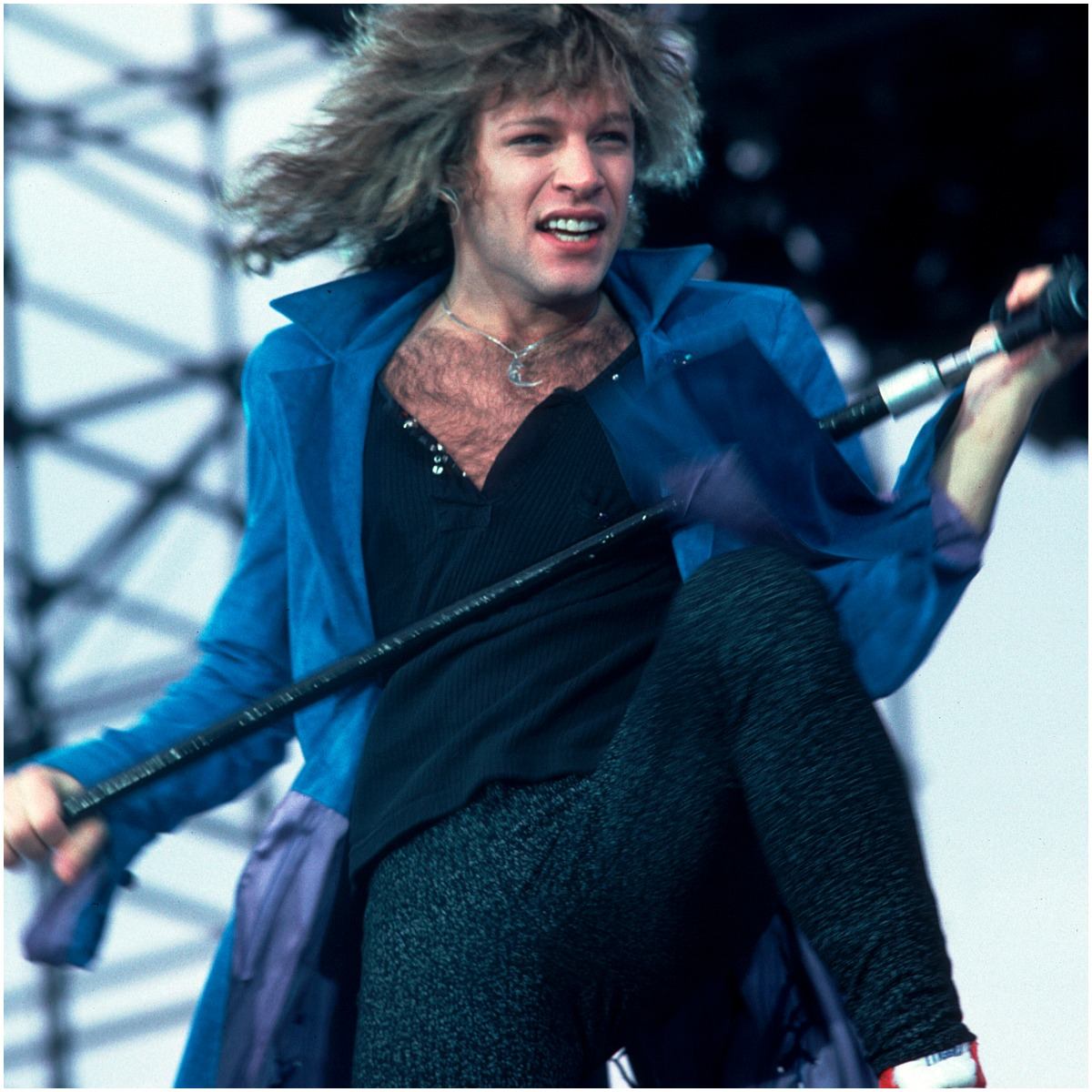 #35 ”You’ve got to travel the world, see different places, meet different people and be exposed to different cultures.”

#37 ”I went to Catholic school in and out. I’m what you call a recovering Catholic.”

#38 ”I get bored of singing my greatest hits. Do I really need to sing “Livin’ on a Prayer” one more time? Yes. Forever and ever, yes – and the thought of that depresses me. I have to reconcile that.”

#39 ”I think it’s horrific we live in that world and I can tell you I’ve never given sixty seconds of my life, ever, to one of those ‘Housewives of blah blah’ or Kardashians.”

#40 ”There are those who advocate, and those who do. I’m not trying to slight my peers, but there is a difference between using a soapbox and actually getting your hands dirty.”

#41 “If you could see yourself the way that others do, you’d wish you were as beautiful as you.”

#42 ”You just stay the course, and do what it is that you do, and grow while you’re doing it. Eventually, it will either come full circle, or at least you’ll go to bed at night happy.”

#44 ”Fame is a bitch. At least it is initially. It’s a sort of trauma you go through when you first have success.”

#45 ”The Rolling Stones set the bar to where I look to as a band. But I don’t envision myself touring in the way they do. My knees won’t hold out.”

#47 ”Don’t get too comfortable with who you are at any given time – you may miss the opportunity to become who you want to be.”

#48 ”My philanthropy is no relation to anybody else’s. None.”

#49 ”There’s not a platinum record hanging in my house anywhere. It doesn’t exist here. I’m over it.”

#50 ”I was lucky enough to have both parents around who were really loving, and two younger brothers, and we were a happy, working-class family.”

#51 ”What drew me to politics in the first place was the fact that I wanted to have a place to take a stand and use my voice to express what I believed in.”

#52 ”People I admired like Janis Joplin, Jimi Hendrix and John Belushi all died at 27. I’ve got jeans older than that.”

#53 ”We’ve been gone five years and the best they could come up with was boy bands?”

#55 ”Here’s my take on Trump. The one demographic he’s currently leading in is the white, older, somewhat educated male. That demographic are coming from a place of disappointment and fear.”

#56 ”People had come to me over the years, saying, “Why don’t you get into movies?” But the truth is, I had too much respect for acting and actors to think that just because I was a singer in a rock band I could do this.”

#58 ”If you were to ask me about a mistake I have made, it’s calling my fourth album, ‘New Jersey’, because for the first time in my life, we were compared to the E Street Band.”

#61 ”I want to own an NFL franchise. I understand the business of football.”

#62 ”Growing up in the suburbs of New Jersey was never a source of angst for me. My childhood was very blue-collar, average and good.”

#63 ”For years, I’ve had a hankering for the portrait of Benjamin Franklin by Joseph Duplessis.”

#64 ”I was just another long-haired teenage kid with visions of grandeur, strumming a tennis racket or a broom in front of his bedroom mirror.”

#65 ”I’ve always wanted what I couldn’t have. I hope and dream that someday – that I’d find out what love is all about. I sure grew up tonight the hard way.”

#66 ”I should have canceled but there was not a chance in hell. The shit I went through on that last tour. I have earned this grey hair.”

#67 ”My real friends and my family know that if I’m not working I’m miserable. It’s not for monetary reasons. I already have fame and fortune.”

#69 ”Same thing with It’s My Life or Always. There have been songs that were so different than what was on the radio, that who knew?”

#70 ”We are at a crossroads in the music business: with the rise of the internet, the world we live in has changed, and the past is not coming back.”

#71 ”Guys will take one pair of jeans, five T-shirts and three pair of socks and that’ll get you by for 10 weeks.”

#73 ”Piano playing is a dying art. I love the fact that I can be one guy with one instrument evoking an emotional and musical experience.”

#74 ”When you’re a kid and you have nothing else to do and nowhere else to go, living out of a suitcase is not only romantic but it’s smart because you need to go out there and learn to work in front of audiences around the globe.”

#75 ”You know these love letters mix with whiskey, just don’t light a match when you kiss me.”

#77  ”It’s funny because when I grew up – see, the way you got punished after – you know, you can get the belt. You can get a backhand here and there. But the worst punishment in my house – the worst – was you’re getting a haircut.”

#78 ”Nothing is as important as passion. No matter what you want to do with your life, be passionate.”

#79 ”The only thing I like more than my wife is my money, and I’m not about to lose that to her and her lawyers, that’s for damn sure.”