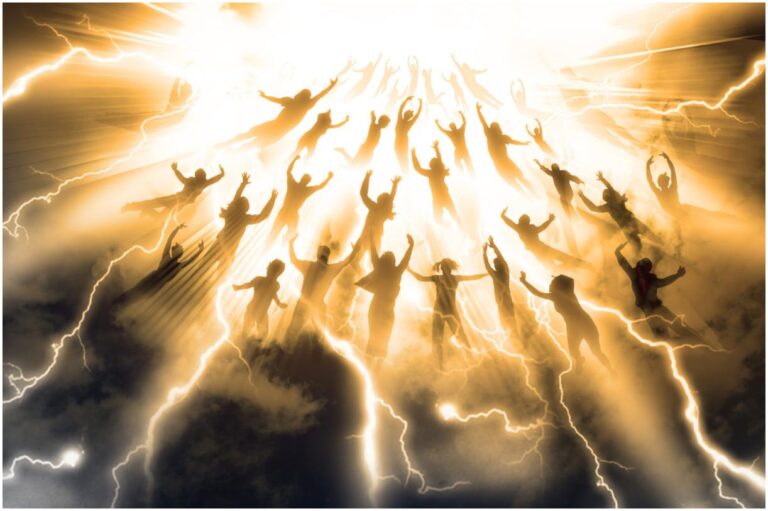 List Of 16 Movies and TV Series About The Rapture:

”Final: The Rapture” is the tale of four separate stories woven together by a common theme: the Rapture.

The film was directed by Timothy A. Chey.

”Sunday Morning Rapture” is a Bible-based film that details the second coming of Jesus Christ.

The film stars James Brown II, Herb Bowens, and Lurrene Beard. It was written by Eric Luis Ayala and directed by William Sheals.

”Rapture-Palooza” is a supernatural comedy film that follows a couple who battles their way through a religious apocalypse.

It was directed by Paul Middleditch and written by Chris Matheson.

”The Mark” is a Christian film about the Rapture. The film stars Art Supawatt Purdy as Jock, Craig Sheffer as Chad Turner, Byron Gibson as Jenson, Eric Roberts as Cooper, and Gary Daniels as Joseph Pike.

It was directed by James Chankin.

A sequel titled The Mark 2: Redemption was released in 2013.

”Before the Wrath” presents newly uncovered evidence from the time of Christ about the time the Rapture will occur.

The film stars Kevin Hayer, Sean Ardalan, and Kevin Sorbo. It was written and directed by Brent Miller Jr.

”This Is the End” is an apocalyptic comedy horror film set in the wake of a global biblical apocalypse.

The film was written, directed, and co-produced by Evan Goldberg and Seth Rogen.

”The Moment After” is a Christian film that follows FBI agents who are caught up in the world of the Rapture.

The film was made for less than $250,000. It was directed and written by Wes Llewelyn. The film stars Kevin Downes and David A. R. White.

”The Second Coming of Christ” tells the story of a woman scientist who discovers that true Faith can bring Miracles.

”The Leftovers” is a supernatural mystery drama TV series that begins 3 years after a global event that resulted in the disappearance of 2 percent of the world’s population.

The TV series has been compared favorably to Lost. The musical score is composed by Max Richter.

”The Prodigal Planet” is a Christian end-times film based on an evangelical interpretation of Bible prophecy and the rise of the Antichrist.

It is the fourth film in the Thief in the Night series.

READ MORE: The Best Mythology Movies You Need To See

”The Remaining” is an apocalyptic horror film about a group of friends that examine their lives after the Apocalypse strikes.

It was directed by Casey La Scala.

READ MORE: Which is the best movie on Jesus Christ?

”The Rapture” begins with the news that people are suddenly disappearing. Later, it was reported that a supercomputer will be used to track the survivors.

The film stars Dallas Holm. It was written by Joe Musser.

”Left Behind” is an apocalyptic thriller film based on the 1995 novel of the same name written by Jerry B. Jenkins and Tim LaHaye.

It was written by John Patus and Paul LaLonde and directed by Vic Armstrong.

The plot of ”Vanished” takes place in a world where millions of people are vanishing.

It stars Kay Valley, John Hagee, and Sharon Brown. The film was written by John Hagee and directed by André van Heerden.

READ MORE: Films About The End Of The World

”Revelation Road: The Beginning of the End” follows a traveling salesman in his quest to complete his last sale.

It was written by Gabriel Sabloff and Sean Paul Murphy.

READ THIS NEXT: Movies About Moses