The Hippocratic Oath is perhaps the best known medical text in Greek antiquity. The graduate who has just finished training in this profession is asked to swear by several gods that he will meet certain standards of professional ethics.

Also, the oath binds the disciple to his teacher and the guild of physicians, with responsibilities similar to those of a family member, asking him absolute loyalty. Over the centuries that followed, the Hippocratic Oath has been rewritten many times, being adapted to the values of different cultures.

But, contrary to popular belief, not all modern medical universities are required to take the Hippocratic Oath at the end of the training.

However, most do, using a modern version that fits the way this profession is conceived and practiced in the XXI century. For instance, the Hippocratic Oath today doesn’t explicitly advise “do no harm.”

But first, let’s see how this oath sounded in its original version:

”I swear by Apollo the physician, and Asclepius, and Hygieia and Panacea and all the gods and goddesses as my witnesses, that, according to my ability and judgment, I will keep this Oath and this contract:

To hold him who taught me this art equally dear to me as my parents, to be a partner in life with him, and to fulfill his needs when required; to look upon his offspring as equals to my own siblings, and to teach them this art, if they shall wish to learn it, without fee or contract; and that by the set rules, lectures, and every other mode of instruction, I will impart a knowledge of the art to my own sons, and those of my teachers, and to students bound by this contract and having sworn this Oath to the law of medicine, but to no others.

I will use those dietary regimens, which will benefit my patients according to my greatest ability and judgment, and I will do no harm or injustice to them.

In purity and according to divine law, will I carry out my life and my art?

I will not use the knife, even upon those suffering from stones, but I will leave this to those who are trained in this craft.

Into whatever homes I go, I will enter them for the benefit of the sick, avoiding any voluntary act of impropriety or corruption, including the seduction of women or men, whether they are free men or slaves.

Whatever I see or hear in the lives of my patients, whether in connection with my professional practice or not, which ought not to be spoken of outside, I will keep secret, as considering all such things to be private.

So long as I maintain this Oath faithfully and without corruption, may it be granted to me to partake of life fully and the practice of my art, gaining the respect of all men for all time. However, should I transgress this Oath and violate it, may the opposite be my fate.” 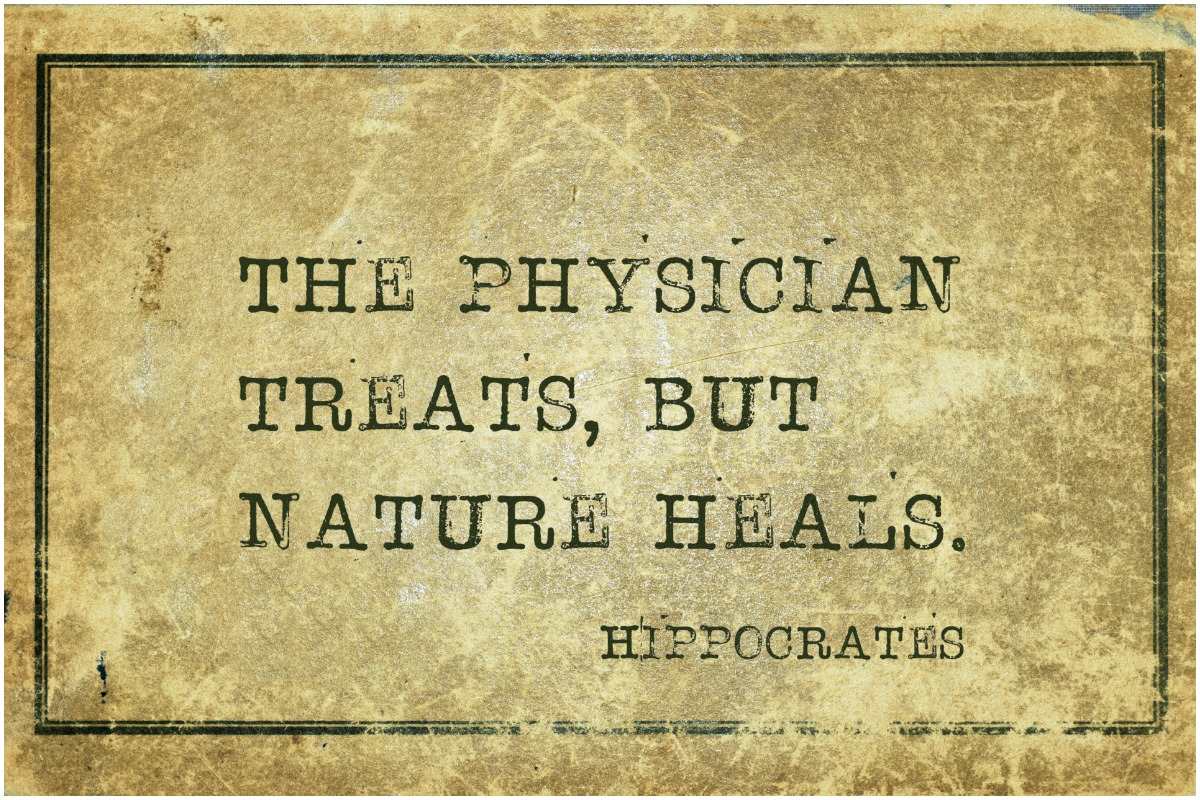 Who wrote the Hippocratic Oath?

We are told that Hippocrates (460 -370 BC), a Greek physician known as the “father of medicine,” wrote this set of rules of high professional ethics, which physicians today still follow.

The text itself invalidates the claim that Hippocrates is the author of the oath that bears his name. In reality, no one can say precisely who wrote it, but there are a number of reasons to doubt that the oath was written by Hippocrates.

Firstly, there is the way the oath starts: by invoking deities. It is known that Hippocrates was the first man to separate medicine from religion, seeking physical causes for disease, not supernatural.

Also, some of the things prohibited by the oath contradict the practice of medicine in the days of Hippocrates. For example, neither the law nor the most religious norms of that time did not prohibit abortion nor condemn suicide.

Those who were taking the oath used to promise to leave the surgical procedure in the care of surgeons. However, surgical techniques are the subject of an important part of the “Hippocratic Collection” – medical writings attributed both to Hippocrates and other ancient writers.

It is, therefore, likely that the Hippocratic Oath was not actually written by the Greek physician. The ideas expressed in the oath seem to be closer to the philosophy of Pythagoreans of the fourth century BC, which had adopted certain rules concerning the sanctity of life and did not agree with surgery.

The modern version of the Hippocratic Oath 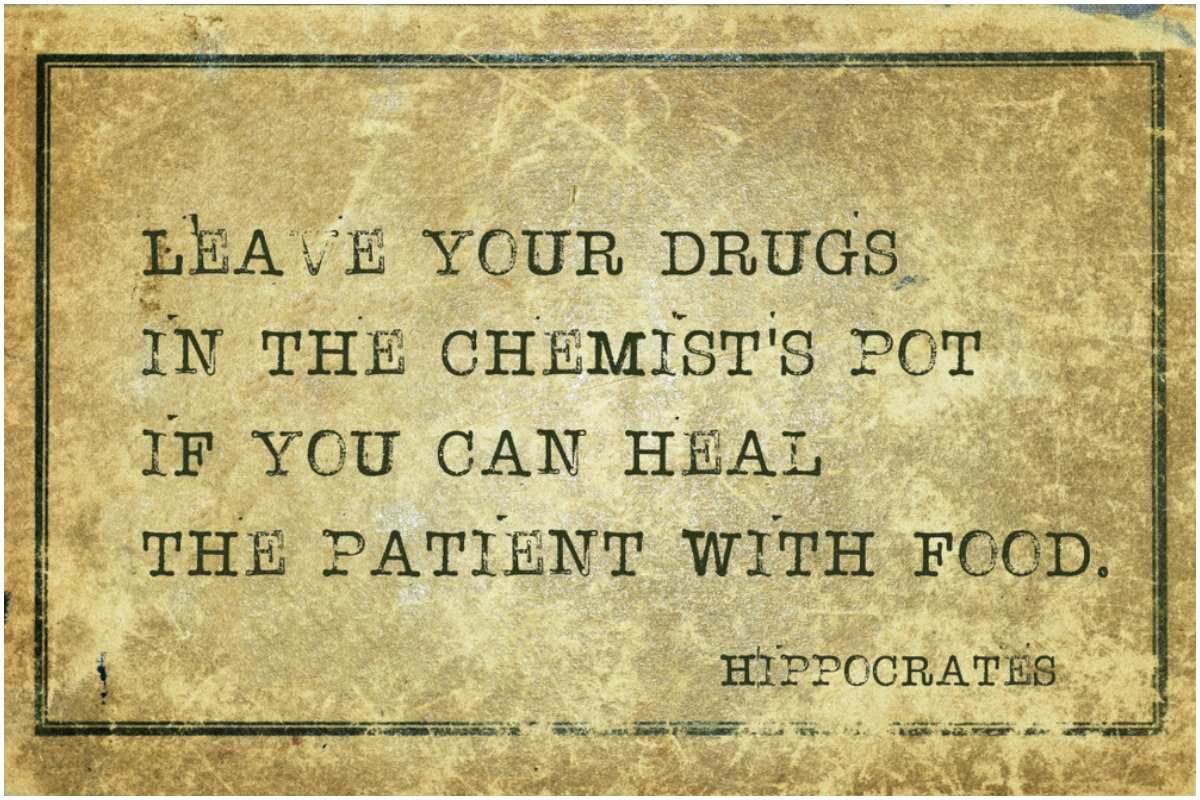 However, no matter who wrote this oath, a question arises:

How important is the current oath to our doctors? They don’t endorse all those wonderful principles anymore, in the form in which they were designed.

Only a few remained valid, such as professional secrecy or prohibition of intimate relationships with patients, although there are plenty of exceptions – the media is replete with news of celebrity hospital admissions or abuses of unethical doctors. Other points are already the subject of controversy or ignored, such as the prohibition of abortion or euthanasia.

Concerning the diet as a means of healing, it is, in fact, a redraft, eliminating the phrase “diets,” to keep up with the current practice of allopathic medicine, based on the prescription of chemical drugs, not on the diet.

Here are the two versions of the oath: the ancient one and the modern one.

”I will use those dietary regimens, which will benefit my patients according to my greatest ability and judgment, and I will do no harm or injustice to them.”

In the modern oath, the word “diet” is removed:

The enormous number of patients today is a testimony to how much harm can doctors do with their prescriptions, which not only don’t prevent or cure anything but unfortunately sometimes add several diseases, which they gracefully call “side effects,” not to mention the high costs incurred by the patient. How should we call this practice, if not “harm” and “injustice”?

It is noteworthy that there are many modernized versions of the Hippocratic Oath but, in some countries, medical students graduating still recite the first point, which remained unchanged: „I swear by Apollo the physician and Asclepius, and Hygieia and Panacea and all the gods and goddesses as my witnesses, that, according to my ability and judgment, I will keep this Oath and this contract.”

We now understand how impressed with the importance of the oath our doctors are, that they promised some deities of Greek mythology to sacredly respect this code of ethics.

And now, as a corollary of our analysis, let’s review the formulation of the Hippocratic Oath, taken by the World Medical Association in the Declaration from Geneva – 1975:

„I solemnly pledge to consecrate my life to the service of humanity;

I will give to my teachers the respect and gratitude that is their due;

I will practice my profession with conscience and dignity;

The health of my patient will be my first consideration;

I will respect the secrets that are confided in me, even after the patient has died;

I will maintain by all the means in my power, the honor and the noble traditions of the medical profession;

My colleagues will be my sisters and brothers;

I will not permit considerations of age, disease or disability, creed, ethnic origin, gender, nationality, political affiliation, race, sexual orientation, social standing, or any other factor to intervene between my duty and my patient;

I will maintain the utmost respect for human life;

I will not use my medical knowledge to violate human rights and civil liberties, even under threat;

I make these promises solemnly, freely and upon my honor.”

Reading this version, one must wonder: Why continue to call it the “Hippocratic Oath.” since it hardly resembles the original text?

Then, how many current doctors still respect professional ethics, which they solemnly recite at the end of the study? How many really take responsibility for people’s lives? How many people today are truly healed by their doctors?

We believe that a survey covering these questions would reveal unflattering realities for the practitioners of this profession.