Christianity and Catholicism are two world religions that have had a love-hate relationship through the centuries.

Both religions essentially share the same beginning roots but then, at some point in history, divulged into two different directions based on doctrinal differences.

In this article, we will be looking at these two religions, how they both began from the same point of history and when they began to come into their own separate doctrinal beliefs that we see today on various street corners.

The Beginning of Christianity and Catholicism

If you were to open up that dusty bible of yours that’s been sitting up on your bookshelf ever since your grandma gave it to you years ago to the New Testament section of the Bible, you would find the four gospels and the book of Acts.

The four gospels tell of the life, death, and resurrection of Jesus Christ.

The books of Acts are the records of what happened to Jesus’s disciples and apostles after Jesus resurrected and ascended back into heaven.

At the end of the gospel book of Matthew, it details what is famously known as “The Great Commission.”

Jesus essentially gave his disciples a mission to go out into the neighborhoods, surrounding regions than to ends of the earth, spreading Jesus’s gospel message of salvation.

This was the beginning of Christianity and all the various denominations that would eventually sprout up over centuries, such as Catholicism.

Let’s now fast forward a good thousand years or so since the beginning of the first Christian churches under the leadership of the twelve apostles.

Through the centuries since then, Christianity had plenty of scholars rise in the knowledge and education of the Bible as it wasn’t yet readily translated into multiple languages as it is today.

Some of these scholars that were deemed with the title of saint-like St. Irenaeus began to develop their own ideas on certain doctrinal ideas that veered off from that of the traditional early apostles.

It wasn’t until the famous Reformation period led by people such as Martin Luther that Christianity as it once was beginning to reappear and then sprout off into new denominational branches such as:

The Differences Between Christianity and Catholicism 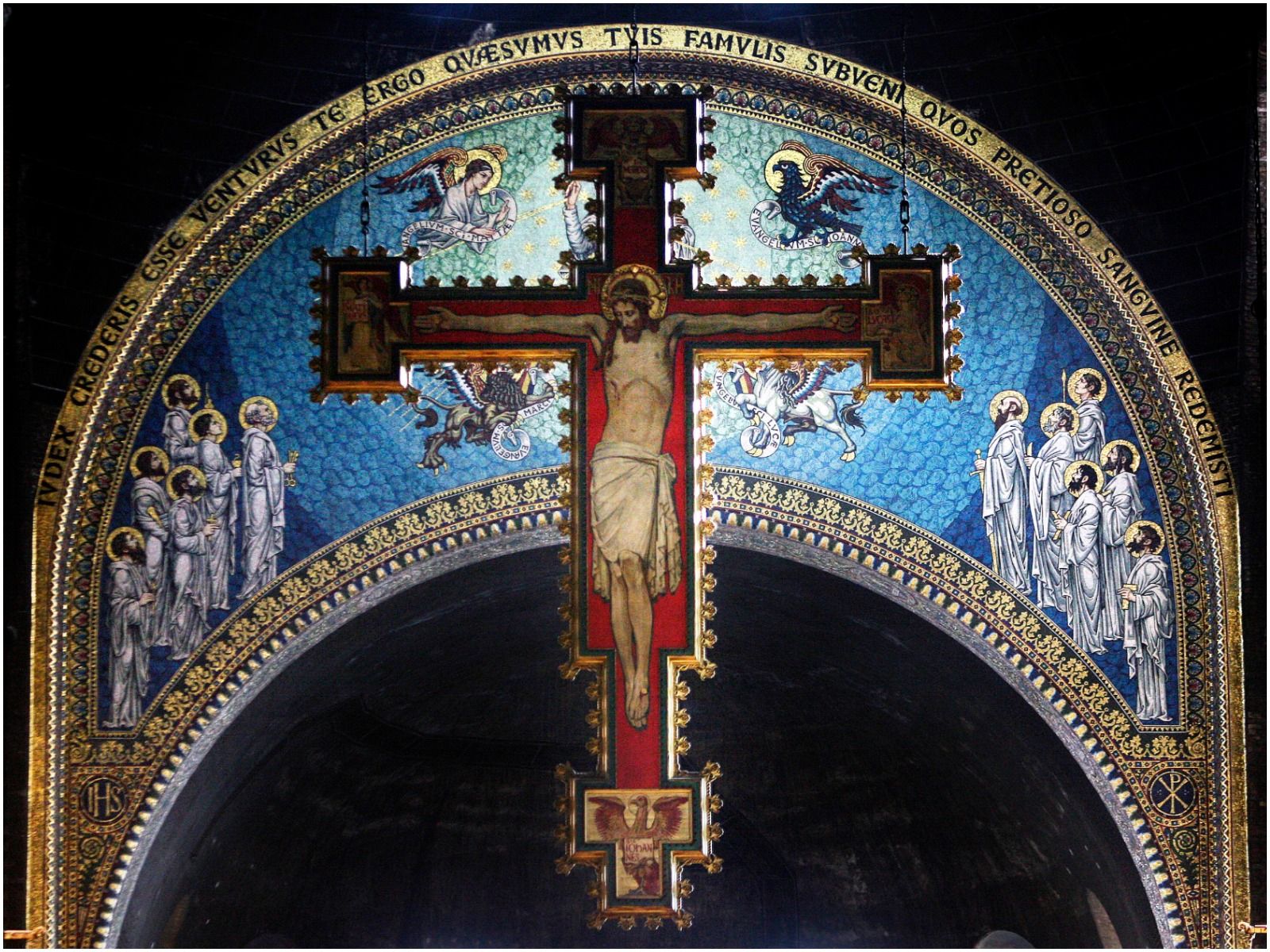 So, now that we have a basic understanding of how Christianity and Catholicism shared a starting point but then began to split ways and make their paths sometime around the era of the Roman empire, we can see how they share similarities.

These similarities of doctrine are found in the fundamental beliefs of who Jesus is, and what he did during the 33-ish years he was on earth before dying on a cross, being buried, resurrecting three days later, and then ascending into heaven afterward.

After these doctrinal points, however, is pretty much where the similarities stop and the differences begin…

Let’s take a look at the source of the doctrine itself between the two.

Christianity receives its doctrinal beliefs from the Bible and the Bible alone.

Christians believe that the Bible is the only written word of God and his authority. All of their doctrinal beliefs come from the Bible and nowhere else.

Catholicism rejects the Bible as being the only source of doctrine and has looked to additional religious texts to derive their doctrine that might be more commonly known as apocryphal books such as 1 & 2 Esdras, the Book of Esther, and the Epistle of Jude.

There are more than ten apocryphal books that Catholics have deemed as secondary canon in addition to the Bible.

Everyone knows the Pope.

The Pope is the absolute authority figure for the Catholic church here on earth. As far as authority and leadership go, the Pope answers to God and God alone.

This means that to the Catholic faith, the word of the Pope is practically infallible as he is believed to be chosen by God to be God’s representative leader to the Catholic Church.

While Christian churches are led by pastors and preachers, they are not considered to be the ultimate voice of authority to Christianity as a whole.

Christians may receive spiritual guidance and education from their pastors, deacons, and elders, but in the end, God alone holds the authority in the Christian church.

Christianity holds the belief that it is by faith in God alone that saves “For by grace you have been saved through faith.

By God’s grace, a person receives salvation that leads them to Heaven.

Catholicism believes that this faith is simply the beginning of salvation and that we must build upon that faith with a life of good works and righteous living to receive a well-deserved eternity in heaven.

However, both believe that unbelievers will end up in hell, with the difference lying in Catholicism that believes in the additional afterlife period spent in Purgatory.

While there are plenty more differences that could be discussed between the two religions, these are the main topics that are the cause of splitting hairs between the two.

READ THIS NEXT: Orange Cats and Their Spiritual Meaning