What is Samsara and Nirvana in Buddhism? 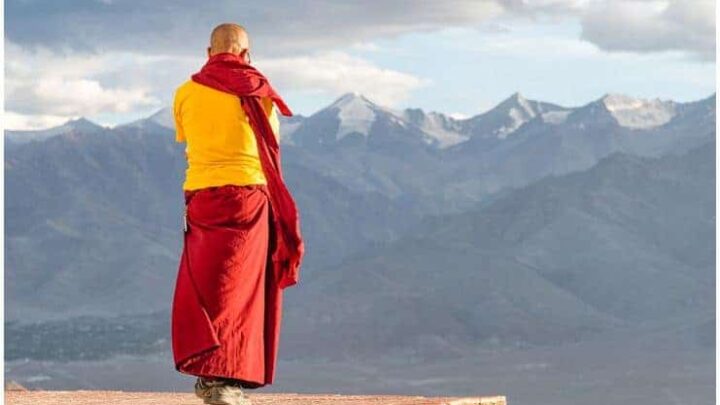 Buddhists intent upon the road to Liberation are more concerned with the “hows” of practice than with the “whys” of existence. The Zen and Vajrayana schools, especially, have come back to the early Buddhist attitude of discouraging idle speculation.

The human mind in its normal state of consciousness is probably incapable of grasping life’s ultimate mysteries, and time dedicated to speculation would be better spent on making progress in achieving Enlightenment.

Buddhists of whatever spiritual school believed that this unsatisfactory state – Samsara, this realm of Dukha, transience, and no own-being, is the product of Avidya — primordial ignorance, or delusion. As such, our surroundings are our own mental creations, or mental distortions, of reality.

As to how and why Avidya first emerged, there has never been a satisfactory explanation, nor much feeling of a need for one. If snow blocks the road or hail flattens the crops, a knowledge of snow and hail form does not help repair the damage.

Whatever caused the arising of Avidya, which substitutes appearance for reality, its victims – sentient beings – revolve through countless cycles of existence (Samsara), ignorant of their own exalted nature.

Clinging to the concept of an ego and restlessly striving to satisfy its wants, they add momentum to the process of causation by which they are enslaved; as their minds create fresh objects of desire, the mists of illusion thicken about them.

Endlessly, they traverse the 6 states of existence (Gods, Asuras, humans, animals, hungry ghosts, and hell beings), which, however, some provide transient joys, are none of them free from profound unsatisfactoriness.

There is no way out of this wicked circle of rising and tumbling from one state to another until, unable to bear it longer, a being starts to set about negating his ego and striving for liberating wisdom.

Buddhism’s disinterest in offering a solution to the problem of origins is distant from unique. Viewed dispassionately, none of the solutions suggested by different religions or by science is satisfactory. The Christian explanation seems to Buddhists nothing less than horrific.

It is difficult to understand why an omnipotent Father, allegedly full of loving concern for his children, should create a world in which not only are many generations condemned to suffer for the sin of their remote ancestors, but also animals, innocent of sin have to spend their lives in a welter of slaughter, devouring, and being themselves devoured.

Suffering is present; nobody can avoid it, but suffering devised by one’s supposed Father seems downright sadistic and, accordingly, especially difficult to bear.

If we turn to the scientists for answers, we are met with what amount to guesses or with silence.

Nirvana is the state that supervenes, when desire, aversion and all clinging to an ego have been conquered, thus negating the last traces of a being’s illusory individuality.

It is an idea frequently misunderstood by non-Buddhists, who generally suppose it to be either total extinction or a variant of the theistic concept of an everlasting paradise.

Nirvana is not extinction because mind (which, from the first, was the only authentic component of the vanished beings) persists; it is not heaven because no sentient being remains to enter it.

In all the hundreds of volumes of the Buddhist canon, there is no clear description of it, since, by its very nature, it is inexpressible.

However, I will venture a very crude illustration of what happens in going from Samsara to Nirvana, which, with the reservations added at the end and with stress on its crudity, might be acceptable to most Buddhists.

Envision an illimitable ocean in which there are innumerable vials. Each vial is filled with sea-water belonging to that very ocean and each is composed of a substance that gradually thickens or dissolves in response to circumstances. Under suitable conditions, it dissolves altogether, at which point, the water it contains becomes indistinguishable from the rest of the ocean.

Not one drop of water ceases to exist; all that is lost is its apparent separateness.

In this analogy, the water in each vial represents a so-called individual being, and the gradually thickening or dissolving vial symbolizes his mental and physical aspects — accretions born of Avidya and nourished by the force of Karma, or causality.

Once the accretions have been dissolved, the being’s “separate” identity ceases. The aptness of this analogy is dependent on 2 reservations:

1.Since the vials have only an illusory existence, the water inside and outside has never been really separate;

2.The “ocean” is in reality Mind, a non-substance free of space or time dimensions, from which it follows that the smallest part comprehends the whole; hence the water in each vial is not part of the ocean – it is the ocean. With these 2 reservations, it can be said that Nirvana is the state reached by the water in the vials at the moment of their dissolution.

Buddhists doubt such analogies, as they are liable to error and misconstruction. As I have said, Sakyamuni Buddha’s own references to Nirvana consist of guarded negatives.

Then again, the general understanding is that entering Nirvana is a return to the state of ultimate reality undistorted by Avidya’s mists. Theravada Buddhists perhaps do not conceive of it absolutely in these terms, as they speak of Samsara as a state to be left behind and of Nirvana as a state to be entered.

The Mahayana doctrine is that the 2 are identical in all but appearance; that, since beings have never been apart from Nirvana, Liberation consists of becoming conscious of our real state. Nirvana is Samsara.

Every sentient being has, in reality, always been one with the non-substance – uncreated, eternal, formless, colorless, free from attributes, of infinite extent, and no extent at all. It is known that full experiential consciousness of this state is attended by the utmost bliss.

Hence, all objects, sounds, sensations, and concepts, together with the 3 realms of desire, form, and formlessness and the 6 states of existence – in short, all constituents of the universe – are mental creations identical with the one, identical non-substance, or Mind. In their multiple aspect they are Samsara; in their uniform aspect, Nirvana.

While during meditation, this is recognized not merely with the intellect but experientially, then Nirvana is glimpsed in this life.

When a man becomes fully Enlightened, which means that he will be liberated as soon as his current human body is cast off, then he is able to experience Nirvana continuously while still in this body, though it may be assumed that, for the sake of coping with his surroundings (eating, excreting, sleeping, talking, and preaching the Dharma, for example), he is able to withdraw temporarily from Nirvana at will.

However, this last point is supposition. Those who have achieved Enlightenment in this life have never been specific about such matters.

All this being so, the Zen and Vajrayana schools emphasize that we should never turn from the world in disgust or seek Liberation by shutting eyes and ears to our surroundings.

Respecting everyone about us as partaking of the Buddha-nature and viewing everything as one in essence with Nirvana, we must reject nothing. The royal road to Liberation is the acknowledgment that there is no being or object in the universe from which we stand apart. 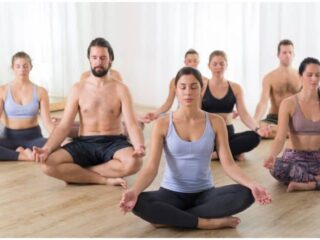 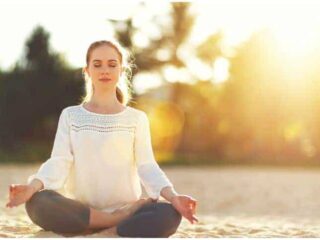 What is the Meaning of Thanatophobia - aka Fear Of Death
Read Next Post →
Click here to cancel reply.