The Phoenix bird is a mythical creature, resurrecting from its own ash, resembling an eagle, with splendid feathers and a very long life.

Wrapped in mystery because of its exceptional destiny, transformed into a symbolic image of rebirth, considered as originating from the most diverse places, this bird is presented in classical mythology under many forms, multiplied by the innumerable reinterpretations proposed by the following centuries and by the various cultures in the classic world.

If we don’t take into account the fragment of Hesiod where he speaks of this bird’s long life (927 years), the first to talk about Phoenix is Herodotus; in “The Histories,” he provides a description and speaks about its living habits.

The Phoenix bird resembles an eagle as a shape, but has splendid colorful plumage, with purple and gold spots (two “noble” colors with obvious symbolic significance), making it more beautiful than any peacock.

It has extraordinary longevity (its lifetime varies from 500 to almost 13,000 years, depending on the sources). Also, it is the only one in its species and, therefore, it can not reproduce.

The Phoenix bird originates in Arabia (or Ethiopia) and is the object of particular worship in Egypt, at Heliopolis.

The most remarkable legends refer to its reproduction.

When its long life is about to end and the bird feels this, it makes a nest of aromatic herbs and incense; it then sets fire to this nest, and, according to legends, it lays in it, burning along with the nest. The ashes are the source of its rebirth as another bird. 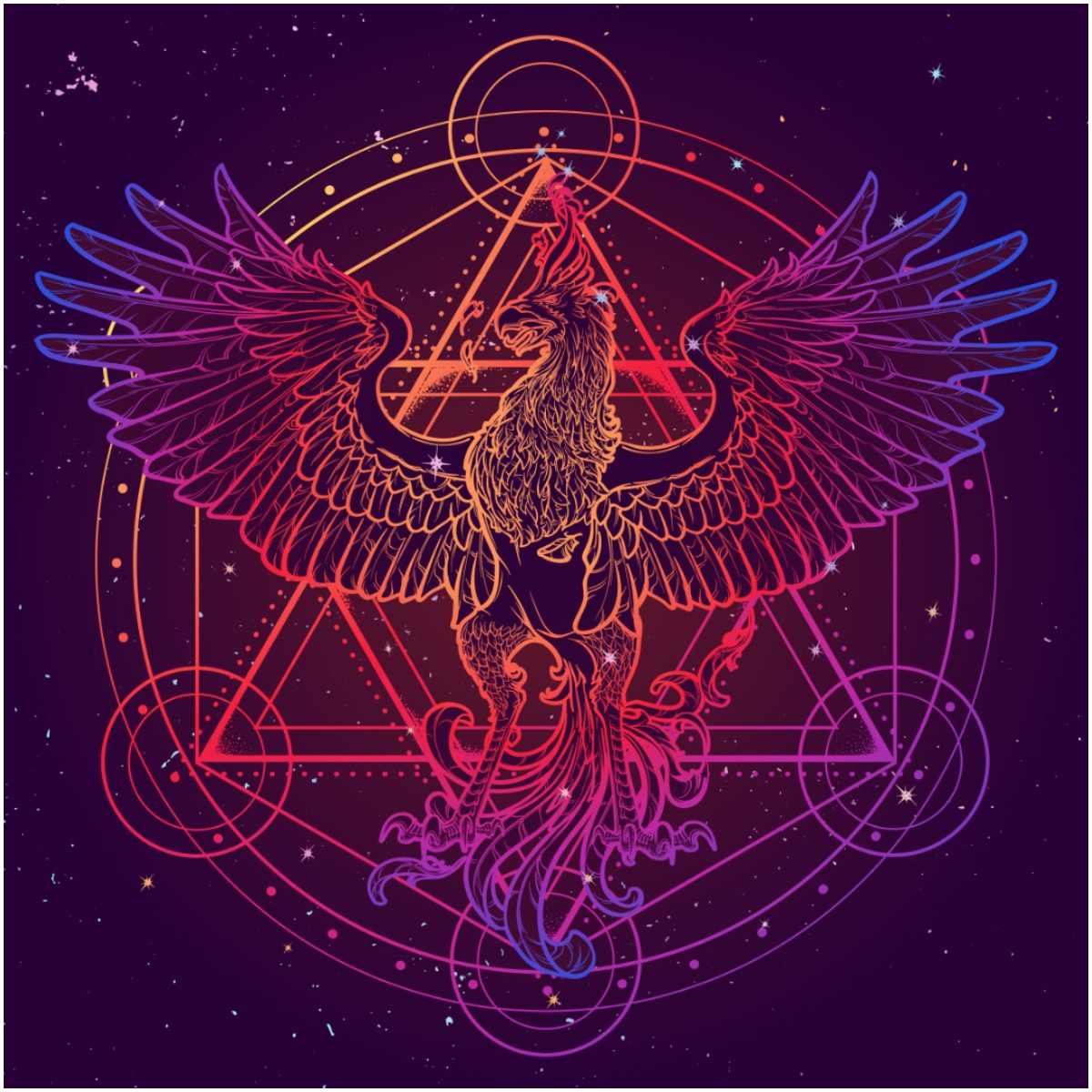 The new Phoenix bird buries the previous one, placing the remains in an egg-shaped myrrh and incense wrap and carrying them, with a cortege made of other birds flying around, to the sanctuary of Heliopolis.

Here, the priests of Helios will begin the solemn funeral ritual.

After this transitory appearance in Egypt, the young bird returns to Arabia (or Ethiopia), where it lives its long solitary life feeding on incense pearls until it generates another specimen of its ashes.

Herodotus and other Greek and Latin writers certainly knew, more or less directly, about Egyptian sources describing a similar animal, the Bennu bird, sometimes reproduced and placed at the bow of Egyptian ships.

They related it to the daily cycle of the Sun and the annual Nile overflow, but the astrologers linked the story of its long life to the theory of the sidereal revolution.

It is certain that the equivalent of the Phoenix bird was related to the cult of the Sun, as well as to the idea of regeneration and life, and that these characteristics are resumed in classical mythology.

The attempts to link the Phoenix bird from mythology with a real bird, undertaken by the ancients, were unsuccessful; we know that in the time of Emperor Claudius, a so-called Phoenix bird was captured in Egypt and shown in Rome, but its identification was received with skepticism.

In the same way, between the lion’s paws of the Sphinx of Giza, looking east, there is a large stone that carries an inscription that says:

“This is the Splendid Place of the First Time.”

The mysterious First Time, or Zep Tepi, was an expression the ancient Egyptians used to refer to the beginning of time. 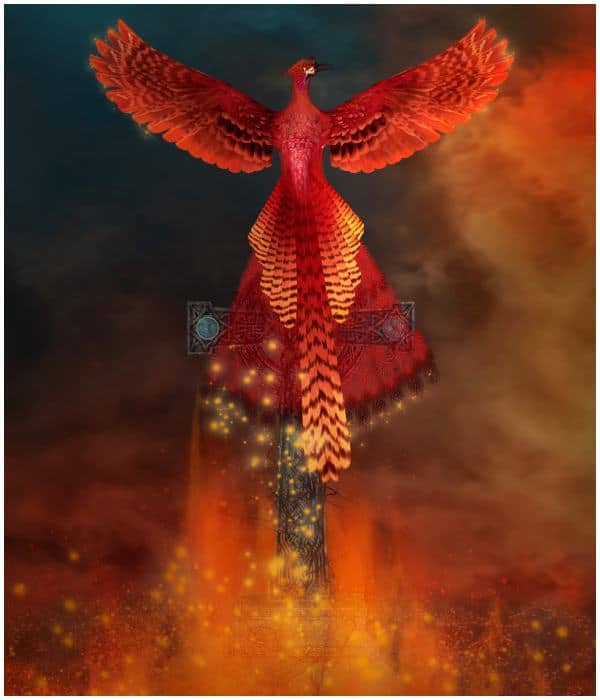 In their mythology, Zep Tepi was marked by the elevation of the primordial mound from the ocean and the landing of the Phoenix bird on it.

According to Egyptian mythology, the Phoenix arrived to mark the birth of a new era. For the Egyptians, Phoenix was the symbol of the 1460-year Sothic cycle.

They reflected each other.

The Milky Way symbolized the path of souls.

It seems that the Bennu bird was the prototype of the Phoenix bird’s classic myth, a unique creature on Earth. In the 5th century BC, Herodotus said he had visited Heliopolis and was told of a grandiose Phoenix bird.

It was colored in gold and purple, and the bird had visited the Sun Temple at Heliopolis every 500 years, carrying its parent’s ashes in a myrrh egg. It is assumed that the next Phoenix bird will be born from this egg.

Thus, the Greeks adopted the Phoenix bird as the emblem of the cycles of life and death, of the eternal rebirths of its own ashes.

In some Egyptian cosmogonic myths, the Bennu bird is the oldest being in the world.

When the first piece of land had gone out of the dark waters of Chaos, the shining Bennu bird had descended to the primordial mound.

Its scream would be the first sound ever heard.

The earliest references to the Bennu bird describe it as a yellow wagtail, but then it will be presented as a heron.

The term “bennu” comes from a verb of Egyptian origin, which has the meaning of “rising,” “shining.”

Originally, the Bennu bird may have been identified with Venus, the Morning star, therefore, representing the precursor of the creation’s renewal at dawn.

The scream of the Bennu bird marks the beginning of time. Moreover, this bird announced the end of time and the return to the world of chaos.

In the Pyramid Texts, the Bennu bird is associated with the creator Sun god.

At Heliopolis, the center of solar worship, the bird would sit on the Benben stone (a primitive obelisk) or in the branches of sacred willow. When the Pharaohs reached a 30-year-old reign, they prayed to the sacred bird to renew their strength and vitality.

READ MORE: Spiritual Meaning of Spiders in the House

Ra and Osiris, two Egyptian gods, can be identified with the Bennu bird, the expression of “secret knowledge” correlated with the two deities.

As a manifestation of Osiris, the Bennu bird leads the spirits of the dead through the dangers of the underground world.

Some spells from the Book of the Dead (a collection of spells that enable the soul of the deceased to navigate the afterlife) invoke the transformation of the dead into the Bennu bird so that they can travel freely between the two worlds.

As a side note, the Sphinx embodies the four cardinal constellations of the zodiac, the four corners of the cosmos, Leo, Taurus, Scorpio, and Aquarius, the four elements that act to build the material world.

Also, according to the secret history, the Sphinx is a monument dedicated to the first moment in which the four elements have settled and the matter has become solid.

Therefore, the Sphinx marks the point where two successive waves of emanations of the cosmic mind formed the solid matter. 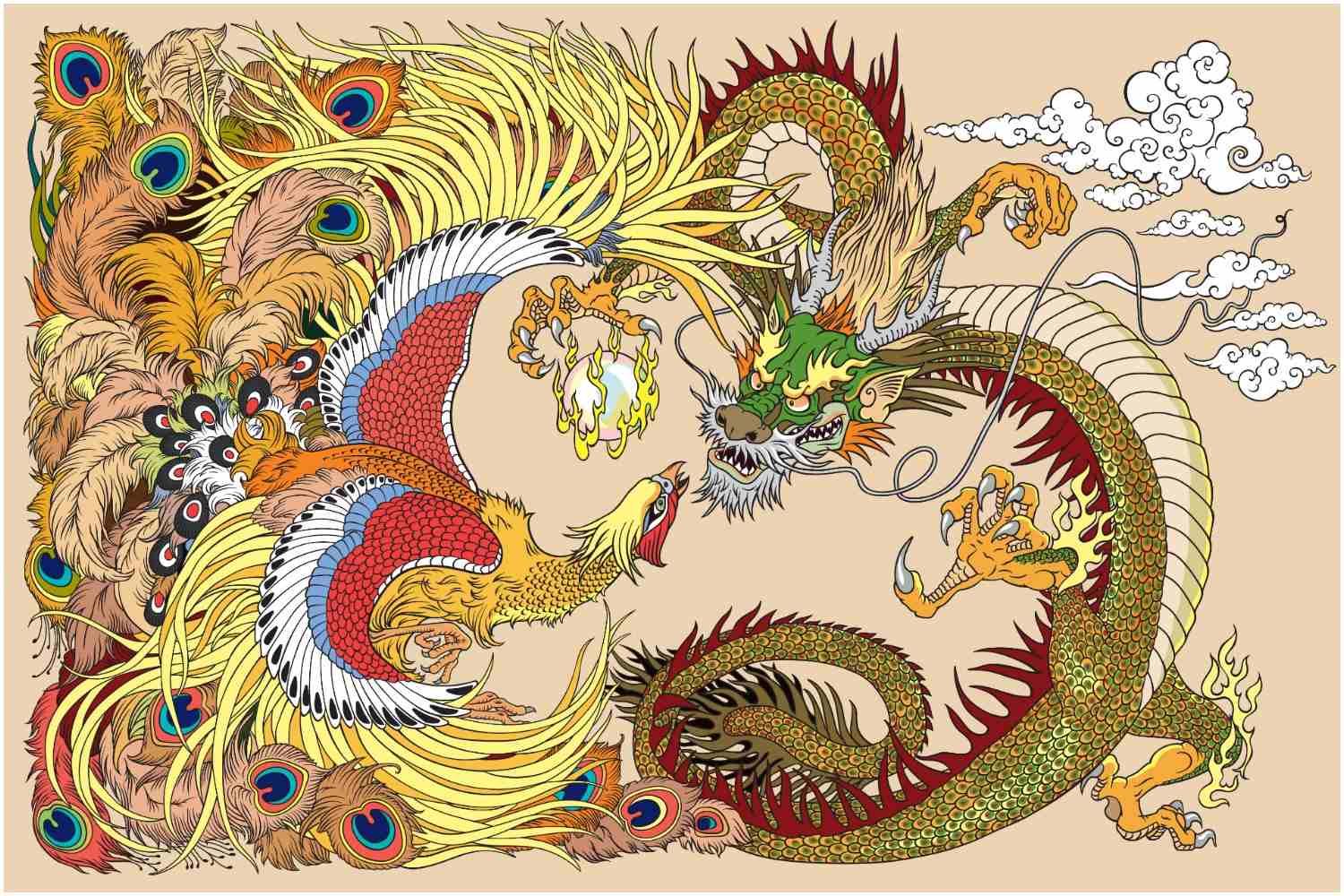 In Chinese mythology, there is a fabulous, Phoenix-like being. In the anonymous writing “Shan hai jing” (The Book of Mountains and Seas), there is a pair called “Fenghuang”: “feng” is the male, and “huang” is the female.

Although a pair, the Chinese Phoenix is considered a single bird, having a superior significance and imperial rank.

READ MORE: Spiritual Meaning of Snake Bite in a Dream

Fenghuang is described in the Chinese encyclopedia “Shou weng” with these characteristics:

The eyes are the sun, the head is the sky, the wings are the wind, the back is the moon, the tail is the planets, and the feet are the earth.

READ THIS NEXT: Spiritual Meaning of Butterfly Landing On You

One must reason about the factual connotations, and subliminations respective of " Quetzalcoatl," and Montezuma's revenge/ reality as IT pertains to the Conquistadors and the Jesuit priesthood in Central America and Mexico; wherewithal, sacrifices, both atop the pyramidal temples and the bed chambers exacted the survival reincarnate of the Aboriginal Civilization

I am totally surprised that the Central American Aboriginal " Quetzalcoatl ," Phoenix bird was, and isn't conveyed in this treatise.