Nail biting, also referred to as onychophagia, is an oral compulsive habit to bite the nails and fingertips.

In 2012, the American Psychiatric Association decided to re-classify onychophagia as a type of obsessive-compulsive disorder, along with other forms of “pathological grooming.”

OCD traps individuals in an endless cycle of repetitive behavior and thoughts.

Nail biting starts during childhood, increases notably during adolescence, and declines with age. However, the habit may continue into adulthood.

According to statistics, about 30% of children, 45% of teenagers, 25% of young adults, and 5% of older adults bite their nails.

Causes of onychophagia include: 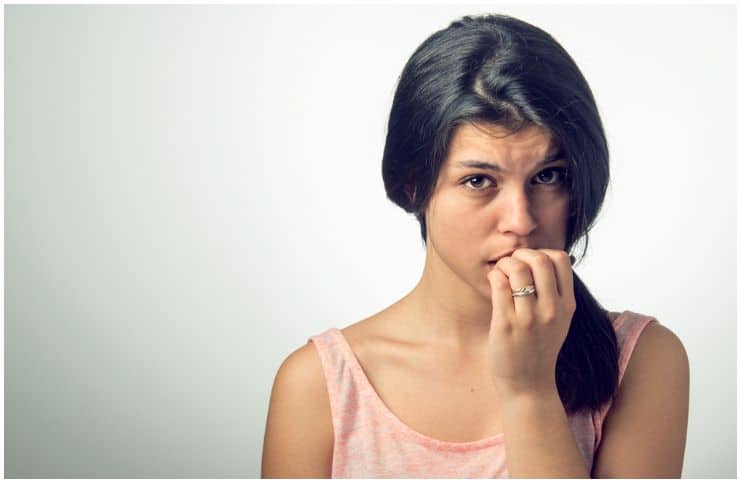 This condition is described by a feeling the constant need to keep something in the mouth.

Some researchers linked it to an impaired mother-child relationship.

Some nail-biters can spend tremendous time examining and grooming their nails for irregularities and then trying to fix these issues.

Some individuals bite their nails when they feel guilty about something or some situation.

In addition, some individuals may tend to punish themselves by biting their nails to get over the guilty feeling.

For some, this habit is a reaction of their hands towards boredom. 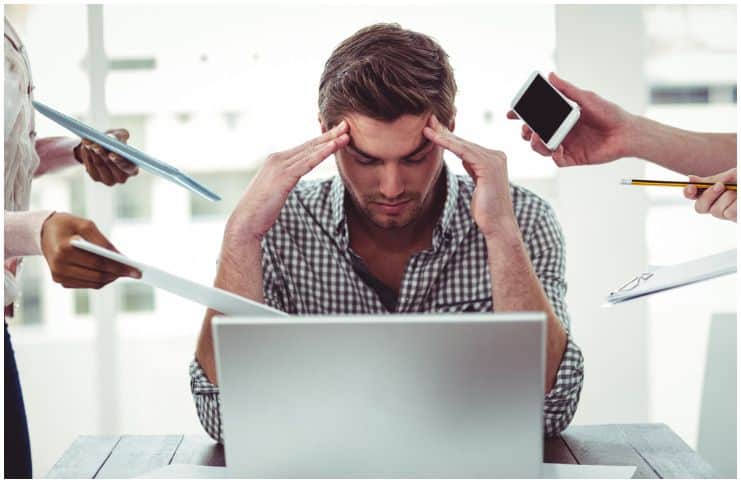 Some studies have established that when people face stressful situations, they are somehow compelled to bite their nails as it may seem to ease the tension.

The mental illnesses most often reported in association with onychophagia in children and adolescents presenting to a mental healthcare clinic are:

Even if nail-biters wash their hands regularly, there will always be some viruses, bacteria, and parasites under the fingernails at the edge of the fingers. Hence, onychophagia can be the cause of various infections.

Additionally, about 25 percent of patients with temporomandibular joint pain and dysfunction have the nail-biting habit.

You can also crack, chip, or break your teeth when you bite your nails. 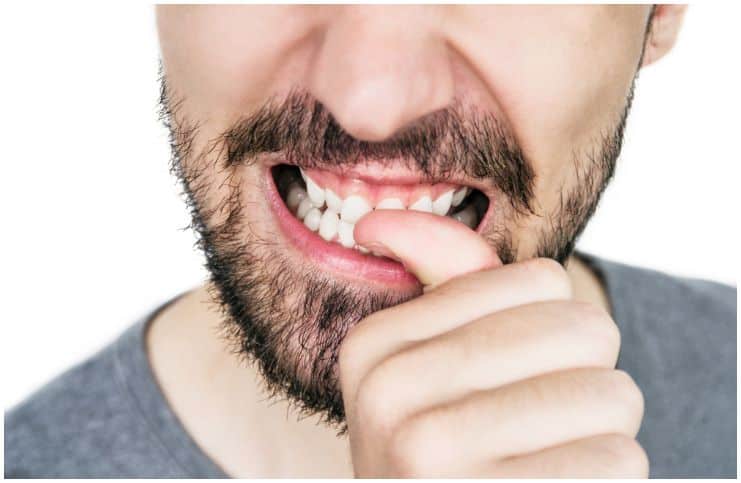 Among other things, nails can be used to scratch and for protection.

Nail-biting often indicates the fear of showing aggression, which often occurs when parents exert too much pressure on children and demonstrate a lack of confidence.

A child who bites his nails tries to have more self-confidence.

Give your child the freedom to express all aspects of his character without feeling guilty.

To kick this habit, it is recommended to use these tips:

READ THIS NEXT: Spiritual Meaning of Cancer

I have found that nail biting annoys others way out of proportion to any actual damage it causes the nail biter, I think that when I bite my nails it's because someone else is eating at me, and maybe if I eat at myself they will leave me alone, of course that just makes them criticize me more . When I get away from all the judgemental people slapping my hands away or harping on me to stop... funniest thing I don't bite my nails. I am an old lady now and when I remember all the constant concern about my habit but not about all the drinking, smoking etc that they were doing I wonder why it bothers others so much. Now when I hear friends and acquaintances scolding their kids about nail biting I really want to ask them what their problem is because the kid is not hurting them at all and tell them that probably their constant judging and fussing is making the problem worse. Why load a guilt trip on someone when there are truly bad things that many people are doing to others. My bad habit never hurt anyone but me.

@Dona, My sentiments exactly. I have long experienced the stigma of being one. Had tried so much to quit it without even knowing why I was doing it. Faced many a backlash, ridicule and shaming but it didn't bring about any change. It doesn't bother me anymore. It's there to stay.

Taping your fingers does dick all at stopping the urge to chew! It also points out to the rest of the world the nail-biting that is adding to the personal insecurity.