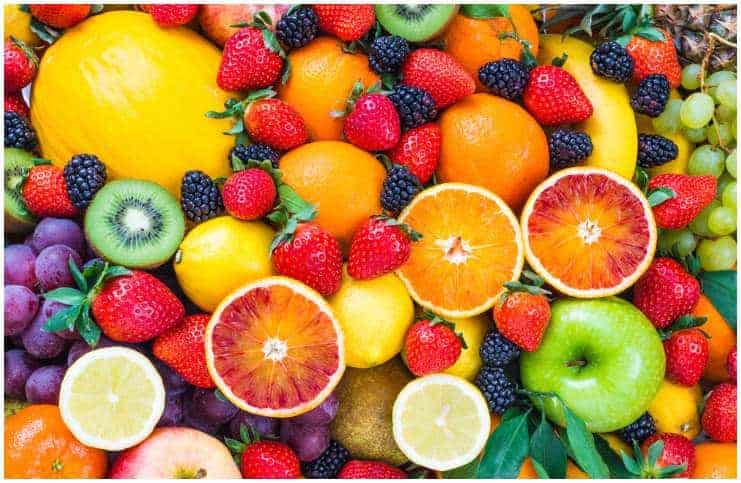 Diets are a dime a dozen. There are some that have real staying power, and others that are just a passing trend. Where does the Leptin Diet fit in?

Is it just another fad, or can it safely help you lose weight and keep it off? As with any other diet, it’s important to know the basics before you give it a try. So, keep reading to learn everything you need to know about the Leptin Diet.

What is the Leptin Diet?

After the hormone, Leptin, was discovered in 1994, businessman and board-certified nutritionist, Byron J. Richards, created a diet named after this newly-identified hormone: The Leptin Diet. To help promote his dietary program, his company, Wellness Resources, also created supplements, such as LeptiSlim and the Leptin Control Pack, which individuals were encouraged to take while following the Leptin Diet.

What Exactly is Leptin?

About 23 years ago, scientists discovered a hormone in the body that would change how we understand weight gain and obesity. Leptin, sometimes referred to as the satiety hormone, is made within the body’s adipose tissue, or fat stores. It doesn’t stay inside the fat tissues. Instead, this hormone travels through your body’s circulatory system up to the brain. To be specific, leptin travels to your brain’s appetite center, the hypothalamus.

What does this hormone do once it reaches the brain? It teams up with different receptors to help your brain understand that your stomach is full. This, in turn, helps you to stop eating. When leptin is functioning properly within the body, it also helps to keep cravings from getting out of control.

In short, leptin helps you eat just the right amount of food so that you stay nourished without overeating.

How does leptin quicken your metabolism? Research conducted at the Monash University in Australia found that the presence of leptin in your body’s fat stores can increase a process called thermogenesis. What’s thermogenesis? It’s how your body makes heat, which then burns calories.

Here’s how we can sum up leptin’s role in metabolism: when you eat, the leptin levels increase in your fat cells. Then, two important processes happen. Firstly, leptin travels up to your brain to signal when you fall, and when you should stop eating. Then, leptin signals your metabolism to burn the calories you just consumed.

Usually, when people go on a diet, they consume fewer calories and their bodies enter in a state of starvation. Doing this may interfere with your body’s leptin production. In a study published in the Journal of Clinical Investigation, researchers found that dieting could make it more difficult for your body to produce leptin.

Is that the case with the Leptin Diet? As you will see, when followed correctly, the Leptin Diet doesn’t place your body in a state of starvation. Therefore, your body’s leptin production processes continue in a healthy, balanced way.

Stress Can Interfere with Leptin Function

When you restrict caloric intake, and enter into a starvation mode, you actually put your body into a state of stress. But you can feel stress with or without a dieting program. If you experience stress on a regular basis, the stress hormone, cortisol, can actually make it more difficult for you to lose weight.

Sarah Jackson, the lead author of a study published in the journal, Obesity, said that “we found levels of cortisol in the hair to be positively and significantly correlated to larger waist circumference and higher body mass index or BMI. These results provide consistent evidence that chronic stress is associated with higher levels of obesity.”

What is Leptin Resistance?

So far, we’ve discussed two factors that can interfere with the important work of leptin. The first one was following diets that place your body in a starvation mode. In that case, the production of leptin drops and your body holds on to its remaining fat stores.

The second factor that interferes with proper leptin function is stress, as this study examined. When you’re stressed out, the hormone cortisol can make it more difficult for your brain to interact with leptin. This can lead to overeating.

Now, there’s one more factor that makes it difficult, if not impossible, for leptin to do its job in the body, and that’s called, leptin resistance. When your body is at a healthy weight, your body also has just enough leptin to keep your hunger and metabolism on track.

How Does Leptin Resistance Occur?

Since leptin was only discovered in 1994, scientists are still researching this important hormone to better understand how leptin resistance develops. Some sources claim that it’s the result of carbohydrate-heavy diets, which are both unhealthy and unbalanced. This study, published in the American Journal of Physiology, found that consistent consumption of fructose induces a leptin resistance within certain individuals. This in turn accelerates the development of obesity.

Other medical resources say that it’s a combination of many different factors, including too much stress and unhealthy eating, along with not enough sleep and exercise.

How does the Leptin Diet Work?

The goal of the Leptin Diet is to return leptin levels back to normal and create balance within the body. To do this, the Leptin Diet lays out five principles to follow. The Leptin Diet founder, Byron J. Richards, outlines them on his company’s website:

These five rules sound both reasonable and sensible for any dieter. But here’s why Byron Richards specifically outlines these five principles for his Leptin Diet.

Each night, while you’re sleeping, your body is busy repairing itself. Leptin plays an important role in your body’s natural restoration processes. It helps your body release so many other important hormones, like your sex, growth and thyroid hormones, just to name a few. Eating at least three hours before bed allows leptin to do both burn fat and keep other hormones on track throughout the night.

These make it more difficult for leptin to reach your brain’s receptors. Instead of snacking, Richards says the body can get that boost of energy from the liver, which in its natural detoxing processes, helps to clear away extra triglycerides from the circulatory system.

It takes about 20 minutes for your brain to realize that your stomach is full. So, to prevent your body from producing too many leptins and becoming leptin-resistant, eat slowly and stop while you’re ahead. This can prevent overeating, which then spills over into too much leptin production.

Eating a high-protein breakfast can prevent energy crashes, food cravings and a spike in blood sugar levels. In fact, if you eat a breakfast high in protein, you can increase your body’s metabolic rate by 30%.

That means if your meal contains more protein than carbohydrates, your body will burn far more calories. This is a wonderful way to diet because it means you don’t feel hungry and you lose weight.

Carbohydrates are a necessary nutrient in a balanced diet. However, most diets contain too many carbohydrates, and when we don’t burn up this easy fuel, our body stores it as fat. While it’s not recommended to cut out carbohydrates entirely, it is important to eat a balanced amount.

Richards’ suggests eating equal amounts of both protein and carbohydrates together in the same meal. You don’t have to count calories. Instead, make sure your serving sizes for protein and carbs are equal.

What Do Meals Look Like on the Leptin Diet?

Since you are only allowed to eat three meals per day, without any snacking in between, it’s important to make every meal count. When planning your day, make sure that each meal contains 400 to 600 calories. Altogether, you should be consuming no more than 1,800 calories each day.

What Foods You Can Eat on the Leptin Diet

Now, let’s get to the fun part: what foods can you eat on the leptin diet? You’ll be happy to learn that there’s a wide variety of foods to choose from. This way, you’ll never feel deprived or like you’re missing out. Here’s an easy list, showing allowed foods in each group: proteins, fats, and carbohydrates.

Allowed Proteins on the Leptin Diet

Allowed Fats on the Leptin Diet

Allowed Carbohydrates on the Leptin Diet

These foods listed above are only some of the many allowed foods on the Leptin Diet. Ultimately, you can choose from lots of fruits, vegetables, grains, legumes, dairy and meat products.

Avoid These Foods on the Leptin Diet

While there are many allowable foods in the Leptin Diet, there are a handful of forbidden foods. These are non-negotiable and should never be consumed while following this diet:

Risks and Concerns with the Leptin Diet

In general, the Leptin Diet is a reasonable and sensible approach to weight loss. For some, however, it’s a struggle to stick with this diet. Here are some of the chief complaints:

The Leptin Diet has both pros and cons, and as is the case with every diet: there’s no one-size-fits-all. Scientists are still determining whether the Leptin Diet can regulate your leptin levels. To decide if the Leptin Diet is perfect for you and your body’s needs, always consult with your primary care physician to ensure that you stay healthy throughout your wellness journey.