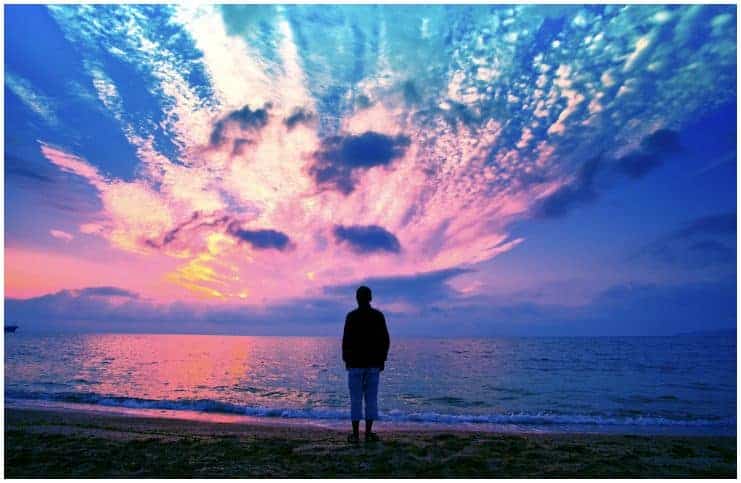 Dr. Raymond Moody’s research purports to explore what happens when a person dies. He was the first medical doctor to study the near-death experience, and his ground-breaking book Life After Life, which was written 25 years ago, is still in print.

Since coming out with his first book on this subject, Dr. Raymond Moody has heard numerous accounts of these near-death experiences.

”When you develop a reputation for this and people know you will listen sympathetically, they will come up to you and tell you personal stories.”

Here are the best 17 quotes about near-death experience (NDE) by Dr. Raymond Moody:

#1 “I have absolutely no fear of death. From my near-death research and my personal experiences, death is, in my judgment, simply a transition into another kind of reality.”

#3 ”I don’t mind saying that after talking with over a thousand people who have had these experiences, and having experienced many times some of the really baffling and unusual features of these experiences, it has given me great confidence that there is a life after death. As a matter of fact, I must confess to you, in all honesty, I have absolutely no doubt, on the basis of what my patients have told me, that they did get a glimpse of the beyond.”

#5 “I’ve interviewed several people who were at this critical point, literally between life and death, and many of them told me they wanted to stay there, despite the fact that someone was pressuring them to return.”

#6 ”People into hard sciences, neurophysiology, often ignore a core philosophical question: ‘What is the relationship between our unique, inner experience of conscious awareness and material substance?’ The answer is: We don’t know, and some people are so terrified to say, ‘I don’t know.’”

#7 ”No doubt many people have the feeling that to talk about death at all is, in effect, to conjure it up mentally, to bring it closer in such a way that one has to face up to the inevitability of one’s own eventual demise. So, to spare ourselves this psychological trauma, we decide just to try to avoid.”

#8 ”A man is dying and, as he reaches the point of greatest physical distress, he hears himself pronounced dead by his doctor. He begins to hear an uncomfortable noise, a low ringing or buzzing, and at the same time feels himself moving very rapidly through a long dark tunnel. After this, he suddenly finds himself outside of his own physical body, but still in the immediate physical environment, and he sees his own body from a distance, as though he is a spectator.”

Our Lead Story Today: Dr. Raymond Moody: The Secrets of the Afterlife Mysterious Ways editors sat down with Dr. Raymond Moody, known as the dean of near-death-experience (NDE) studies, to discuss the great beyond, the “nonsense of dying” and his own trip to the outskirts of eternity. #afterlife #mysteriousways #raymondmoody #neardeathexperience #guideposts #guidepostsmagazine #guidepost #leadstory #secretsoftheafterlife #spiritual

#9 “The dying often have the sensation of rising up and floating above their own body while it is surrounded by a medical team, and watching it down below, while feeling comfortable. They experience the feeling of being in a spiritual body that appears to be a sort of living energy field.”

#10 ”Dying, we tell ourselves, is like going to sleep. This figure of speech occurs very commonly in everyday thought and language, as well as in the literature of many cultures and many ages. It was apparently quite common even in the time of the ancient Greeks. ”

#11 ”I felt the question of the afterlife was the black hole of the personal universe: something for which substantial proof of existence had been offered but which had not yet been explored in the proper way by scientists and philosophers.”

#12 ”Based on what I have heard from thousands of people, we enter into a realm of joy, light, peace, and love in which we discover that the process of knowledge does not stop when we die. Instead, the process of learning and development goes on for eternity.”

#13 ”If you present your dog to a veterinarian with the instruction to put him to sleep, you would normally mean something very different than you would upon taking your wife or husband to an anesthesiologist with the same words.”

#14 ”Very often, the person encounters a divine or angelic being. This may be described as Christ, an angel, even God. Typically don’t report these beings as having the wings we see in the paintings, but rather as luminescent beings that seem to emanate love and saintliness.”

#15 ”The subject of death is taboo. We feel, perhaps only subconsciously, that to be in contact with death in any way, even indirectly, somehow confronts us with the prospect of our own deaths, draws our own deaths closer and makes them more real and thinkable.”

#16 ”What I can show is that these misconceptions about what we call “nonsense” create a kind of collective cognitive deficit in people that is hidden because everybody has it, right? If everybody has it there’s no way that people have of detecting it. The way that this manifests itself is that when people hear a sentence like, “There is life after death,” and unthinkingly they treat that just like a literal meaning, true or false proposition, right?”

#17 ”Democritus who was the first atomist, figured out that things are made of atoms, and in his writings about NDE, he made the famous statement, “There is no such thing as a moment of death,” implying that, just as we hear today, these NDEs are the dying process of the brain.”