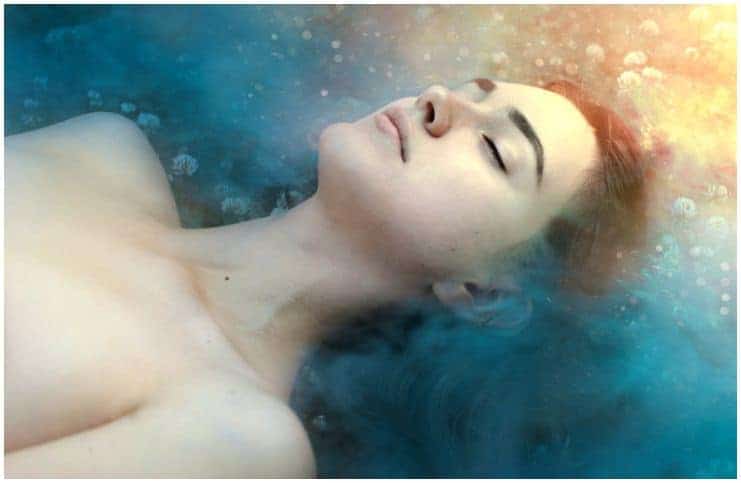 Hypnagogic state is the drowsy period between wakefulness and sleep, during which hallucinations and fantasies frequently occur.

The word “hypnagogia” comes from the Greek words for “sleep” and “guide,” suggesting the period of being led into slumber.

Hypnagogia is in fact very usual, occurring in 72 to 77% of the population, but many are unaware of the phenomena.

It can only develop when you are profoundly soothed, so you must learn to lose control so your body can show its more subtle side.

“This process is not only fundamental to the study of consciousness, it may also shed light on sleep disorders that are associated with an abnormal transition to sleep,” Francesca Siclari, a consciousness and sleep researcher at the University Hospital of Lausanne, Switzerland.

Only a few individuals remember hypnagogic imagery. This stage is so slippery, it may only last a few moments.

This state can include a mesmerizing array of sounds, visions, bodily sensations, and insights as you sail through the borderland sleep-wake state.

The simplest theory is that this state is an early-occurring dream fragment. This theory is also consistent with reports that hypnagogic images are dreamlike.

For instance, a subject in a 1930s experiment on imagery during these states said: “These things [hypnagogic images] are practically dreams, but I am awake enough to catch them.”

Hypnagogia has a partner: hypnopompia, which is the transition from sleep to wakefulness. Hypnopompia is probably the more usual experience.

“The hypnagogic state is considered by many to be a genius state, without boundaries or any limitations.” ― Brian L. Weiss

Hypnagogic states are highly creative. They are extremely productive, packing a high density of ideas into a short period of time. Many hypnogists report mystical insights, states of instantaneous intuition, exhilaration with an inspired poem, and exquisite peaceful joy.

Occultists consider they can tap into clairvoyant experiences in this state. Others feel that they can engage in self-hypnosis so that they can achieve things they thought impossible or too difficult, by hypnagogic visualization.

Scientists have described this state as involving a ”loosening of ego boundaries, sensitivity, openness, heightened suggestibility, and a fluid association of ideas.” In beginner’s terms, this state is connected with more random associations of ideas than is normal, resulting in a state of heightened creativity.

Many writers, artists, mystics, philosophers, and scientists have used this state to break through creative brick walls.

Observed hypnagogia can inspire not just sounds and images, but also present flashes of insight and, sometimes, genius.

In the 18th century, the scientist, philosopher, and visionary Emmanuel Swedenborg developed a technique of inducing and exploring this state, during which he traveled to hell, heaven, and other planets.

One of the earliest modern explorers of this state was the Russian philosopher and journalist Peter D. Ouspensky. Although best known as an interpreter of the 20th-century mystic George Gurdjieff, Peter D. Ouspensky was an insightful thinker in his own right, and some of his earliest work involves close observation of dreams.

Thomas Edison used to use these states by taking power naps, but while Edison dozed, he would hold a steel ball in his hand over his lap. Once he reached that point where he started to drop off, he’d drop the ball in his lap and he’d wake up – only to promptly write down all the thoughts and images that had come to mind in that state.

In 1987, the psychologist Andreas Mavromatis published his book, Hypnagogia, in which he lays out in detail his research on this state.

Mavromatis found that he could influence the content of someone else’s hypnagogia by changing sensory input, such as light, sound, and smell.

He also believes that hypnagogia takes place in the subcortical structures in the brain, what is usually referred to as the ”old brain.” He explained that during this state, the activity in the neocortex is inhibited, whereas the ”older brain” carries on running.

Scientists have observed the presence of both alpha brain waves (which are the dominant brain wave mode when we are conscious but relaxed) and theta brain waves, which are linked with restorative sleep, during hypnagogia.

One fascinating effect that can take place during hypnagogic state is named the ”Tetris effect.” Called after the computer game, this effect is what happens when you close your eyes and ”see” yourself performing a repetitive function from your day in your mind’s eye.

For example, if you were to play the game Tetris long enough, then you might find that you see Tetris pieces falling in front of your eyes as you start to fall asleep.

Sleep paralysis is usually confused by the person experiencing it as part of a lucid dream, which explains the high number of recalled dreams with elements of being frozen in place, or being unable to move. In addition, sleep paralysis is much more frequent in hypnopompia than in hypnagogia.