The Hindu triumvirate (also known as Trimurti) consists of three gods who are responsible for the creation, upkeep, and destruction of the world. Usually, Lord Brahma is the creator, Lord Vishnu the preserver, and Lord Shiva the destroyer and transformer.

The Trimurti has been explained in numerous different ways, especially in relation to cosmology. A generally accepted belief is that the three gods seen together represent earth, water, and fire.

The Significance of Hindu Triumvirate (Trimurti)

Lord Brahma is the first god in the Trimurti. Every day for Him is thousands of years for a human, and every one hundred years (in god-time), a new creator replaces Him.

According to the ancient Puranas, He was self-born within the lotus which grew from Lord Vishnu’s navel at the beginning of the creation. Also, Brahma represents Brahman, a term and concept of Hinduism.

He is usually depicted with 4 faces and 4 arms and with a white beard, representing His sage-like experiences. Each face of Brahma points to a cardinal direction. His hands hold no weapons, rather symbols of wisdom, knowledge, and creation.

Brahma has four mouths which are credited with creating the 4 Vedas. He sits on a lotus, dressed in white, red, or pink, with His vehicle – Hansa, a goose or swan nearby. He is also portrayed accompanied by His consort – Goddess Saraswati, who is the goddess of harmony, learning, and artistic endeavor.

Vishnu – Preserver of the Universe

He is the protector and preserver of the universe. His role is to return to Earth in troubled times and restore the balance of evil and good. So far, He has incarnated nine times, but He will reincarnate one last time near the end of this world.

Lord Vishnu’s name literally translates as “all-pervading one” and possibly derives from the story of his measurement of the creation with 3 strides, precisely illustrated in the ”Vishnu Sukta” of the Rig Veda.

Lord Vishnu’s worshippers, commonly called Vaishnava, consider Vishnu the greatest god. They consider the other gods as lesser or demi-gods.

He is especially linked with light and particularly with the Sun. In sacred texts, He is not included as one of the original 7 Adityas (solar gods), but in later scriptures, Vishnu is mentioned as leading them.

He is depicted with a human body, usually with blue colored skin and with 4 arms. In each of His arms, Vishnu holds an item symbolizing something. The four items in His four hands are always the chakra, conch, mace, and the lotus flower. The chakra symbolizes the mind.

Shiva – The Destroyer and Transformer

His role is to destroy the creation in order to recreate it. According to some Hindus, Shiva’s power of destruction is used to dissolve the flaws existing in the creation, to change it into a better creation. Thus, He is seen as the source of both evil and good and is acknowledged as the one who combines numerous contradictory elements.

The word ”shiva” represents the ”auspicious one” or the ”pure one” – the Supreme Being who cannot be contaminated by the imperfections of the world. It is considered that the very utterance of Lord Shiva’s name purifies everyone.

He is usually depicted in deep meditation upon Mount Kailash, His traditional abode located in the south of Tibet. He is portrayed with 4 things – a cobra wrapped as a necklace, a 3rd eye, a three-pronged trident, and a vibhuti.

The cobra necklace represents Lord Shiva’s power over the most dangerous animals on Earth and signifies His powers of destruction and recreation, for a snake sheds its skin in order to make a new one. The 3rd eye signifies wisdom and insight and is the reason why Lord Shiva has a large amount of untamed passion.

The trident signifies the Trimurti of gods: Lord Brahma, Lord Shiva, and Lord Vishnu. The vibhuti signifies His superhuman power and wealth and His all controlling nature.

On his head, Lord Shiva bears the crescent of the 5th-day moon. In addition, He wears deer, tiger, and elephant skins which represent His control over pride, lust, and mind.

Each god in the Hindu Triumvirate has his consort. For Lord Brahma, there is Goddess Saraswati – the goddess of knowledge. 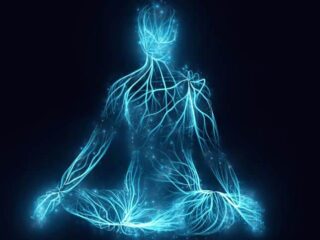 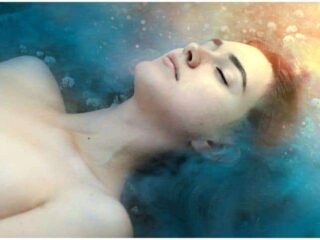 Hypnagogic State Or When You Are Half Asleep And Half Awake
Read Next Post →
Click here to cancel reply.