This is a Sanskrit mantra for the devotion of Lord Shiva (in Sanskrit signifies Auspicious One), or Siva, is one of the main Deities of Hinduism.

Another meaning of Shiva is direct: „who promises you bliss”. He is worshiped as the paramount lord in Shaivism and He represents the Consciousness of Infinite Goodness.

He forms the part of the Trimurti (Trinity), the other being Lord Brahma, the creator, and Lord Vishnu, the preserver. Lord Shiva is known for the complexity of his nature, picturing contradictory qualities.

It is also said that Lord Shiva represents the threefold qualities of nature: creation, preservation, and destruction, although preservation is usually attributed to Lord Vishnu.

Lord Shiva is called The Great Destroyer because by transforming our reality each moment, He destroys what was – to create what is.

It is considered that followers, who read, memorize or recite these 108 auspicious names of Lord Shiva with single-minded focus and sincere heart, will receive the blessing of the Lord and be shorn of all negative actions.

An important aspect of Shiva is called ”Shambho.” 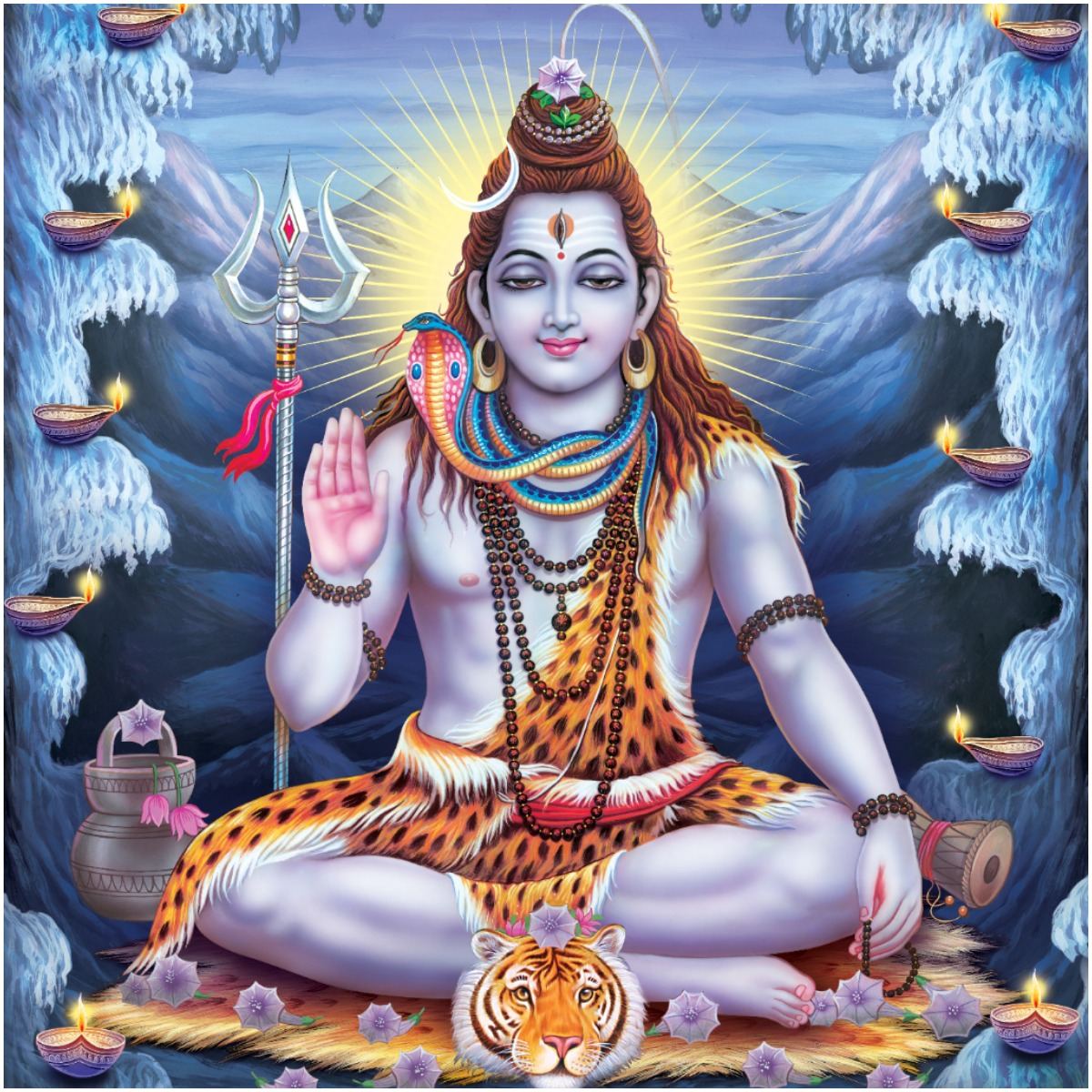 Normally, Shambho, or this aspect of the root energy is worshiped by only people who are on the spiritual path, because the word Shambho means “the auspicious one”.

The most auspicious thing that can happen to you is to realize yourself, is to reach the highest within yourself. The sound Shambho is very, very significant.

„The power of this sound and the capability of this sound to liberate a being from one dimension of entanglement and move him to a different state of freedom is something phenomenal, especially because everything that we have done here is engineered around this particular reverberation.”

This is a powerful Sanskrit mantra of devotion, love, and great beauty.

Chanting with since devotion the names of the Divine can be done inwardly or outwardly. This, ultimately, will lead the heart to open to the Divine Consciousness and inner peace.

It contains the 8 sounds which stimulate the Kundalini to flow in the central channel of the spine and in the spiritual energetical center.

The mantra calls upon the energy of the sun, earth, moon, and the Infinite Spirit to bring inner healing.

The Ra Ma Da Sa mantra is can be chanted to heal the self or to send healing energy to anyone you wish. But, don’t forget, the correct pronunciation is required.

This Sanskrit mantra is known as the beej mantra since it has within it the true essence of Lord Ganesha.

Moreover, a regular recitation of this mantra pleases Lord Ganesha for being addressed in the best way possible.

This is a remarkable mantra that is used to vibrate towards unity, friendship, communion, and understanding, which are all inseparable traits to achieve inner peace.

The first time I chanted this mantra I felt alive and at peace! Reading and understanding it makes what I experienced perfect!

thank you thank you so much I always feel liberate when i listen to this mantra. The sound of Shambo is very important to me now that i know its meaning. much love !!!