Metatron, The Prince of Presence, is the name of an angelic being described in the Babylonian Talmud and other mystical writings.

Metatron serves as a bridge to Earth. His strong connection to humanity and closeness to the Creator make him a quintessential angelic help.

Metatron means either “one serves behind [God’s] throne” or “one who guards.”

Metatron and Sandalphon are believed to be the only two angels to have ascended from a human incarnation on earth, into the angelic realm.

According to the mystical writings, Metatron is second only to God in terms of strength and glory, wisdom and power, and that the other angels are all ruled by him.

Metatron is mentioned in passages of the Babylonian Talmud — an ancient text containing Jewish ideas and sayings. It mentions Metatron by name in three places:

For instance, in Hagigah 15a it is said that Elisha ben Abuyah (a rabbi born in Jerusalem sometime before 70 CE) saw Metatron seated in Paradise and said, “perhaps there are two powers.” Note – sitting down is an action that is not done in the presence of God.

The Talmud explains that Metatron was given permission to be seated only because he was the Heavenly Scribe recording the good deeds of Israel.

The Talmud also states that it was proved to Elisha ben Abuyah that Metatron is not a second deity since Metatron received 60 “strokes with fiery rods” to demonstrate that Metatron was not a god, but an angel, and could be punished.

In Islamic tradition, he is also known as Mīṭaṭrūsh.

The name Metatron is not mentioned in the Torah. But, in Jewish apocrypha “Metatron” is the name that Enoch received after he ascended to heaven and was changed from a human being into an angel.

“This Enoch, whose flesh was turned to flame, his veins to fire, his eye-lashes to flashes of lightning, his eye-balls to flaming torches, and whom God placed on a throne next to the throne of glory, received after this heavenly transformation the name Metatron.”

Enoch as Metatron is the archangel responsible for recording the deeds of all creation in the Book of Life.

Metatron is never mentioned in the Bible, but Enoch is. The belief that he was taken alive is shown in Hebrews 11:5:

”By faith Enoch was translated that he should not see death; and was not found, because God had translated him: for before his translation he had this testimony, that he pleased God.”

In the Book of Zerubbabel, Metatron is not identified as Enoch but as the archangel Michael.

The book details how Zerubbabel had a vision in which he is transported by Metatron to Ninevah, the “city of blood” representing Rome.

READ MORE: Facts About Angels in the Bible 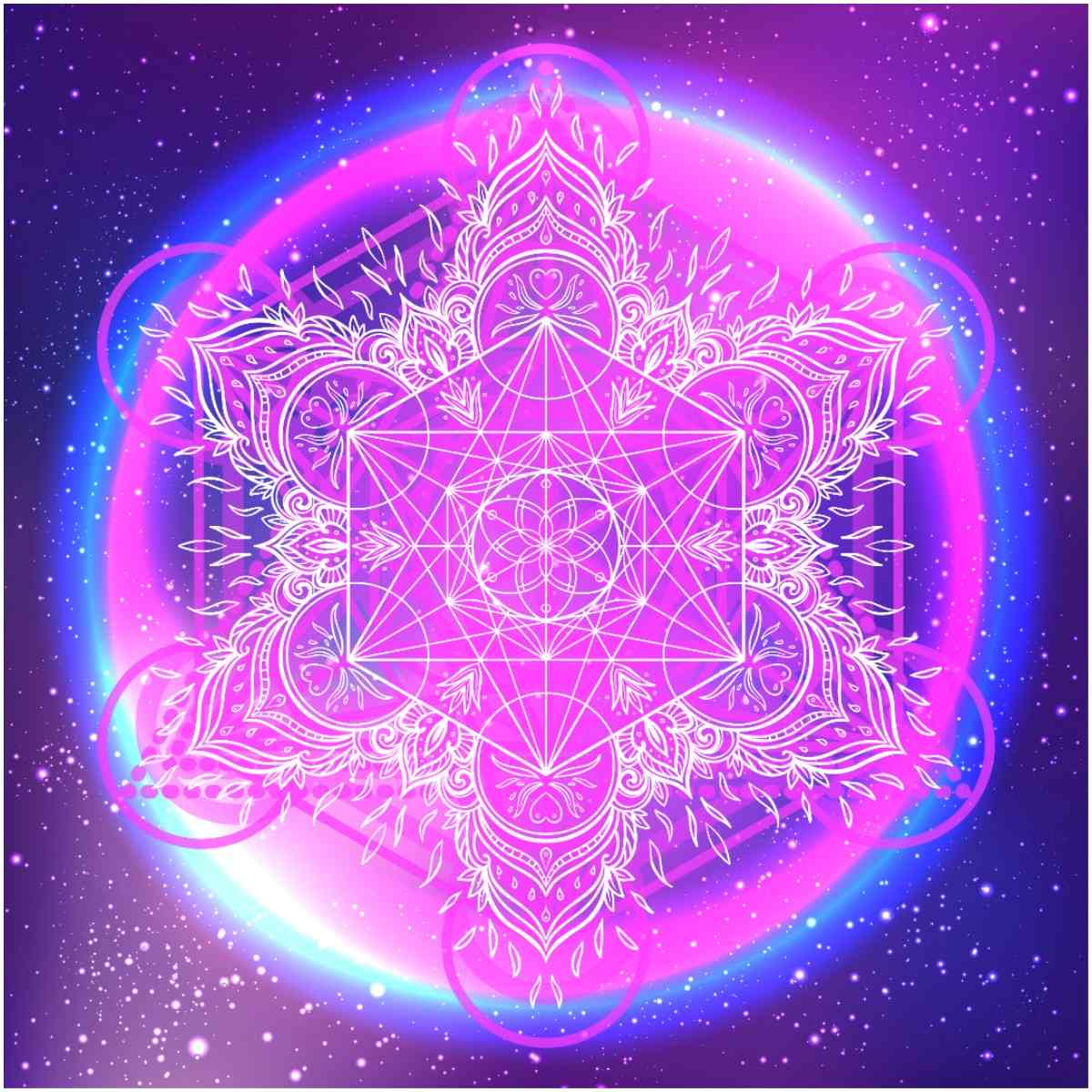 The Cube is derived from the ancient structure of the Flower of Life.

”Metatron’s Cube can be used as a visual focal point to connect with the archangel, or it can be used as a concentration tool for meditations that promote peace and balance,” wrote Rose Vanden Eynden in ”Metatron: Invoking the Angel of God’s Presence.”

In an attempt to diminish the increasing influence of New Age religious movements, The Vatican has banned the veneration of angels who do not appear in the Bible in 2002, reported The Telegraph.

According to a 300-page Directory of Public Piety, all prayer and veneration should be directed solely towards Raphael, Gabriel, and Michael.

“The danger of superstition is everywhere in the religious phenomenon,” said Cardinal Medina Estevez. He added: “We need to purify that which is not consistent with faith and revelation.”

READ THIS NEXT: What Is the Book of Enoch and Should it be in the Bible?

I was told that I was being channeled by metraton and Raphael.

how significant is that? I was told I have the highest level there is to be channeled

also I have been contacted by two from the Afterlife dismension.

I have rfecveived three letters that appeared on my cell and Ipad all three are angelic in content and are personal and caring and concern.

I am formulating this to give to the world as proof of afterlife. I have had these contacts for over 12 months now. I believe and pray to GoD will give me the directions I need.

mankind has been searching for proof of God. I have that proof of afterlife aand if there is afterlife than there is a God.

I need another divine intervention would help me. I am guarded by Angels in my home. Pictures to prove that. I know that evil exists and I am cautious. I only ask for a prayer from you for protection