What Is Stevia And Its Origin?

Stevia is a small perennial herb from the Chrysanthemum family which grows wild as a small shrub in parts of Paraguay.

It is used as a natural sweetener, being up to 300 times more concentrated than sugar.

Although it originates in Paraguay, it is currently found in countries such as Brazil, Korea, Japan, and China. In Paraguay the plant grows harmoniously and resists a long time; however, in other countries, it merely shows a satisfactory survival rate.

In its original form, this herb was marketed as a powder. Although it is very sweet (up to 300 times sweeter than refined sugar), it still leaves a bitter flavor, due to a compound called “stevioside”, which has limited acceptance among buyers.

But manufacturers have figured out how to retain that sweet taste – and all the benefits of the plant – without the bitter flavor.

There are over 100 species, but only one stands out due to its excellent properties as a sweetener, namely: Stevia rebaudiana.

It contains the rebaudioside A compound, practically the sweetest aromatic compound of the stevia leaf. Furthermore, this compound doesn’t leave a bitter taste.

Major manufacturers decided that both stevioside and rebaudioside A become part of the artificial sweeteners based on stevia, such as to maintain a balance.

Is There A Blind Acceptance Of The Plant?

Although it was already accepted almost unanimously around the world, the plant was banned at some point in time in the US (in 1991 by the FDA), under a preliminary study that incriminated the sweetener as cancer-causing or at least high risk in this regard.

But in 1995, the restriction of its marketing in the US stores was lifted, after another study which recommended that the plant itself should no longer be categorized as a natural sweetener, but as an artificial and safe one.

Then, in December 2008, FDA accepted this natural sweetener as “GRAS” (Generally Recognized as Safe) and, since then, it can be found as an artificial sweetener in almost all US food stores.

As far as the major American manufacturers are concerned, it took them several years to find the right formula to implement the sweetener to commercial products, and now it is found in – soft drinks, chewing gums, wines, yogurts, candies, and more.

Also, it can be used for cooking and/or baking, but in smaller proportions because of its concentration.

Extensive Studies About The Side Effects Of Stevia 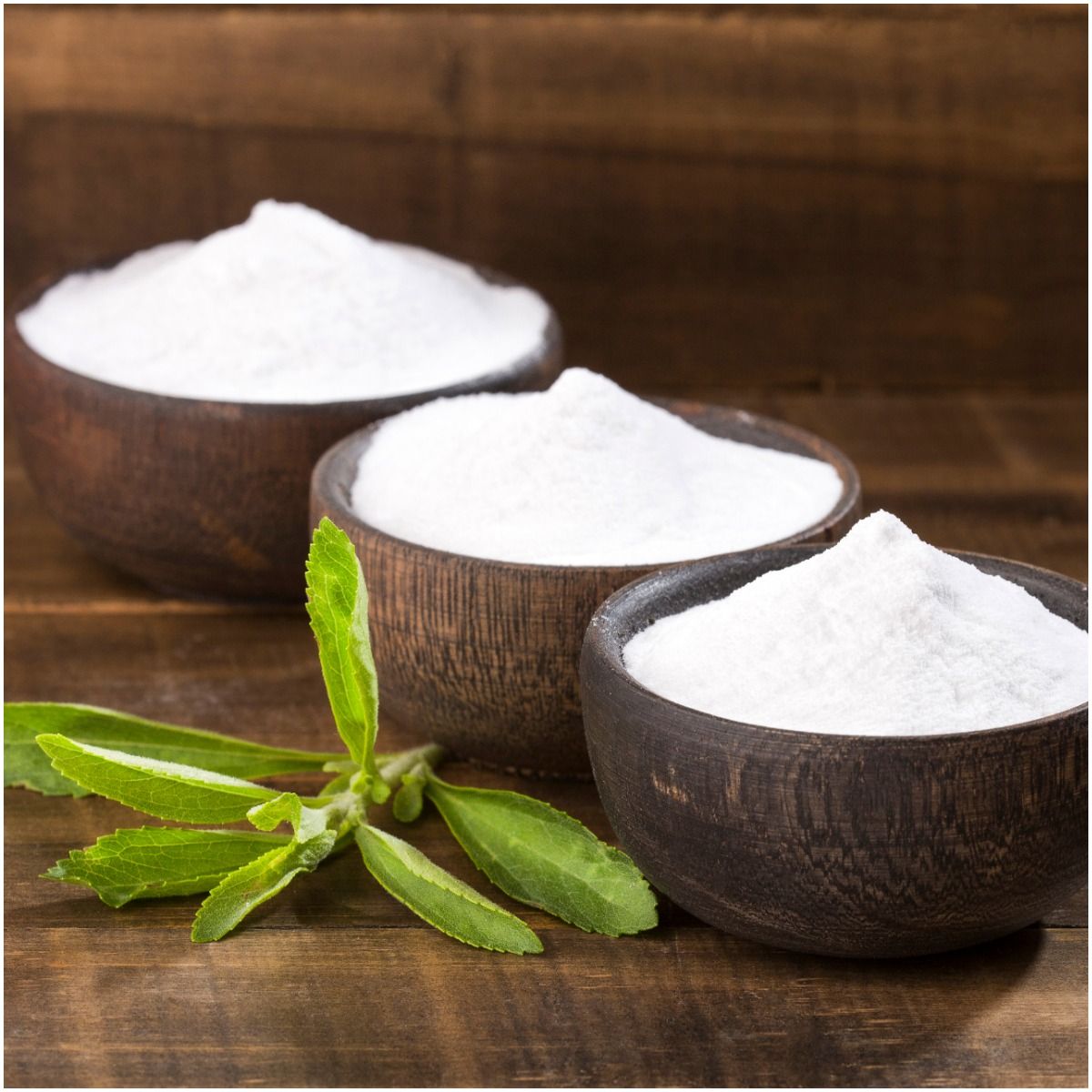 Some professional long-term studies confirmed that this herb can have repercussions on broad consumer’s health, namely the degree of cancer risk.

The study was conducted by a group of toxicologists from the University of California, Los Angeles, namely on the nutritionists’ demand from the Center for Science in the Public Interest.

Furthermore, the authors concluded that the stevioside, not rebaudioside A, can cause genetic mutations, chromosomal damage, and DNA breakages.

Researchers think that these changes could contribute to the malignancy of diseases such as cancer although no one has studied exactly whether or not these compounds can cause cancer on animal patterns.

It is notable that itself doesn’t cause infertility, nor does it worsen diabetes, as it results from other professional studies. In fact, one can say that tolerance to glucose improves considerably using this herb as a food sweetener.

Therefore, it could serve as an adjuvant in cases of type 2 diabetes, namely by inducing the pancreas the need to release insulin.

In other countries, such as the case of Japan, where artificial sweeteners were banned more than 40 years ago, stevia has passed the “test,” but only after more than 40,000 clinical trials.

However, there aren’t enough studies on the long-term effects of the “miracle sweetener” and it is still suspected to be causing complications, particularly if used in large quantities by the domestic consumer. 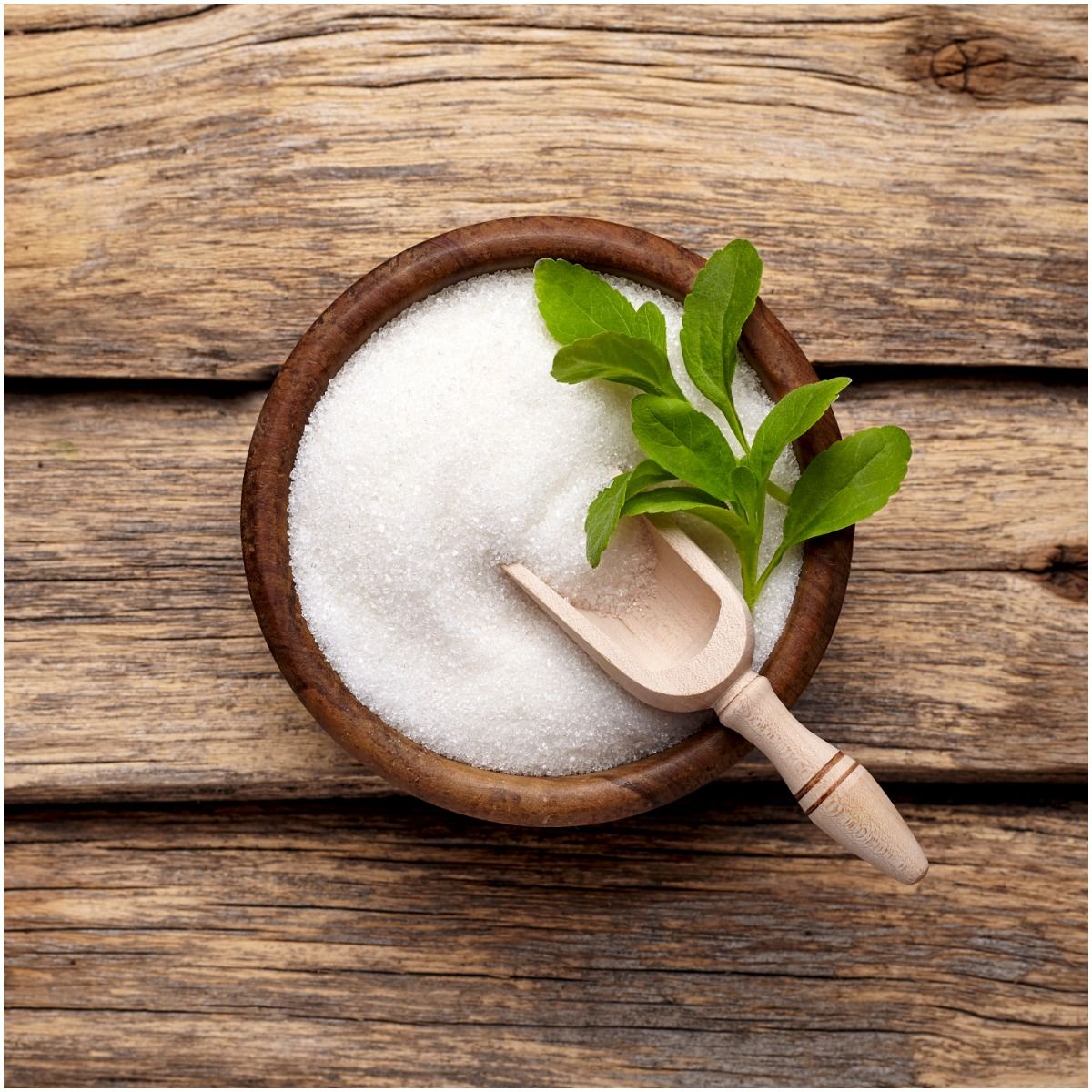 Although is a plant before it hits the stores’ shelves as a sweetener, it goes through various manufacturing processes and it can be added other ingredients such as erythritol – a food additive, “natural flavors” and dextrose – a fast-absorbing simple carbohydrate, with a high glycemic index which is often extracted from maize, wheat or rice.

It Has No Calories But Doesn’t Necessarily Help Lose Weight

It may seem a solution for those trying to get rid of extra pounds, but there is no conclusive evidence that any substitute of sugar helps to lose weight.

A recent study has shown that artificial sweeteners may have effects on the body that lead to diabetes or obesity.

Under Any Other Name… 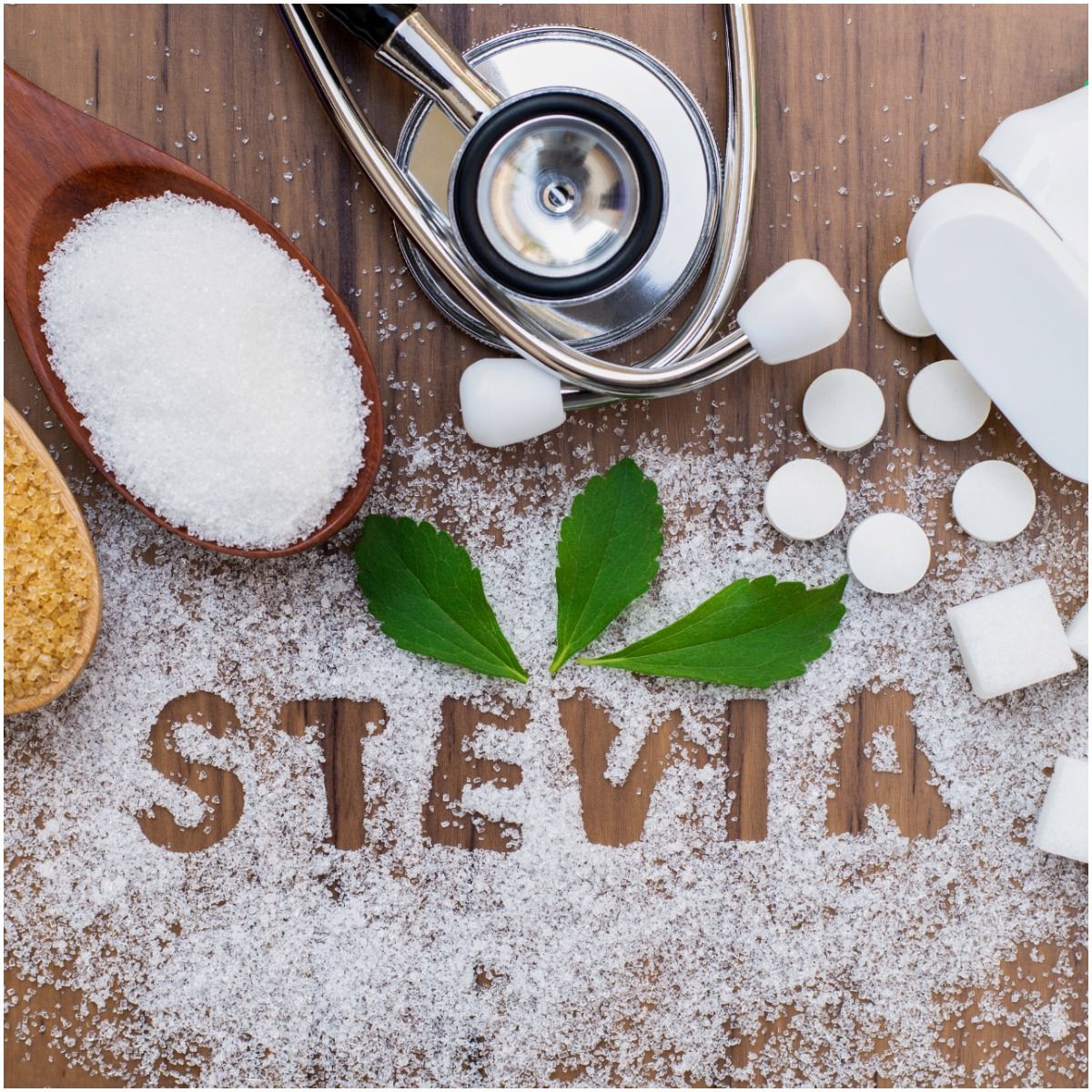 This plant is sold under so many names that it would be difficult to identify them all, but you should know that currently famous soft drinks around the world already use this plant under the name of: “Truvia”, “PureVia” and “SweetLeaf.”

So if you have the curiosity to read the composition of these popular products, but don’t recognize the names, know that it is basically the same, with small differences in reports of stevioside and rebaudioside, but still the same plant.

It is best to look on the label next time, but don’t get alarmed. In any case, if you order any low-calorie soft drink, certainly you will find processed stevia in it as well.

Update – in 2019, Sweet Green Fields and Tate & Lyle have introduced Zolesse, a glycosylated stevia extract that may be labeled as a natural flavor under the FDA’s definition.

Reuters news agency states, mentioning a report from the Journal of the American Society of Nephrology:

“Regardless of the type of sweetener, it contributes to the installation of obesity, diabetes, heart disease and risk of stroke.”

The consumption of sweeteners is not in the least risk-free, even if advertising campaigns present only the positive side. To minimize risks, the best way is not to replace sugar with artificial or “natural” sweeteners, but to eat only fresh fruit (organic if possible) as “something sweet”.

READ THIS NEXT: Flax vs Chia: Which Seeds Are Better?